This Season, Celebrate with Shochu

This article appears in Holiday 2022: Issue No. 76 of Edible East End.

You’re going to want to raise a glass (or two) of shochu this festive season. 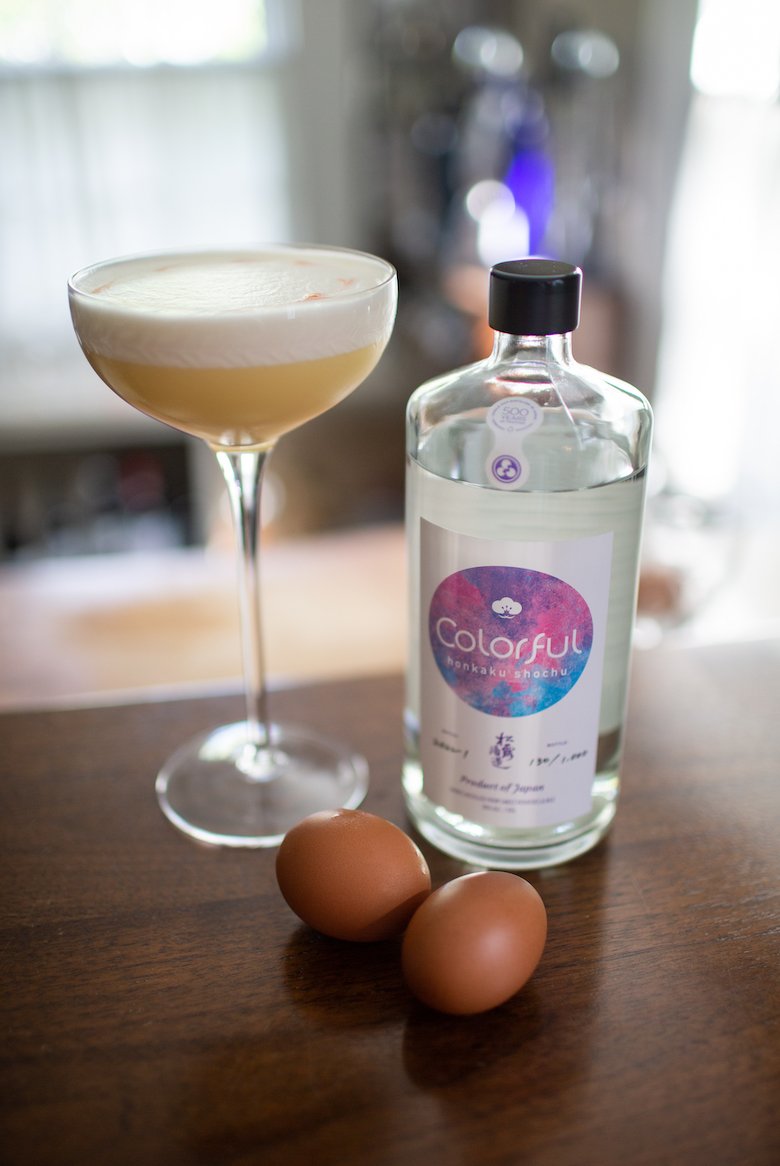 Add a bottle (or two) of shochu to your bar cart this holiday season.

Add a bottle (or two) of shochu to your bar cart this holiday season. Trust us. Beloved for centuries in Japan, shochu (pronounced show-choo) is a koji-based spirit. Koji, a famous mold in Japan, is used in the fermentation process of soy sauce, miso, sake and shochu, which is fermented and distilled from grains such as rice or barley and vegetables like sweet potatoes.

There’s a lot of variation in the flavor of shochu depending on precisely what combination of grains and vegetables are used in the distilling process. In general, though, expect it to have an earthy taste with some nutty or even floral and fruity notes. Like many wines, there is a great deal of nuance and subtle complexity to be found within shochu.

“Like winemaking, there is a rich history of discipline, care, and refinement of craft in the making of shochu, with many distilleries spanning over many generations, carrying forward and honing the skills passed down through their families,” says Kyle Fengler, the Restaurant Bar Manager at Bridgehampton Inn & Restaurant.

It’s the star of the flip cocktail, Harmony, at Bridgehampton Inn & Restaurant, where Fengler uses Honkaku Spirits‘ Colorful—a sweet potato shochu made from blends of a 2016 black koji rice and Miyazaki Beni sweet potatoes distill and one from a 2019 white koji rice and Tama Akane sweet potatoes—combined with apple, pear, chamomile and lemon to create a cocktail with a velvety, soft mouthfeel that elevates the floral notes of the shochu.

“I wanted to take flavors that would accent and harmonize with the shochu to elevate its existing flavor profile, rather than overpower or cover it,” says Fengler. “It is light enough to have before dinner, but with enough structure to stand up to modestly rich dishes. I would pair it much the same as I would a younger or less oaked Burgundy chardonnay, with poultry, fish, mushrooms, and dishes with cream or butter that are not assertively gamey or heavily spiced.” 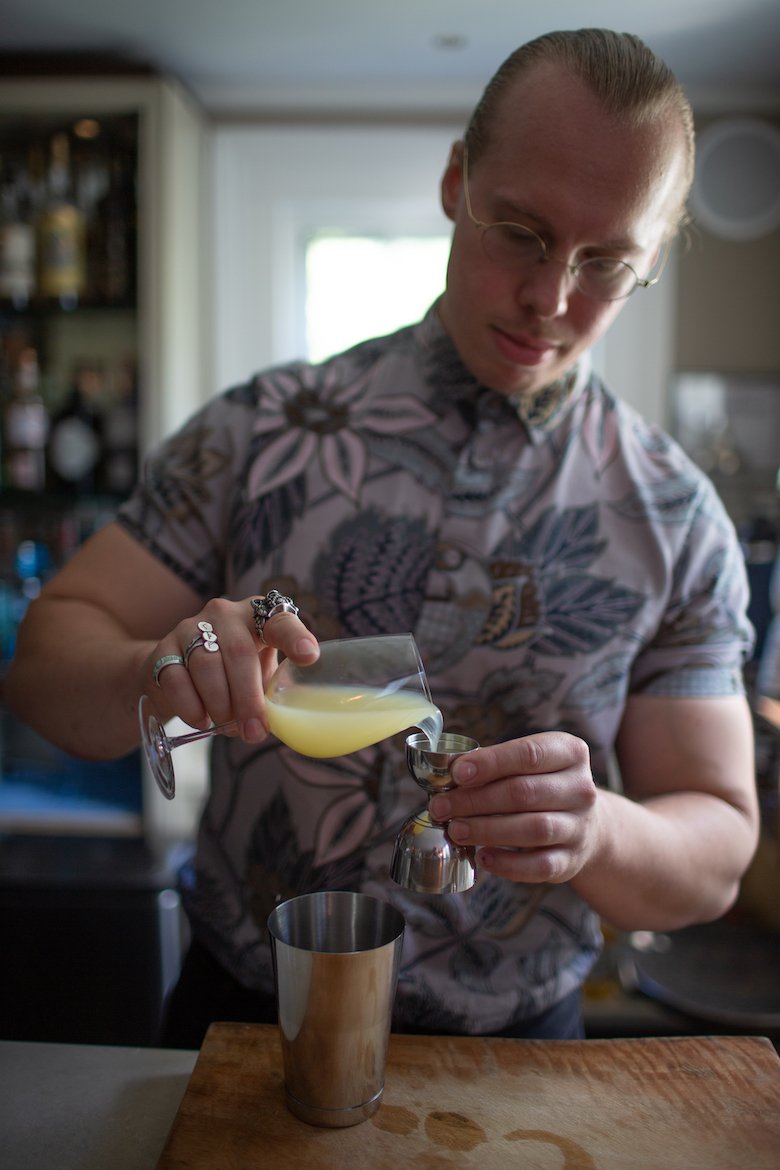 “Like winemaking, there is a rich history of discipline, care, and refinement of craft in the making of shochu, with many distilleries spanning over many generations, carrying forward and honing the skills passed down through their families,” says Kyle Fengler.

Colorful, also available in Race Lane in East Hampton and McNamara Liquors in Bridgehampton, is one of the latest shochu releases from Honkaku Spirits. The company, which offers 10 other types of shochu, as well as Ryukyu Awamori from Okinawa and a Koji whiskey, partners with family-run distillers throughout Japan to bring the spirits to the U.S. market.

With its long, storied history and wealth of different flavors, there’s no one way to drink shochu. It lends itself well to cocktails.

“I find shochu an invigorating spirit to work with,” says Fengler. “Shochu is also a rare category of distilled spirit that is frequently found at a lower ABV [alcohol by volume] percentage than most spirits, and can thus be used to create more spirit forward cocktails, without the ethanol driven characteristics becoming overpowering.”

But you can also serve shochu straight up, on the rocks or even diluted with hot or cold water. There’s also no “right” temperature at which to drink shochu, and the spirit’s versatility allows for enjoying it cold, at room temperature or even in a hot cocktail.

So go ahead and raise a glass of shochu, however you prefer it. 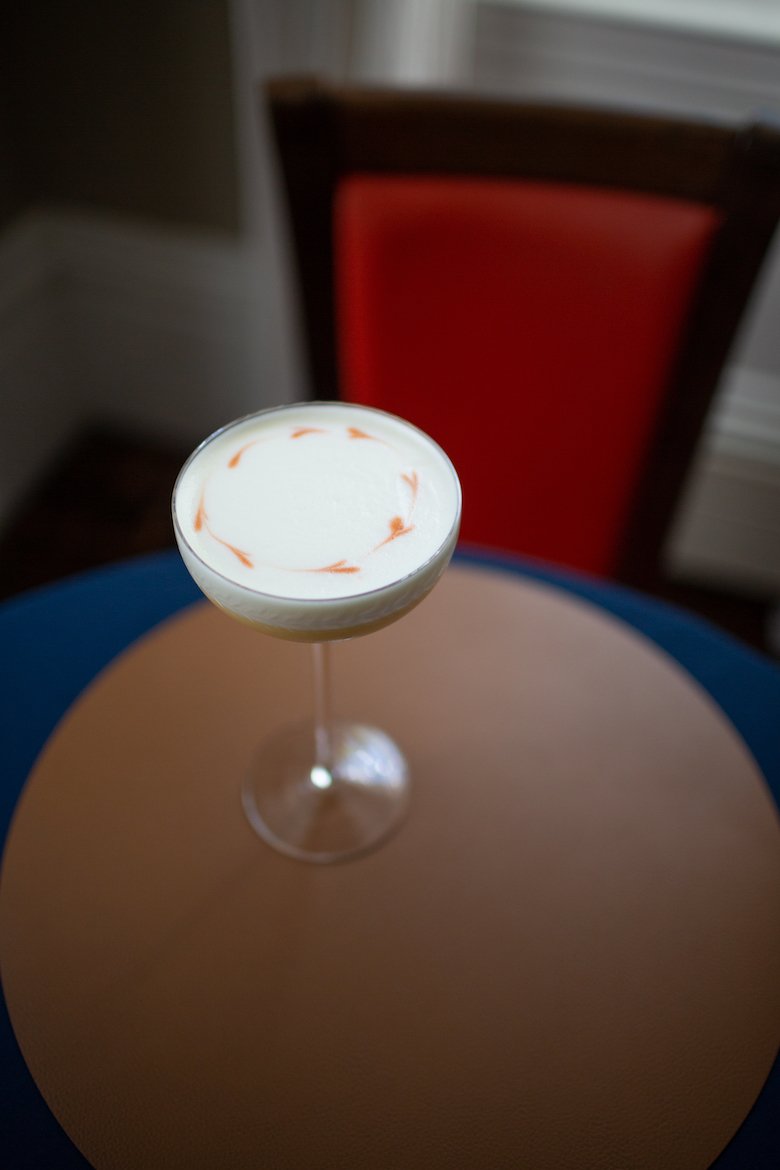