‘The Man Who Planted Trees’ Is Planting Redwoods on Long Island

A living classroom grows in Bridgehampton. 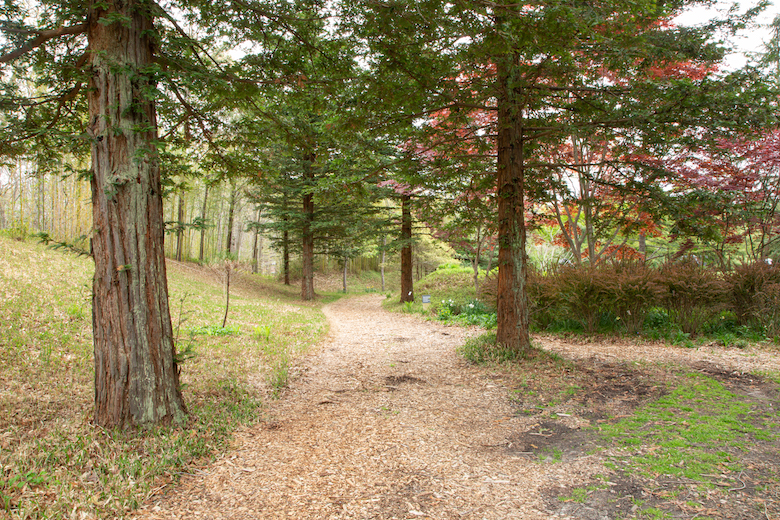 David Milarch was out to dinner with Charlie Marder, of Marders in Bridgehampton, when he first heard about the redwoods. They were coastal redwoods over a hundred years old and probably, said Marder, about two feet each in diameter. They were right in East Hampton, about a half-dozen of them, all at LongHouse Reserve.

Milarch was visiting the East End at the request of editor Cindy Spiegel, who published Jim Robbins’s beloved book on Milarch, The Man Who Planted Trees, in 2012. The book recounts the creation story of Milarch’s non-profit organization, The Archangel Ancient Tree Archive, and its central mission to clone ‘champion trees’—meaning, the oldest and largest trees growing in any given area—in order to propagate, reforest and archive these trees and, in doing so, perform the climate-saving work of offsetting carbon.
“Our secret,” says Milarch, “was this: We found out that if you go to the very tops of the trees, out to the ends of the branches, to this year’s new growth, to the stuff that just grew this year, and you go out there at the right time, you can bring it down and root it just like rooted cuttings in mist chambers.”

No one believed Milarch’s method would work. When it comes to propagating trees, starting with seeds has always been the benchmark. So, no, said the experts; Milarch’s method shouldn’t, wouldn’t work. But it did. 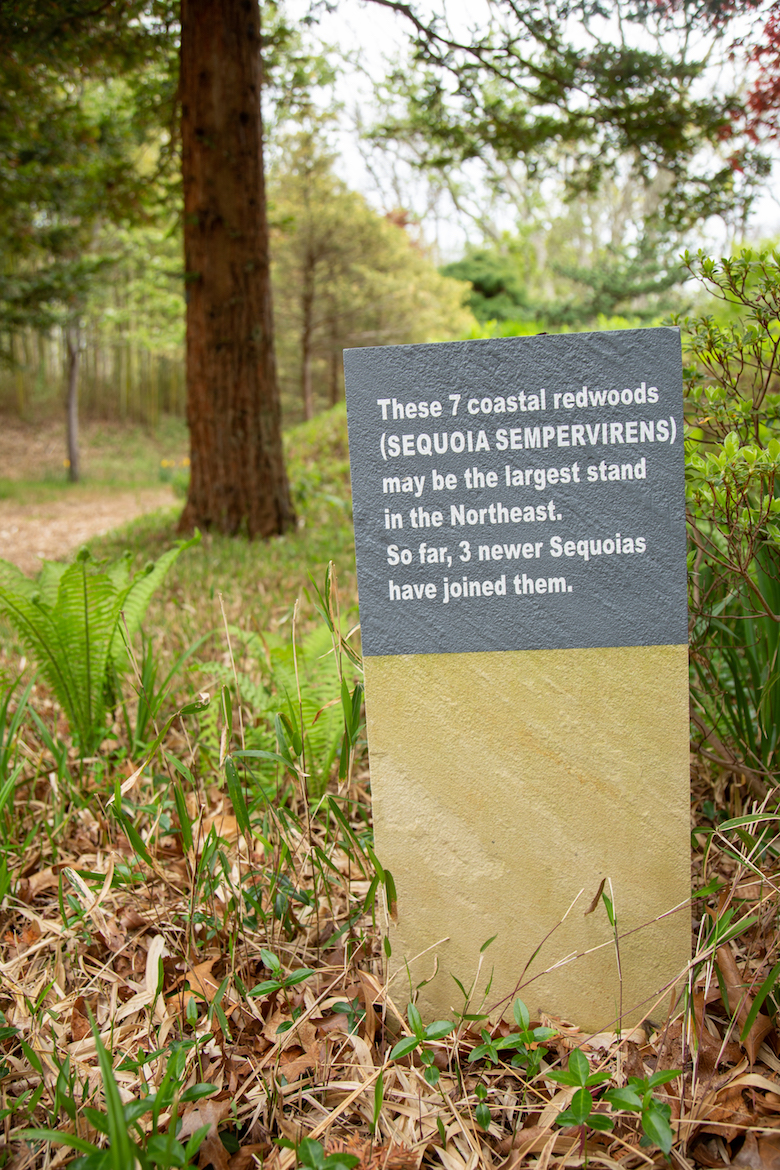 LongHouse Reserve’s seven redwoods may be the largest in the Northeast.

Since founding the Archangel Ancient Tree Archive twenty-five years ago, in his hometown of Copemish, Michigan—“a little village,” says Milarch, “and a thriving community of 161 souls”—Milarch has successfully cloned trees planted by George Washington at Mount Vernon, a beech tree planted by the Roosevelts at Sagamore Hill, and many of the world’s oldest sequoias and redwoods.

This is why Milarch’s first reaction was one of disbelief when Charlie Marder told him about those East Hampton coastal redwoods. He knew from experience that they just shouldn’t grow there. Dawn redwoods, maybe. Coastal redwoods? Never.

“I said, ‘Well, Charlie, I will have to see that to believe it,’” says Milarch. “So after dinner, he took us out to LongHouse and lo and behold, there’s about a half-dozen coastal redwoods growing! I said, ‘But doesn’t it snow here?’ Yes, it does. ‘But doesn’t it freeze here?’ Yeah. So I said to myself, ‘Wow. I have never seen this.’ It was just incredible. I knew immediately that these trees must have had a secret somewhere in their genetics, somewhere in their vast history of thousands, tens of thousands of years, that gave them a predisposition genetically to withstand the cold and thrive here.”

Marder asked if Milarch would ever be interested in cloning them—if he got permission, of course. The answer was an immediate yes. 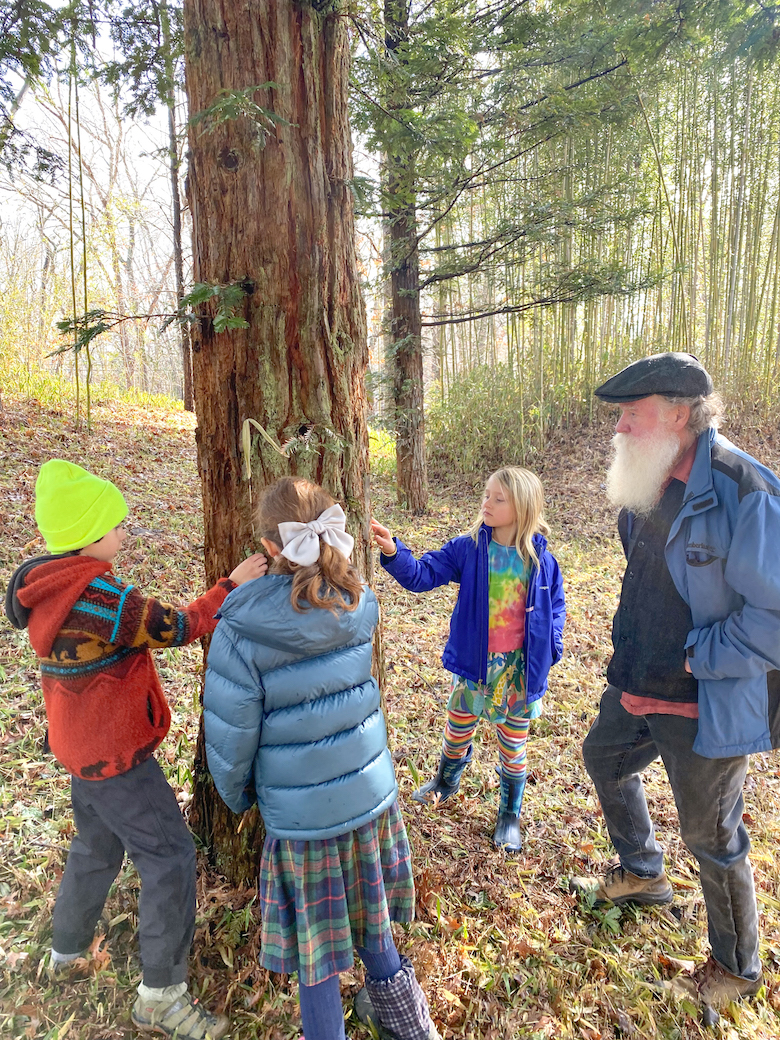 And so began the magical, mysterious story of how a grove of redwoods came to be planted on the East End in the year 2022. From there, the rest of the story emerges almost like a fairy tale, with Scott Chaskey starring, as always, as the fairy godfather of stewardship and working tirelessly to enrich the Earth.

“I met Scott and I just said, ‘Hey, we’ve got probably 200 Long Island redwoods growing that are 18 to 24 inches inches tall in pots and I think we ought to start planting redwood groves,” says Milarch. “He said, ‘Yes, I think we should.’”

Jonathan Snow, co-founder of Hayground School in Bridgehampton, was also in agreement.

“I met [Milarch] when he came to talk at Marders and found his work very inspiring but didn’t think I would ever get to work with him,” says Snow. “But then he heard about Hayground and he said, ‘This is the kind of school that I think I could really do a project with.’ He had wanted to get children involved in his work for a long time, but I don’t believe he ever thought he would find a school like us that said, ‘Yes, of course! Use three acres!’”

The partnership was as perfect as it was initially unexpected. Earlier this spring, Milarch and his team—along with the students and staff at Hayground —planted a grove of coastal redwoods that lead to a redwood-lined, circular space that the school will eventually utilize as a ‘living classroom.’ 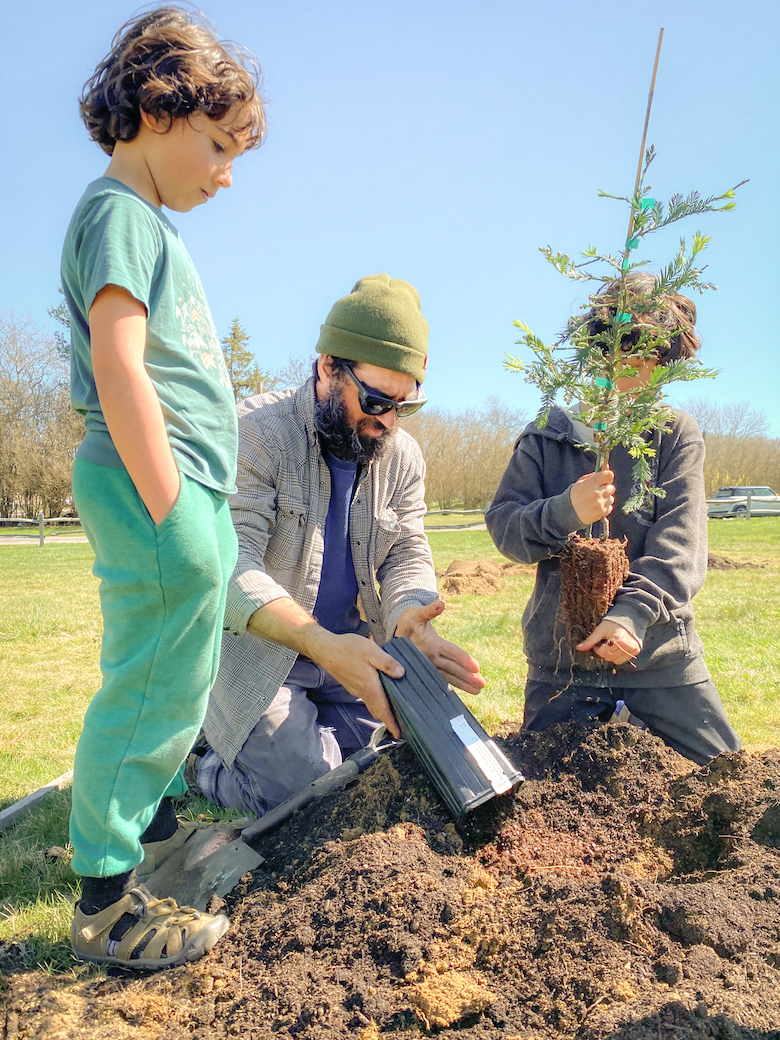 Micah Marder, with his sons Indie and Eider, planting redwoods at Hayground School.

“It’s a beautiful start,” says Milarch. “With the right funding, I know we could produce a grove of 200 of these trees to build the world’s first old-growth redwood forest right on Long Island. Wouldn’t it be nice to leave a forest like that behind when we all pass over? If every single human being on this planet—man, woman and child—planted two trees a year for the next 20 years, our carbon emission rates would be back to 1980. There are ways to do this. And if we have the collective will, and if people know that there really are solutions out there, and we begin to teach this in schools all over the country, we could still turn it off. Doom doesn’t have to be inevitable; we just need to get busy.”

Take one look at the redwoods growing at Hayground School, and imagine an entire forest of identical trees soon growing elsewhere, and you’ll see for yourself: Milarch, at least, has never been busier.