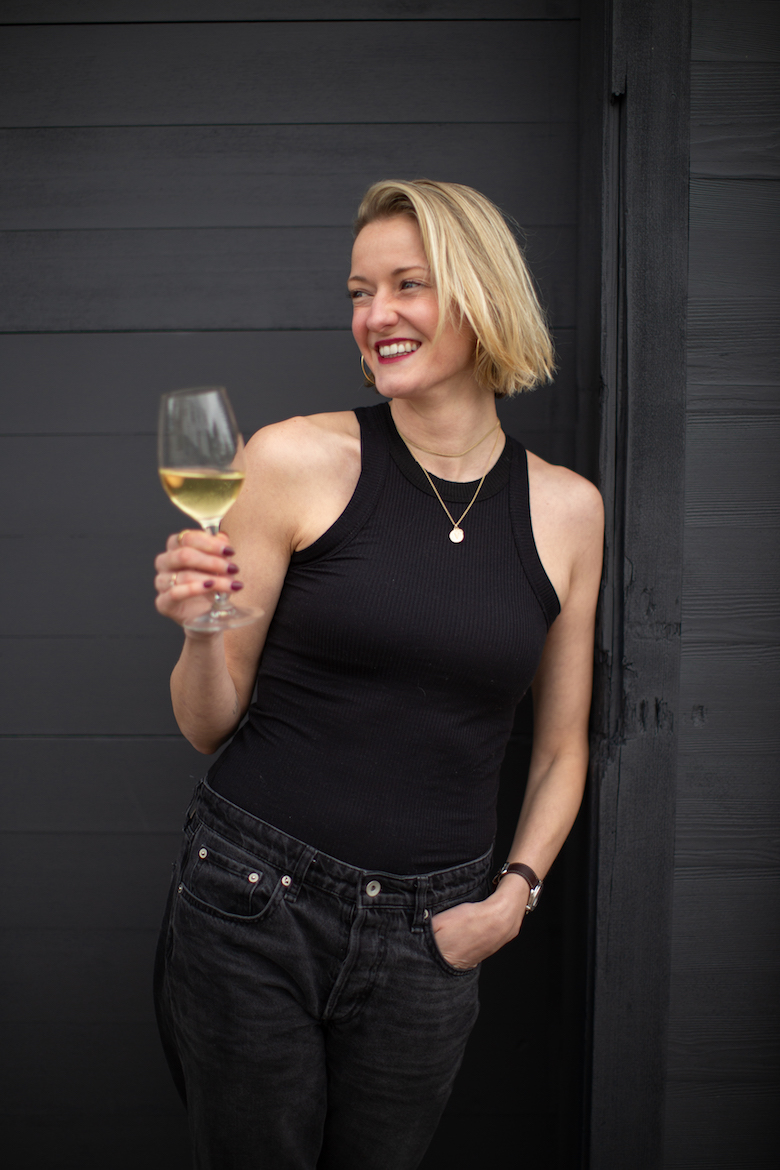 Vanessa Price will open Mavericks in Montauk later this summer.

Vanessa Price wants to know if I drink martinis. She is conducting a poll and is curious to hear my thoughts.

“So, here’s the question,” she says. “Assuming the amount of liquid inside the martini is the same, would you rather have it served in a traditional martini glass that comes to the table filled to the brim, or inside a big glass with a one-inch watermark?”

Price assures me that both martinis would contain the same amount of vodka or gin. The question, really, is which experience of a martini would give me more pleasure: The gregariousness of drinking it from a goblet, or the satisfaction of seeing it spill over the sides of a traditional glass?

This is the level of thoughtfulness that Price is bringing to Mavericks, her new restaurant slated to open in Montauk this summer. And it is this same thoughtfulness, this same intensity of care, that will elevate Mavericks from being the ‘hottest opening of the season’—a cliche trotted out every year that, though tried, is not always true—to a lightning-hot beacon of a restaurant that will blaze far beyond its opening, illuminating just what true localism can do.

Price never dreamed of opening her own restaurant. Originally from Kentucky, she is best known for her work in the wine world, having moved to Manhattan in 2007 to work as a sommelier on the Upper East Side. This was long before she became the author of the beloved book Big Macs & Burgundy: Wine Pairings for the Real World in 2020, and managing partner of Ev & Em Vineyards, Dan Abrams’s new winery on the North Fork of Long Island, in 2021.

Answer: Montauk. Like so many people in the hospitality industry, Price arrived at ‘The End’ and found a new beginning.

“Montauk just became part of my territory and I began to spend more and more time out there,” says Price. “And then I developed this whole community and ended up writing the wine list for Jayma [Cardoso] over at Surf Lodge and helping out a lot at the Montauk Beach House, doing service with them. I just sort of fell in love with the community and the place.”

But there was one place in particular that Price especially fell in love with: 51 South Edgemere. 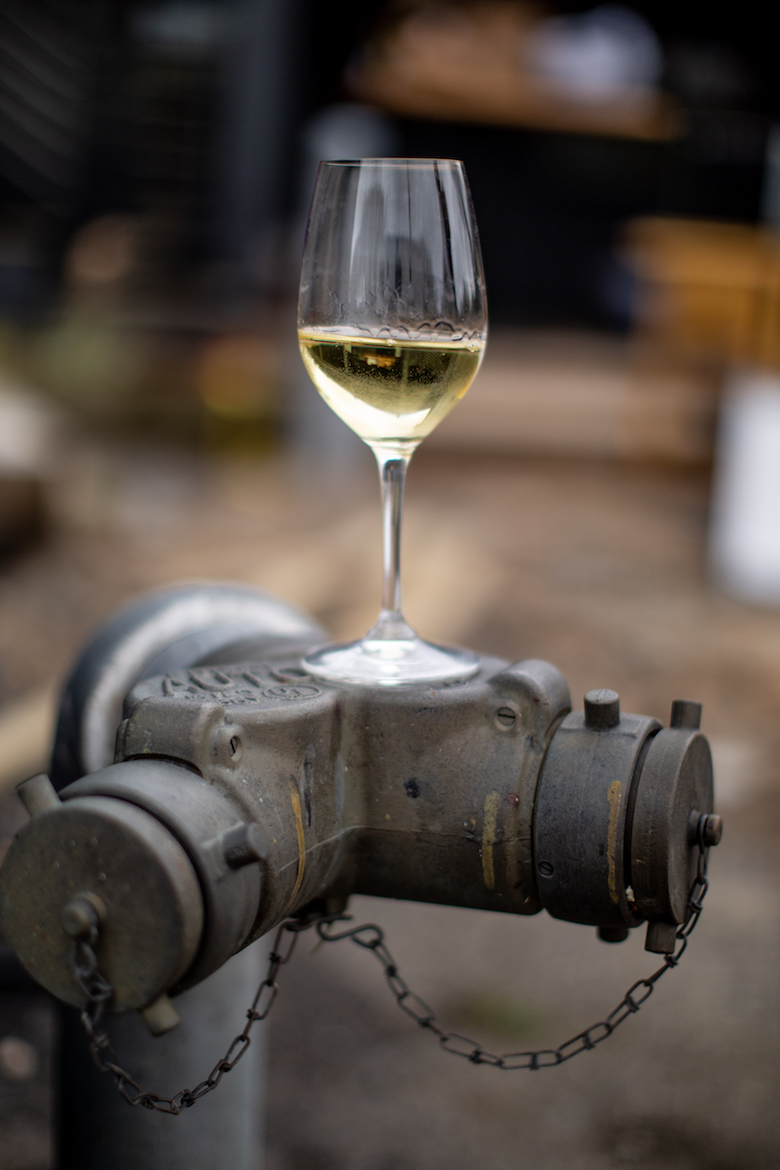 Located on the edge of Fort Pond—but right in the thick of things, halfway between town and Surf Lodge—51 South Edgemere Street is a giant property that, historically, not many people have known about. In a sense, at least for visitors, it’s always been part of the sort of ‘flyover country’ of Montauk, a 100-year-old dartboard of a building perforated with dreams that, for some reason, never quite stuck. Not the Stone Lion Inn, a charming, waterfront hotel. Not East by Northeast, an excellent, Jeremy Blutstein-led restaurant.

“I just instantly fell under the place’s spell,” says Price. “And I couldn’t understand how it had been so overlooked. It was just so singular in my mind. The view is something that there just aren’t words for. I’ve seen sunsets in Nice, sunsets in Malibu—and the sunsets from 51 South Edgemere just totally compete with them. It’s a massive space with so much history, so much promise, and then you tell people the address and they’re like, ‘Wait, where is that?’”

Soon, no one will need to ask. Price, alongside a team of investors, purchased the property—a 15,000 square foot space with a 5,000 square foot dining room—several years ago and has been working to revitalize it, both physically and conceptually, ever since.

“The building needed a lot of love,” says Price. “It’s over 100 years old and was actually moved to its current location in the 1920s. So there was a lot to do. The building had become a tangled hodgepodge over the years. Everything was in the wrong place. The bar was looking out at the parking lot and had a wall obstructing this incredible waterfront view. So we had to untangle everything, play a little Tetris, and figure out what the space wanted to be. When you come to Montauk, you want to feel like you’re in Montauk—but that doesn’t mean that everything has to be sandy feet and tacos, right? There can be more elegant iterations of that experience and that’s what we thought Mavericks would really be able to provide.”

And so the concept was born: Mavericks would be “a steak place but not a steak place”—an idea that quickly became the restaurant’s tagline.

What followed next was a whole bunch of waiting—for approval from the Montauk planning board, for the global pandemic to either quiet down or run its course, for a wide array of shipments that were delayed, delayed and delayed some more.

“Then, at the beginning of this year, I was having a meal at Gramercy Tavern and had the wonderful pleasure of being able to speak with their head chef, Michael Anthony,” says Price. “And, in conversation,I just sort of told him that I was looking for a head chef for Mavericks. He instantly said, ‘There is no one better than Jeremy [Blutstein]. There’s just no one better. You need to just ask him the question.’ So I reached out to him and was like, ‘Look, we don’t really know each other that well, but your name just reverberates off the walls in this community and one of the greatest chefs in contemporary New York City history says you’re my guy. So, yeah, I think you might be my guy.’” 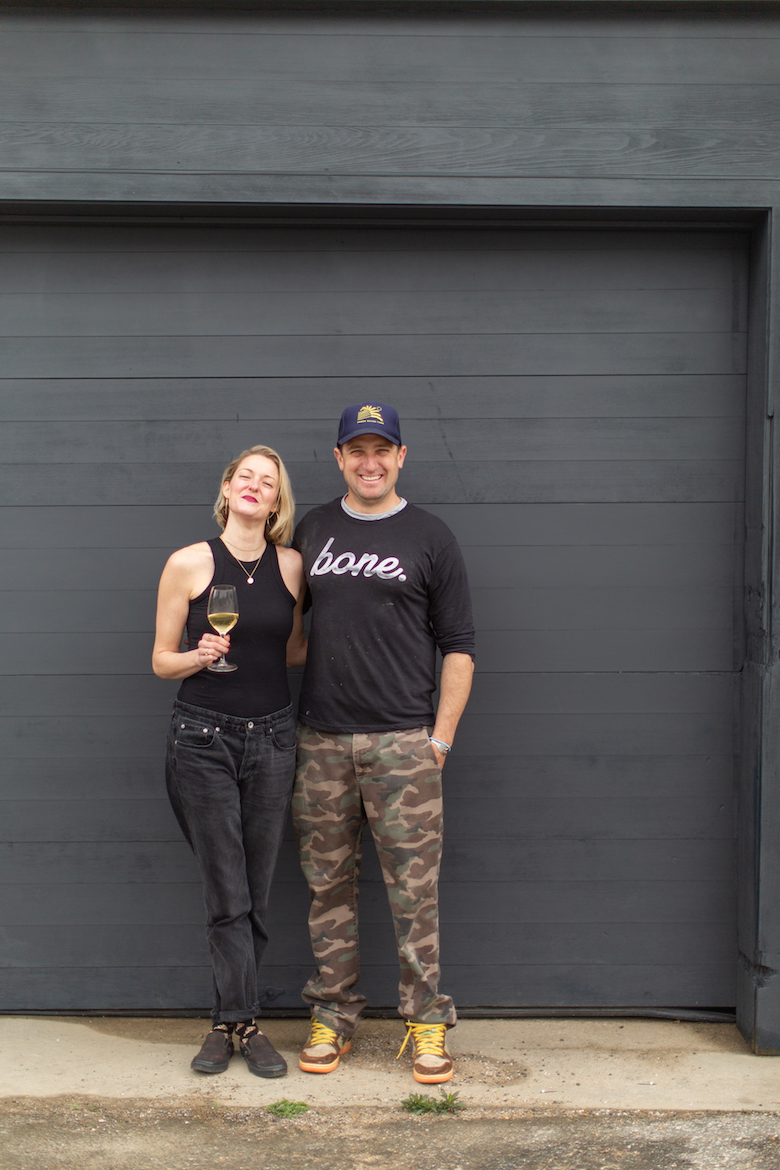 For chef Jeremy Blutstein (pictured above with Vanessa Price), Mavericks is both a new chapter and a homecoming.

Spoiler alert: He was. When Mavericks opens later this year, Blutstein will be running its kitchen while his wife, the exceptionally talented Jarhn Blutstein, will be directing its beverage program. Price herself, of course, will be in charge of writing the restaurant’s list of wine.

For the Blutsteins, Mavericks is both a new chapter and a homecoming. “My wife and I met seven years ago when I was running ENE [East by Northeast],” writes Blutstein over email. “The property has a special place in my heart for that reason. It’s totally new. The space is what everyone always dreamed it could be now. THE BAR FACES THE WATER!”

If you think that is all-caps-level exciting, just wait until you try the food. Not even Blutstein’s impressive resume—which reads like a best-of list of Hamptons dining: East by Northeast, Showfish, Almond—conveys the full extent of his talents. He is one of those rare chefs who actually walks the walk in what has become an almost exclusively talkative industry, praticing and perfecting the true work of localism rather than just preaching the gospel of the now-worthless ‘farm-to-table’ phrase.

“[Mavericks is] a steakhouse, but we certainly aren’t ignoring the fact that we are in Montauk,” says Blutstein. “I approached the menu with classics in mind, but softened the edges and brought some femininity to the steakhouse blueprint. All of my farmers, baymen, commercial fishermen, cheesemakers, beekeepers, foraging homies will be the driving force of our sourcing as per usual. [So, the] menu will feature true localism, sustainably sourced New York State beef and local seafood, with refined service, a banging wine program, and intelligent rifs on classic cocktails.”

A recent menu preview revealed the following highlights: a dry-aged rib-eye, a bone-in tuna rib-eye, Amagansett creamed corn with smoked feta, burnt Sagaponack carrots with basil labneh, and a wine list broken down into three sections: super mineral-driven whites (to pair with the raw bar); rosés from around the world (to pair with the time and place); and ‘big reds’ (to pair with the steak).

“My goal for the list is the same as my goal for the space,” says Price. “The list I would write for myself and the list I’m going to write for Mavericks are just not the same thing. If it were just for me, I would write a much geekier program, something full of weird names and great fun. Now, don’t get me wrong; we’re going to have some of that at Mavericks. But at the end of the day, this is a steakhouse. Napa Cab is king, Bordeaux is queen and Barolo is prince and princess.”

Even so, Mavericks’ guests will soon be the ones who feel like royalty—dining in full view of the water and sunset; in the center of the once-sleepy fishing village that has become, for better or worse, one of the most exclusive destinations in the country; eating the locally sourced and inspired cuisine of one of the region’s best chefs; drinking expertly chosen wines that tell a complete and compelling story; sipping on traditional-but-playful cocktails, each served in the absolutely perfect glass.

Mavericks is located at 51 South Edgemere Street in Montauk. For more information, please visit the restaurant’s website at mavericksmontauk.com.