We All Scream For This Farm-to-Freezer Ice Cream 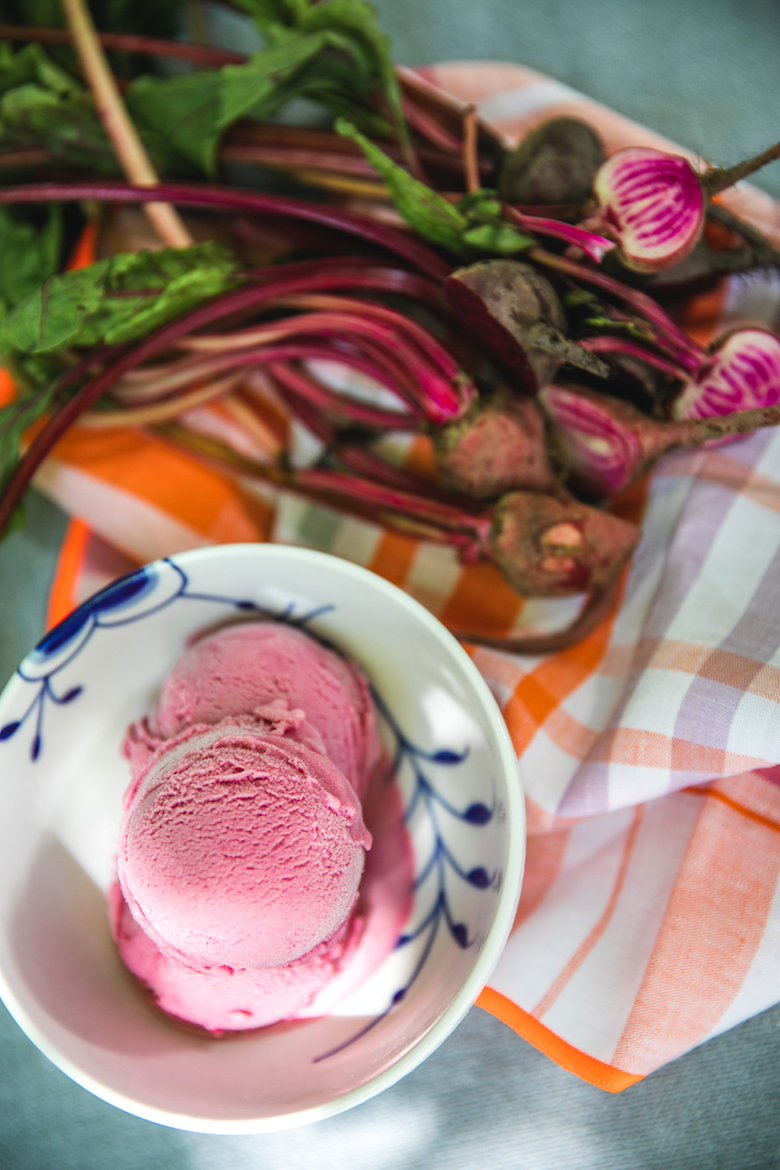 Loaves & Fishes Foodstore is selling farm-fresh happiness by the pint.

The phrase ‘farm-to-table’ used to mean something—something beautiful, something principled, something that, at the time, was rather revolutionary. Now, the phrase is as ubiquitous as it is often entirely divorced from reality, shamelessly trotted out even by local restaurants claiming to serve ‘local’ strawberries in the middle of January.

Fortunately, however, there are still some people and establishments for whom ‘farm-to-table’ is not just jargon but something closer to theology.

This is certainly the case at Loaves & Fishes Foodstore in Sagaponack, the legendary take-out and catering destination that has been serving the Hamptons for more than four decades. There, the ideals of ‘farm-to-table’ dining have long informed the store’s many offerings, and have, more recently, given birth to what is arguably Long Island’s best, most seasonally inspired ice cream: Loaves & Fishes’ own.

It was just enough to whet the appetites of Hamptons locals and visitors alike. Then, says Householder, came the fun: her now-legendary Cappuccino Crunch. Made by cold-steeping coffee beans in milk for a week and then swirling in homemade, chocolate-covered toffee and hot fudge brownie pieces, Householder’s Cappuccino Crunch immediately became the Hamptons’ best kept secret for ice cream lovers.

Last summer, however, with van Kempen’s encouragement, Householder launched Loaves & Fishes’ ‘Flavor of the Month’, and the secret was quickly, irrevocably out. How could it not be with flavors like Strawberry Shortcake, made with local strawberries from Green Thumb Organic Farm in Water Mill, and Sweet Corn, made with local corn from Pike Farms in Sagaponack?

“I am just so inspired by all the fresh produce we have access to, and by all the gifts that exist for us here on the East End,” says Householder. “And so I’m really just thrilled to keep pushing the envelope. I want to introduce people to what ice cream can taste like when every single part of it, including the pieces, is made from scratch. At Loaves & Fishes, we are not using candy bars or Oreos; we are making our own candy bar pieces and the most beautiful homemade cookies. And, of course, the local produce always speaks for itself.”

This summer, Loaves & Fishes will once again be offering its Strawberry Shortcake and Sweet Corn flavors (in June and August, respectively). In July, Householder will be debuting her ‘Breakfast in Bed’ flavor, which is a croissant-flavored ice cream swirled with fresh, local berry jam.

“This ice cream is really just my baby,” says Householder. “So we’re hoping maybe one day to have our own brick-and-mortar place, since the East End could definitely use one, but until then, we are just really loving this and really having fun.”

Taste a single spoonful of the ice cream at Loaves & Fishes and you’ll definitely taste that love—and the indisputable fact that, with van Kempen and Householder together, Loaves & Fishes’ foray into farm-to-freezer ice cream has really only just begun.