Disset Chocolate is an artisanal, handcrafted chocolate label with all the structure, style and artistry of a couture fashion house. 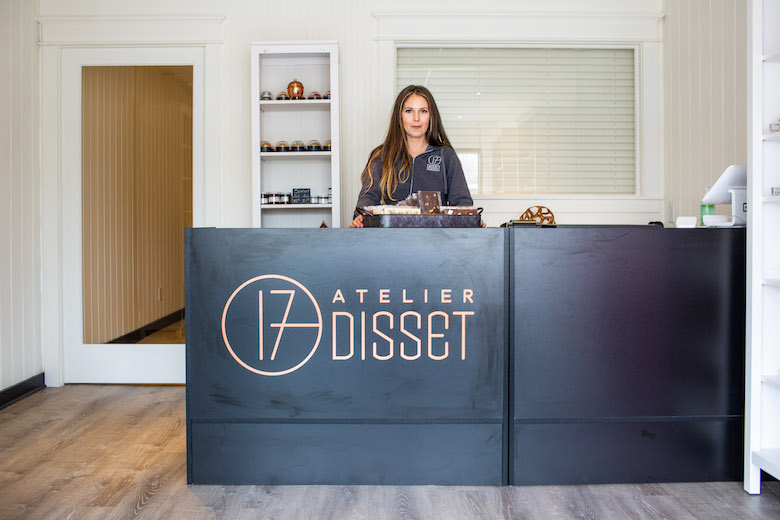 When Ursula XVII arrived on the North Fork three years ago, she brought a few things with her. First and foremost, she brought a wealth of experience most aspiring pastry chefs could only dream of, including a diploma from The French Pastry School in Chicago and a resume that shimmered with stints at several Michelin-starred restaurants both in New York and abroad. Next, there was her goal, which was essentially the same everywhere she traveled: To reach new artistic heights and continue to express herself as a pastry chef and chocolatier. And finally, there was her immediate quest: To find Claudia Fleming, the James Beard Award-winning pastry chef and then-owner of the North Fork Table & Inn in Southold.

“I came here and I was like, ‘Claudia is here, isn’t she?’ I knew that wherever she was, was exactly where I needed and wanted to be,” says Ursula, who grew up summering on the North Fork with her Barcelona-bred family. 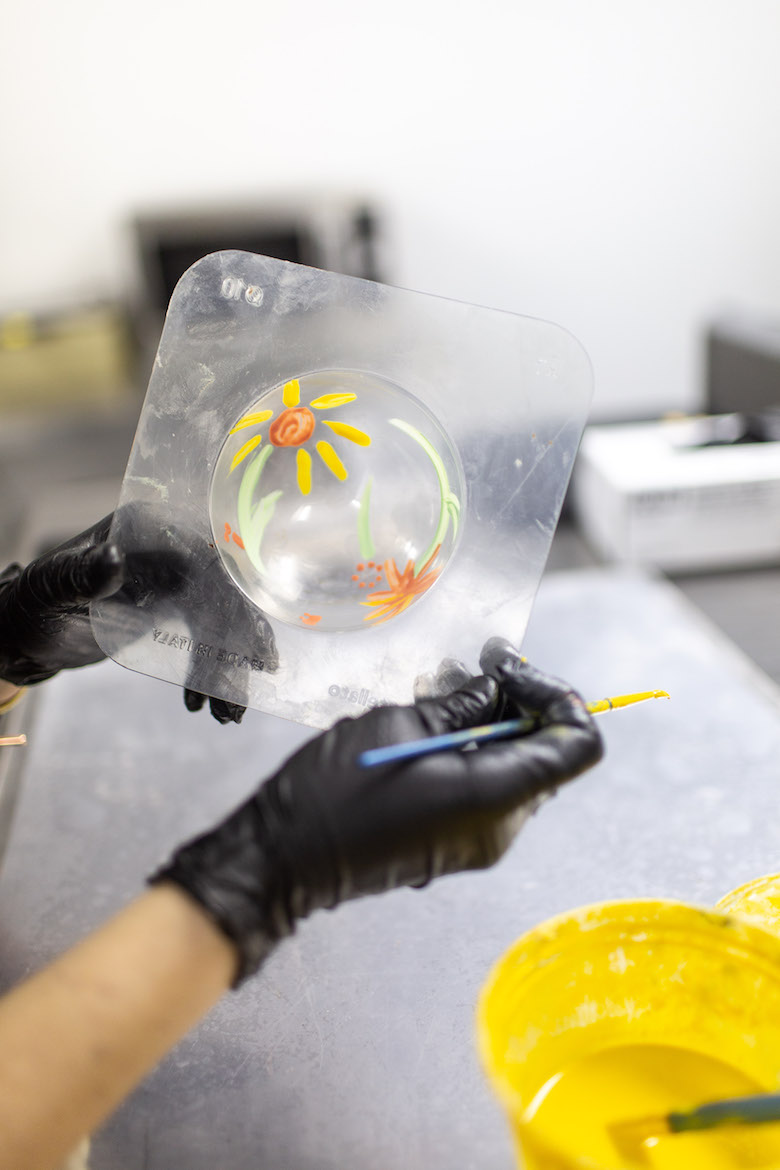 ‘Too pretty to eat’ takes on new meaning with Disset Chocolate, where Ursula XVII hand-paints her signature bonbons.

Soon after, Ursula began working on the North Fork Table & Inn’s famed food truck. It wasn’t long, however, before she “wiggled [her] way from the truck to the restaurant,” she laughs, landing happily where she knew she belonged in the first place: in pastry.

“All along, though, I was always making chocolates on the side,” says Ursula. “Chocolate, for me, had always been the dream. When you go into pastry, you quickly learn that it’s multifaceted. I can make a cake. I can make bread, but I’m not a bread baker. I quickly learned that chocolate is what I love. In particular, I love the routine of it. You can’t go wrong if you know what you’re doing and follow the steps. So even while I was working in Michelin-starred restaurants and then at the North Fork Table & Inn, I knew that chocolate would be in my future. It was always the passion, always the dream.”

Until recently, however, it was also always the side project. 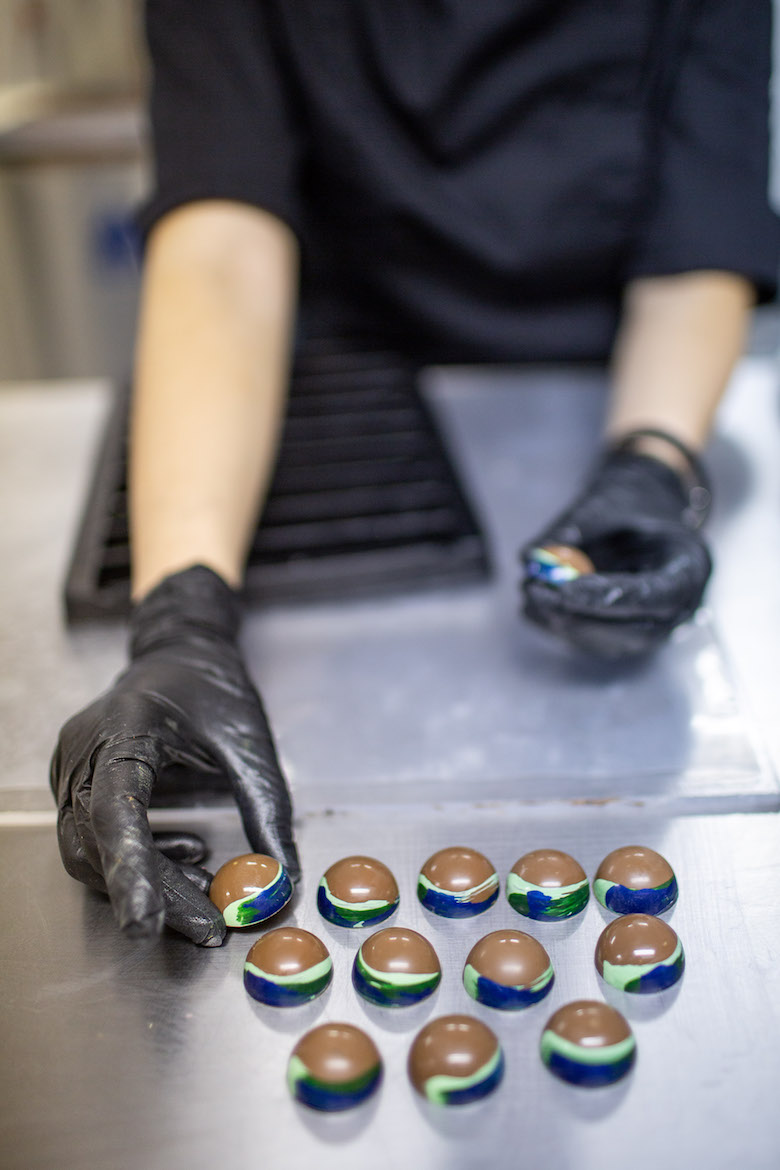 Ursula’s experience in Michelin-starred restaurants is on full display with her couture chocolates.

And then, when the pandemic hit, she finally did. 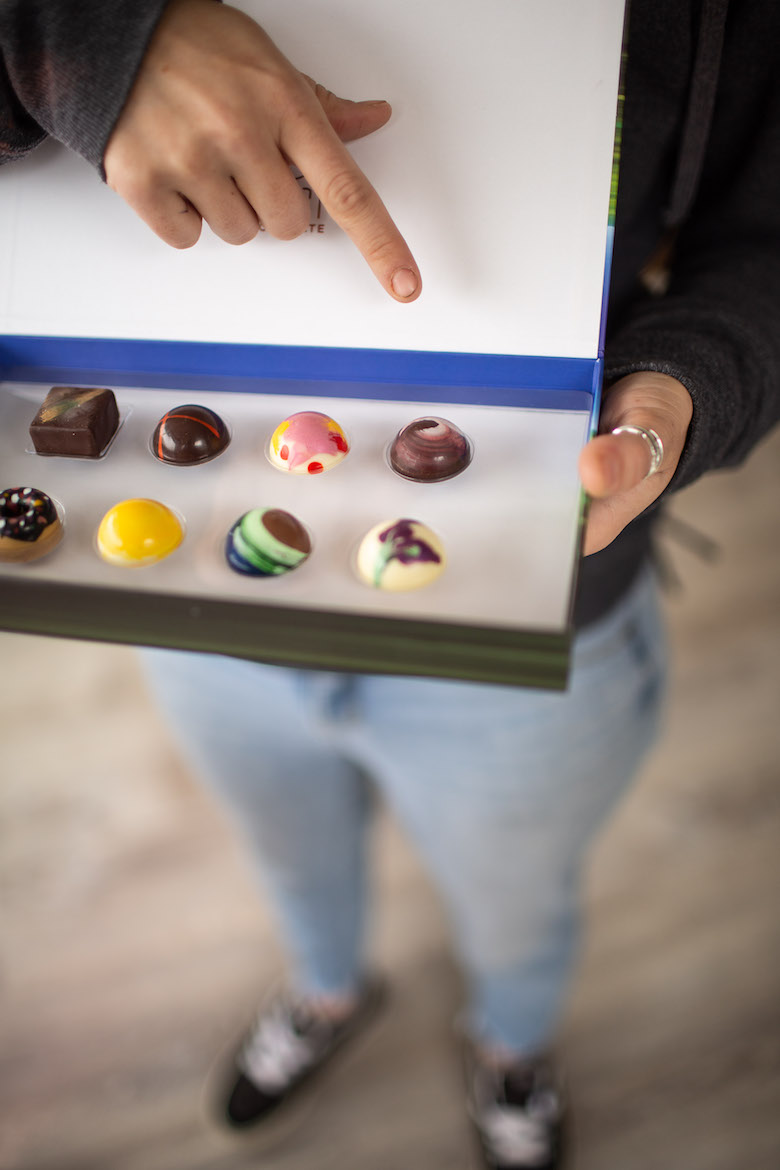 Disset Chocolate’s just-released ‘Ode to the North Fork’ box is a revelation. Stay tuned to their online store for more information.

Ursula launched Disset Chocolate (‘Disset’ meaning ‘seventeen’ in Catalan, an homage to Ursula’s native tongue and her own unique moniker) in late 2020, and has been soaring ever since. Originally founded as an e-commerce business, Disset Chocolate is an artisanal, handcrafted chocolate label with all the structure, style and artistry of a couture fashion house. Just as fashion lines are released seasonally, so, too, are Disset’s ‘Signature’ boxes of bonbons, with limited release boxes additionally introduced around holidays, season-specific themes or special collaborations. The phrase ‘too pretty to eat’ is overused to the point of ubiquitousness, but at Disset Chocolate it’s actually an understatement. And then there’s the chocolates themselves, which, quite simply, are the most delicious confections we here at Edible have ever had.

“I wanted Disset to remain as e-commerce only, because it seemed like all brick-and-mortar chocolate shops always wound up having to sell knick knacks,” says Ursula. “But very quickly I was getting constant emails with everyone asking, ‘When can I stop by?’ It became very clear that my 5-year plan was becoming a 1-year plan, and that’s when I really started to plan my next move.” 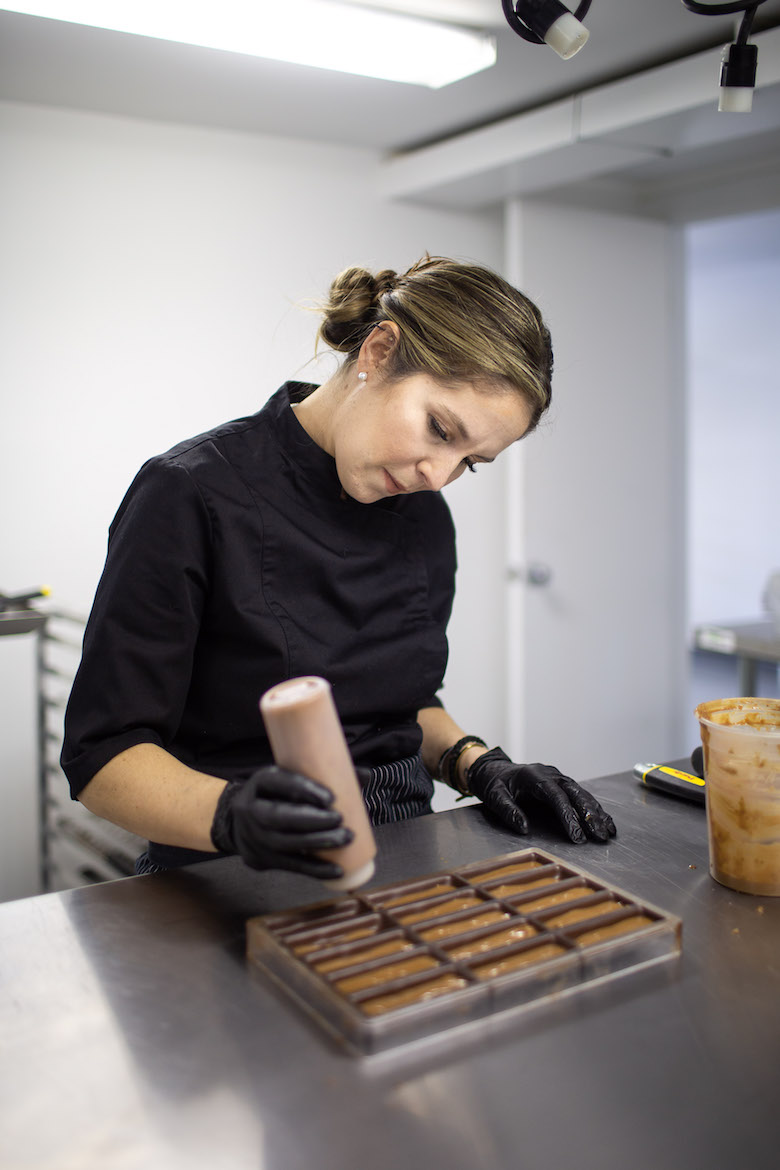 “I wanted the store to be exactly what an ‘atelier’ means: an artist’s studio; an artist’s workshop; a simple, clean and elegant space that would let the chocolate speak for itself,” says Ursula.

“I wanted the store to be exactly what an ‘atelier’ means: an artist’s studio; an artist’s workshop; a simple, clean and elegant space that would let the chocolate speak for itself,” says Ursula. “And in that sense, I think we’ve really achieved what we set out to. It’s just been amazing. We have been very well-received by the community, with a lot of support and returning customers, which is always a happy thing to see. It just feels like home for me. It not only fulfills the dream, it exceeds it.” 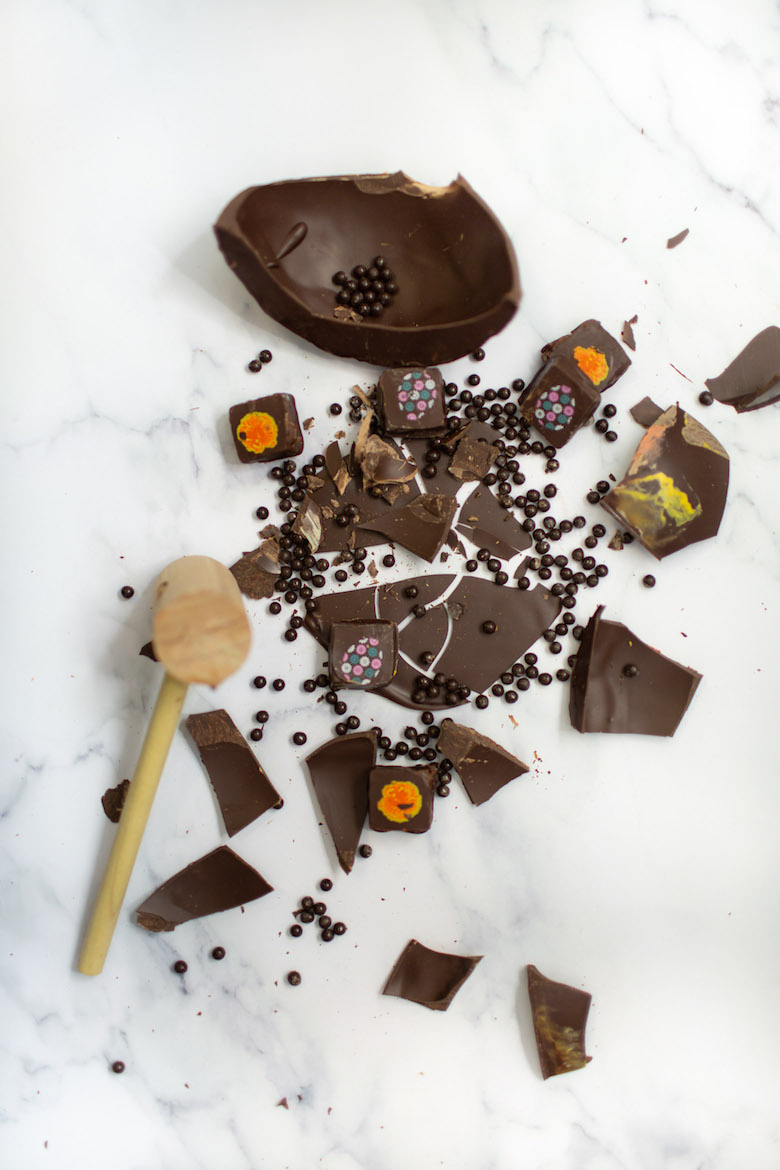 “I believe in letting things happen organically, which is why I moved to the North Fork,” says Ursula.

So what’s next for Ursula and Disset Chocolate? In-store workshops, for starters, and more collection releases that will continue to recalibrate what we expect from bonbons, bombs and bars forever.

“I believe in letting things happen organically, which is why I moved to the North Fork,” says Ursula. “It’s a true place where you can do farm-to-table, vineyard-to-table, doughnut-shop-to-table. It’s all here and we all support each other. Organically, Disset Chocolate was just meant to be, and I am so happy to be here.”

For more on Disset Chocolate, please visit their website.

This story was originally published in June 2021.