On the Shameful Case Study of Opties & Dinghies

The North Fork is renowned for its dreaminess—but for some residents and business owners, the reality behind the dream is much more nearly a nightmare. 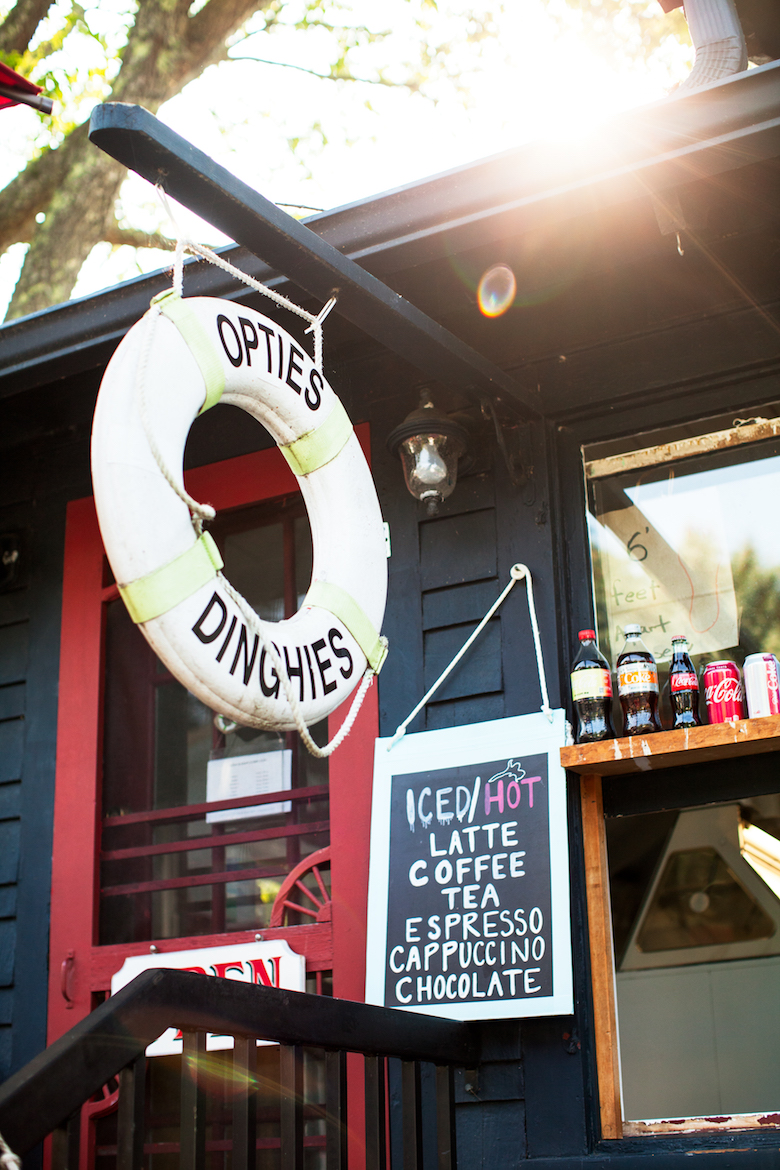 The North Fork is renowned for its dreaminess—but for some residents and business owners, the reality behind the dream is much more nearly a nightmare.

The face of the North Fork is changing. Aside from the rising property values and diversity in extracurriculars, this evolution has brought with it a strong injection of cultures, passions and styles into the plethora of food options that have arisen on this side of the fork. But what is the face of food? Beyond the North Fork brand, does it have a face? And how does a community influence that face?

While the North Fork is bustling with dozens of new, chic, farm-to-table concepts, it is still hard to plant roots on the East End. Not only are you competing with the steady, speedy gentrification of the area, but with the largely white, three-generations-deep population that calls it home and has a very specific vision of how the community should be structured. This is not a problem when one’s benefactor, business partner or landlord is benevolent. But as the entire North Fork community learned this year, through the racist attacks on Orient’s Opties & Dinghies, there are dire and shameful consequences when that is not the case.

In the heart of Orient Village lies the quaint little eatery. Opened by Claudia Lin and Vincent Bertault in 2019, the menu is a combined influence of both their backgrounds. Lin is Chinese and Bertault is French, lending an eclectic dovetail to their offerings. But again: what is the face of food? As Lin puts it: “Isn’t a dumpling a Chinese crepe, if you want to argue?” Drive down Village Lane, and Opties & Dinghies’ are the only lights you’ll see offering gelato until 9:00 p.m. Ever since its opening, the eatery has served as a staple as well as an upgrade to Orient Village. What could be the problem? 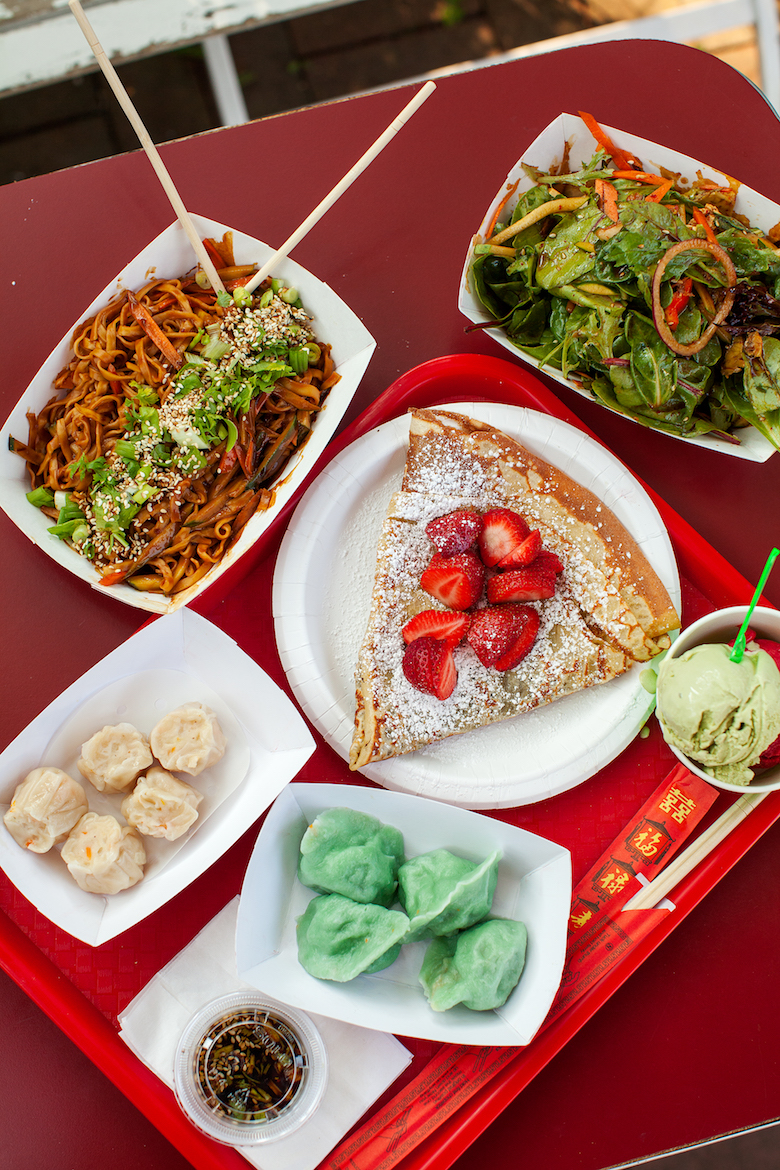 Alongside this spread of delicious small bites and foodstuffs, Opties & Dinghies offers special ordered artisan tarts and cakes made with seasonal fruits from local farms available for ordering.

Opties & Dinghies have been battling eviction with their landlords since they first opened in 2019. “It’s not [just] today,” says Lin. “It’s that they couldn’t do it the first season.” To date, there are no outstanding violations after going through several building, fire and health department examinations. But sometimes people don’t want you to succeed. It’s one thing to go through litigations and inspections in order to hash out a conflict between tenants and landlords. But when race politics come into play, not only is that heartbreaking to the victim, but quite revealing of the community at large behind the instigator.

With all the hateful rhetoric and fear mongering that has positioned Asians as the scapegoats of the pandemic, at their peril, no one can deny that Asian hate has been on the rise since the beginning of the Covid-19 outbreak. However, to leverage those fears as bullying tactics designed to preclude a well-meaning couple from conducting an honorable business, effectively trying to shutter a comfortable, convivial space that most of their community loves, is nothing less than malicious—and should be the source of deep shame for locals. 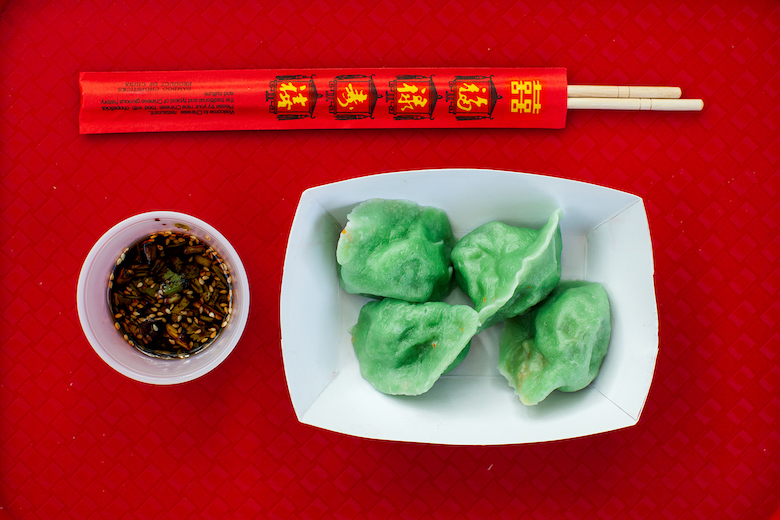 “That is the most hurtful and disgusting part of this whole thing because the other stuff I can prove, and I can stand on my legs, and they’re solid,” says Lin.

Opties & Dinghies is loved largely by a community outside of the one they’ve invested themselves in. After they revealed the incriminating email sent by their landlord last Spring to the Southold Town Supervisor on their Instagram, there was an outpouring of support from many North Forkers, but there was also a lot of backlash. “I have lost a lot of customers and received a lot of hate. Chinese restaurant, grease… it’s too easy. And people believe it,” says Lin.

And so the writing was on the wall. Opties & Dinghies will not last very much longer. Two years to be exact, as that is when their lease will end with their landlords. 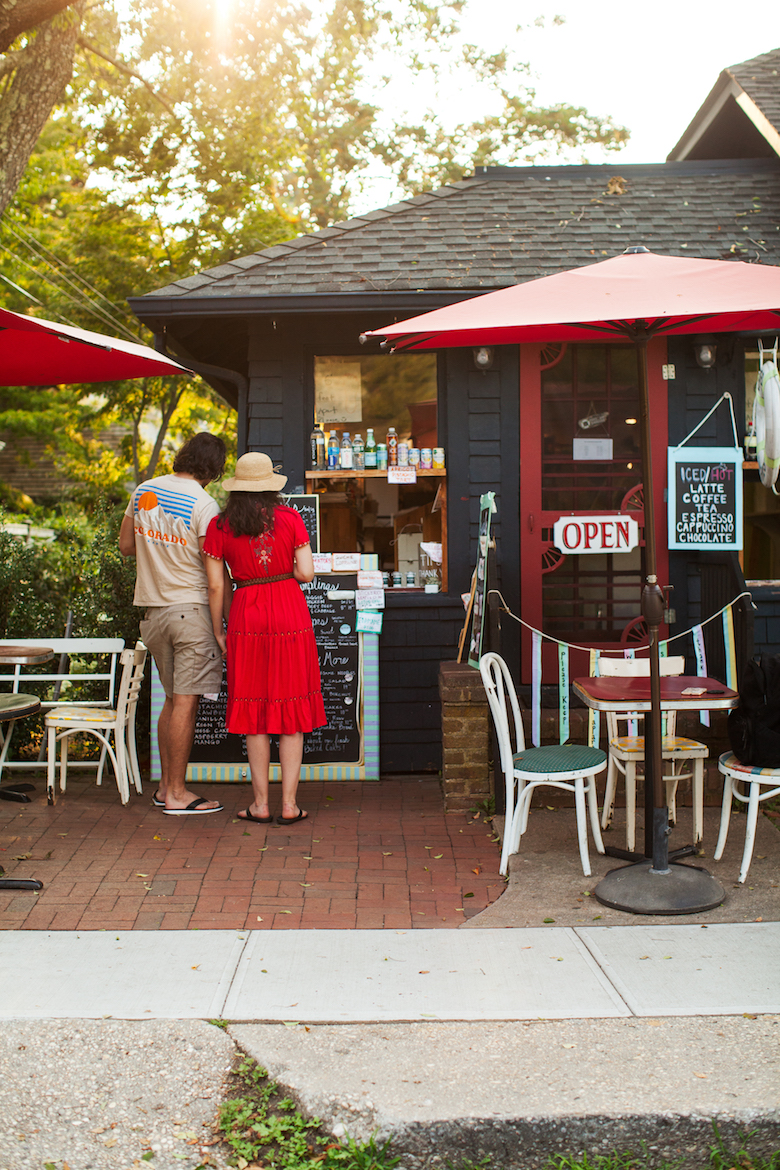 Opties & Dinghies is loved largely by a community outside of the one they’ve invested themselves in.

And so I ask once more: what is the face of food? In this region and in this country, the faces that make up the backbone of the service industry have always looked more like Lin’s than the people who wish to see her fail. The faces responsible for the food you love are overwhelmingly faces of color—and this should be celebrated.

Instead, the North Fork has grown too comfortable with particular groups of people being placed at the periphery of our Main Streets. And so, when people of color begin to inhabit spaces at the forefront of this picturesque American landscape—as Lin has done at Opties & Dinghies—folks grow uncomfortable. The periphery starts to creep into our field of vision alongside the lurking truth in the community. “The picture is perfect, the painting is perfect, but the reality is not the same.”