The Hampton Maid Brings a Rare Dining Experience to The Hamptons

By Meghan Harlow| August 26, 2021 | Photos by Courtesy of The Hampton Maid

R.AIRE at The Hampton Maid lives up to its name, offering locals and visitors alike a truly rare, exceptional tasting menu. 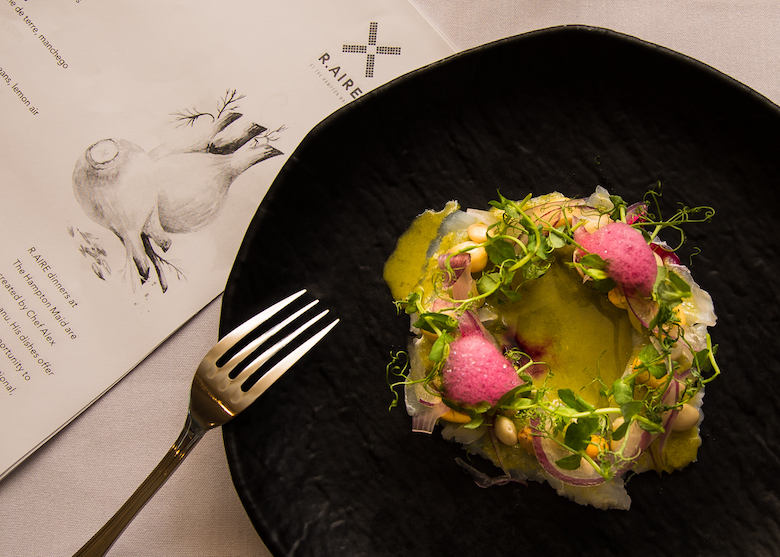 R.AIRE at The Hampton Maid lives up to its name in Hampton Bays.

There have always been plenty of reasons to love The Hampton Maid, one of the most revered hotel-restaurants in the Hamptons. Overlooking Shinnecock Bay in a serene corner of Hampton Bays, The Hampton Maid has been beloved by locals and visitors alike for over six decades—for its bucolic setting, its close-to-everything location, all of its comfortable and cozy rooms, and its (rightfully) renowned breakfast offerings. Fans and followers of the property, however, will be pleased to learn that there is now a new reason to return to The Hampton Maid: Dinner.

That’s right; for the first time in The Hampton Maid’s history, the hotel-restaurant is now offering dinner service on Thursdays, Fridays and Saturdays from 5:30 to 9:30 p.m. The endeavor—dubbed ‘R.AIRE! at The Hampton Maid’—is the brainchild of esteemed chef Alex Bujoreanu, who brings to The Hampton Maid over 20 years of experience and more than a little buzz. Originally from Spain, Bujoreanu has been praised in media outlets ranging from the New York Times to Newsday and Edible East End’s own sister-site, Edible Long Island. His partnership with The Hampton Maid and the Poulakis family, who owns and operates the property, has already proven fruitful, with the hotel-restaurant now offering some of the best—and most affordable—food in the Hamptons. 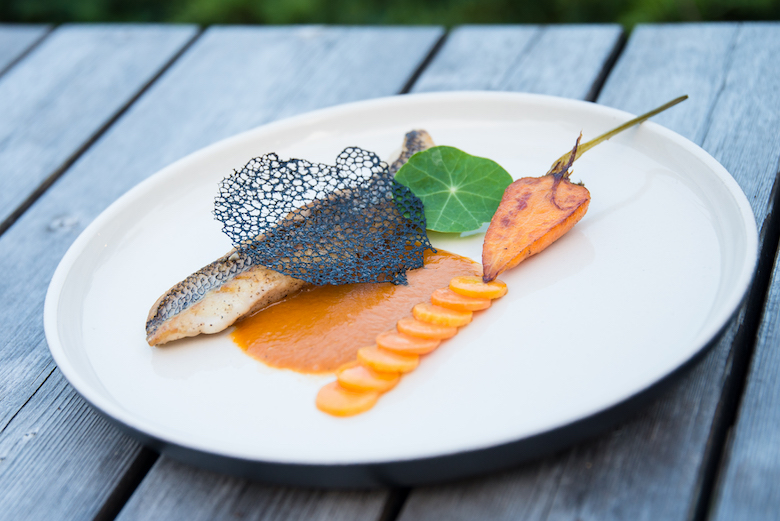 Dinner at R.AIRE is $95 per person for a 6-course tasting menu that changes weekly.

Under Bujoreanu, dinner at The Hampton Maid is a 6-course tasting menu that changes weekly. At just $95 per person (with an optional enhancement that includes a wine pairing), the experience is clearly designed to delight—and it does. Combining the best in global cuisine and fresh, locally sourced ingredients, dinner at R.AIRE! offers guests an experience that is—true to its name—rarely found in the region.

Recent menu highlights have included delicacies such as Galician Goose Barnacles, Organic Rack of Veal and Bujoreanu’s ‘Black Symphony,” a dish composed of black trumpet mushrooms, leeks and parmigiano. All offerings at R.AIRE are gluten-free and made using exclusively organic ingredients.

Equally as exciting as the menu is the wine pairing itself, which reflects Bujoreanu’s global sensibilities. A recent pairing featured wines from California, Spain and New Zealand—all of which perfectly complemented the food and offered guests the thrill of travel with none of the hassle or risk to their health. 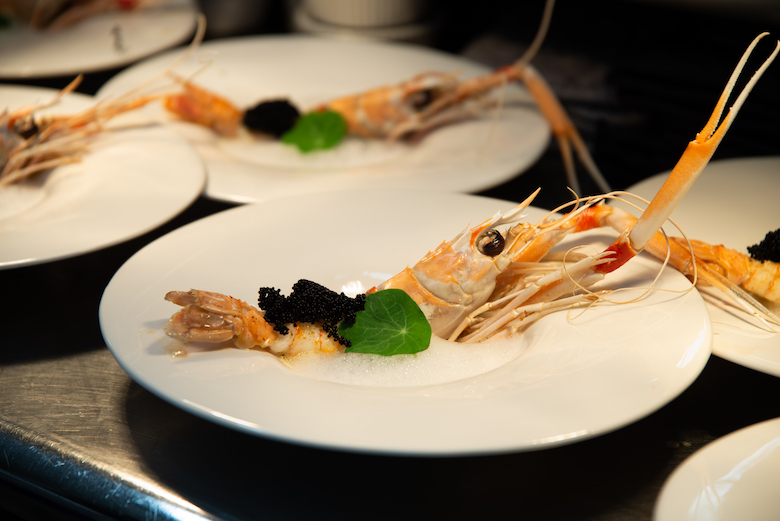 “We created R.AIRE to bring a totally unique dining experience to the Hamptons,” Bujoreanu said recently.

We are pleased to report that Bujoreanu and the rest of the team at The Hampton Maid have succeeded in that quest.

For more information on R.AIRE at The Hampton Maid, or to make a reservation, please visit the restaurant’s website.