Chef Licia Kassim Householder Has It All

How the chef-cum-cookbook-author found a home—and a family—at the legendary Loaves & Fishes. 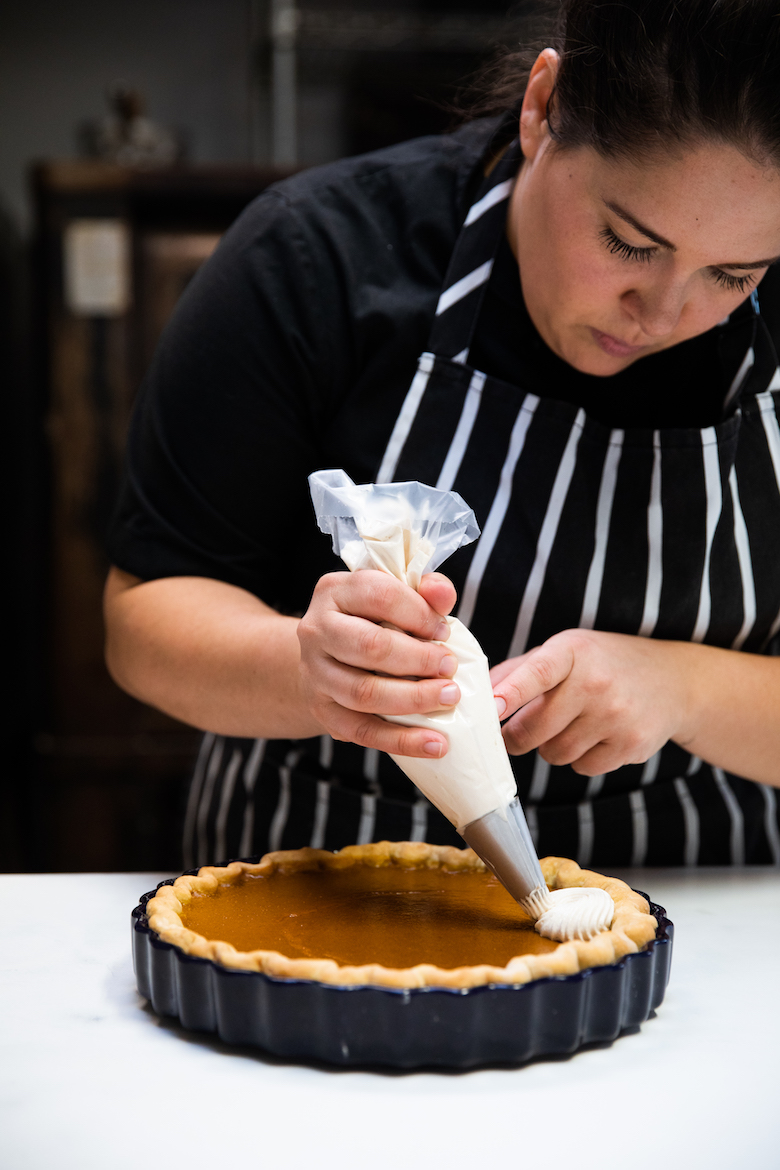 Nowhere is centripetal force felt more keenly than in the context of the family. That’s why a teenaged Licia Kassim Householder, still in high school and living with her family in Connecticut, assumed she would grow up to become a teacher; in her family, she was practically surrounded by them.

So even though Householder had loved to cook and bake since childhood, she offered herself a compromise: “I said to myself, ‘Okay, if I do pursue teaching, I will just be that teacher who always brings food in,” she says.

Her beloved grandfather, a teacher himself, had different plans.

“We were sitting together one day and he said, ‘You know, I think you need to pursue cooking,’” says Householder. “It was the first time someone had given me license to consider it. My parents didn’t think being a chef was a very stable job. But as soon as my grandfather said this to me, I changed my mindset. A few months before graduation, I applied to CIA and Johnson and Wales and got in.”

And so she was off—to the Culinary Institute of America, that is. Householder spent the next two years completing her culinary degree, and then stayed to pursue her bachelors. After graduation, she remained on campus another year to work as a teaching assistant at one of the acclaimed restaurants on campus.

“It was at this restaurant that I found my passion for baking,” says Householder. “The chef, my mentor, said, ‘I don’t want anything to do with baking!’ So baking became one of my big responsibilities. I did the desserts, planned menus with the students, and made sure they were putting out nice desserts. At the same time, I started going to all the baking and pastry instructors on campus, just picking their brains and trying to learn as much as I could.” 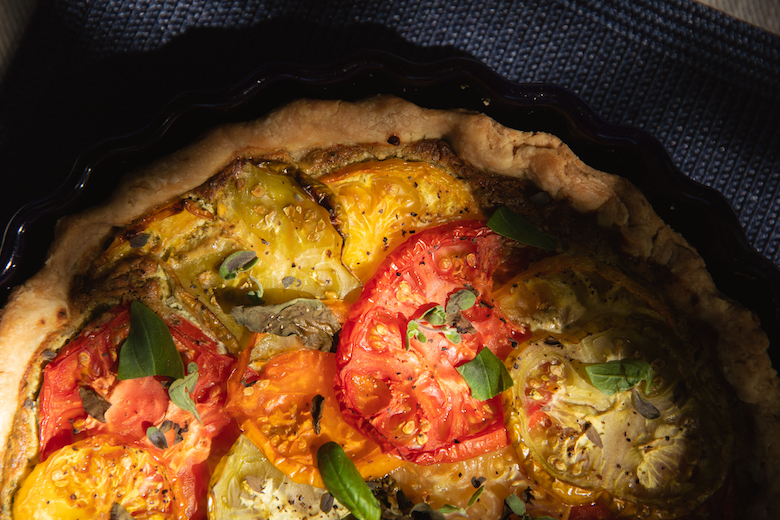 Householder’s resume reads just as you’d expect from someone so passionate and persistent.

The intensity of Householder’s passion and persistence paid off. Her post-graduation resume reads something like a dream for pastry lovers and aspiring chefs: first, a stint as a pastry chef at a country club, then, a three-month tenure teaching pastry at a cooking school in Tuscany; a return to the States to accept an executive chef position—at the age of 23 (!) —at a country club in Upstate New York; and then, finally, a departure three years later to help a friend open Mill House Brewing Company. All of Householder’s experiences added up to a breathtaking journey worthy of her breathtaking talent—but Householder found herself desperate to just . . . well, take a breath.

“Restaurant life is really tough,” she says. “I just wanted something more. I had a friend who was coming out to the Hamptons and would find all these different jobs private cheffing. She said, ‘If you want, I can get you a job.’”

Her friend made good on her promise. Householder quickly became a private chef for Chris Burch—ex-husband of the ubiquitous Tory—and worked with him for two summers.

By now, however, Householder was married to her husband, Eric, a chef himself, and the couple were looking for year-round work that would actually allow them to see each other. Eric found a job in catering, and, in 27 East, Licia found a promising job listing.

“One of the housekeepers at a private client with whom I worked as a private chef told me to look there, that they always had job listings,” says Householder. “So I looked, and there it was.” 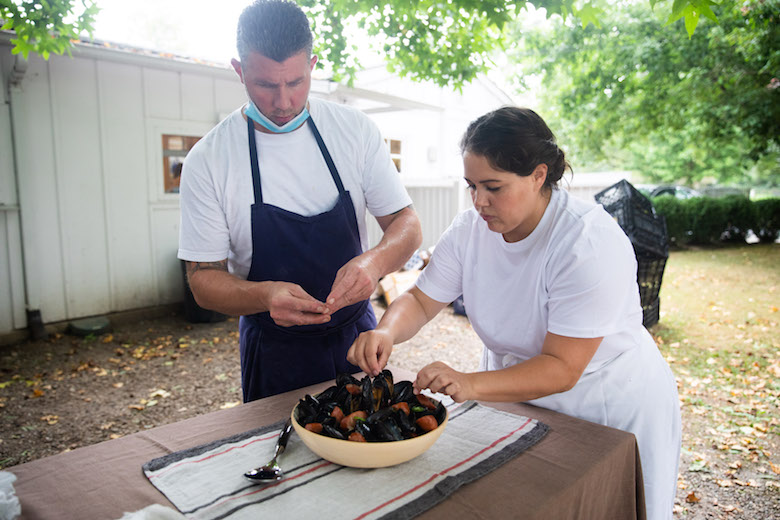 Householder and her chef-husband, Eric.

The ad was for a position at Loaves & Fishes Foodstore—the legendary institution that has served the Hamptons community for more than 40 years. Immediately interested, Householder called the number listed and spoke with owner Sybille Van Kempen, who invited her in for an interview.

“The next day, I came in and worked with Sybille’s daughter, Karina [Fengler], who was training me at the time,” says Householder.

At Loaves & Fishes, Householder found more than just a job, but a family. In an industry characterized by an almost impossible rate of employee turnover, Van Kempen’s empire—which includes Bridgehampton Inn & Restaurant, Loaves & Fishes Foodstore, Loaves & Fishes Cookshop, and now, an ever-growing collection of cookbooks—is the exception to the rule. Two of Van Kempen’s chefs, for example, have been with her for over 30 years—a fact upon which Van Kempen rightfully prides herself.

“I immediately loved working at Loaves & Fishes,” says Householder. “It’s just a really warm community. And while I was very intimidated when I first met Sybille—intimidated because she’s such a strong lady and a very great businesswoman—we started to become close. I think we recognized something in each other. She has very high standards that she sets for herself, but I also have very high standards that I set for myself.” 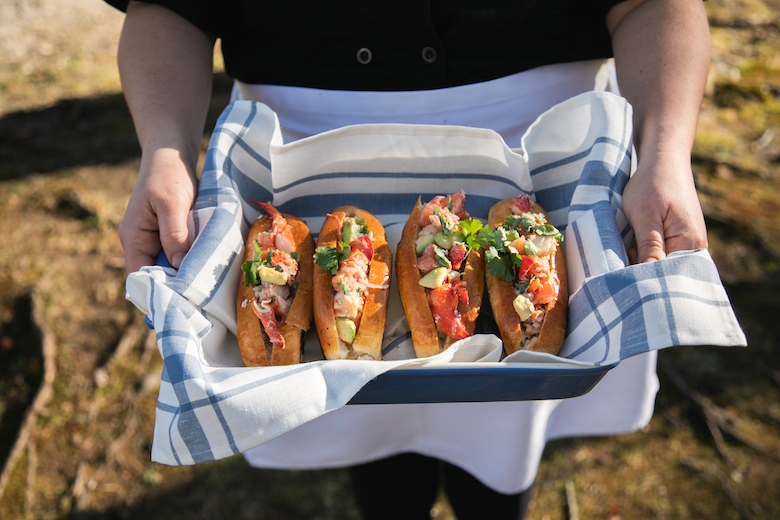 Householder began working at Loaves & Fishes in 2016. In 2019, her husband came on board for the summer to work as an assistant chef. It was a gift, really, to be able to work together as a family—and as two members of Van Kempen’s professional family, as well.

“But then I had to face the question that so many women face every day,” says Householder. “I was pregnant with our daughter and I just thought, ‘How can I work out having a baby and being able to continue to work?’ I told Sybille, ‘I think we’re going to move back to Connecticut.’ I really didn’t know what else we could do. Sybille let it stew for a second and then came back to me a couple of weeks later and said, ‘I can’t let you go. I would really like to write cookbooks with you.’ The first photoshoot for our first cookbook together was 2 or 3 weeks before I gave birth to my daughter.”

To say Van Kempen simply wanted to ‘write cookbooks’ with Householder is, of course, an understatement. To date, they’ve written and published a grand total of twelve. In under two years. In the middle of a global pandemic.

“The cookbooks, for me, were just a dream come true,” says Householder. “So even though I was pregnant and would soon be having a newborn, I knew I would just figure it out.” 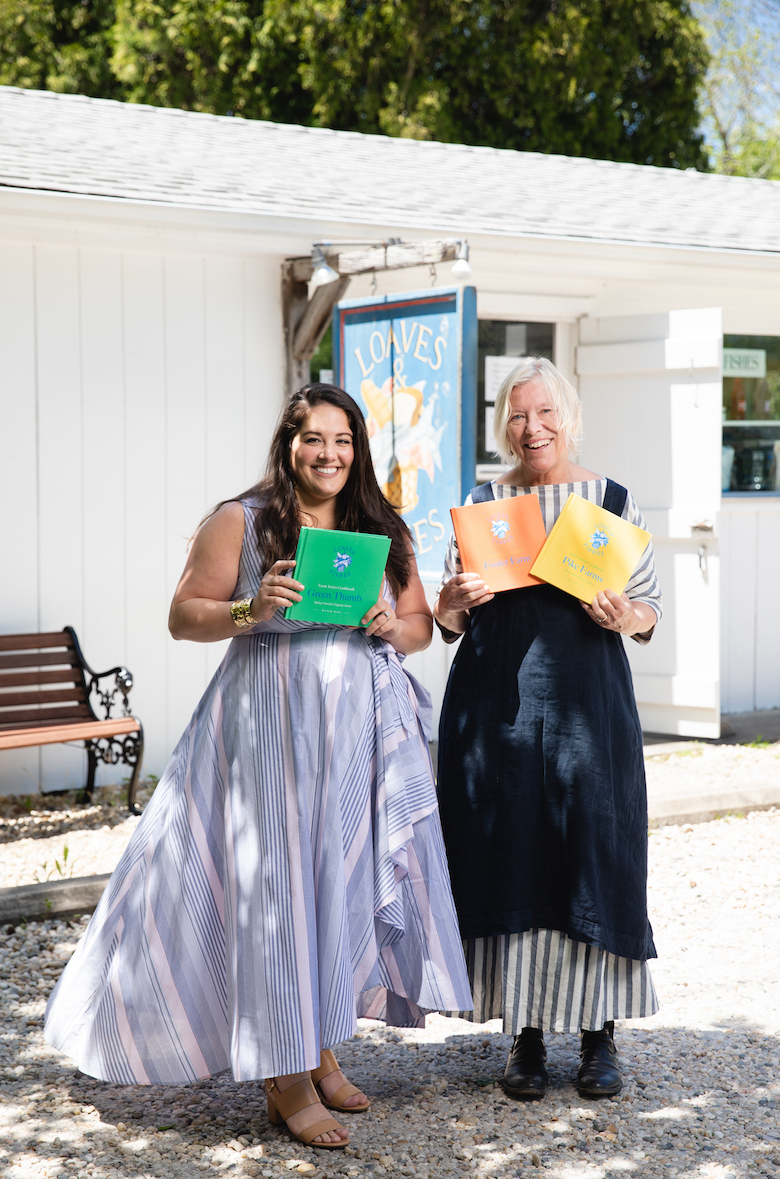 “We did everything together,” says Householder. “Every photoshoot was shot at Loaves & Fishes by Conor [Harrigan]. The staff helped a lot with putting certain dishes together; it was just a team effort in every sense. And it was so much fun, being able to be a part of it with every step. So there I was, taking care of my daughter, and then using her nap times to type up recipes and edit.”

In total, 227 recipes are featured in the Loaves & Fishes Farm Series Cookbooks, with each edition grounded at a different local farm, from Goodale Farms to Mecox Bay Dairy, Foster Farm to Halsey.

“It was an exhilarating time, and it was made possible not only by Sybille’s offer to me, but to my husband, as well,” says Householder.

Eric Householder is now executive chef at Loaves & Fishes in Sagaponack in the off-season, and works alongside Loaves & Fishes’ longtime chef, Oscar, in the summer.

“So for us, the Loaves & Fishes family will always be home,” says Householder. “Sybille treats us all really well. We’re so balanced and well-rounded, and she’s extremely understanding of my situation. For example, I told her that I didn’t want to work full-time until my daughter went to school, and she has made that work for us and our family. I never thought I’d be able to do both. I never thought I’d be this blessed. It’s just amazing. I get to do what I love and I get to spend time with my daughter, which is so precious to me. And it’s all because Sybille really values family.”

So what’s next for Householder, Van Kempen, and their personal and professional families? ‘More cookbooks’ is a good guess. So, too, is more of Householder’s beloved pastries and ice cream, available at the Loaves & Fishes Foodstore. 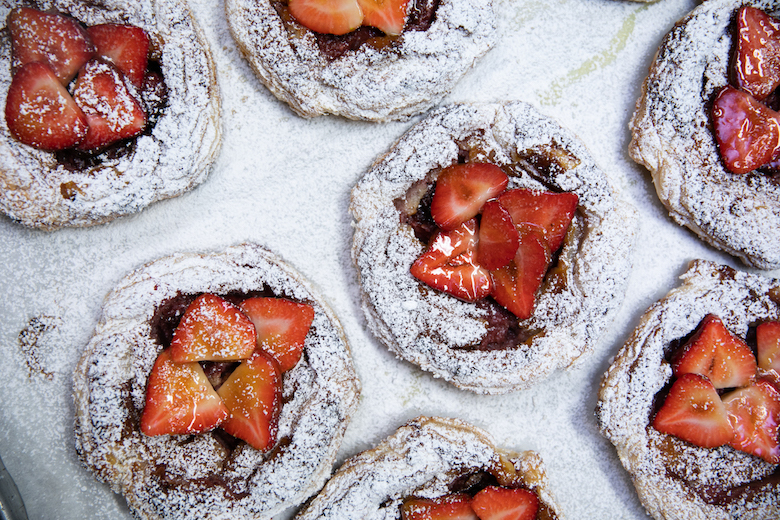 “I am also making custom cakes on the side now, too,” says Householder, acknowledging that the idea was born through the pandemic. “But my heart is with Loaves & Fishes. My gallettes are a staple now. We fill it with anything. Right now, we’re doing pistachio frangipane with a strawberry compote. So pretty—so time-consuming—but everyone loves them. And then there’s the ice cream, which is really a passion project for me. We do new flavors all the time, but one of the flavors I created, our “Cappuccino Crunch,” is a staple on the menu. I steep beans in milk for about a week and let them cold-brew. Then I make homemade toffee covered in chocolate, and then swirl it in with hot fudge. Everyone is addicted to it. And that’s what brings me joy: knowing that we’re not just creating food, but memories for people. It reminds me of my own experience with my family. People don’t always remember exactly what they ate, but they remember the experience and it’s so beautiful to be a part of that for people.”

In Householder’s own family, the experience she remembers most is her family’s recipe for ‘Swedish Braid.’ The recipe was created by her great-grandmother and then passed along to her grandfather. Every year, Householder’s grandfather would make the recipe with her aunt—until he couldn’t do it anymore. Then, the tradition fell to Householder, who still makes it every year before Christmas.

“I’m just so happy my grandfather was able to see me live my passion and be successful,” says Householder. “He was a teacher and he inspired so many people. I think I truly have everything he would’ve wished for me, and it’s all because he taught me to follow my passion. For me, there’s no greater lesson than that.”