This year, Moby’s, which opens this month, is back on Pantigo, for the second year in a row. 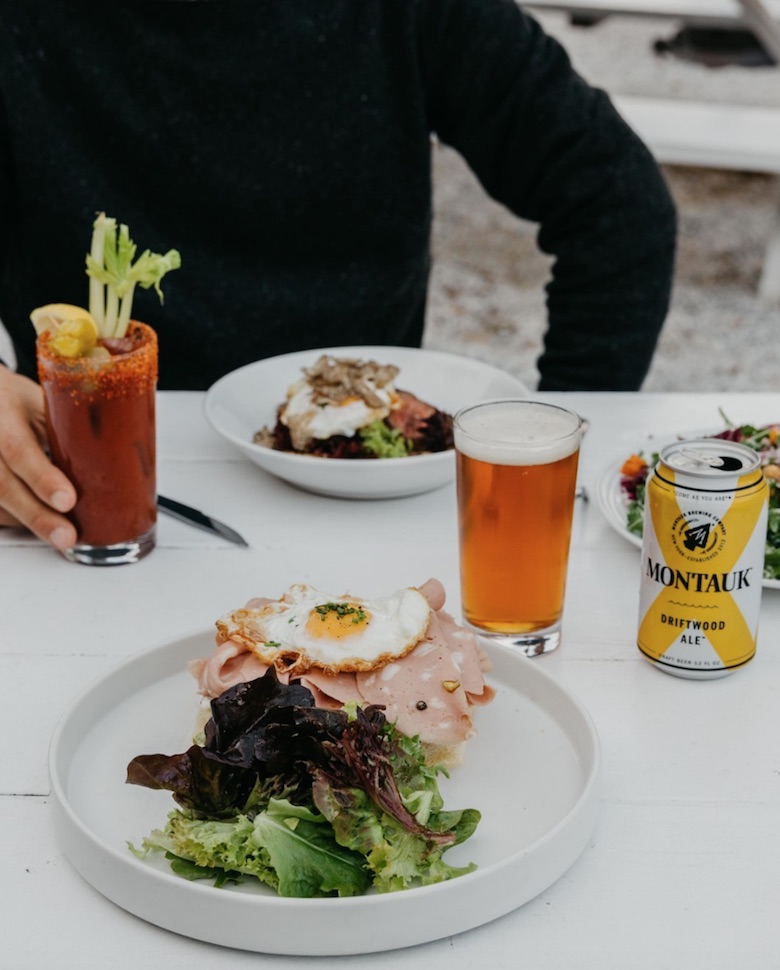 All photos courtesy of Moby’s

Moby’s, for those who can remember that far back, was once a tiny pop-up restaurant in a Montauk parking lot. The first time I visited was eight years ago or so, and that version of the restaurant served only a handful of dishes: two or three charred, chewy pizzas; three pasta dishes; an appetizer or two; and a slim menu of cocktails. From the lot adjacent Rick’s Crabby Cowboy Café, on East Lake Drive, you could enjoy the explosion of sunset over a plate of spicy, garlicky shrimp pasta.

The summer project known as Moby’s has evolved over time, seeing different chefs and different locations. In 2014, the restaurant arrived on Pantigo Road, in East Hampton, to a sprawling space whose kitchen was almost impossibly large (I should know; I worked the floor as a server there that summer). That booming phenomenon came to a temporary pause when Eleven Madison Park brought EMP Summer House to the same space for consecutive seasons. During the interim, Moby’s headed over to Springs, taking up residence at the East Hampton Point, with pizzas overlooking Three Mile Harbor.

This year, Moby’s, which opens this month, is back on Pantigo, for the second year in a row. The restaurant will serve nightly dinners and weekend lunches to those seeking a casual vibe (outdoor seating on the broad side lawn will take place on white painted picnic tables). The menu remains largely what it has been for these past few years. A selection of crudos (tuna, fluke) lead things off, as do two cheese-based appetizers (whipped ricotta, burrata). 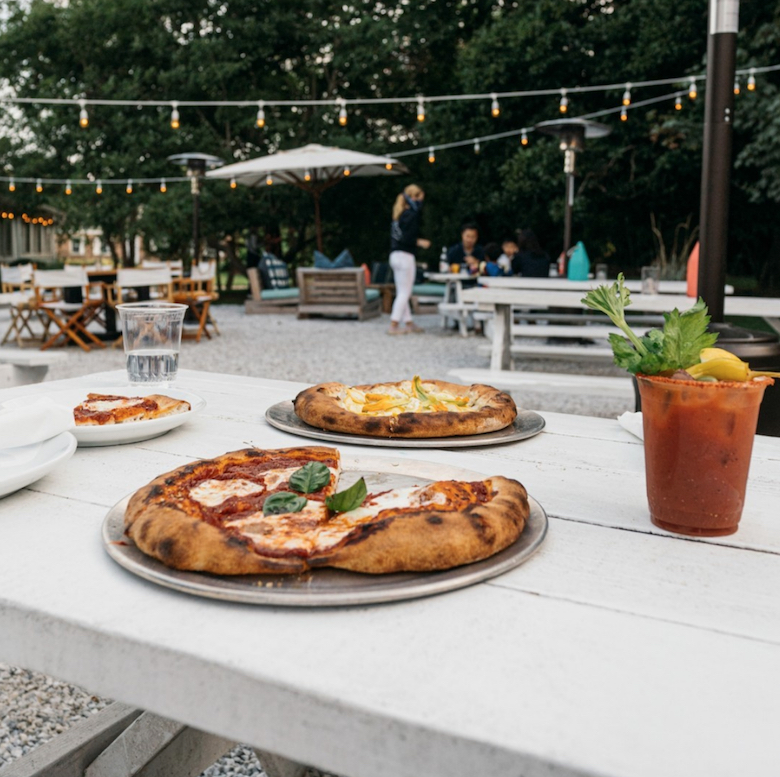 This year, Moby’s, which opens this month, is back on Pantigo, for the second year in a row.

An entire category dedicated to vegetables highlights Persian cucumbers (dressed in avocado salsa), gold bar squash (amplified by Champagne vinegar and minted ricotta), and mushrooms (with umami-forward tamari and balsamic vinegar), as well as other numbers. The pizza menu—four pies—is simple but thorough. You may come, too, in search of pasta. The spaghettini shrimp, which reigns from opening season, is still there, but you can also find linguine with clams, cacio e pepe, lasagna, and rigatoni Bolognese.  Seven-ounce strip steak may be the perfect portion size on the East End (or else, it’s a robust appetizer—don’t judge).

Wash it all down with a ‘Gansett Sunset, one of several specialty cocktails available either for one or by the liter. With its fresh watermelon, Aperol, gin, and lemon, the cocktail does resemble the pink-tinged dipping sun on a perfect East End evening. Salud!