In Bridgehampton, Armin & Judy’s Is a Gift to Bread Lovers

Their baguettes are a well-loved secret among East End folk, despite the bakery’s newness. 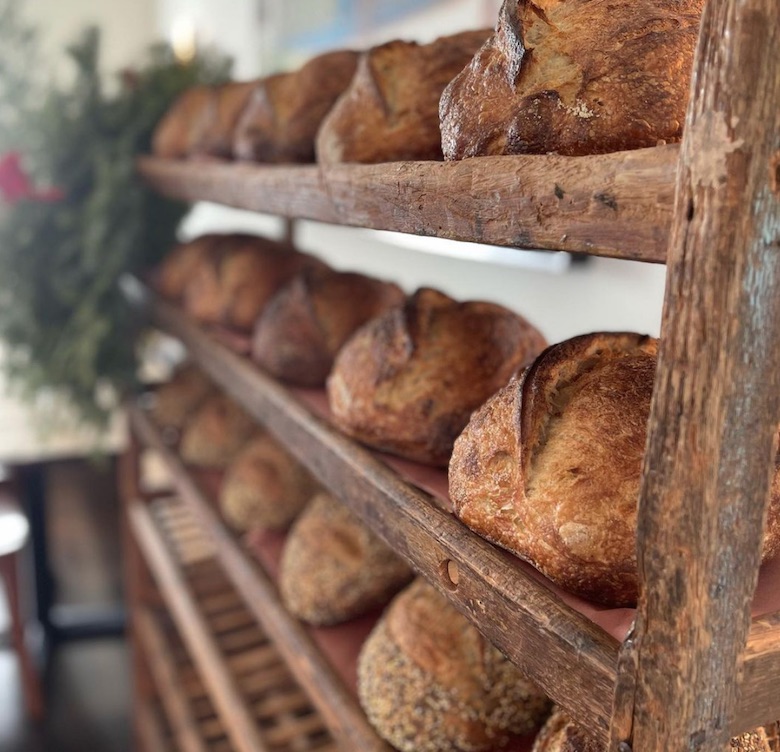 One socially distanced activity that has not been stricken from my repertoire is walks at the beach. A friend and I have been meeting up on the occasional blustery morning to cruise near the dunes and smell the surf, a natural antidote to whatever happens to ail. On a recent frigid morning, she unearthed from her bag a gift: pan au chocolat, known to Americans as the chocolate croissant. This one, she said, might be the best she’d ever tasted.

Puff pastry, the dough used for croissants, takes an inordinate amount of time to produce. The method that’s used is called laminating, and it involves beating blocks of cold butter into dough, folding, and repeating. This process goes on for days, until flour and butter have formed one homogenous-looking square of dough. When it bakes, the layers of butter force air into the pastry, creating pocket upon pocket of crispy and airy croissant.

The version from Armin & Judy’s, a relative newcomer to Bridgehampton, is the size of two hockey pucks (its length is only surpassed by its loft). Bite down and realize the brilliance of a dough that is at once crackly and chewy, a feat of masterful baking.

Baking permeates the menu at Armin & Judy’s. In the mornings, you can get pastry there, yes, but in the afternoons and evenings the restaurant also offers a sit-down menu. Included therein are smart and savory pizzas, adorned with guanciale, or maybe shaved Burgundy truffle. The baguettes are a well-loved secret among East End folk, despite the bakery’s newness. There are, too, almond croissants and French milk breads; cherry cardamom and apricot raisin rugelach; coconut macaroons and chocolate rye cookies; cranberry pecan scones and cheesecakes; whole tarte tatins and torched meringue cakes. 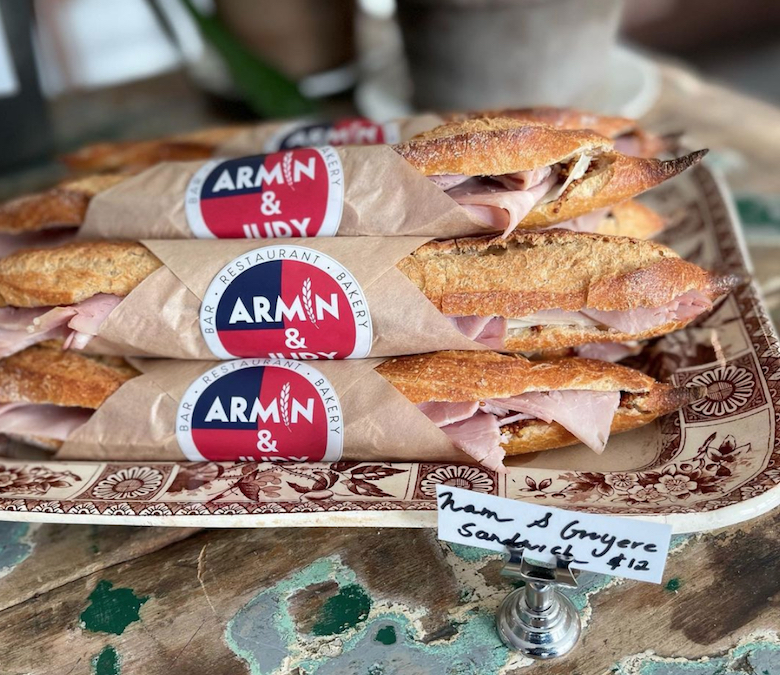 Two sandwiches—ham and Gruyere and Brie with house-made jam—are meant to highlight the crusty bread, naturally.

Two sandwiches—ham and Gruyere and Brie with house-made jam—are meant to highlight the crusty bread, naturally. Bread, it seems, is the bakery-restaurant’s raison d’etre. A sign out front reads “I Baguette You,” and Armin & Judy’s does, in fact, seem to “baguette” this particular moment. Not all of us have baked sourdough this past year, but most of us have longed for familiar comforts, like something as simple as breaking into a new and perfect loaf of bread. In that sense, Armin & Judy’s is not just a welcome addition to Bridgehampton, but, also, a capturer of the food zeitgeist. They just baguette us.