And We’re Back: Introducing The Fall 2020 Issue of Edible East End 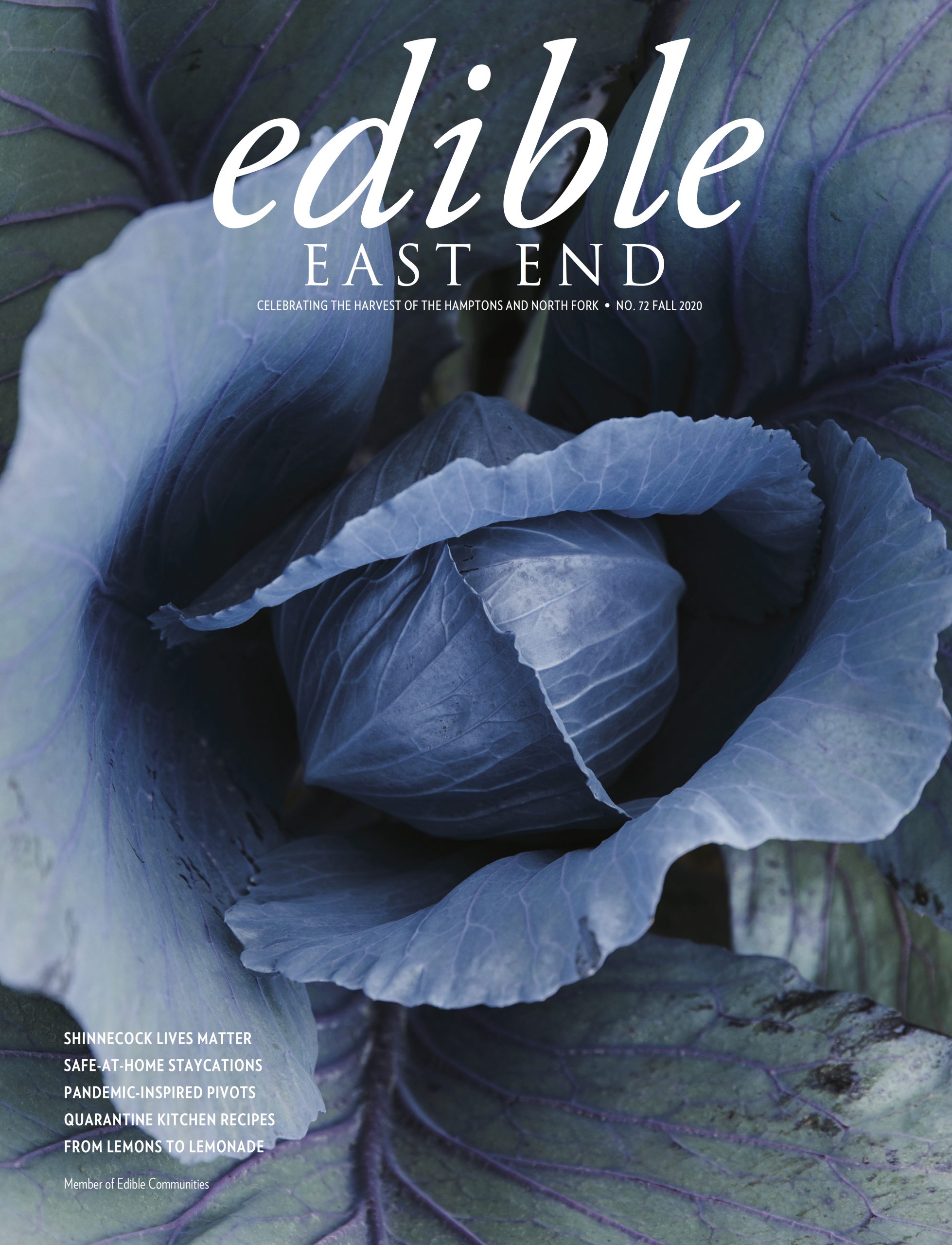 Since becoming editor of this magazine in 2016, I’ve had the privilege of introducing each of our editions with a letter, just like this one. My goal, in writing these letters, has always been the same: To impose a sort of order and tease out some sense of meaning. Because, to me, the job of an editor’s letter is never simply to introduce an issue of a magazine, it’s to take a collection of stories and images and bind them in a way that explains why they’ve been assembled together in the first place; to say, in a manner that makes readers feel something, “This is why these stories matter,” and, “This is why we’re telling them now.”

But that, of course, was before. Before over 210,000 Americans died of Covid-19. Before over 210,000 whole and hearty lives were reduced to single digits in a grim and ever-rising death toll. Before we, as survivors (at least so far), were forced to carry the trauma of such an inconceivable loss. Before we faced the psychological, physical and financial effects of the ensuing lockdown. Before the murders of George Floyd and Breonna Taylor. Before the first of all of the lies were so explosively exposed.

And still, what gives me hope, or at least stops me from completely despairing, is that a gossamer sense of cohesion prevails anyway—in life, yes, but also in the coming stories. This is why they matter. This is why we’re telling them now. Because even amid the year’s isolation, there has been connection. Even amid the year’s tragedy, there has been room and reason to laugh. This resilience, and love of neighbor, is what I hope we’ll all remember long after we retire our masks.

Because if the stories we’ve collected for you in this issue have taught me anything, it’s this: Not only disease is contagious, and we all get to choose what we pass. To borrow from Dickens: What a fair, even-handed, noble adjustment of things is that?

Wishing you and yours safety this season, in every sense,
Meghan