In Bridgehampton, Pierre’s Offers an Authentic Taste of France—and Normalcy

Diners desperate for a taste of normalcy will find it in the reliably fantastic French fare at Pierre’s in Bridgehampton. 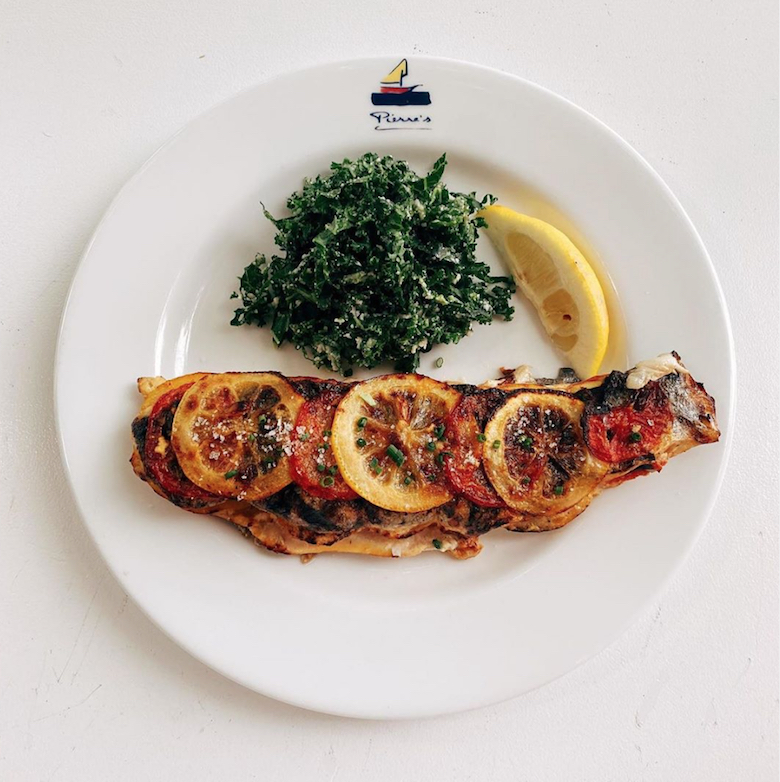 For two decades, Pierre’s, in Bridgehampton, has held court on Main Street, a restaurant dressed in white. Pierre’s has always meant more than one thing to visitors of the Hamptons: a friendly place to visit, irrespective of the season (the restaurant is open all year round); a chic bistro, reminiscent of southern France; and a place where fine food and wine are always at the forefront.

Owner Pierre Weber is a Hamptons transplant, by way of Alsace, and locals know him by his presence on the restaurant floor and Citroën, which is often parked out front. In the face of Covid-19, Weber is still moving forward, at the restaurant that is open each day. His menu is a little smaller these days, but he hopes that takeout will eventually recede, and that guests will feel comfortable in dining rooms again. “The biggest challenge today is the fear of dining out,” he said. “The trust will be back soon, I believe, as long as we do our part professionally.” At the close of the Hamptons season, Pierre’s will be incentivizing diners by offering a Covid-19 discount for all takeout orders.

What has always been tantalizing about Pierre’s is its European feel, inspired, in large part, by Weber’s Alsatian roots. Weber himself points to certain menu items that he feels best express his decades-old restaurant: the tarte flambée (a bacon and onion tart that hails from Alsace), the tuna tartare, the lobster fricassee. The restaurant’s thoughtful wine list, which showcases important regions from all over the world (but, importantly, focuses on some of France’s most iconic and lesser-known regions) is, Weber said, inspired from Ted Conklin, Beverage Director at Sag Harbor’s American Hotel. “His passion and devotion to wine is an example to follow,” Weber said. “Very modestly, I choose wines from countries where I traveled already, and give them all of my attention.”

Some have marveled at how Pierre’s has been able to withstand the challenges of remaining open year-round in a vacation town. But Weber remains committed to serving the community he lives in. “Twenty years ago, it was the community that kept me alive during the offseason,” he said. “It is still true today. So I am committed to these people. It is part of a silent deal I made with them.”

As far as hospitality during a pandemic is concerned, Pierre Weber believes that the business will survive. He also recognizes the labor that goes into making a restaurant work during this particular moment in time. Most importantly, perhaps, he is thankful for his staff. As restaurants struggle to stay on top, restaurant workers are laying the foundation for survival, he said. “During these challenging times, nothing could happen in our hospitality business without the help of our devoted staff,” he said. “It is not easy to wear a mask for six hours straight and keep on going. I want to thank them.” Diners can thank them, too, over a one-of-a-kind tarte flambée, Pierre’s-style.