Think of it as farm to cone. 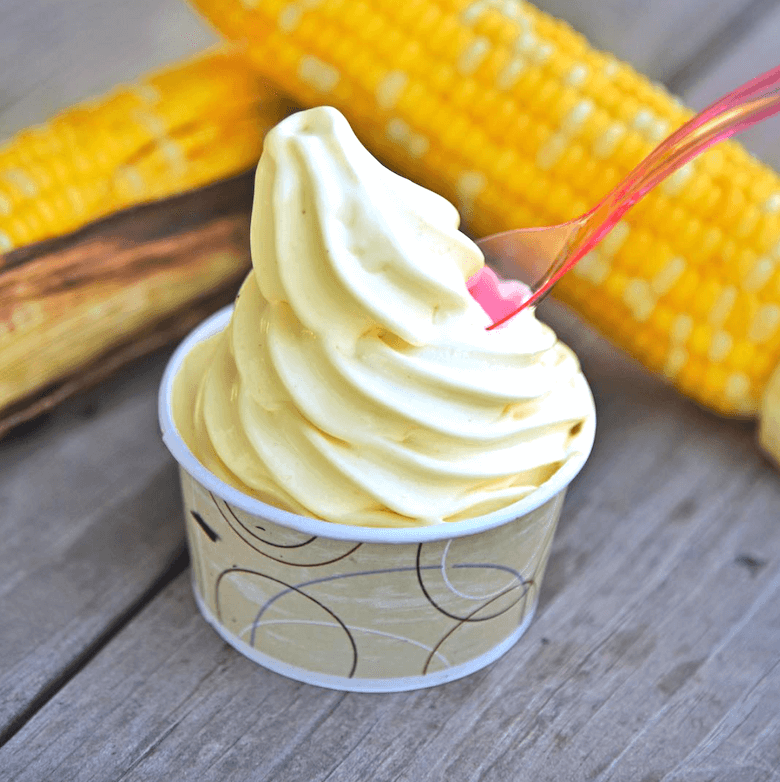 The North Fork is well known for its farm-to-table food movement—and that extends to its ice cream as well. Whether it’s local farms, specialty shops or ice cream parlors, the North Fork offers up some of the best ice cream, using farm grown produce, local honey, and fresh herbs. Think of it as farm-to-cone. 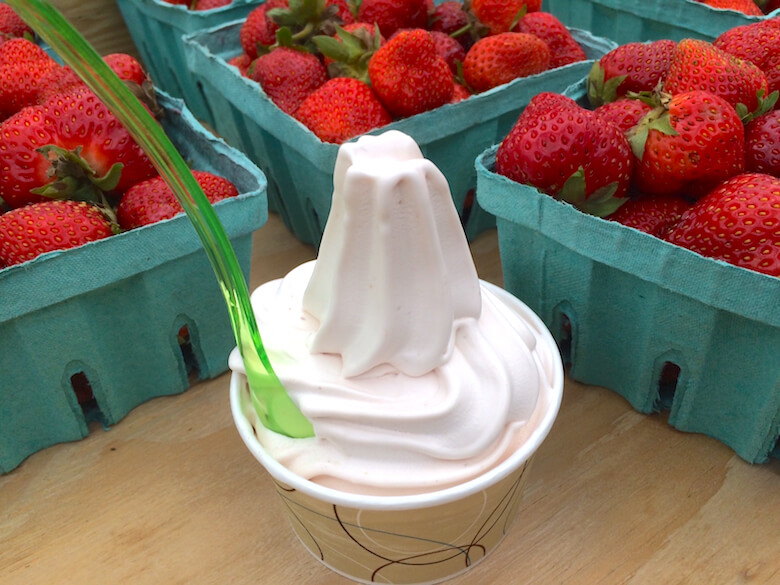 Harbes Family Farm has been growing produce on the North Fork for generations. They sell their homemade ice cream from their farm stand in Mattituck. Right now they’re serving strawberry, but in late July the flavor will switch to corn. Owner Ed Harbes has mastered a way to make real corn custard.

“First the corn is roasted, then small bits are almost liquefied and incorporated into the custard base, which we use in our soft serve machine,” Mr. Harbes explained. “On a summer day, people really enjoy the flavor.”

Custard is made with milk, cream, and egg yolks, which has a creamier texture and smoother consistency than ice cream. Harbes’ corn custard is available during corn season, which usually runs til the end of October.

Harbes Family Farm is located at 715 Sound Avenue in Mattituck. 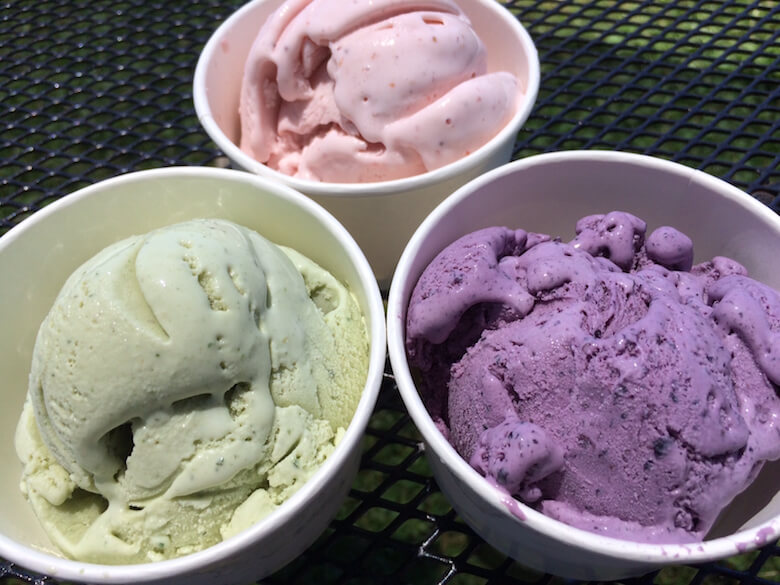 Conceived by Patty’s daughter Jennifer DiVello as a way to educate consumers about when produce comes into season, Jennifer and partner John Pastore make flavors like lemon basil, cocoa mint, and blueberry bliss from lemons, herbs, and blueberries grown on the farm. Available only when produce is in season, their flavors change throughout the year.

“The sugar snap peas ice cream is about to run out because I’m out of peas,” Patty DiVello said. “Cucumbers are coming in, then blackberries and peaches are next. In the fall we’ll have pumpkin, apple pie and maple walnut made with New York maple syrup.”

The Ice Cream Patch can be found at Patty’s Berries & Bunches at 410 Sound Avenue in Mattituck and at Revel North Fork at 28100 Main Road in Cutchogue. 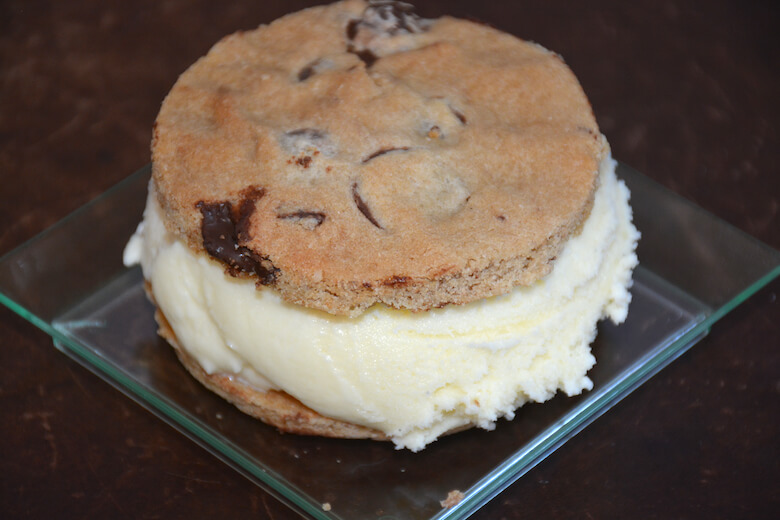 Don’t call North Fork Chocolate Company an ice cream parlor. Because of their proximity to the wineries, this Aquebogue chocolatier describes itself as more of an ice cream tasting room.

While they do serve ice cream in cones and ice cream sandwiches, it’s the tasting flights that make their ice cream experience so distinct. Tastings can be up to four different ice creams and include flavors like strawberry buttermilk, sea salt almond chocolate, and blueberry ginger sorbet.

“We partnered with Goodale Farms to make the ice cream at the farm with Goodale’s milk and eggs right in the room where they pasteurize the milk,” co-owner Ann Corley said. 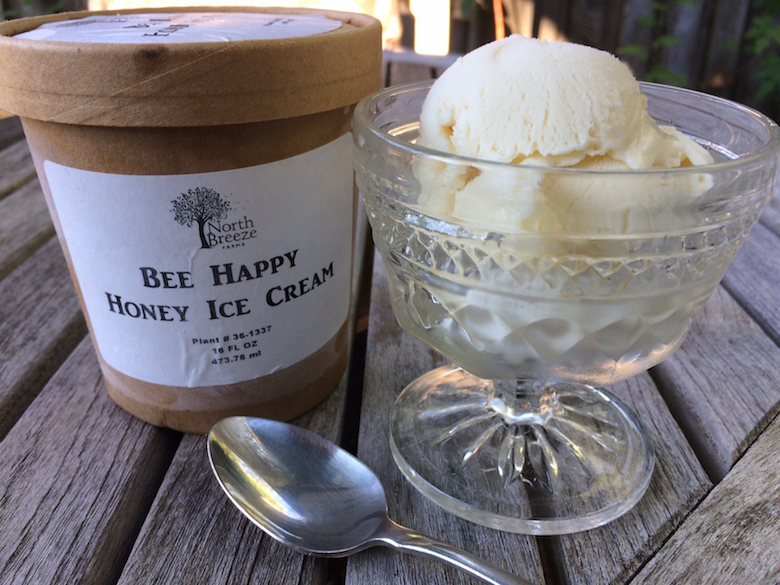 At Shade Trees Nursery in Jamesport, they make and sell their own food line under the label North Breeze Farms. That line includes their own honey and now a honey ice cream.

“I already pour honey on my ice cream at home, so why not incorporate it into the making of it,” owner and beekeeper Lisa Caracciolo said.

The ice cream has a vanilla base, with North Breeze Farms’ honey added as the sweetener. Ms. Caracciolo sells it by the pint in their farm shop.

“I was trying to come up with a catchy name, so we named it “Bee Happy Ice Cream,” she said.

Bee Happy Honey Ice Cream is available year-round. The next flavor on the horizon is pumpkin, which Ms. Caracciolo made last year from fresh pumpkin. It was so popular, she’s already planning to bring it back in the fall.

Shade Trees Nursery is located at 1875 Main Road in Jamesport. 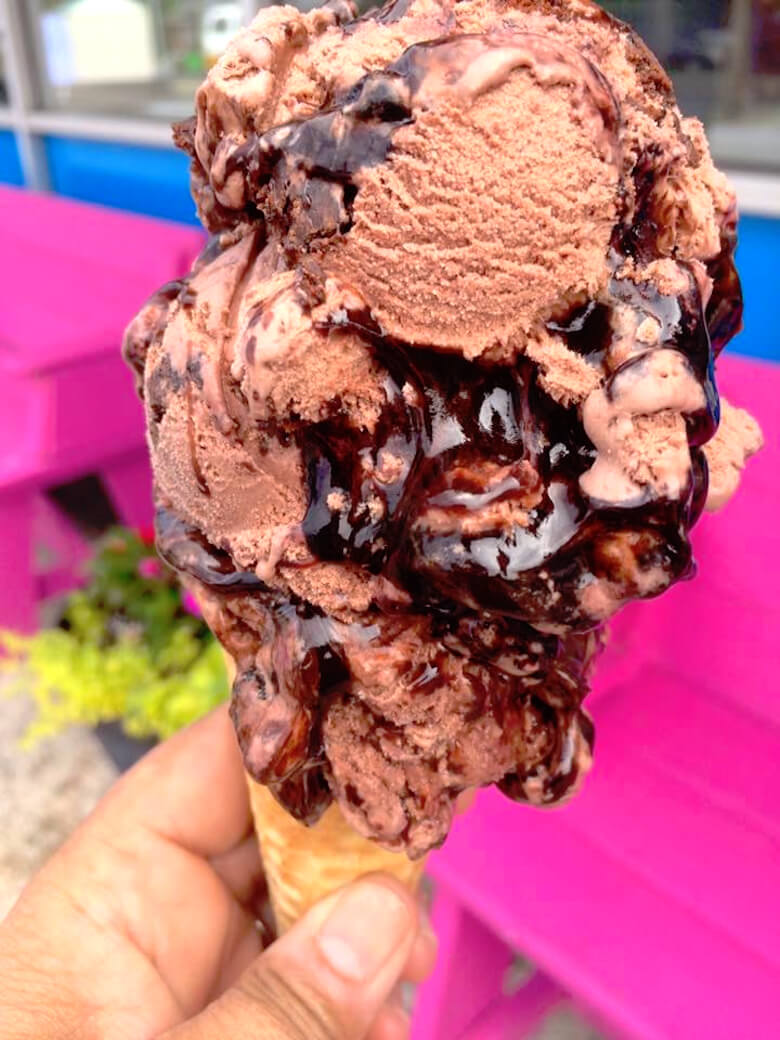 Open since 1953, Snowflake Ice Cream Shoppe is a Riverhead institution. Owner Stu Feldschuh takes advantage of the abundance on the North Fork by incorporating many local ingredients into his ice cream.

“I get all my stuff from Briermere Farms,” Mr. Feldschuh said. “Right now we have local blueberries, we also have a lot of strawberries and raspberries. Everything is homemade and I always have at least one flavor of the week.”

The flavor of the week is promoted on Snowflake’s Facebook page and they’re well known for creating unusual flavors like peanut butter and jelly for the beginning of school and their cannoli ice cream, which was featured on The Food Network.

This story was originally published in 2018.