Edible Eat of the Week: The Lobster Roll at Dockside Bar & Grill

You won’t be able to keep your claws off this lobster roll. 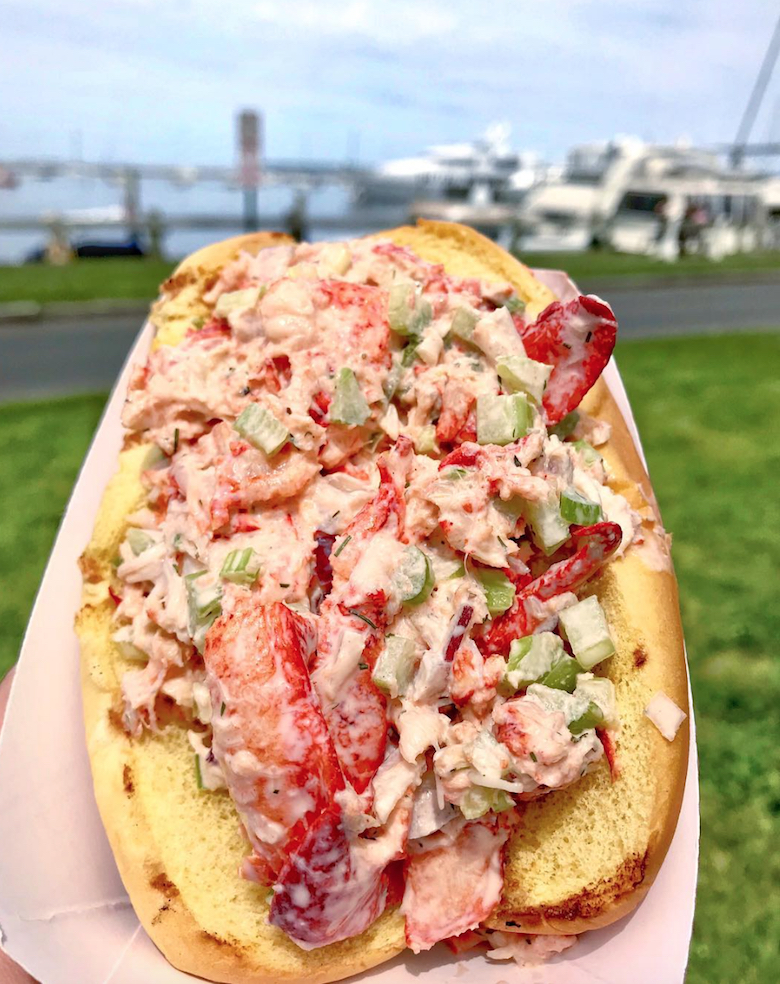 Photo courtesy of Food in the Air

The Eat: A serious lobster roll.

The Story: Have you been to Dockside? If not, you have probably walked past, unaware. From the outside, the restaurant is unassuming, housed in the American Legion building. The seats out front are plastic chairs, nestled beneath heat-shielding umbrellas. But this Sag Harbor treasure enjoys two things. The first is a jaw-dropping view of the harbor itself. Across the street, where boats bob at the famous Sag Harbor Yacht Club, it’s an entirely different scene, but from the vantage point of Dockside, you can see everything, from the megaboats to the sunsets.

Of course, you’re not just here for the view, right? You, like me, came for the Serious Lobster Roll. Served both at lunch and at dinner, this is a monster of a sandwich: north Atlantic lobster, dressed with butter and lobster stock and piled onto a top-split brioche bun. The gorgeous, nearly-too-big-to-hold work of art is served with a green salad, but you can always order a side of French fries, too. You know, to be safe. If lobster rolls and their escalating prices are cause for foodie agita, this one lies in “Not Too Bad” territory, as far as that spectrum is concerned. Thirty-one bucks, which is still less than any number of less impressive rolls.

Do not feel compelled to eat only the roll. I am personally fond of the mussels Milano, which are Prince Edward Island bivalves, steamed with dry vermouth and served with crispy pancetta, roasted garlic butter, and basil. For the truly lobster-obsessed, there are always the lobster and avocado spring rolls, accompanied by a honey-tamari dipping sauce. But if you’re a purist when it comes to these things, don’t sweat it. There’s a reason they call it the Serious Lobster Roll. It really does mean business.

This story was originally published in 2019.