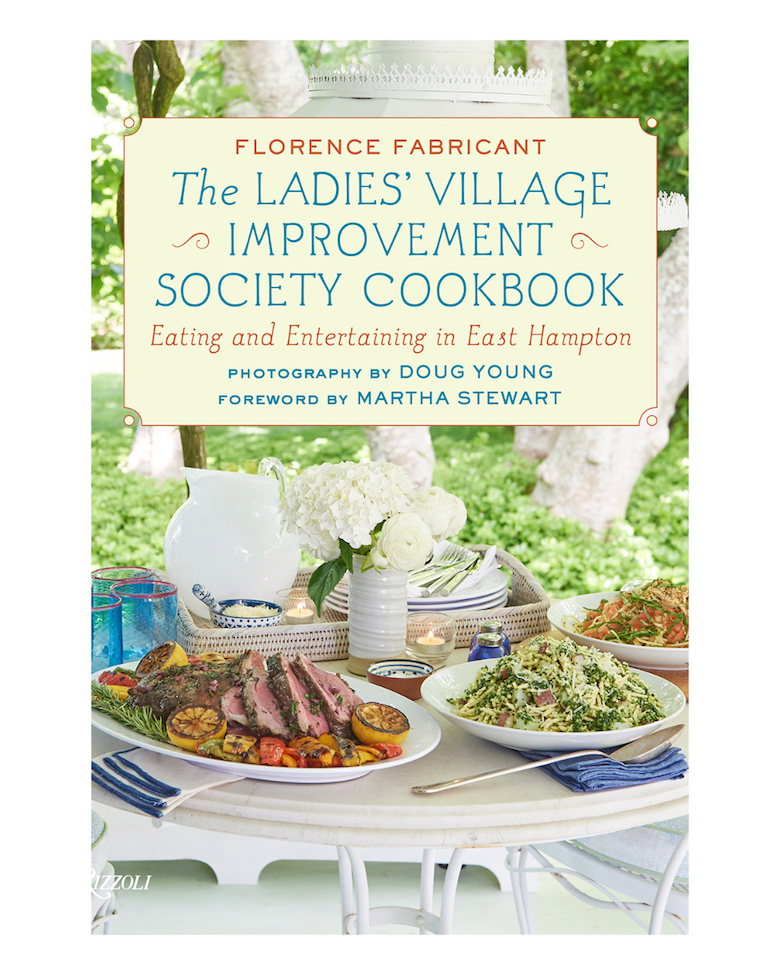 The Ladies’ Village Improvement Society Cookbook was released on April 7, 2020.

The Ladies Village Improvement Society Cookbook: Eating and Entertaining in East Hampton by Florence Fabricant arrived on April 7th. As most of us look to preparing recipes as a source of comfort during this difficult time, cookbooks can play a pivotal and sometimes personal role.

To describe what it felt like when the cookbook I photographed arrived in the mail is difficult. Exciting at first, followed by nervousness, nostalgia, and crossed fingers. What took over two and a half years to complete was now this tangible, published book inside a padded envelope. My thoughts immediately flashed back to where it began.

In late October of 2017, Anne Thomas, then-president of the Ladies Village Improvement Society of East Hampton left me a voicemail. ‘The LVIS is embarking on a cookbook which will be released in 2020 to coincide with our 125th Anniversary Celebration. We are thrilled to have Florence Fabricant as co-author of the book which will be published by Rizzoli International. We are wondering if you might be interested in speaking with us about doing the photography.”

It’s the kind of message you listen to twice. After concentrating on food photography the last five years it finally seemed to be paying off. Of course, I gratefully owed much of that exposure to Edible East End and Edible Long Island, whose covers featured my photos countless times, as well as entertaining features for HC&G magazine and restaurant editorials for Hamptons. The East End was overflowing with talented chefs, restaurants, farmers, fishermen, brewers, and vintners and I found the visual inspiration endless.
I didn’t know very much about the LVIS except that they had a renowned second-hand shop (deemed ‘Salvation Armani’ by a friend) offering ‘slightly used’ designer duds at bargain box prices. This is the Hamptons after all. 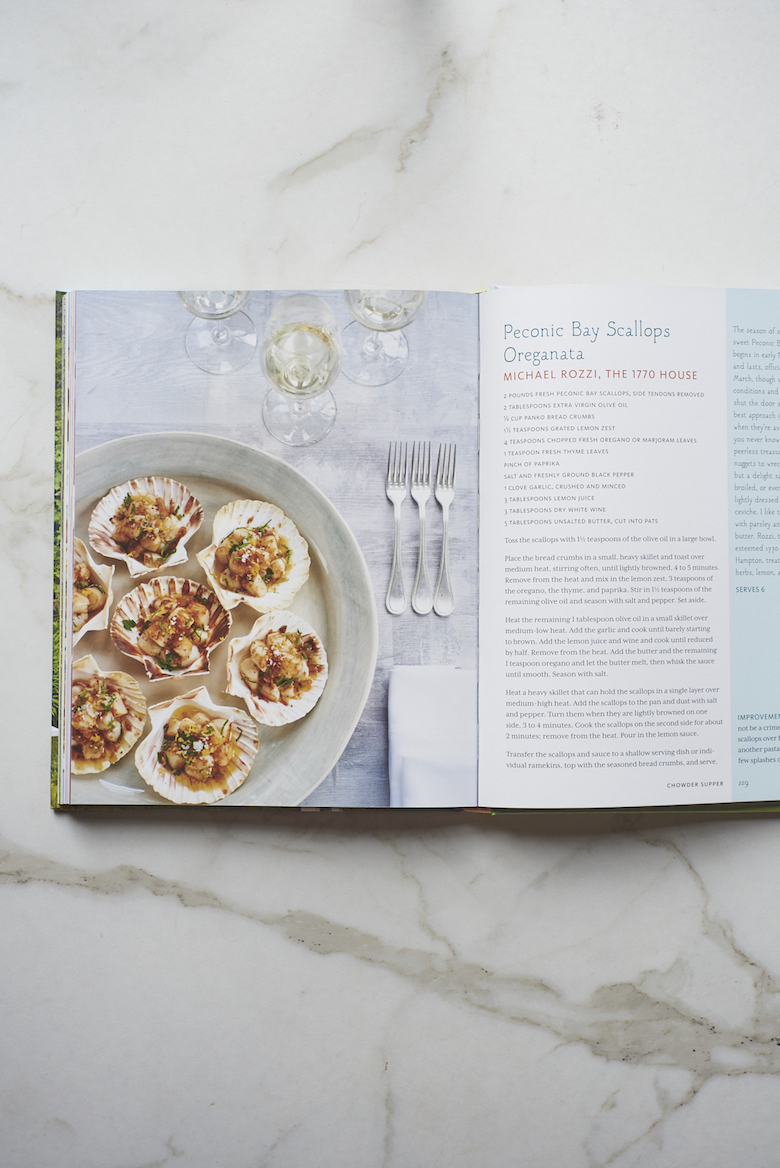 “Legendary food writer Florence Fabricant was at the helm and after collecting and testing a long list of recipe submissions, the photography was ready to begin.”

A bit of research revealed much more. LVIS is committed to East Hampton’s natural beauty by maintaining its ponds, parks, greens and trees, and improvement of education through scholarships. After my initial meeting with the cookbook committee, I learned this would be their 13th cookbook, the first being published in 1896.

Legendary food writer Florence Fabricant was at the helm and after collecting and testing a long list of recipe submissions, the photography was ready to begin. The book was to be organized by menus, each featuring recipes from LVIS members, notable chefs, restaurants, artists, and celebrities.

Art direction came from the book’s designer Patty Fabricant and Aliza Fogelson at Rizzoli with the goal to create ‘sumptuous images with a nod to entertaining’. Florence also felt the book should capture East Hampton landmarks, local farm stands and the beauty of the area through the seasons. I had my work cut out for me. 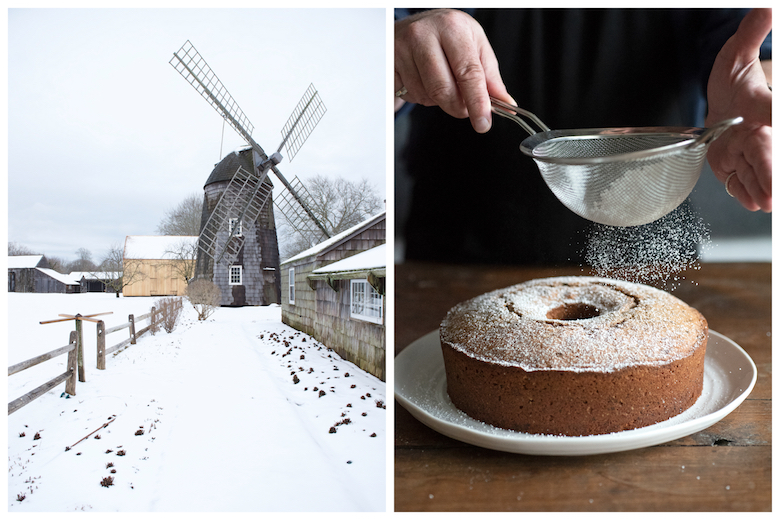 “Rotweinkuchen (Red Wine Cake), a recipe from winemaker Roman Roth of Wolffer Estate, was our first shoot and capturing the dusting of confectioners’ sugar was a big hit with the committee.”

You have to ‘wear a lot of hats’ to take on a project like this so it was helpful I had experience in tabletop and prop styling. Food styling is a whole different ballgame. Luckily my dear friend Cameron Prather was more than happy to help. Cameron and I did quite a few stories together for Edible and his ‘simple elegance’ approach to preparing and plating food was a perfect fit. Rotweinkuchen (Red Wine Cake), a recipe from winemaker Roman Roth of Wolffer Estate, was our first shoot and capturing the dusting of confectioners’ sugar was a big hit with the committee. We were on our way.

After a productive summer and fall shooting almost half the book, we were scheduled to photograph the ‘Holiday Open House’ menu on location upstairs at the LVIS headquarters in mid-December. The untimely death of my brother Vincent a week before was a very difficult hurdle to overcome. Postponed until after the new year, the resilience of everyone coming together to make sure this was a beautiful chapter was very healing for me. Flowers from Missi Bullock of Missi Flowers and prop styling by Jennifer Georges all brought a sense of collaborative magic. 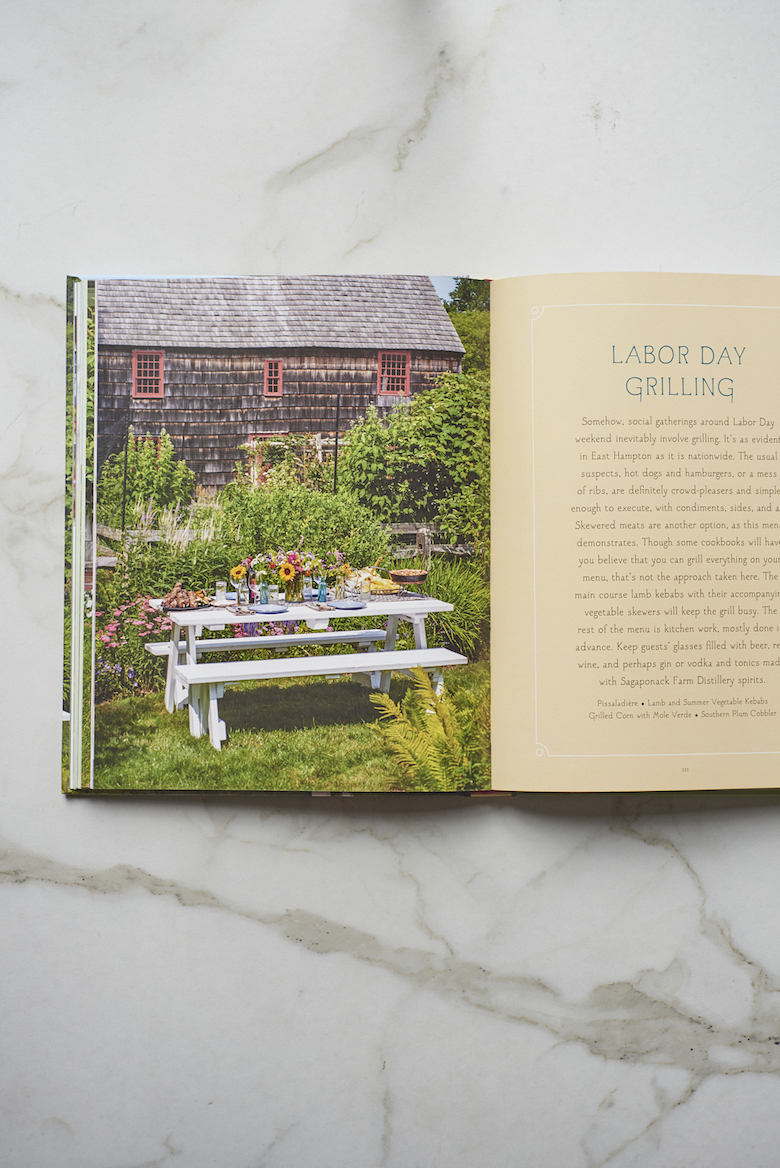 Doug Young’s photography transports the cookbook’s reader to the Hamptons across all four seasons.

Unfortunately, more hurtles followed as Cameron passed away just 3 months later. It was devastating news and difficult to share with the cookbook committee who recognized how special his food styling contributions were. I began to question whether I could continue and finish the project.

With many recipes from reputable chefs, it was decided early on to let them prepare their own dishes for the book, with chef Michael Rozzi of the acclaimed 1770 House in East Hampton being one of them. While photographing his recipe for Scallops Oreganata I felt a kindred spirit with his approach to food and photography. After sending an impassioned email to him and Carol Covell, he came on board to help me complete the project as a food stylist and recipe preparer. Overcoming adversary yet again, another chapter.

Successes, failures, reshoots, missing garnishes, recipe additions, color correction drama, personal and professional set-backs—all came together to create this book in my hand. As I opened the envelope and see it for the first time in print, only two words came to mind: It’s beautiful.

For more on The Ladies Village Improvement Society Cookbook: Eating and Entertaining in East Hampton, please follow @lviscookbook on Instagram to see lots of outtakes, excerpts and vintage recipes.