This wine makes the case for petit verdot’s potential on Long Island. 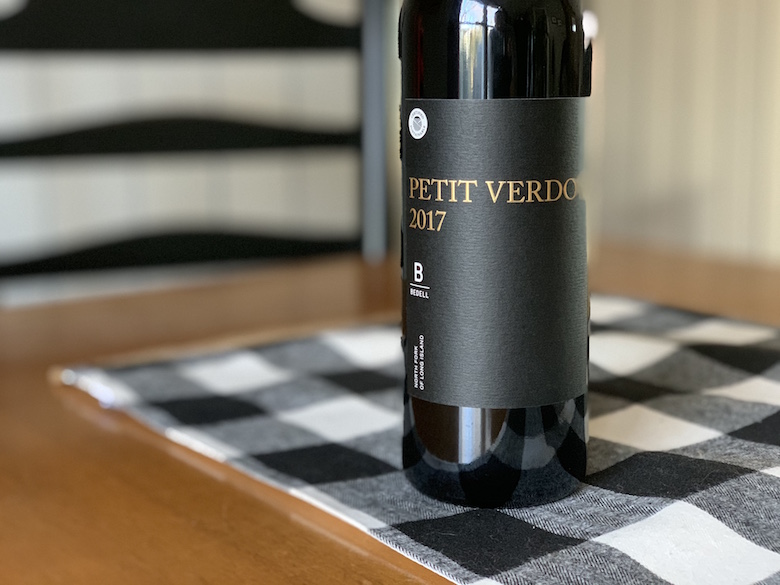 There was a time when petit verdot was only used as a blending grape by Long Island winemakers. With its dark color, bright acidity and grippy tannins it has long been popular as a way to “beef up” other red bottlings, including Bordeaux-style blends—which makes sense as it is one of the five core varieties in Bordeaux (the others being merlot, cabernet franc, cabernet sauvignon and malbec).

Of those grapes, it’s the latest ripener, meaning it’s often the last red wine grape harvested on the East End. When I first started drinking Long Island wines regularly, nearly 20 years ago now, you typically wouldn’t see more than 10 or 15% petit verdot in any blend. But, as time goes on, you’ll find much higher percentages in blends—and an increasing number of stand-alone, varietal bottlings.

Bedell Cellars winemaker Rich Olsen-Harbich made one of the first varietal petit verdots that I can remember in 2004 when he was the winemaker at nearby Raphael. “We first planted petit verdot at Raphael in 1998,” he told me in an email recently. “It was a component in our First Label Merlot wines but in 2004 I made my first standalone bottling. Over the last decade I’ve found petit verdot to be one of the best—if not the best—red wine of any vintage.”

“In our climate, it gets super ripe with a beautiful dark purple color and lots of extraction—yet it retains bracing acidity. It has tons of fruit which combines with saline minerality, silky tannins and bright aromatics,” he said. “For the last 10 years it’s formed a significant part of our top wine, Musee. I really love the wines that it makes.”

This week’s “Long Island By the Bottle” pick, Olsen-Harbich’s Bedell Cellars 2017 Petit Verdot ($50), is lightly toasted at the edges, with ripe blueberry and plum fruit and notes of spice and violets. As it sits in the glass, a coffee note emerges as well as a mineral-y, almost meaty one. Think salt-cured meat. Well-balanced and both fresh and age-worthy, this is the kind of wine that makes you wonder why petit verdot isn’t even more common on its own—especially as our climate changes and gets warmer (even if climate change also brings unpredictable weather as well).

Olsen-Harbich—and for what it’s worth, this writer—believes that petit verdot has a lot of potential here on Long Island. “The grape can get dead ripe with moderate yields and it seems very tough and hardy as well,” he said. “Birds and deer seem to leave it alone for the most part. I think it’s a great variety for our region and I see it gaining in acreage and significance.”