Edible Eat of the Week: The Impossibly Good Ramen at Sen in Sag Harbor

Warm up with a bowl of something hot. 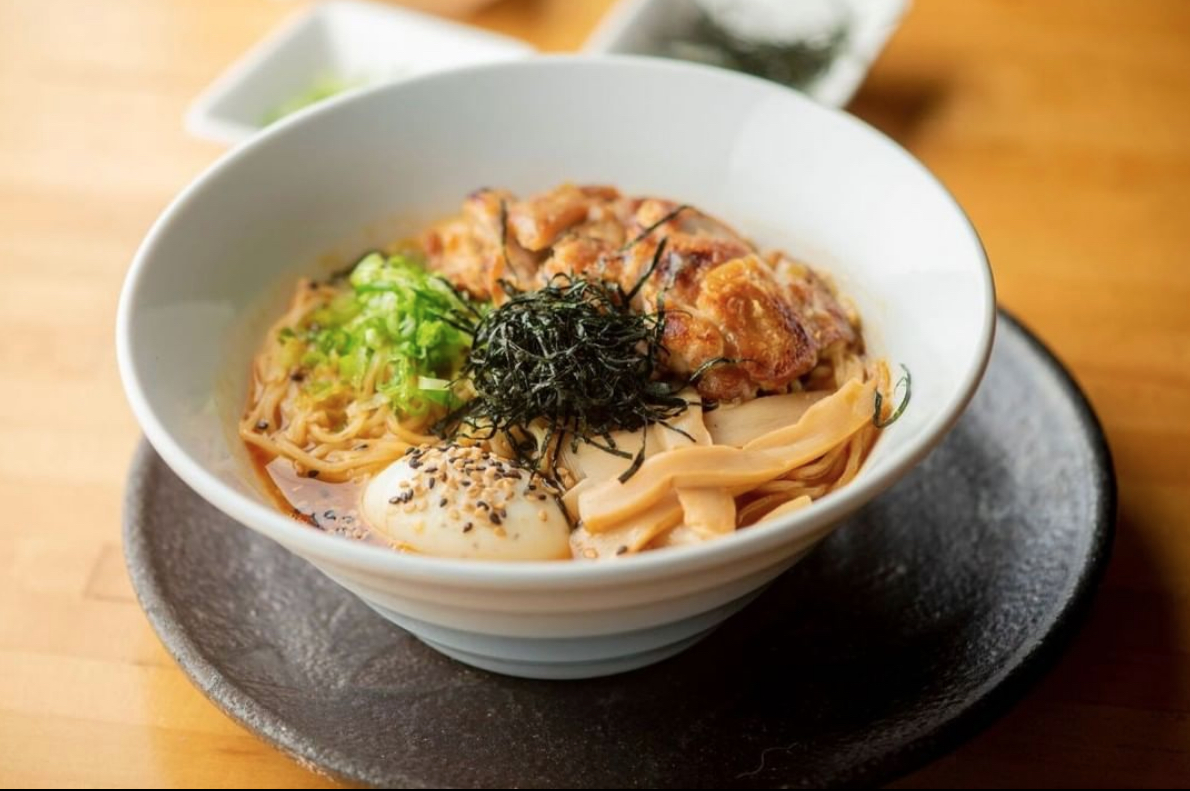 The Eat: Impossibly good ramen that’s worth heading out for.

The Place: Sen in Sag Harbor.

The Story: You don’t want to know how far back my love for ramen noodles goes. It’s not a pretty story. Before I left my New England hometown, I thought ramen noodles were those hard-as-rocks packages you bought at Market Basket for .10 apiece. Those noodles were bad, objectively, but they were also good. They were salty and hot and they had enough MSG to make you forget about all of the other questionable elements therein. But were they real ramen? No. No, they were not.

I won’t bore you with the details of how and when I discovered bona fide ramen. Suffice to say, I did, and now I know the difference between packaged between the real deal and the packaged stuff. Mea culpa.

Which brings me to Sen. This quarter-century-plus-old Sag Harbor restaurant serves actual ramen, the stuff that wakes you up at night with longing. Choose between vegetarian ramen, chili chicken ramen, and double pork ramen. Here’s my opinion, though: The only ramen to order at Sen is the double pork, which comes with a milky bone-based broth, springy noodles, shell pink strips of ginger, roast pork slices, bamboo shoots, and a runny egg. It’s enough to share, I guess, if you’re feeling generous, but I rarely am—not when it comes to ramen.

As the cold winter drags on, and you fight the urge to stay in bed for an extra hour, just know that there is a bowl of superlative soup waiting for you in Sag Harbor. It’s well worth braving the cold for. So put on an extra layer and get outside. Soup’s on.