All of the flavor, none of the crowds. 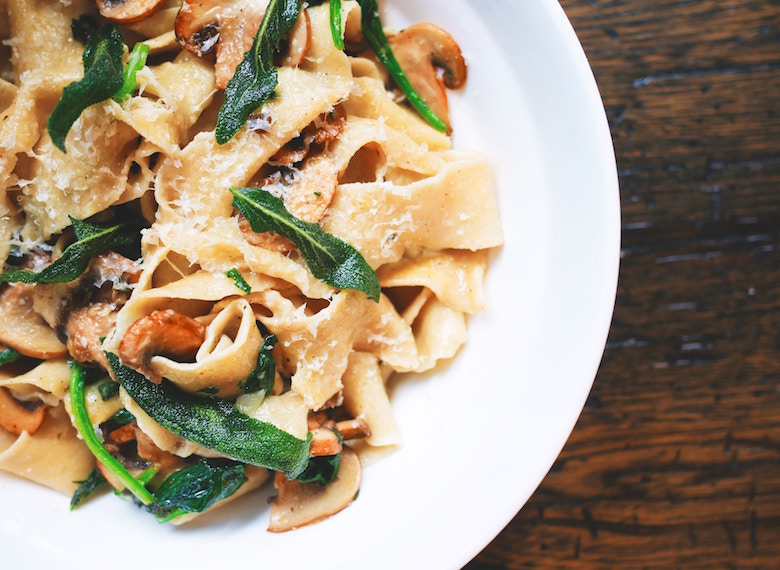 Not all of the restaurants in the Hamptons close for the coldest months. If you’re hungry for something delicious, head straight to these four spots, which represent some of the tastiest off-season eating out east. Consider this your Eating Guide to the Hamptons, Low Season Edition.

A post shared by Almond Bridgehampton (@almondbridgehampton) on Nov 6, 2019 at 7:47am PST

Chef Jason Weiner is constantly on his toes when it comes to this Bridgehampton restaurant—and winter doesn’t mean any less ambition. Every night, he adds a special to the menu, in accordance with a vague schedule that’s open to interpretation (meatless Mondays, surf ‘n turf Tuesdays, Julia Child Wednesdays, ramen Thursdays, and so on). Of course, the regular menu is inspiring enough to compel a mid-winter trip. If Korean-style short ribs with kimchi, black bean ssam sauce, sticky rice, and grilled scallions isn’t enough to get you salivating, I’m not sure what will.

Perfect for 2-or for everyone at your table to share, a 42oz bone in Rib-Eye from “Painted Hills”, Oregon. Cooked to your liking on the grill with 2 choices of sides. @paintedhillsoregon #steakfortwo #boneinribeye #plentyforeveryone #delish #grilledtoperfection

Here’s one reason to hit up this 30-year-old hot spot in the cold months: The pizza is only available in the offseason. There are plenty of other reasons to visit Nick & Toni’s, of course, including their delicious pasta, fish, and meat offerings. But the pizza, cooked in an oven that dominates the front dining room, happens to also be top-notch.

Everything you’ve heard about the massive portions at this Montauk go-to is true: they’re enormous. But here’s a pro-tip. The restaurant offers smaller portions in the winter, which means that you can add this to your rotation of offseason restaurants, even if you don’t have a large group with you.

This one's for the foodies! We're serving roasted bone marrow tonight 🔥 rich and buttery, this special will warm your soul 👻🤸⛷️

This Sag Harbor restaurant has some of the best deals in the Hamptons, regardless of the season. But, while the crowds are gone, you are definitely going to want to take advantage of Sunday night dollar oysters, as well as Tuesday night pork Milanese, Wednesday night lobster, and Thursday night bouillabaisse.