Who Makes the Best Burger in Greenport? The Results Are In

By now we all know that Greenport is teeming with restaurants. It’s like walking across Manhattan’s downtown confronted with a plethora of choices in terms of both ambience and cuisine. With the rise of so many options, there has also been a rise in quality. But sometimes it’s not about the pomp and circumstance of foie gras or tuna tartare. Sometimes, we just want a really good burger.

For many years there has been conjecture and speculation over the best burger in Greenport. To finally solve the mystery, Greenport Gazette went on an interesting quest. Late last year, over the month of November, they collected nominations via Instagram from the general public. There were only a few simple rules. One: Nominees must be in Greenport. Two: The burger must be on their regular menu. Three: Judges will be impartial non-burger flippers. Four: Nominees must be open in the off-season [2019]. This resulted in their Top 5 Burger Joints: The Whiskey Wind, First and South, American Beech, noah’s Restaurant, and Ellen’s on Front. With the help of five judges, they all set out on the eve of Thursday, December 19th to crawl the village in pursuit of science, happiness (AKA: unadulterated gluttony), and to ultimately find the best burger in Greenport. 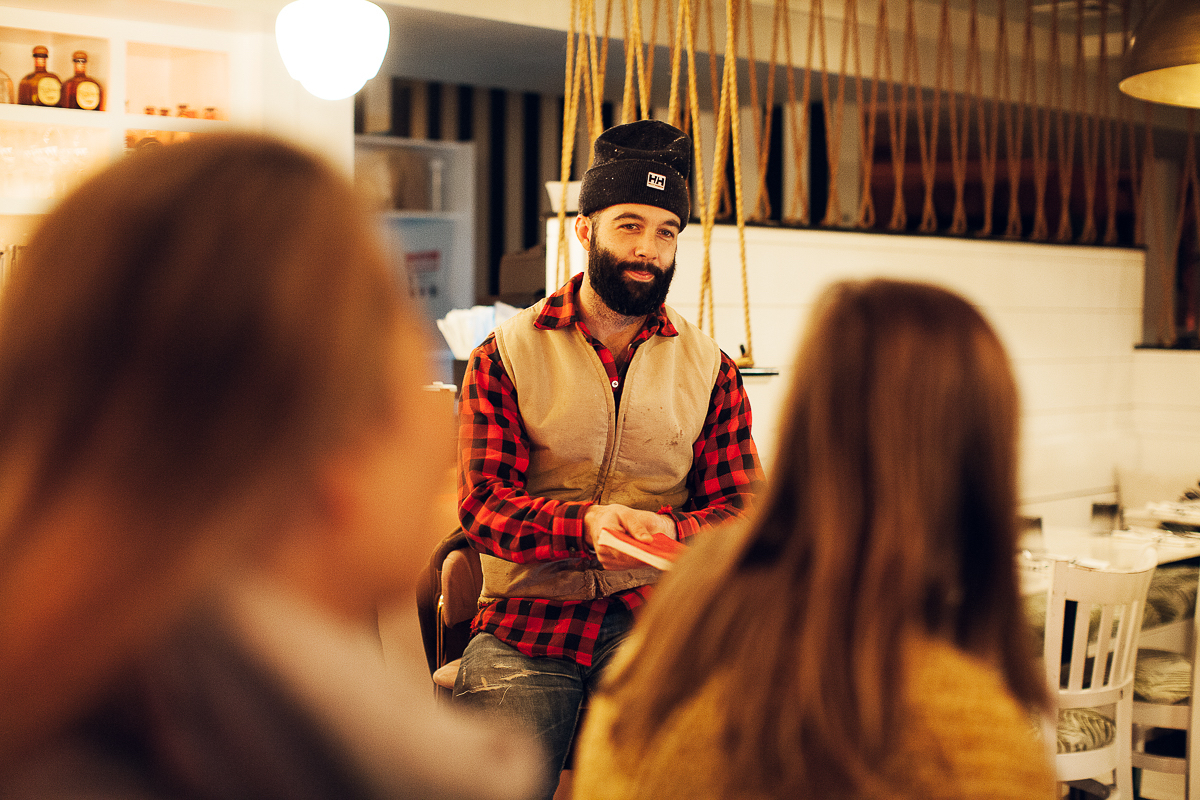 Non-burger flipping judges were as follows: Alicia Ekeler-Valle, the Tasting Room Director at Lieb Cellars; Jonathan Weiskopf, Gallery Director at VSOP Projects; Melissa Gabrielsen, the renaissance woman behind @plants.and.clay; Kelly Treiber, farmer at Treiber Farms; and Jessica O’Brien, long time private chef in NYC and the Hamptons. Each judge received 5 scorecards (one for each restaurant) that contained five categories with which to grade each burger. Each category could be awarded up to five points. In the end, the score card was tallied for each restaurant for the total number of points which resulted in the winner of Greenport’s Burger Crawl. 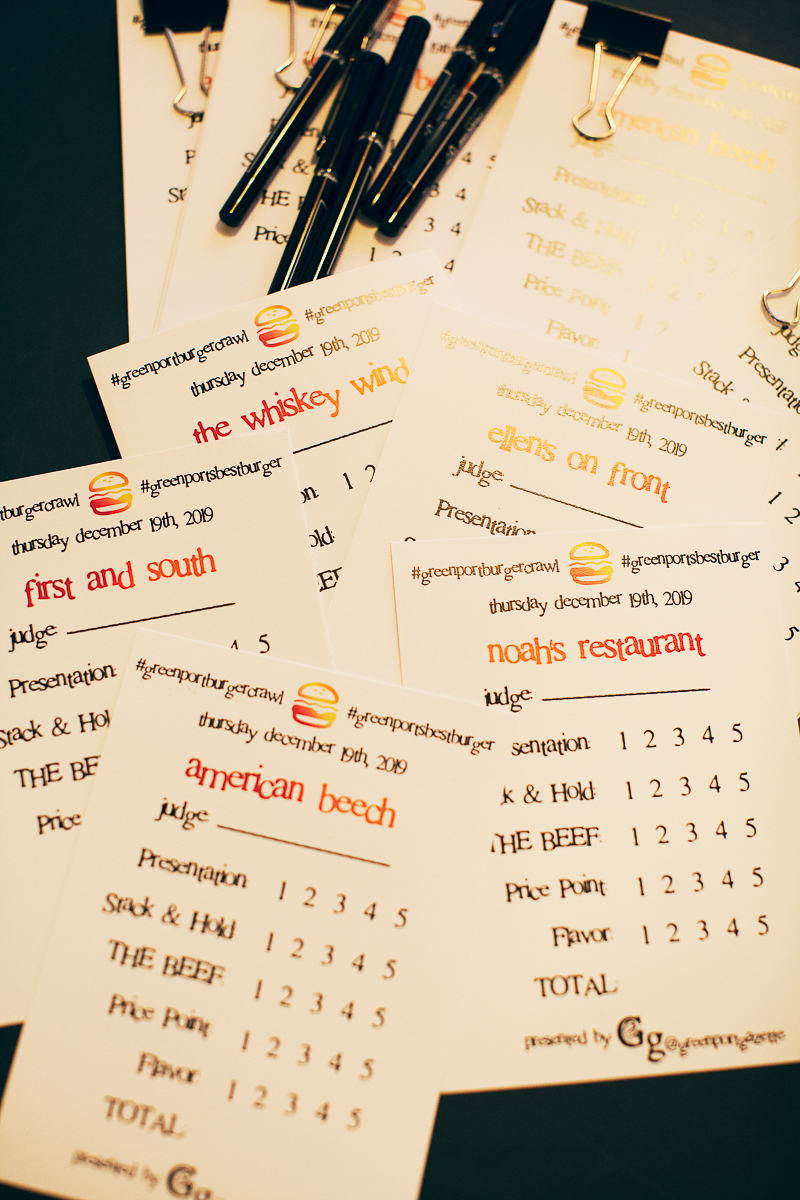 Each judge received scorecards for each of Greenport’s Top Five Burger Joints that were used to grade each burger with a point system based on five categories.

The order of the crawl was simple. The crew ventured counter clockwise through the village. American Beech was the first stop. Here, the judges met and deliberated on the meaning of each category as well as their choice of temperature. All agreed: medium rare, across the board, was the way to go. Add ons were appreciated, but counted towards each burger’s Price Point, if applicable, or its Presentation. And without a doubt, each burger should have cheese—specifically gruyere, if given the choice. This was, after all, for science! Presentation was straightforward; Price Point meant that you got every bang for your buck. But whereas Flavor meant the overall flavor of the burger as a dish, the Beef category had everything to do with its savory taste to the burger temperature itself. The Stack & Hold, however, was not something many of the judges had considered in the past. What was the architecture of the burger? Did the tomato hold up; did the beef stay in place; how much support did the bun lend? As the old adage goes: it’s hard work, but someone’s got to do it.

The judges crawled on, enlivened by the brisk cold and eager pursuit. It was the purest vision of Greenport in the off-season as they walked down those hidden alleyways. After American Beech was First and South, followed by noah’s Restaurant, Ellen’s on Front, and The Whiskey Wind. 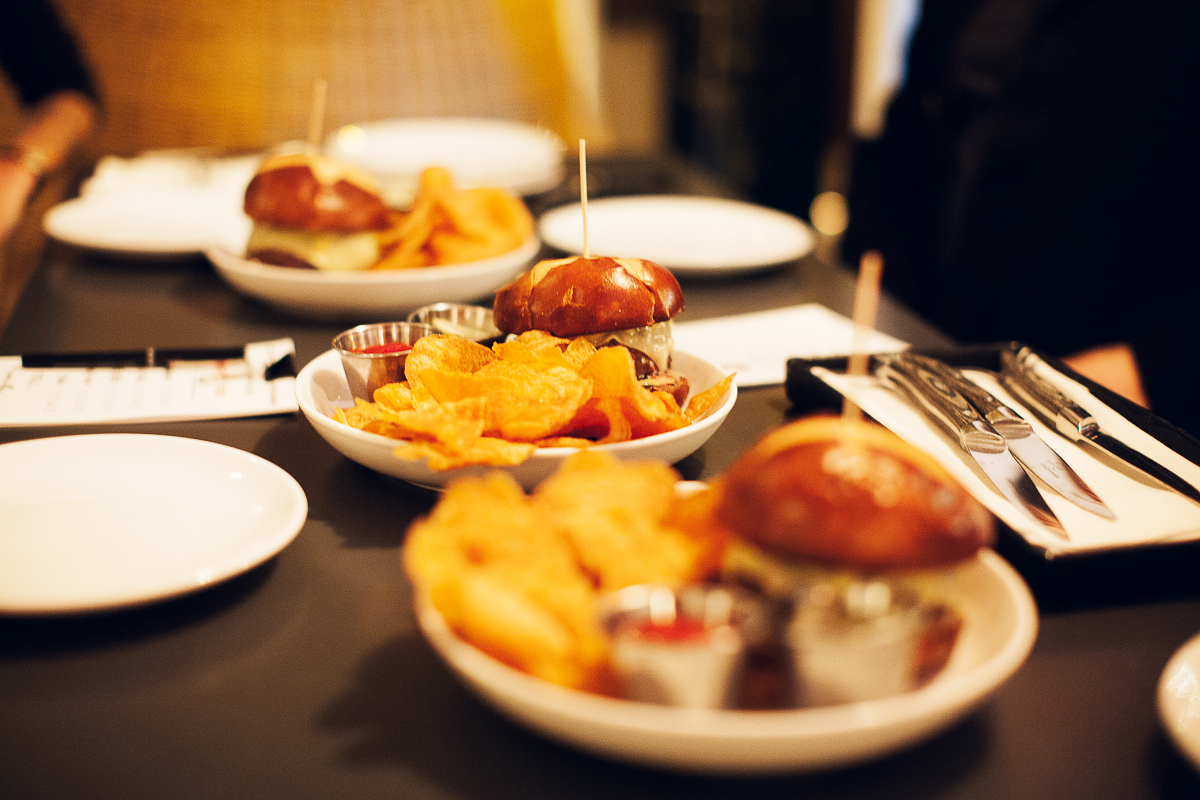 American Beech was the first stop of Greenport’s Burger Crawl presenting us with their Beech Burger! They received kudos for The Beef.

American Beech’s Beech Burger landed at $17 and was served on a pretzel bun with gruyere, garlic aioli, alongside house made chips. They received kudos on The Beef.

First and South really did have A Really Good Burger; it was a classic. Served with their award-winning first fries, local lettuce, and a pickle, the crew chose gruyere for their cheese totaling the burger to $16.00. Top Kudos on their Stack & Hold. It was pristine. 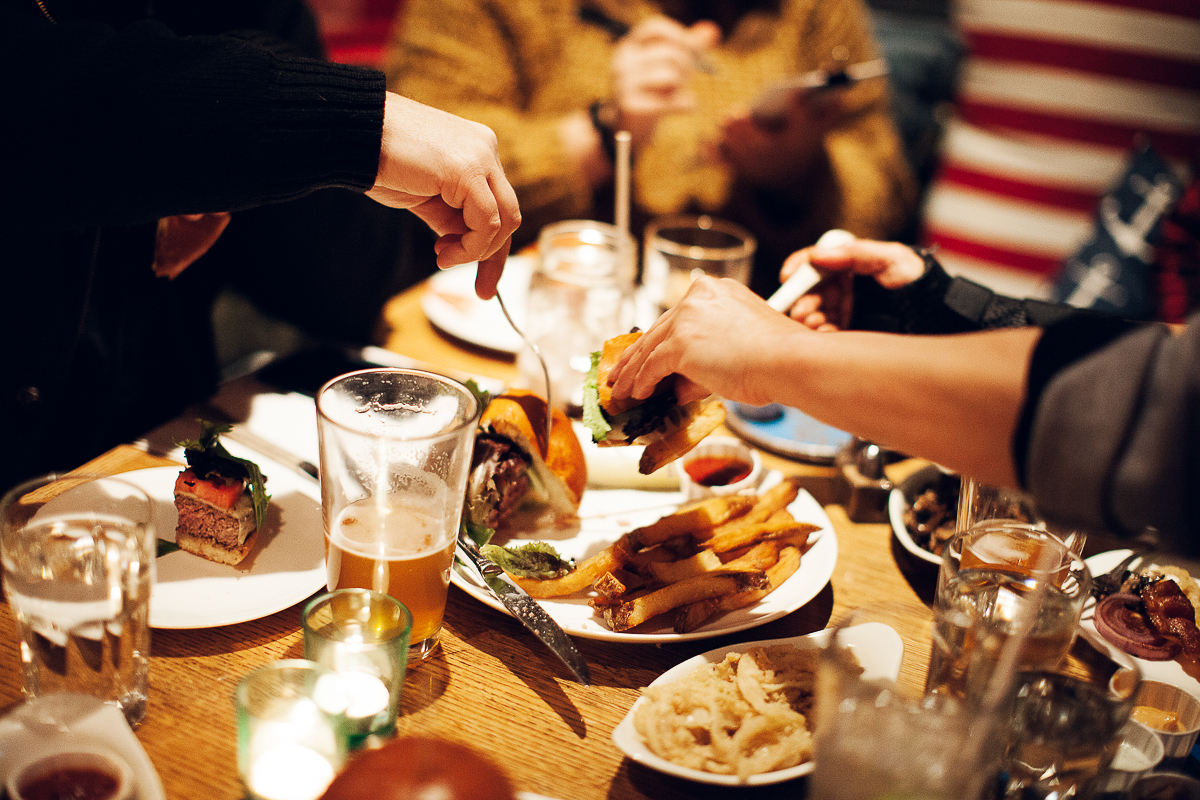 First and Sound really did have A Really Good Burger.

noah’s followed with a $20 burger on a Blue Duck brioche bun, lettuce, tomato, French fries with the addition of gruyere as the cheese of choice. Kudos on their Presentation; the grill charred bun was duly noted.

Ellen’s Burger was $16 without a choice in the matter. It was served on a parker house bun with 5 Spoke Creamery cheddar, onion mostarda, homemade pickles, lettuce, tomato, and served with fries and a curve ball: tater tots! Top Kudos on The Beef. 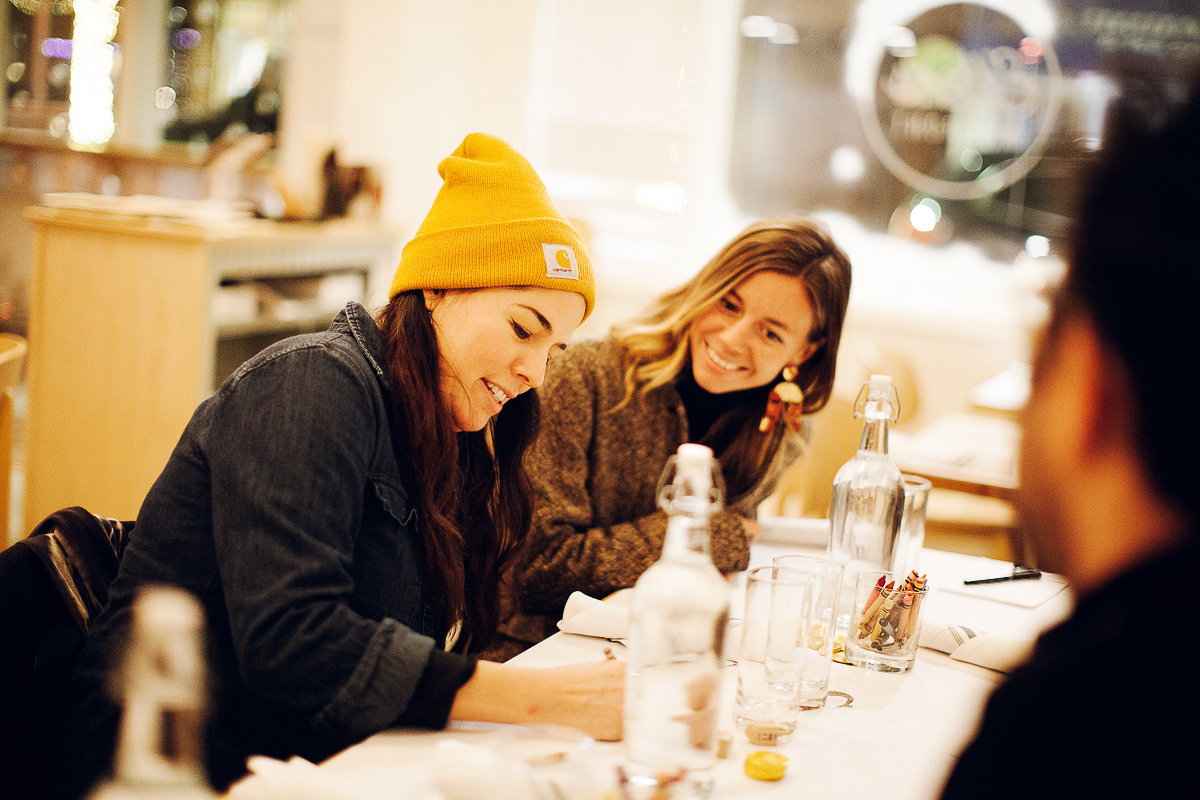 The Whiskey Wind’s Cheeseburger came in humbly in the end. At $12.00, it was served open faced on a sesame seed bun with lettuce, tomato, onion, a choice of either American, Cheddar, or Swiss cheese alongside a pickle and fries. It’s the backyard burger we all long for on a late summer night or while we wait for a snow blizzard to pass through the sleepy village. Kudos on their Price Point.

But in the end, there must be a winner. So without further ado: the winner of Greenport Gazette’s 2019 Greenport Burger Crawl with the highest scores across the board is—drum roll, please!—Ellen’s on Front! Congratulations to the chef, Jennie Werts! You did good! 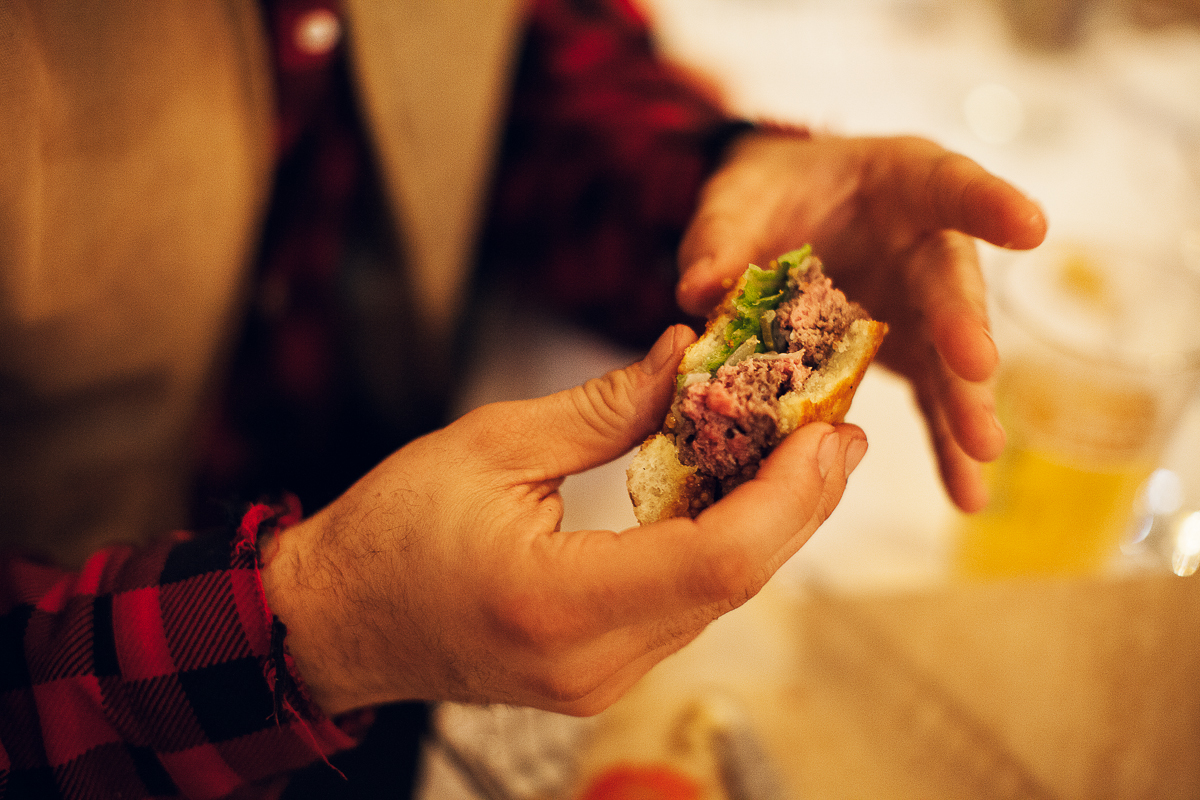 Ellen’s Burger from Ellen’s on Front was the top contender with high scores across the board, ultimately winning Greenport’s Burger Crawl!

Be sure to visit all five of Greenport’s Top Burger Joints throughout this New Year. And thanks so much to the burger panel. Bless you.

Greenport Gazette is an online culture zine by #thevillagepeople that lies somewhere between hope and cynicism. They haven’t published anything.