When the Kitchen Is the Room Where Everything Happened 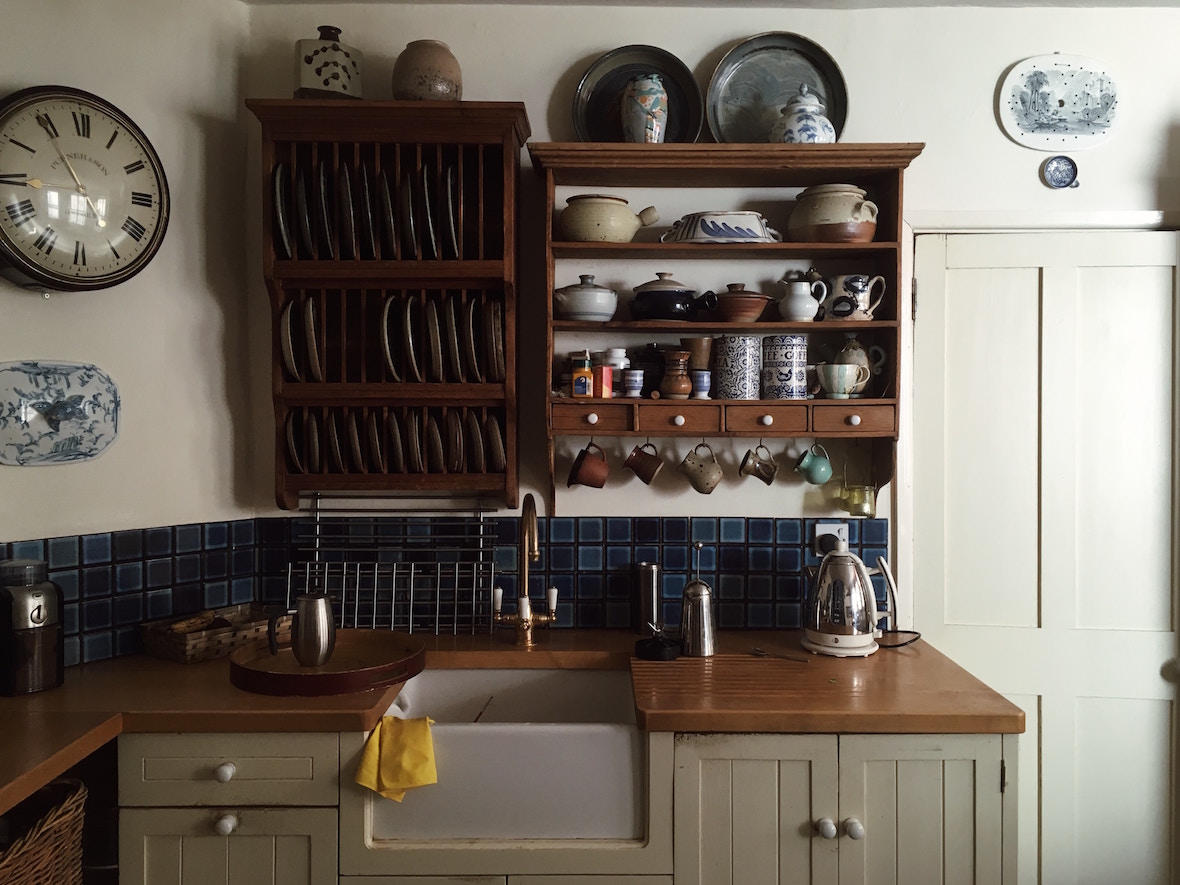 Way too big, I told him as soon as I stepped into the shingled house by the pond. Nearby, long-haired cows chewed the bright green grass of the East End. Beyond the deck, hundreds of phragmites stretched their fluffy necks back and forth, dancing with the summer breeze.

We were searching for a small weekend retreat to call our own. One turned out too dark, another too close to the busy road. A delightful crumbling captain’s house at the top of the hill could grow into a money pit. I was too anxious to sleep well in the woods. He was too savvy to choose a house without view.

Way too big, I repeated to no one, now standing in the kitchen. But the wide windows were open and the sun came streaming in, pausing on the reddish wooden island. I walked towards the stainless steel professional stove and caressed the cold metal. I turned on the hood. I imagined my grandmother’s Le Creuset pot wiggling its large hips to make its home in the oven. Young lettuce leaves would enjoy bathing in the white farmer’s sink on the other side. My old colorful china could peek through the glass cabinets. I sat on the simple straw stools, picturing my cookbooks on the simple white shelves. Before I had even made my way to the second floor, I was in love. 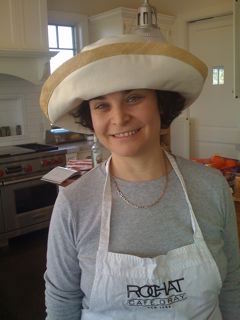 The author, Sylvie Bigar, in her own country kitchen.

With two toddlers and a large golden mutt, the kitchen became the center of the family life. The place we cooked, the place we baked, the place we chopped and peeled but also the place we did homework, painted eggs at Easter and ate latkes at Hanukkah. When I started testing recipes for a food writer’s upcoming cookbooks, the drawers stretched to hold microplane zesters, peelers and piping bags. When the kids demanded we make pasta from scratch, they found ways to stuff flour in the heating vents under the table.

A crepe found its way to the ceiling and stayed there a while. When we discovered that chives grew all around the lawn, my mini gourmands insisted we install a chives stand in the village; no lemonade stand for this crew. I had a knife set (bought on our honeymoon in Italy) that stood on a tricolor wooden stand: beautiful but lame. So I went in search of my very first Japanese knife, the one that would carry us through years of onion tears.

We made strawberry tarts in summer and pumpkin gratins in the fall. A swift fox darted over the frozen pond one morning; spring fawn stumbled on the lawn. Chicken legs became bait for the blue crabs who crossed the deck at sunset.

It was at the kitchen table that we told our daughter we would no longer live together. Then the wine bottles moved out with his galoshes.

Seasons went by. I started writing full-time and as a dare entered a writing contest. A few weeks later, a notice arrived telling me I had won and a huge package was delivered the next day. I placed it on the island and opened it up. Inside, a gigantic cast iron pot stared at me.

Way too big, I thought. But it wasn’t. A few months later, I made a monster beef bourguignon for my kids, my friends and my new love. The pot and the kitchen turned out to be just right for me.