Keep an eye out for this one, which will be available this spring. 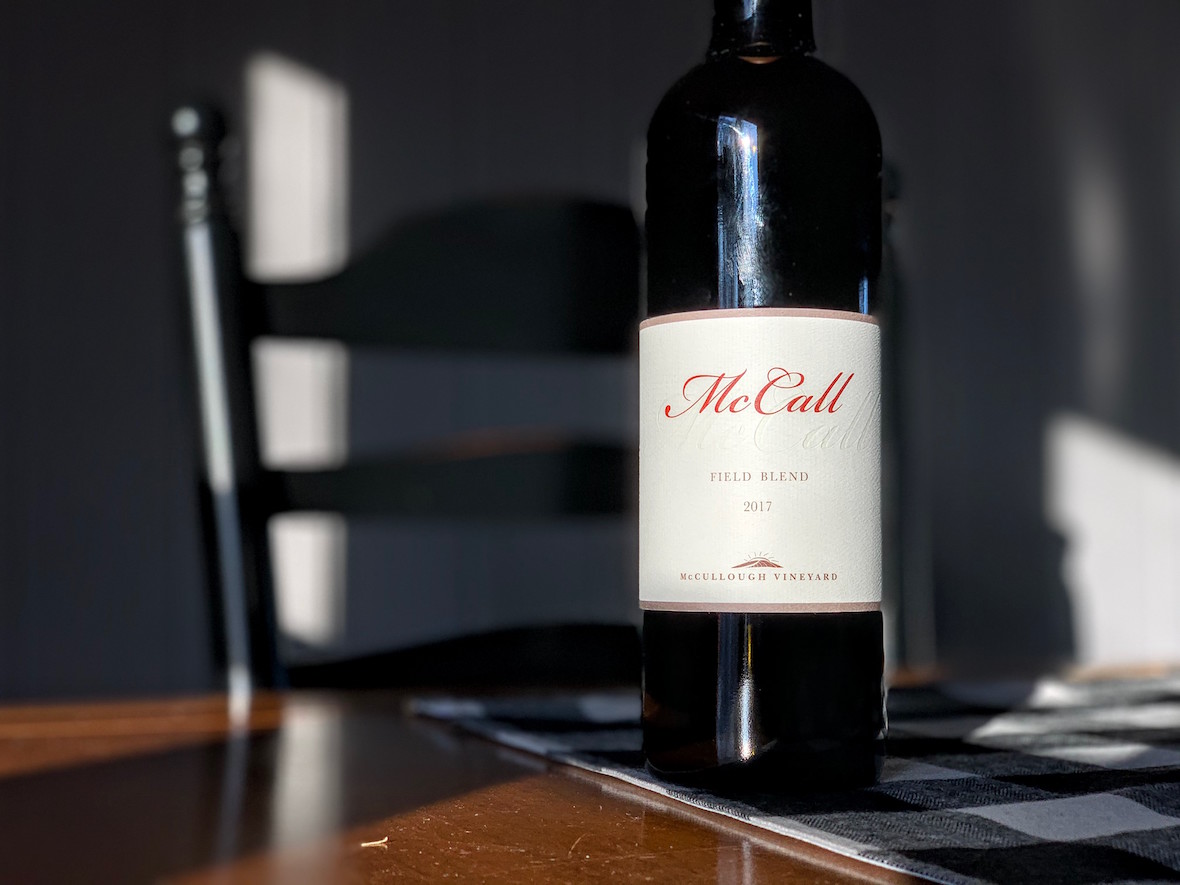 Doing something different—at least if you do it well—is one way that a winery can differentiate itself in a crowded market. When I think of Pinot Noir on Long Island, I think of McCall Wines first. And probably second too. Maybe even third. They have the market largely cornered for the heartbreak grape in a region that isn’t all that well suited to it.

And yet, Pinot Noir is far from the only thing that McCall does well. Their sauvignon blanc is always among the best on the North Fork. In some vintages, the cabernet franc is too. And Ben’s Blend, a Bordeaux-style blend named for vineyard manager Ben Sisson, who passed away in 2009, is a standout any time that it’s made.

You can think of this week’s “By the Bottle” pick—McCall Wines 2017 “Field Blend” ($30)—as the little brother wine to Ben’s Blend. It, too, is a Bordeaux-style blend, but made with fruit grown by veteran Lenz vineyard manager Sam McCullough in his own vineyard. It’s 75% Merlot and as such could be labeled simply as Merlot, but it also contains 14% Cabernet Sauvignon, 6% Petit Verdot and 5% Cabernet Franc.

It’s lighter bodied than Ben’s Blend, but it’s unmistakably North Fork in its soft plum and blackberry flavors with floral nuances and layers of earth, cocoa powder and savory herb. The tannins are soft and approachable and there is a nice bit of fresh acidity here.

It’s a great example of what sub-$30 North Fork blends can be when they aren’t beaten with too much new oak.

McCall’s new general manager, Suellen Tunney suggests pairing it with “roasted chicken and vegetables or beef bourguignon,” because “the Merlot works beautifully with the caramelization of roasted vegetables and equally pairs well with the richness of beef as the bright acidity will cut through the fat.”

Though not available quite yet, it’s coming this spring, so keep an eye out for it.