Excellent coffee, homemade baked goods and a heavy dollop of hygge are just some of the things on offer at this East Hampton-based shop. 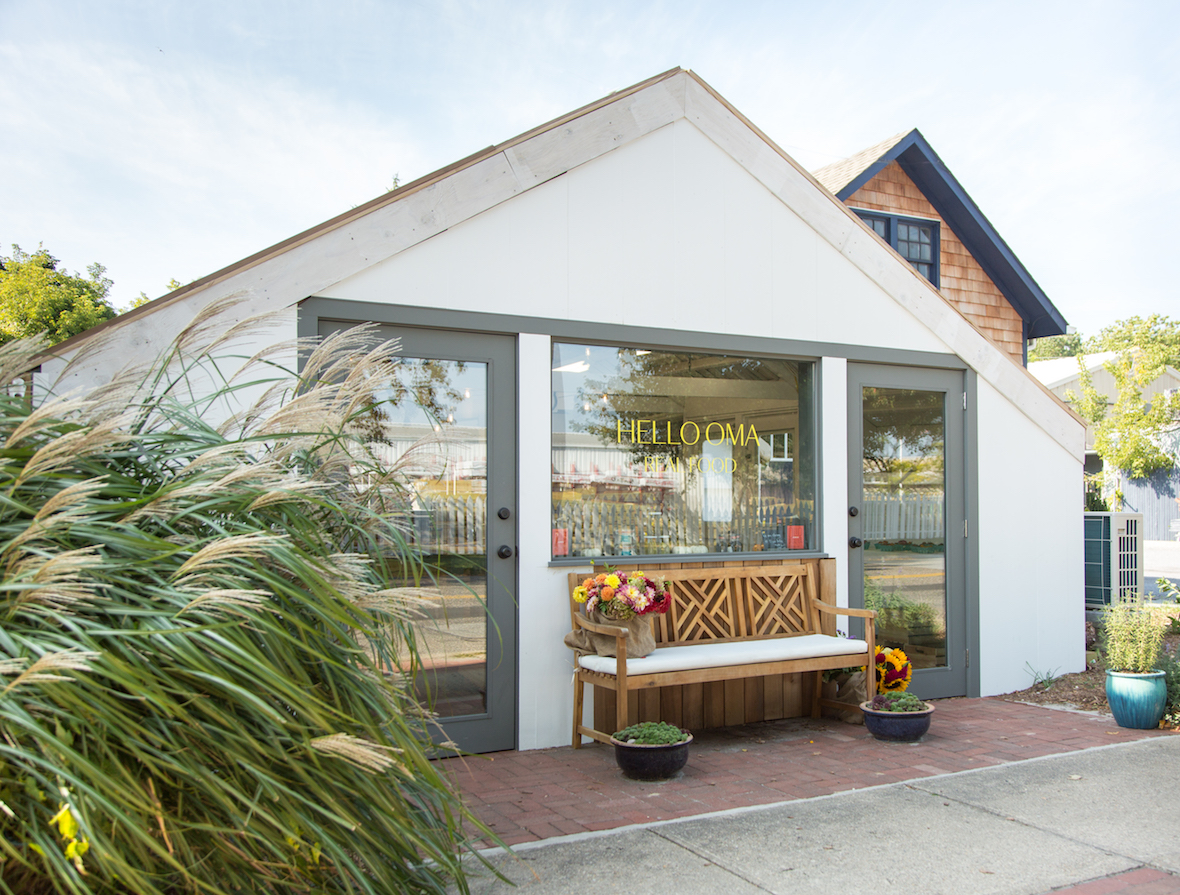 In East Hampton, retail is changing, one storefront at a time. Kristofer Kalas is the local behind Hello Oma, an East Hampton space dedicated to great coffee, prepared foods, baked goods, homemade chocolate and more. “I really liked this little space,” Kalas says of his decision to open on Race Lane. “I went to elementary school across the street. I always used to walk past it on my way home from school.”

Kalas, who has a background as a private chef and who also produces his own chocolate, largely for wholesale, was inspired to open a space that reduced waste. “We make what we use, and we use what we make,” he says. Even a rotation of pizzas is framed around what is available at the market. Produce comes from Kalas’s godmothers, both of whom run farms. Regina Whitney runs her farm around the corner in East Hampton, while Franca Tantillo runs the 40-acre Berried Treasures in the Catskills. 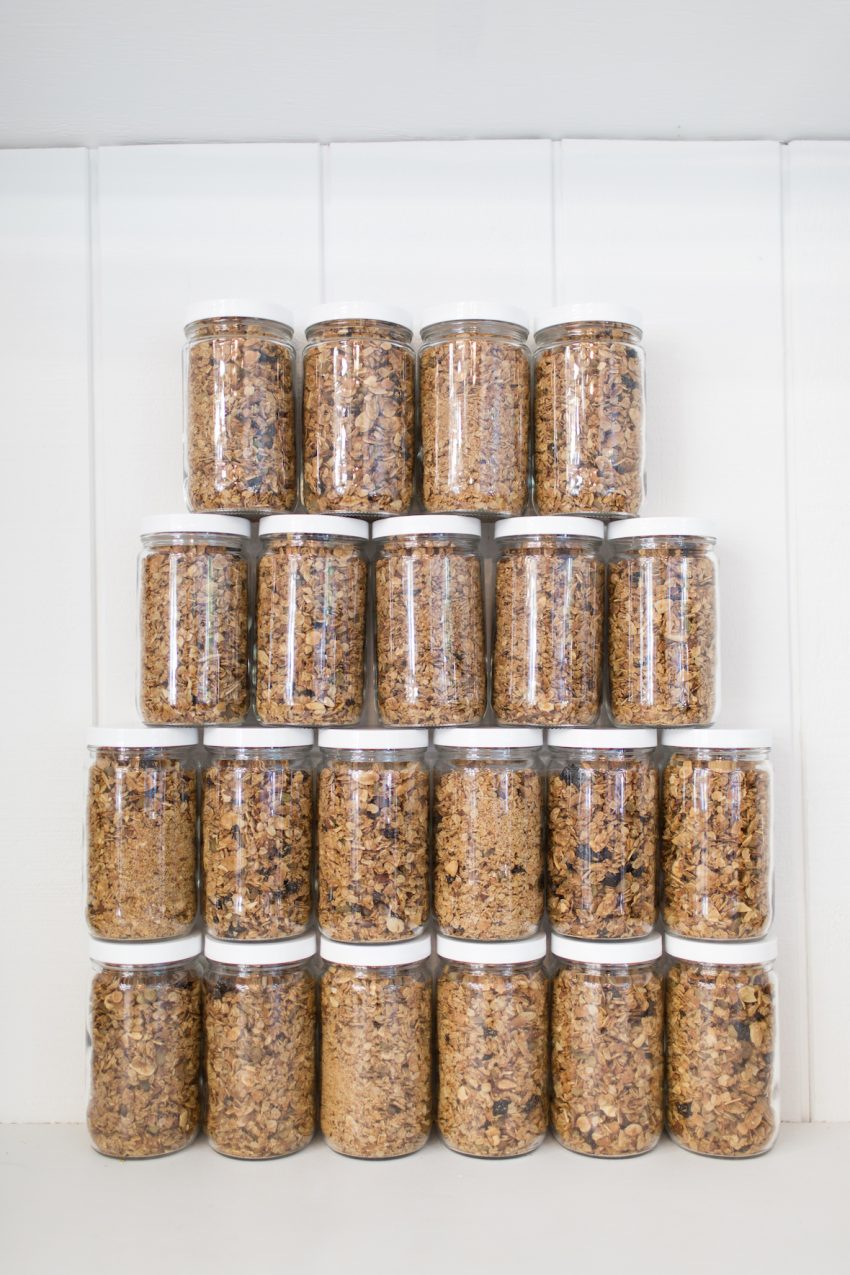 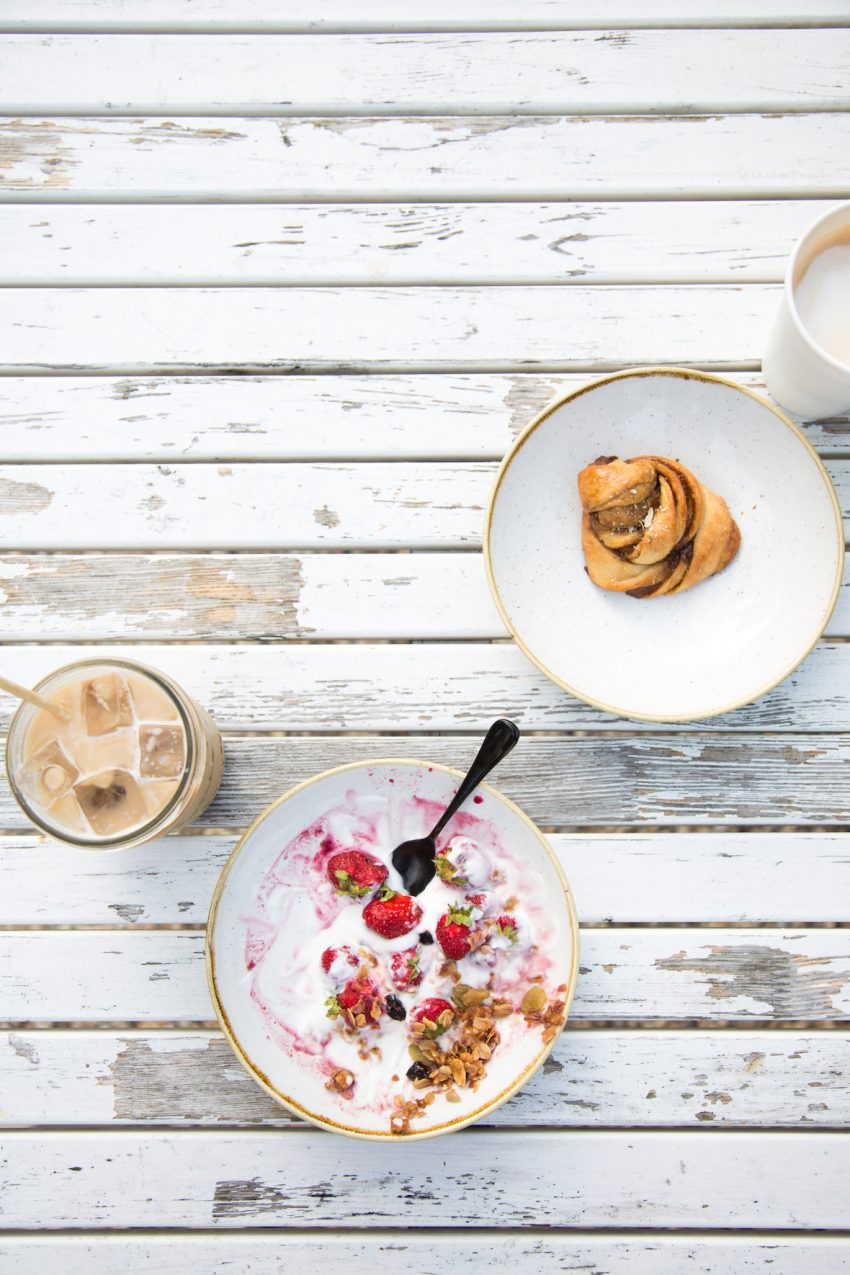 But this isn’t just a market. It’s also a coffee shop, and coffee, at Hello Oma, is a serious endeavor. “I almost say we’re first a coffee shop,” Kalas says. The shop uses Partners Coffee, from Brooklyn, and, in a nod toward their no-waste ethos, serves to-go coffee in glass Mason jars, with a $1 deposit. “Our goal is not to use wasteful, disposable cups as much as possible,” he says. No waste extends beyond coffee cups. Chamomile harvested this summer is now drying in preparation for use in tea.

Among all of the great things coming out of Hello Oma are homemade pizzas, which change according to market availability. “Everything just sort of happens here,” Kalas says. “Pizza is something we enjoy making. So we decided to start offering it here.” The 12-inch pies can be ordered hot or purchased frozen. Hello Oma sells the pizza dough as well, which is a fermented dough made from a combination of whole-wheat, rye and specialty white flours. Every few weeks, Kalas hosts a pizza-making class for locals. 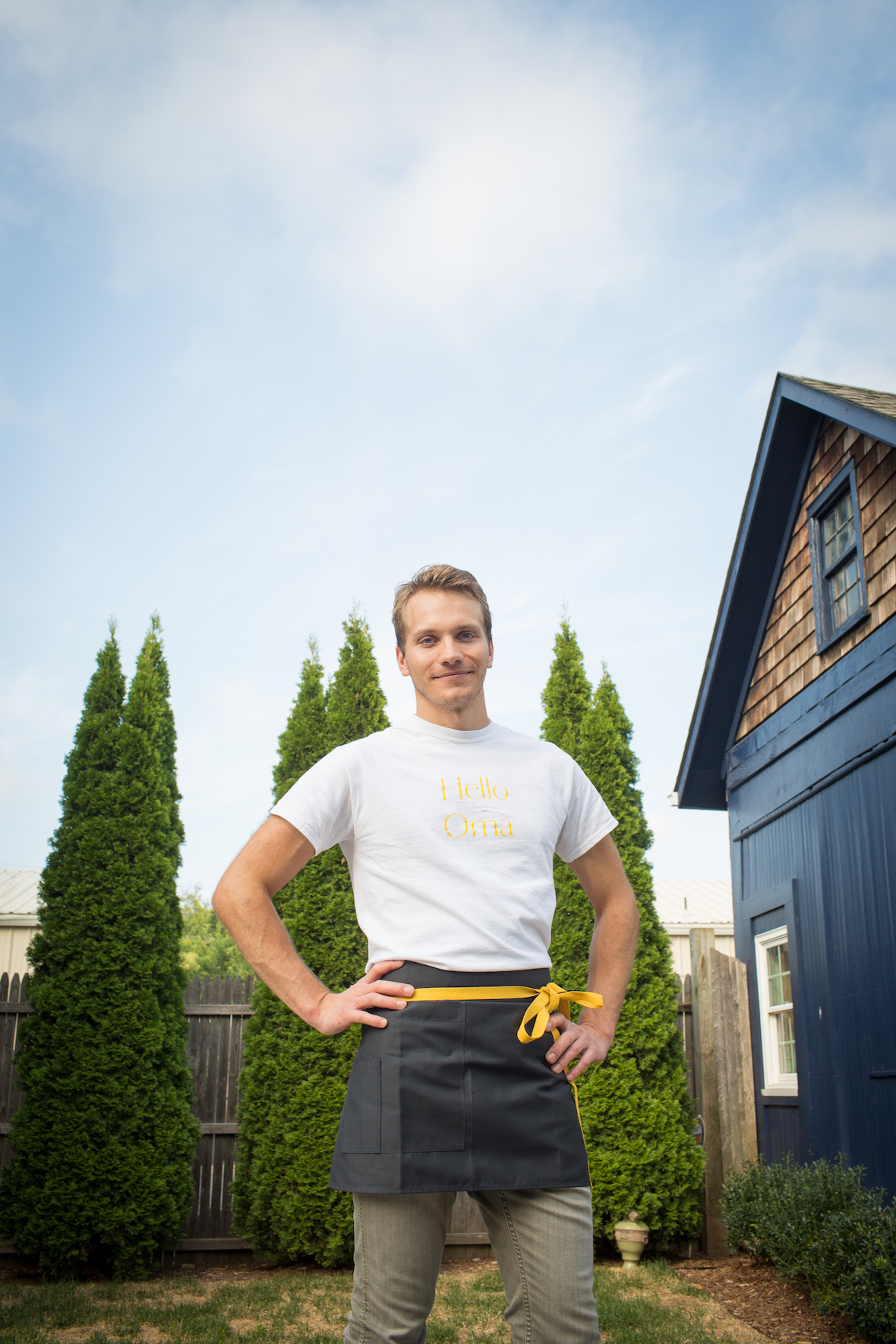 The market, which opened in July, is now reframing itself, just in time for its first holiday season out East. Hello Oma, “part café, part market, with things that we make ourselves,” will also serve as a go-to destination for those in need of holiday help. Catered holiday meals to go and a roster of seasonal pies and desserts will grant the market entrée into the Hamptons’ off-season.

Kalas will offer brined and trussed heritage birds, both raw and cooked, as well as sides like mashed sweet potatoes, cast-iron Brussels sprouts with chili flakes, chicken and apple stuffing, and kale Caesar salad. Meal packages are also available, for two to 12 people, as are desserts, like apple, pumpkin, caramel-pear, and double-bourbon chocolate pecan pies; a gluten-free apple crisp; and a vegan, gluten-free apple-pumpkin mousse. 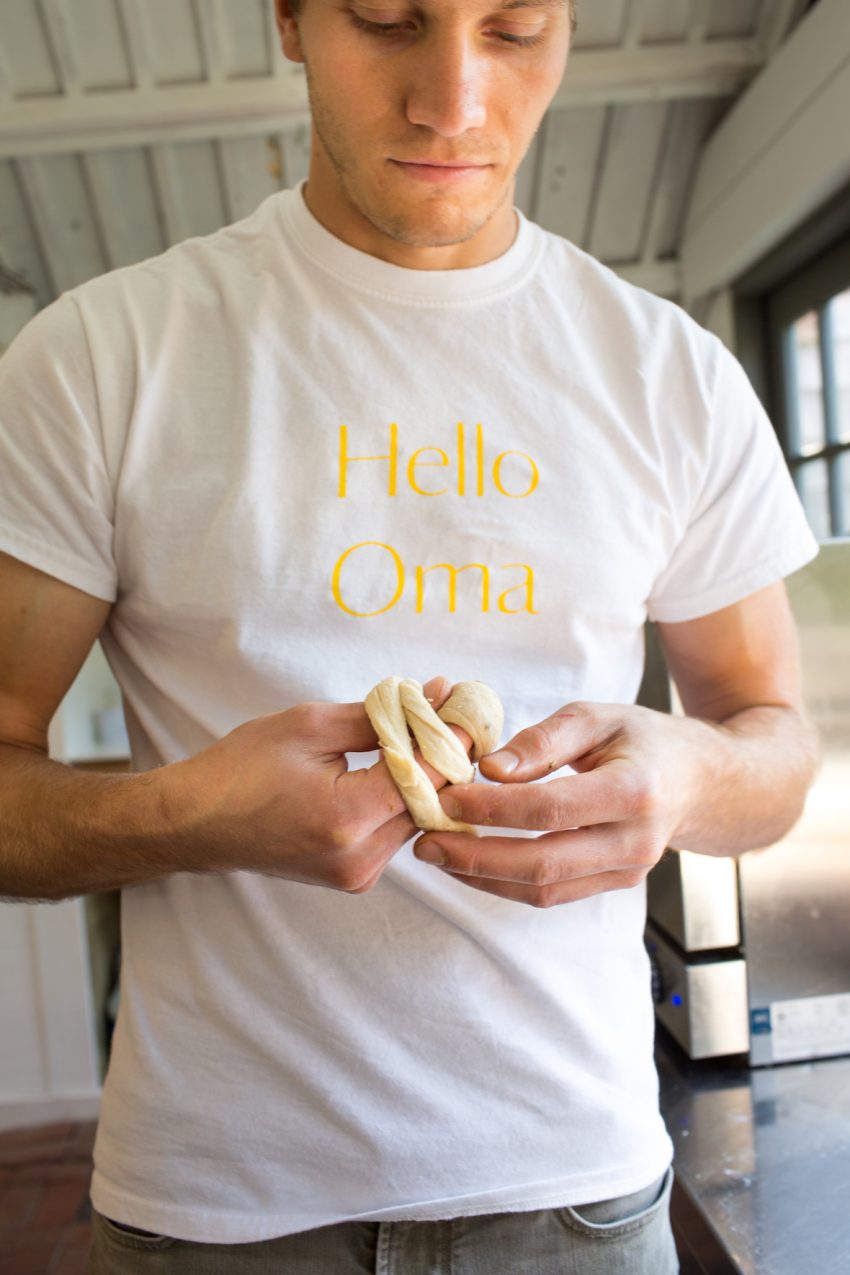 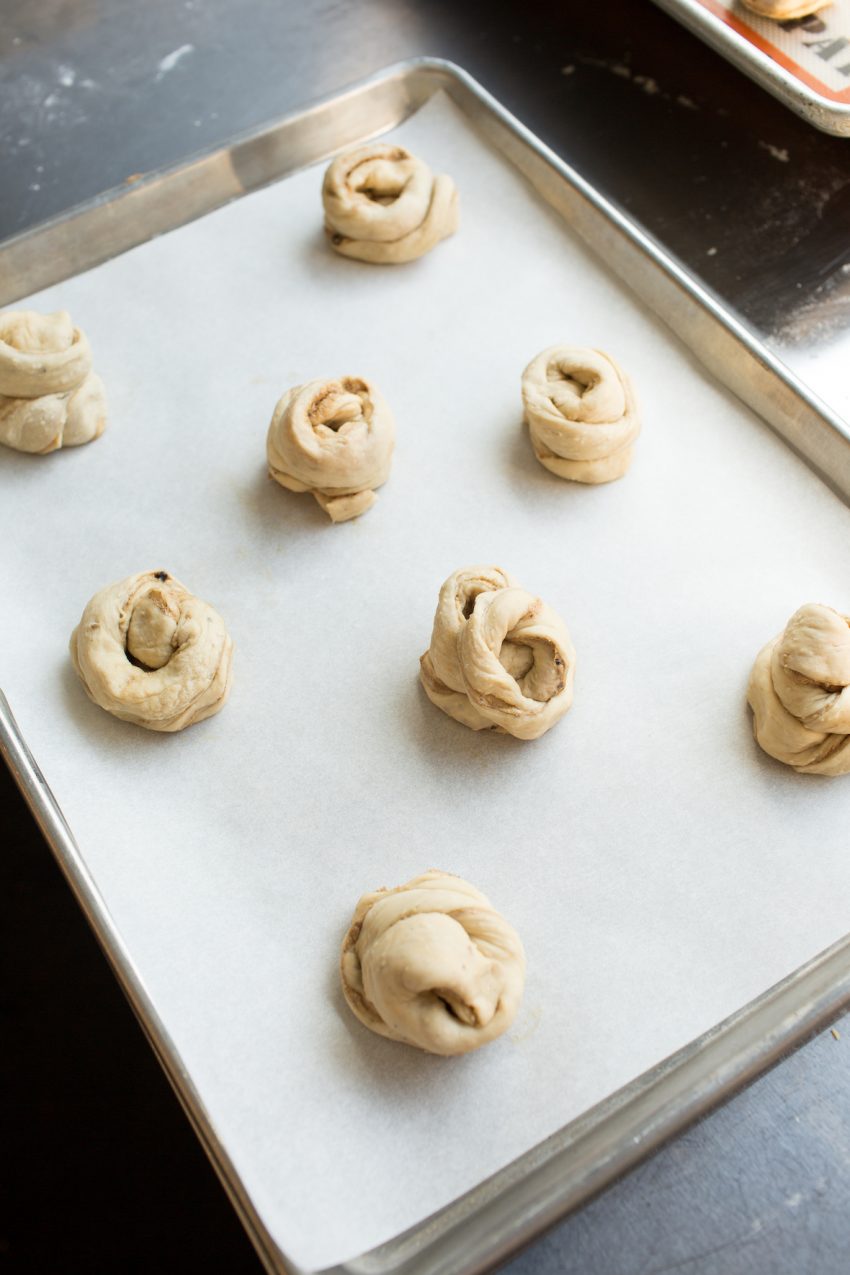 And, of course, there are always Kalas’s handmade chocolates. This season, he said, he plans to sell a pecan praline, enrobed in dark chocolate, as part of his chocolate program. In the season of celebration, Hello Oma provides an opportunity for locals to invest in holiday food made right here on Long Island. That’s something to celebrate.