Long Island by the Bottle: Grapes of Roth 2018 Dry Riesling

This is a very floral expression of riesling with sweet citrus blossom aromas backed by notes of just-ripe pear and a hint of fennel pollen. 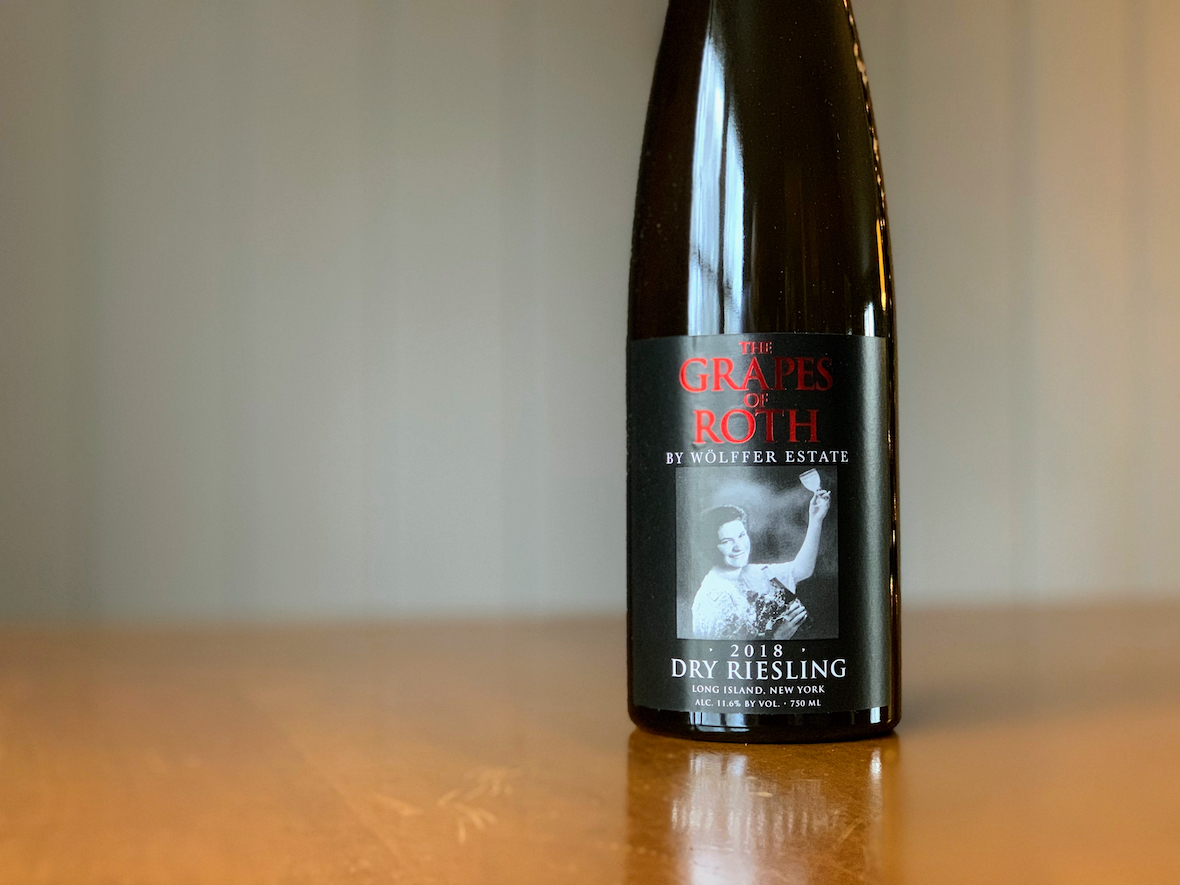 You can read a bit about my wine-pairing philosophy around the holidays elsewhere on this site, but that said, riesling is great with a wide array of foods—including the assortment of foods found on any Thanksgiving dinner table.

I opened several bottles of delicious New York riesling last week before during and after dinner. Most of it was grown and made in the Finger Lakes. Riesling is the grape that has put the Finger Lakes on the global wine map and, for my money, the best riesling in North America is coming out of the region.

That doesn’t mean that riesling hasn’t found a home here on Long Island too, however.

Made with grapes sourced from the former Peconic Bay Winery vineyard in Cutchogue, on the North Fork, Grapes of Roth 2018 Dry Riesling ($26) is a beautiful wine—not a surprise given the history of that riesling vineyard and Roth’s German roots.

Roth’s family was in the wine business (his dad was a winemaker and cooper and that’s his mother on the label) and he began his winemaking career at age 16 in Germany. He served a three-year apprenticeship at the Kaiserstuhl Wine Cooperative in Oberrotweil, before leaving Germany for the United States in the summer of 1986. He worked briefly at Saintsbury Estate in Carneros, California before heading to Australia to work at Rosemount Estate and then Leeuwin Estate (also in Australia) before returning to Germany to become one of the winemakers at Winzerkeller Wiesloch in Baden while pursuing his Master Winemaker and Cellar Master degree from the College of Oenology and Viticulture in Weinsberg.

In 1992, he returned to the United States and the rest of his career has been spent at Wölffer Estate.

This is a very floral expression of riesling with sweet citrus blossom aromas backed by notes of just-ripe pear and a hint of fennel pollen. Lighter bodied (2018 wasn’t generally a year for super-concentrated whites) it has a feather, delicate feel. It is similarly floral with hints of orchard fruit and a distant tropical note. The finish is long and dry with fresh, juicy acidity.

It is that acidity that makes it a winner with many foods.