Edible Eat of the Week: The Smashburger at BB’s in Montauk 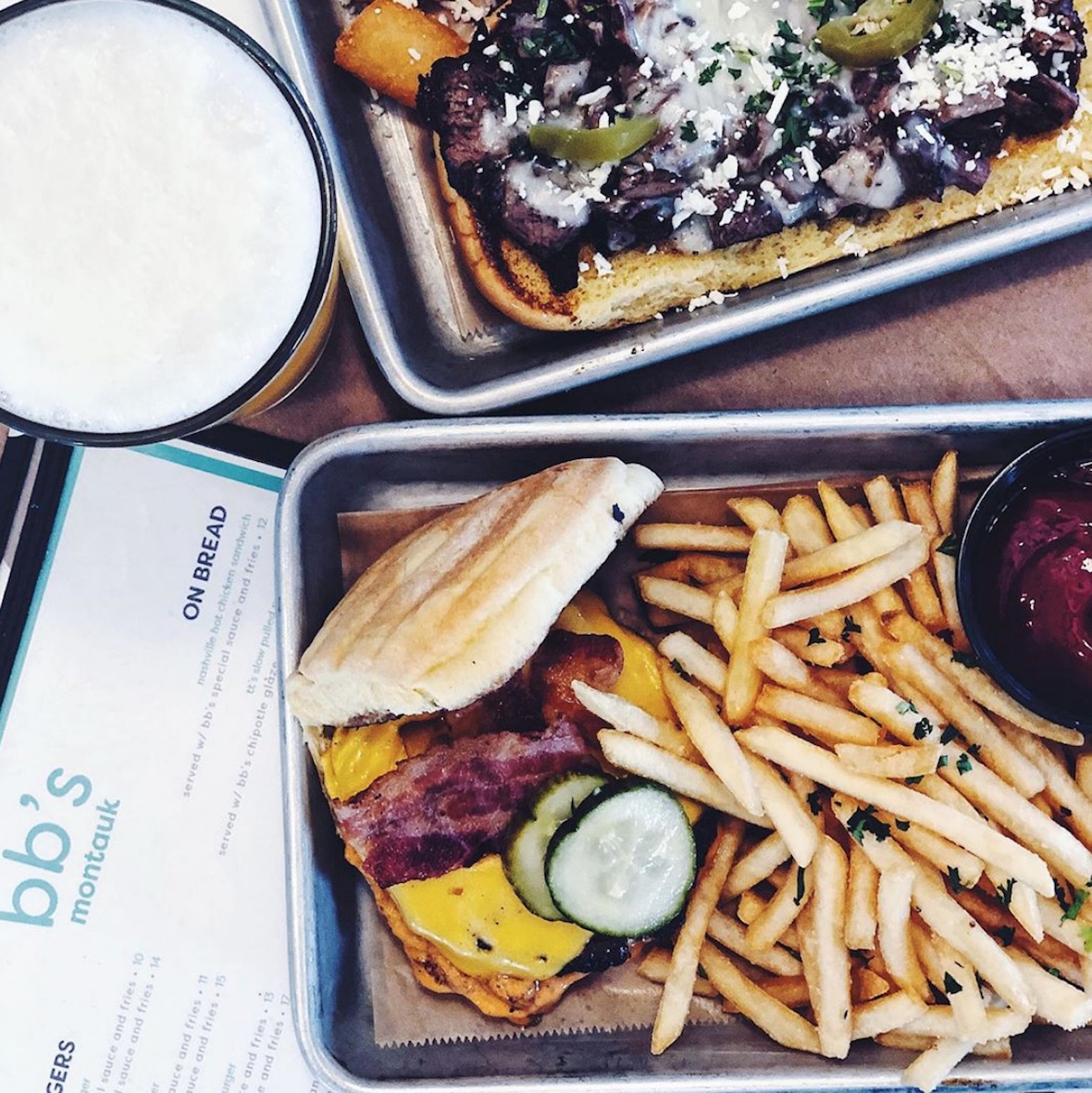 The Eat: Smashburgers in Montauk.

The Story: The restaurant now known as BB’s was formerly known as TT’s—and, before that, as Dave’s Grill. Over the summer, when TT’s opened, the restaurant served tacos and tequilas. It was a summer spot with a Mexican bent and a curated cocktail program.

Now that the weather has changed, TT’s is looking a little different. The new winter name for the restaurant is BB’s. Those Bs, it turns out, stand for burgers. There’s a new smashburger in town, Montauk. And it’s a tasty one. This pint-sized restaurant is serving up big flavors, well into the winter months. Here’s just one more reason to visit Montauk in the offseason.

The iconic original smashburger of the fishing hamlet still survives, at John’s, a mile or so away. But John’s is in town and BB’s is in the harbor, with a water-adjacent view. That means that these two businesses aren’t competing. They’re co-existing. That’s good news for burger lovers way out east.

So what about the burgers? BB’s offers four meat burgers: a grass-fed hamburger, cheeseburger, bacon-cheeseburger, and double burger with cheese, bacon, macaroni and cheese, and a fried egg. They also offer a non-meat option, the Impossible burger, which is a version of the cheeseburger made with a non-meat patty. Each burger comes with special sauce and skinny French fries. If you want ketchup, though, you’ll have to ask for it.

Chicken lovers can rest easy knowing that they’ll be looked after here, in the form of a fried chicken sandwich, Nashville hot chicken style. This burger joint will reinvent itself all over again as a taco joint come spring, so if you’re hankering for a smashburger, better get it while it’s still around.