A slice of Brooklyn has arrived in Greenport. 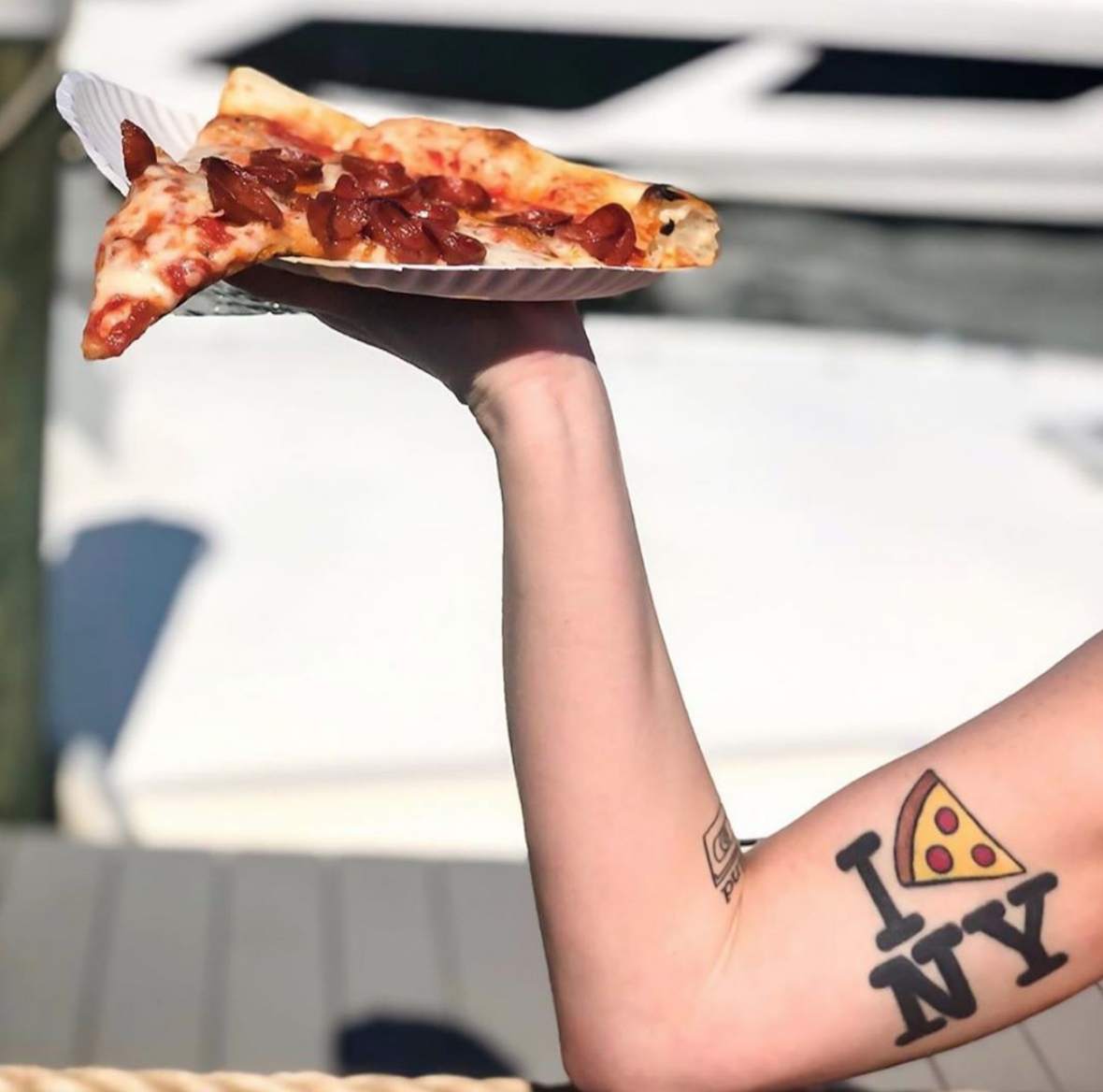 Hear, ye, hear, ye. Heed the clarion call of North Fork pizza. I could make a compelling argument as to why the North Fork is the next big place to eat pizza—but there is not enough space here for that. Suffice to say I’ll just make the argument as to why you should be eating one particular pizza. In Greenport, the brilliant minds behind the revival of all that is good and holy at Claudio’s have also added fine Sicilian pizza into the mix. Thank you, gods of carbohydrates.

Nino Coniglio, the pizzaiolo behind Williamsburg Pizza, has transported his talent out East, where he is serving up square slices to Greenport’s masses. Pizzas are available both by the pie and by the slice (there are actually round pies available—the “Brooklyn Round,” $20). Slices go for $4. Other pies include the Grandma Pie, Clam Pie, Sicilian Brooklyn Pie, Mike’s Hot Pepperoni Pie and the Margherita Pie. Additionally, pizza lovers can add on toppings, like caramelized onions, red onions, bell peppers, cherry tomatoes, cremini mushrooms, cup pepperoni, and cured black olives.

The scene is meant to evoke old school New York. Ever since I left New York, slice pizza is one of those things that I can never quite get back. I had a million city routines that I was happy to part ways with when I moved (for instance: dragging my laundry across the street to the Laundromat; killing cockroaches with boots left by the door; replacing fuses when the power went out from using the air conditioner and hair dryer simultaneously; walking up three flights of stairs with groceries from, gulp, my local Queens C-Town). One ritual that left a hole, though, was my Tuesday night one: late night class at the gym, and two slices on the way home. I ate them hot, from the box, before I even got to the second landing. I scorched my mouth. Pizzeria Baccano takes you back there. Thanks for that.