Will Solar Energy Be Local Farmers’ Next Big Crop?

Farmers, say the AFT, “are the original solar energy generators. They’ve figured out where all the sunlight is, and where the flat land is, and those [specifics] are really attractive for solar.” 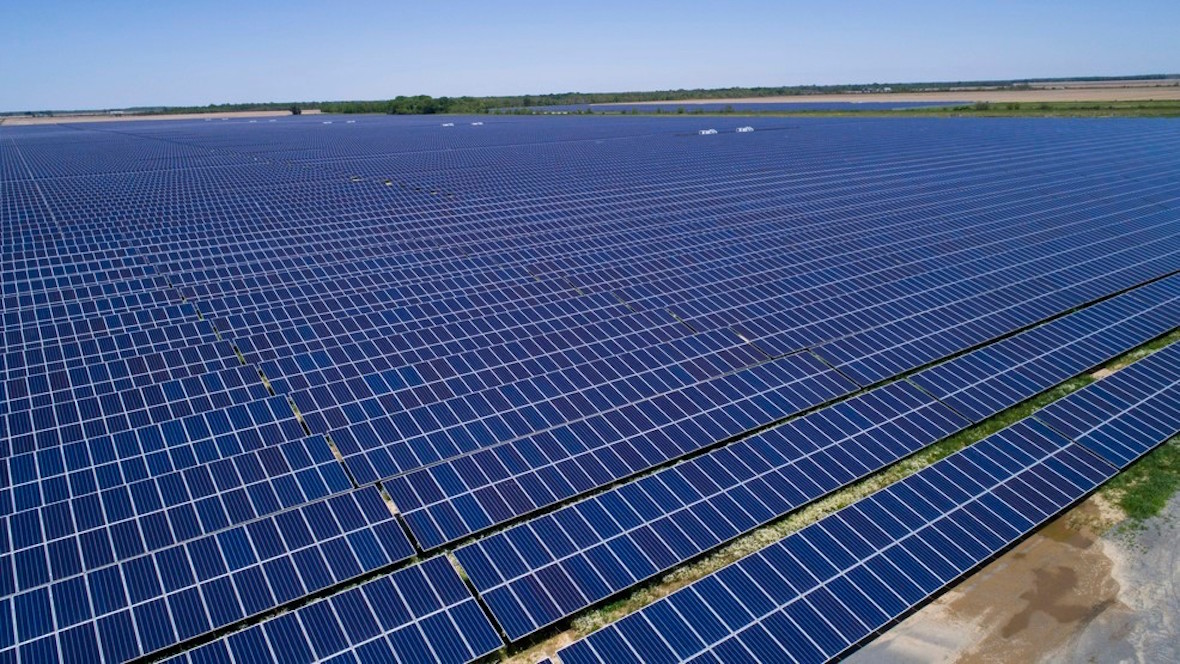 AFT wants to teach farmers how to “piggyback” one type of farming—solar farming—with another. • Photo courtesy of MIT

Last week, the American Farmland Trust (AFT) spearheaded an event in Riverhead called “Combatting Climate Change: Solar Energy, Farming, and the Future in New York.” During this daylong series of lectures, which took place at the Indigo Hotel, AFT offered speakers and information regarding solar energy as part of a broader initiative to convince farmers to begin using it.

“The intention of the event,” said Samantha Levy, the New York Policy Manager at the American Farmland Trust, “was [that] we brought in the experts—folks from Massachusetts, who have brought in a state program incentivizing this opportunity [for solar energy]. We also brought in the research experts, and those who have a lot of experience on the ground as farmers, or research developers, and also solar developers, who are being thoughtful about land use.”

The core of the idea is this: solar energy is a land-intensive one, since it requires a lot of space in order to use solar panels. Because farmland is already flat land with good sunlight (two requisites when it comes to raising crops), why not piggyback one type of farming—solar farming—onto another? The state of New York holds the goal of generating 70 percent of energy for the electric grid from renewable sources by 2030, and being 100 percent carbon-free in electricity generation by 2040. The state is currently at 28 percent.

Farmers, Levy said, “are the original solar energy generators. They’ve figured out where all the sunlight is, and where the flat land is, and those [specifics] are really attractive for solar.” The climate change event, then, was geared toward presenting Long Island farmers with information about converting to solar energy, using as the foundation a program founded in Massachusetts in which farmers are paid for installing solar panels on their land.

“Massachusetts is similar to Long Island,” Levy said. “They’re land-limited. On Long Island, you have a lot of really good farmland. They have a program called the SMART program, where they have a package of incentives.” Those incentives refer to this idea of marrying crop-growing with solar generation as “coupling.” Farmers who opt to couple are offered extra money by the state—around .06 per kilowatt, which more than accounts from any revenue stream lost with the addition of the panels.

Turnout for the event was strong; roughly 100 members of the community were in attendance, an optimistic showing considering, as Levy said, that “communities sometimes feel that the nature of their community is being changed.” Levy also recognized that there is a push and pull when it comes to the need for renewable energy and the need to provide the most basic comforts for Long Island residents. “We’re working to find the balance,” she said, “[between the] need for food and the need for sustainable energy. We’re looking to explore how this could look on Long Island. What actions must each of us take in order to enact that vision in the future?”

Can Suffolk County configure a program similar to the one enacted in Massachusetts? Levy was optimistic. Farms and the future of farming, she said, are in crisis, and that means thinking of a way in which they can continue to be profitable in a changing world. Farmers already know about how to diversify their crop and hedge their bets, a must in a boom or bust field. Solar farming may just be one additional crop that can extend a lifeline to an industry that has been usurped by big agriculture and the industrial world. Ultimately, Levy said, “We are going to need to work toward a more renewable energy future.” Farmers of Long Island are, it seems, on the front lines of this battle.