On November 9, ‘íCAROS’ at the Watermill Center will bring together local innovators, producers, growers, and lovers of art, “paying homage to the rich traditions, artistic heritage, and food culture of Long Island’s East End.” 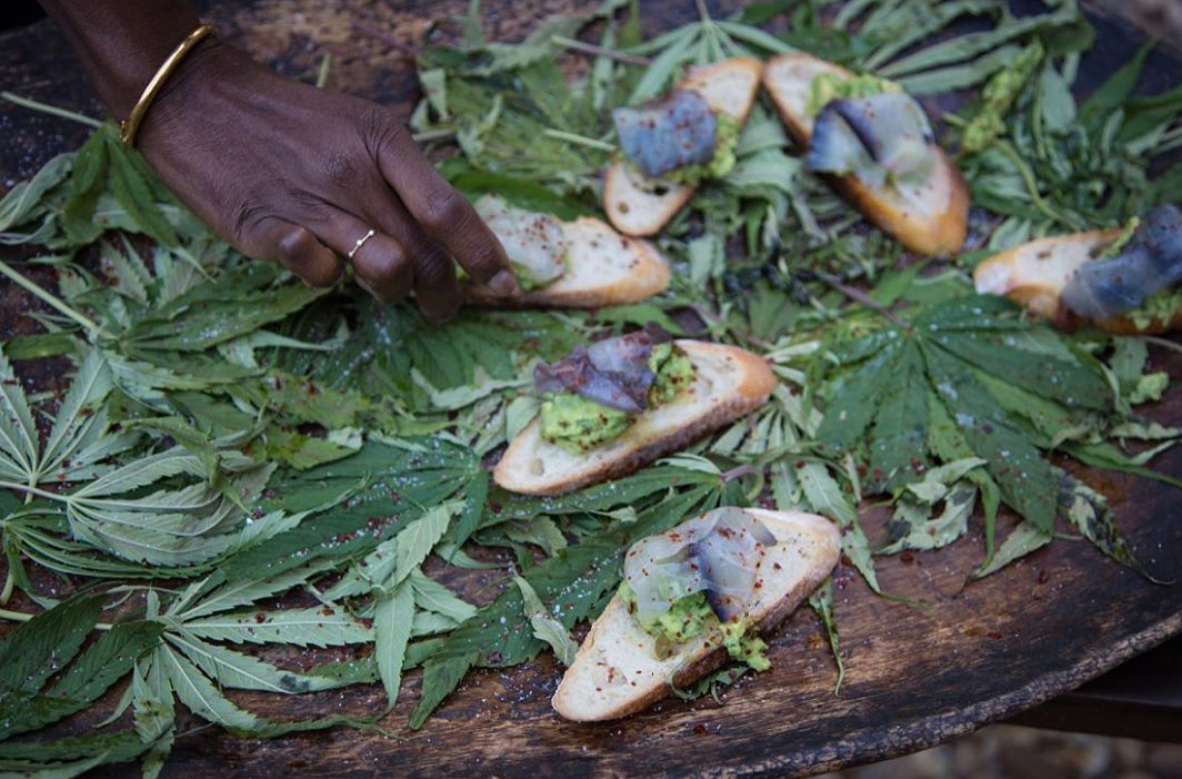 On November 9, The Watermill Center will host its Artists’ Table Dinner, a meal designed to bring together members of the year-round South Fork community. The dinner will bring together local innovators, producers, growers, and lovers of art, “paying homage to the rich traditions, artistic heritage, and food culture of Long Island’s East End.” Money raised from the dinner—tickets for dinner, drinks, and a performance begin at $250 apiece—will support The Watermill Center’s mission to connect their Artists-in-Residence with the local community. The event’s featured artists will include Carlos Soto, a New York City-based director, designer, and performer, and Lynsey Peisinger, a performer, choreographer, and director.

Carlos Soto will be responsible for the evening’s food. “He’ll be designing the menu and [will be] the head chef of the evening,” said Brian O’Mahoney, the communications director for the Watermill Center. Mr. Soto’s menu will center around local food, primarily. “The focus of the food is seasonal, local ingredients,” Mr. O’Mahoney said. “We’re sourcing 90 percent of our ingredients from local farms.” Farms that The Watermill Center has reached out to for provisioning include Watermill’s Milk Pail, Corwith, and Green Thumb Organic farms and Amagansett’s Quail Hill, Balsam, and Amber Waves farms.

“It really is about breaking down these kinds of barriers and welcoming our audience in,” said Erin Wainwright, Manager of Special Events and Individual Giving for The Watermill Center said. “The whole event won’t work unless everyone just takes off their name tag.” To that end, roles are fluid, with Soto, who is not a trained chef but who has extensive experience cooking for a crowd, taking up the canvas of the kitchen. His tentative menu will feature such items as Long Island duck with beets and local corn, parsnips with hazelnut, and roasted kabocha squash with sesame and coriander. The Watermill Center will also present a seasonal, specialty cocktail, the result of a collaboration with Long Island Spirits.

The meal will also feature breads from Martine Abitbol, an accomplished artist and food professional known, in part, for her superlative breads. Her breads will feature prominently in the meal, representing, Ms. Wainwright said, “this ceremonial act of breaking bread together, and what that means. It’s this idea of putting a loaf of bread on the table. It’s not a dainty French restaurant… it’s about sharing.” Guests will be encouraged to dig in together, in a spirited form of eating that embraces community and sharing. Alongside Ms. Abitbol’s breads will be served her homemade preserves, and local butter.

The 100-person seated dinner will begin with cocktails at 6:30, followed by dinner at 8, which will include a comprehensive performance by Lynsey Peisinger. “She’s building her performance around … engaging the audience and getting them involved with the performance for the evening,” Mr. O’Mahoney said. “The event draws from our summer benefit, that idea of an artist-forward, artist-curated evening.” The goal, he added, is “to really engage the year-round community.” Ms. Wainwright reinforced that goal. “We want to showcase what’s happening year-round,” she said.