Local wineries made our region proud at the 2019 New York Wine Classic. 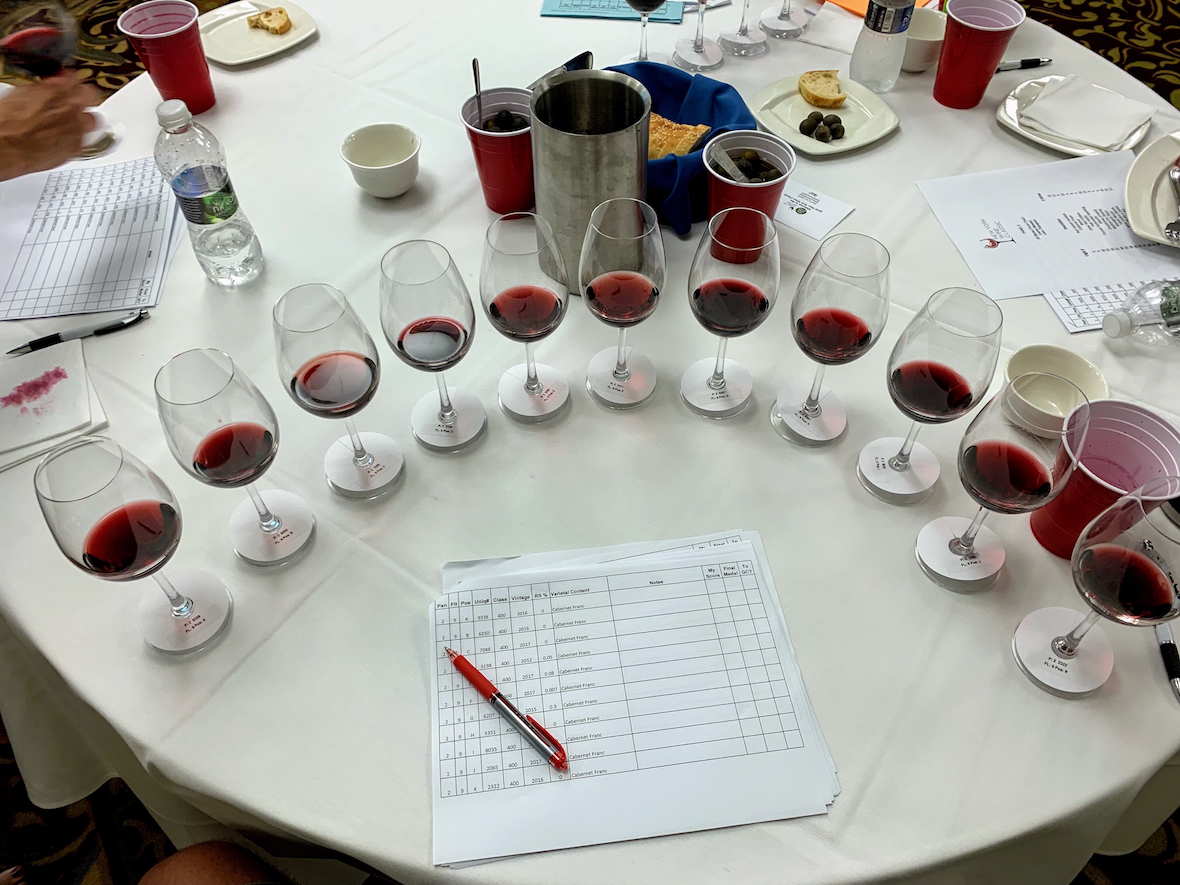 In early August, I spent a few days in Watkins Glen at the southern tip of Seneca Lake judging the 2019 New York Wine Classic, an annual wine competition hosted by The New York Wine & Grape Foundation. Considered by many to be the “Oscars of New York wine” this was my second opportunity to serve as a judge and once again it was truly an eye-opening experience. Tasting nearly 200 wines from across all of New York’s regions always is.

I haven’t always been so positive about the Classic.  I’ve been vocal in my reservations about competitions in general. And, in the past, there has seemed to be a Finger Lakes focus to the Classic. I say “seemed,” because there has never been any hard evidence of such a thing. The NYWGF has done an incredible job evolving the program with new judges, new categories and working to get more of the state’s best wineries to participate.

That’s really the limiting factor. Can you say anything is “the best” if at least most of the top wineries aren’t sending wine? You can. And all the judges—myself included—can ever do is judge what is in the glasses in front of us. But, for the Classic to really be the Oscars, the best of the best has to be in those glasses with a chance to be tasted.

That might be another topic for another column in the future. Here, I want to highlight the winners from Long Island and offer some other thoughts about the wines that I personally tasted.

In the interest of transparency, I didn’t vote for all of these wines in the “Best of” rounds, but I did vote for many of them. Congratulations to all.

New York wine has never been better on the whole—but the biggest disappointment was the quality of the rosés I tasted. I didn’t taste every rosé that was entered into the competition, but I did taste two flights—one dry, one off-dry—and the word I’d use to describe them overall is mediocre. A couple of them were outright bad, but in general, they were just kind of boring. Is that because rosé just doesn’t lend itself to competitions? Maybe, but the Coffee Pot Cellars entry was terrific, so that one did just fine. I tend to think that there is just a lot of “meh” rosé being made in New York right now. You almost need to make rosé these days and it certainly tasted like many of these wines were made just because they are popular rather than because the winemaker cared about them. I don’t want to call them afterthoughts, but they were really disappointing.

Looking back at my tasting sheets and notes, it’s clear that I need to spend more time at Harbes and Clovis Point in the near future. Even the wines that didn’t earn “Best of” status from those wineries showed quite well. I don’t think either producer is on many people’s must-visit list—but maybe they should be. Look for more about both in this space very, very soon.

Retail price isn’t considered or even known during the judging process, nor should it be. But we do learn about the prices after we’re done. We all know that there are several reasons that Long Island wines tend to be more expensive than those in other New York wine regions (land prices being a primary reason) but the price differences, by region, even just within the “Best of” winners were a bit jarring.

The Six Mile Creek Winery Cabernet Franc that won “Best Cabernet Franc,” “Best Red” and the Governor’s Cup for best overall wine (transparency again: I didn’t vote for it for any of those) retails for $24. By comparison, my favorite Long Island red wines from the competition were $55, $55 and $75. Wine pricing is a complicated issue and not one that I’m going to wade into here, but it is definitely something to think about.

Hopefully, I’ll get invited back to judge again next summer. And hopefully, even more top wineries will participate. I’ve been critical in the past, but now I’d encourage any New York winery to submit at least some of their best wines.