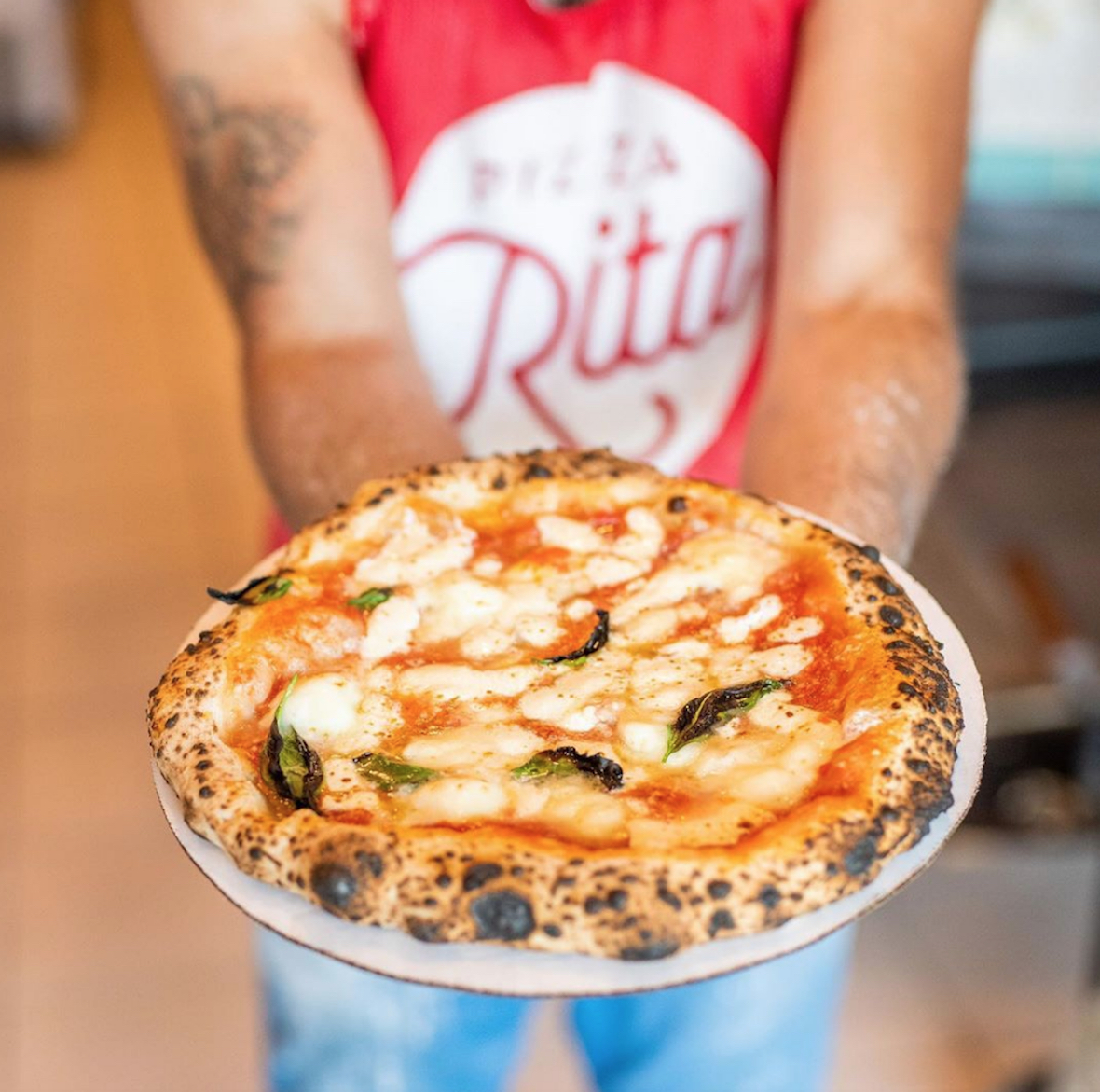 If mobile is the go-to word in 2019, what happens when you go from mobile to brick-and-mortar? Is that like when you switch back from wearing contacts to wearing glasses?

In 2015, Jeffrey Marrone opened his Neapolitan-style, wood-fired oven company, Pizza Rita via Riverhead’s Moustache Brewing Co., which he ran out of a restored 1946 Chevrolet rack pick-up truck. That business went well for a long time, but he has officially changed his business model. In June, Mr. Marrone went stationary, opening the doors to his first pizzeria, in Mattituck.

Although the scene looks a little different, the pizza remains the same. Mr. Marrone, who graduated from the Culinary Institute of America, produces traditional Neapolitan pies, like a pizza margherita, for which he is known (most prominently, through Instagram—and I’m not naming names, but let’s just say that a very important Bon Appetit editor, who spends considerable time on the North Fork, recently posted a photo of a perfect-looking pie). There are other pies, too—pies with ricotta, pies with sausage, pies with anchovies. There are calzones, and gelato, and other tasty bits. The kitchen is still getting settled, and are, no doubt, engaged in the fragile balancing act of toggling between catering and maintaining a busy storefront.

Still, it’s nice to see, in 2019, the revival of mom-and-pop pizza shops, and that’s what seems to be happening Out East, slowly, but surely. Like all things North and South Fork, the Pizza Rita menu is indebted to localism, and so it changes, sometimes a little, other times a lot. It has some stiff competition, with Avelino, and Pizzeria Baccano and 1943 Pizza Bar at its heels. But I have faith that the more great pizza that there is on the North Fork—and the South Fork, and New York, and, indeed, the world—the better it is for all of us.