In Sag Harbor, Chicken Sandwiches That Are Actually Worth the Hype

And they’re made entirely in-house with fresh, organic ingredients. 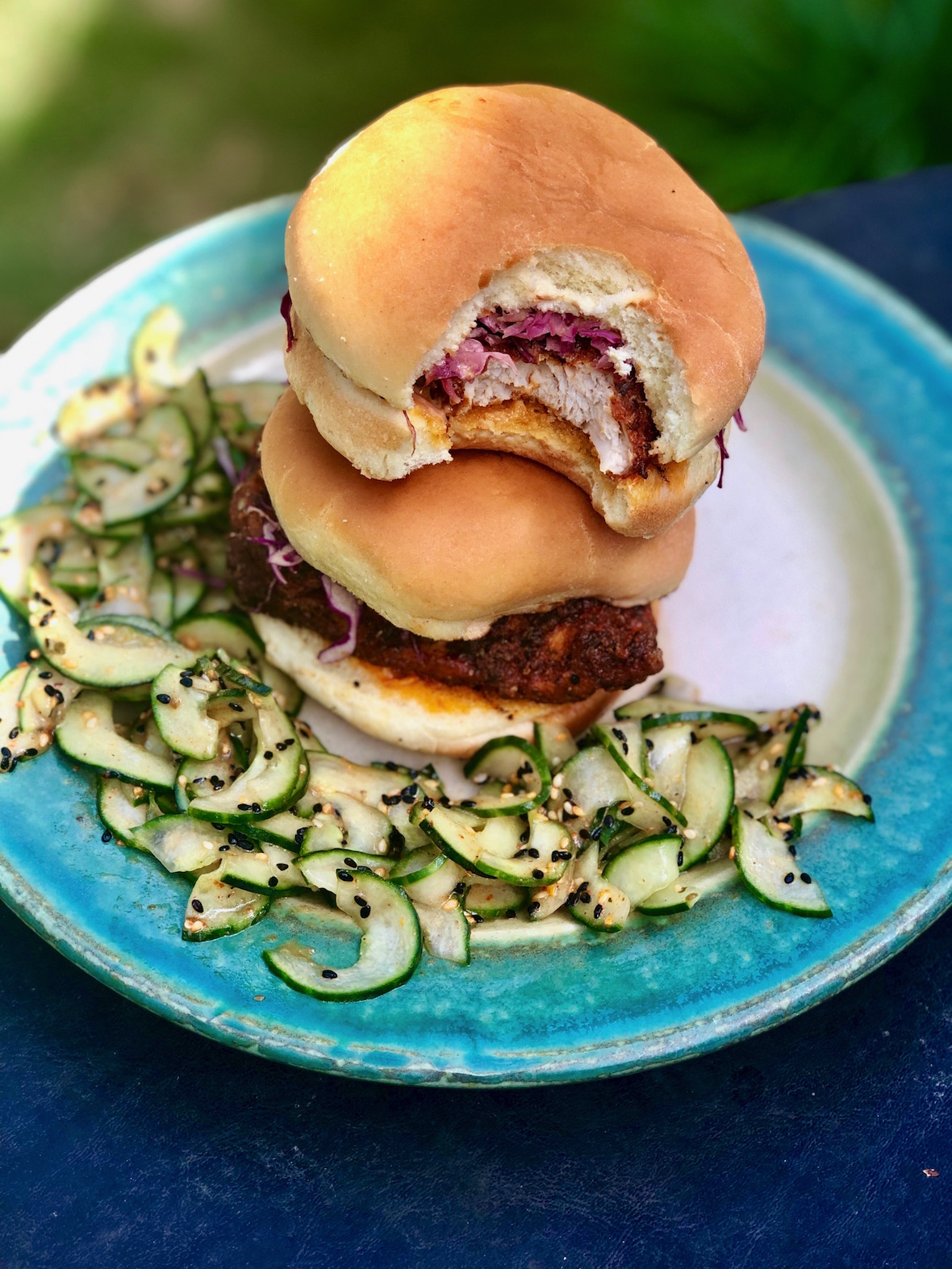 If you were unable to take a crack at a Certain Fast Food Fried Chicken Sandwich That Shall Not Be Named, the team at Sag Harbor’s K Pasa has got your back. Offering a fried chicken sandwich in two versions—naked and Nashville hot—the Latin-influenced restaurant, which opened this summer, is tapping into the culinary zeitgeist.

“When we created the K Pasa concept, we really wanted it to be worldwide influences, not Mexican only,” partner Tora Matsuoka says. “Latin culture has tortas. We kind of went in that direction and said, ‘Hey, what’s the most fun, delicious sandwich that also has a bit of heat?’” The result is a pair of sandwiches that feel particularly of-the-moment—and that are easier to get than that sold out specimen you read about on the Internet.

K Pasa’s chicken sandwich is also an attempt to please younger customers. “We really wanted to make K Pasa kid-friendly,” Matsuoka says. “Some of our tacos are a little more culinarily influenced. So we wanted to have something more simple.” The naked sandwich achieves that goal, while the hot version, a saucy nod to Nashville’s famous dry-rubbed chicken, is perfect for the heat-seeking foodie. The chicken is marinated overnight in buttermilk—a Southern style—but is enhanced with Mexican flavors, like oregano, cumin, lime, and chipotle peppers. It’s then cooked sous vide (which keeps it moist), coated in seasoned rice flour, and then fried in peanut oil.

The result is fried chicken sando that can stand up to even the most cultish fast food specimen. “The difference between us and a fast-casual restaurant is that we make all of our ingredients fresh here,” Matsuoka said. “We don’t buy any of the sauces. We use organic chicken. I think you really taste that flavor depth that you just can’t get with a mass-marketed product.” An organic fried chicken sandwich amplified by house-made sauces that’s a part of our own community? That sure beats hitting up the drive-thru.