Edible Eat of the Week: The Dreamiest Chocolate Cake at The Palm

Abandon all diets, ye who enter. 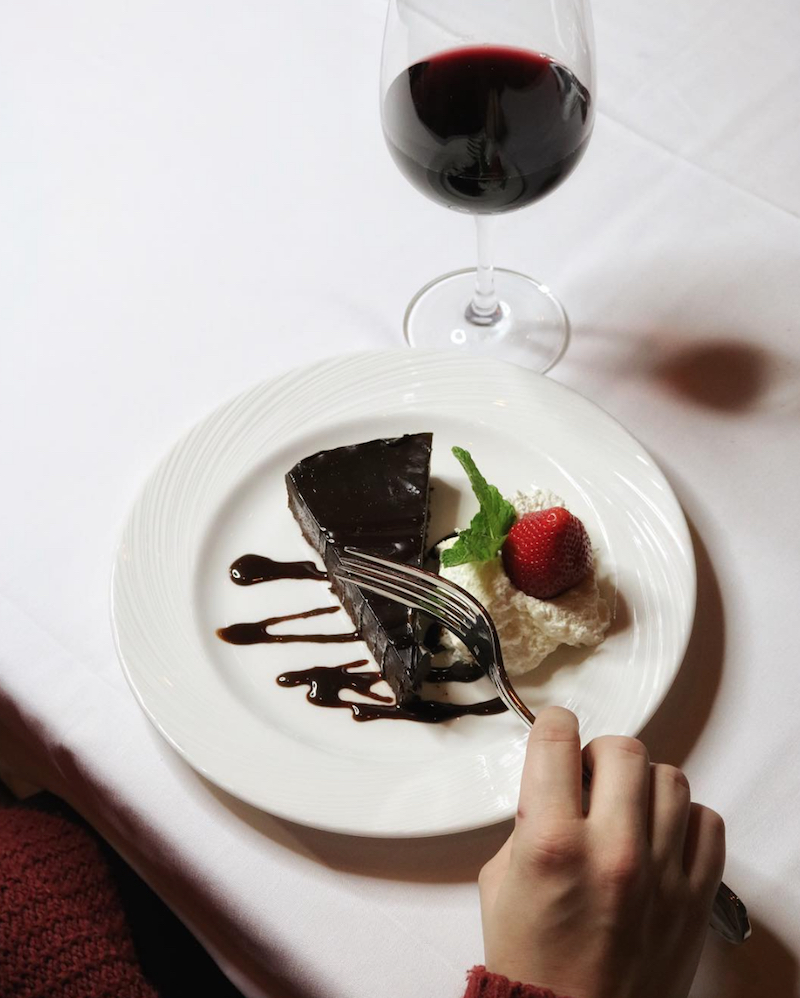 Photo courtesy of The Palm

The Eat: A towering slice of chocolate cake.

The Place: The Palm in East Hampton.

The Story: There was this chocolate cake in the town I grew up in. I’ve only ever had it there, because the factory was actually in my hometown, in the industrial park. The cake company was bought out a handful of years ago, and that cake no longer exists. Truth be told, I’m not actually much of a chocolate person. I like vanilla cake better. Vanilla icing? Totally my jam. But that specific chocolate cake from my youth was incredibly mind-blowing and, since I know that I will never be able to eat it again, I look for it constantly.

The 7-layer cake at East Hampton’s steakhouse, The Palm, is not exactly like the chocolate cake from home, but it’s a really, really good stand-in when I’m feeling nostalgic. It is big. Really big. Because of the New York law that passed a while back, The Palm is required to list the caloric content of that single slice of cake, which I will not burden you with here. Suffice to say, a single slice of 7-layer cake contains the same amount of energy as, say, a two-cheeseburger meal from McDonald’s (don’t @ me). It’s a moist cake doused with ganache and you have to basically unhinge your jaw to get the entire bite in at one time, which is fine. I’m here for it.

Look, not every occasion is a whole-day’s-worth-of-calories-in-one-dessert kind of occasion. But some occasions most definitely are. So choose your battle, the battle of the “I must eat this decadent-but-worth-it chocolate cake tonight.” And then make a go for it. Regrets are stories best left untold. Good thing you won’t have any with this culinary masterpiece.