The brand’s recent event at Salt Drift Farm proves that its European flavors fit in deliciously at home. 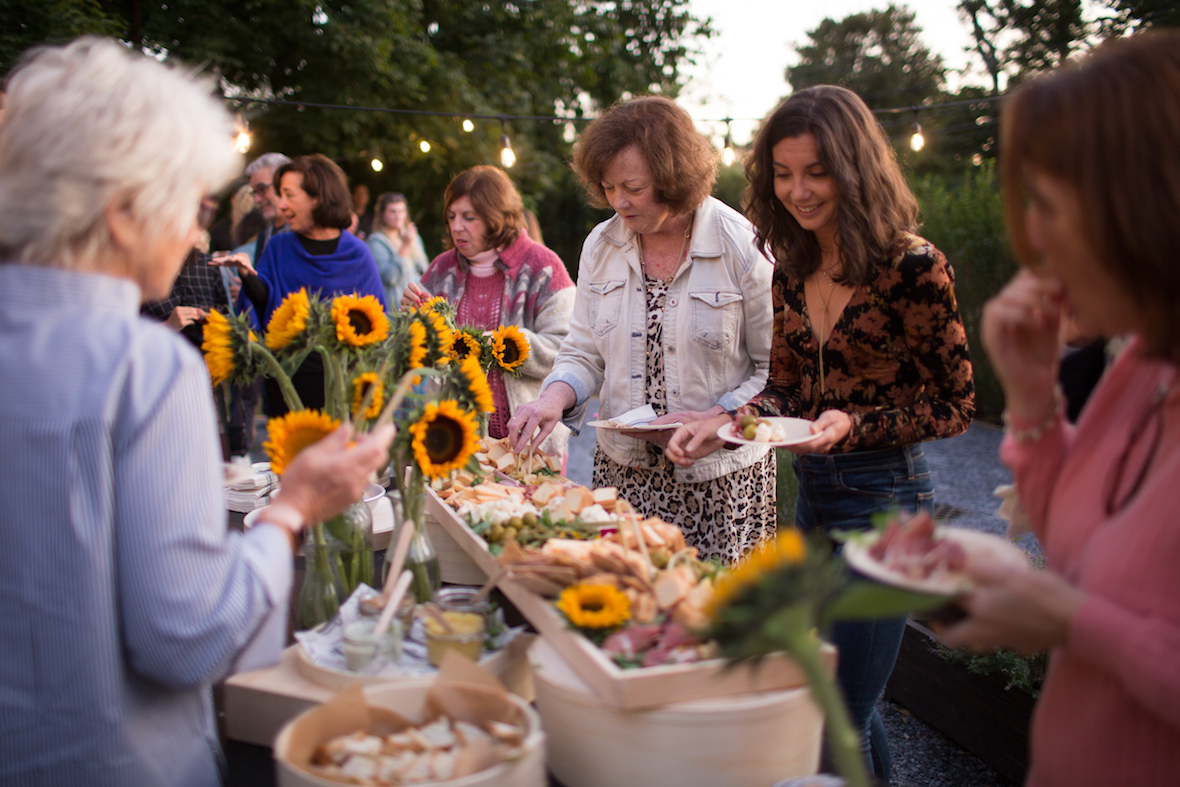 Guests indulge in stunning cheese and charcuterie boards, brimming with Bayonne ham, at a recent event at Salt Drift Farm.

The weather was perfect on Thursday, September 19, which made for the most comfortable, picturesque indulging, as Bayonne Ham arrived on the East End for a beautiful event at Bridgehampton’s Salt Drift Farm.

One of Europe’s most acclaimed hams, and the first French food product to be awarded the Protected Geographical Indication (PGI) in 1998, Bayonne Ham has been served at the tables of historical figures such as King Henri IV and French author Rabelais; it was no surprise, then, that Bayonne Ham went over just as beautifully in the heart of the Hamptons.

Event guests were invited to “Ham It Up” and savor Bayonne Ham while sipping local craft beverages from Matchbook Distilling Company, Montauk Brewing Company and 1427 Wines. The Bayonne Ham itself appeared on the most stunning cheese and charcuterie boards, and in passed bites prepared by Hamptons Aristocrat. Fan favorites included the cucumber panna cotta with crispy ham, pickled corn and ham hushpuppies with seasonal aioli and bikini ham crackers with black truffle.

The event itself passed much more quickly than Bayonne Ham’s own production process. Each ham takes between nine and 12 months to make, with its PGI status ensuring the pigs were born and bred in Southwest France and that all subsequent curing took place within the Adour river basin.

Take a closer look at Bayonne Ham’s beautiful showing in Bridgehampton in Lindsay Morris’s photos below. 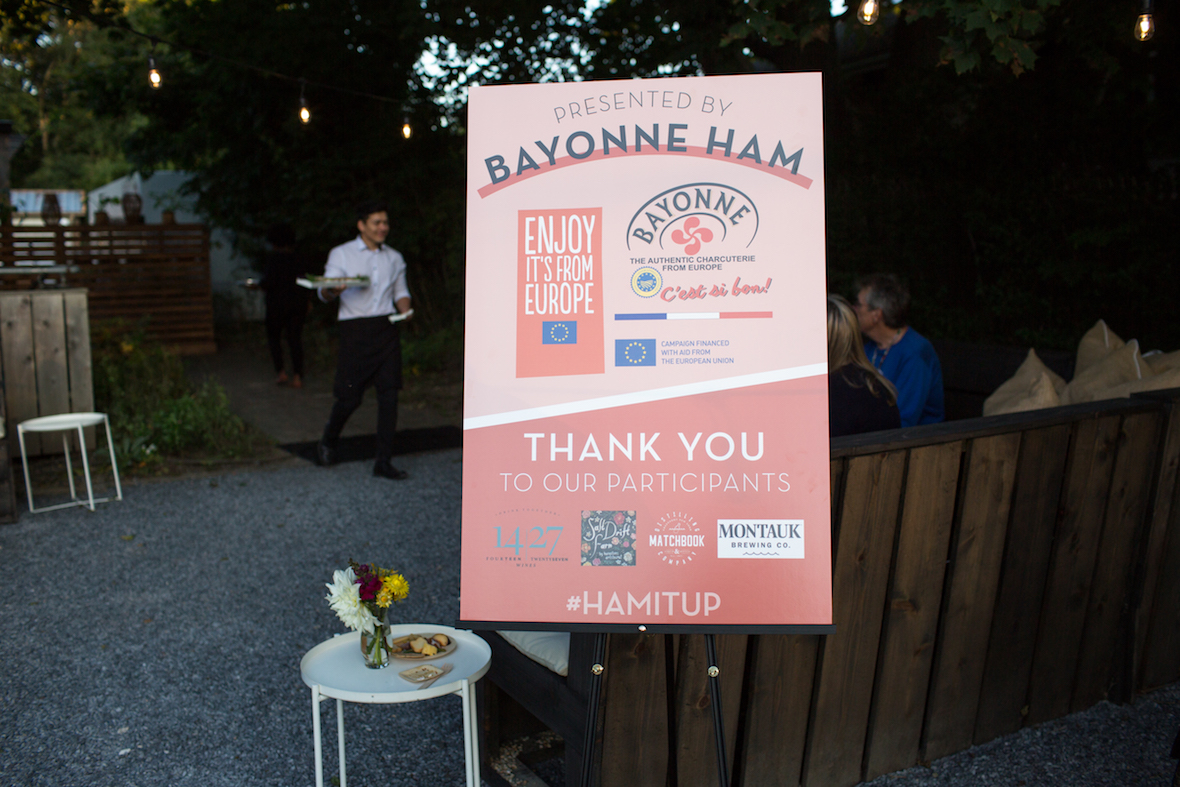 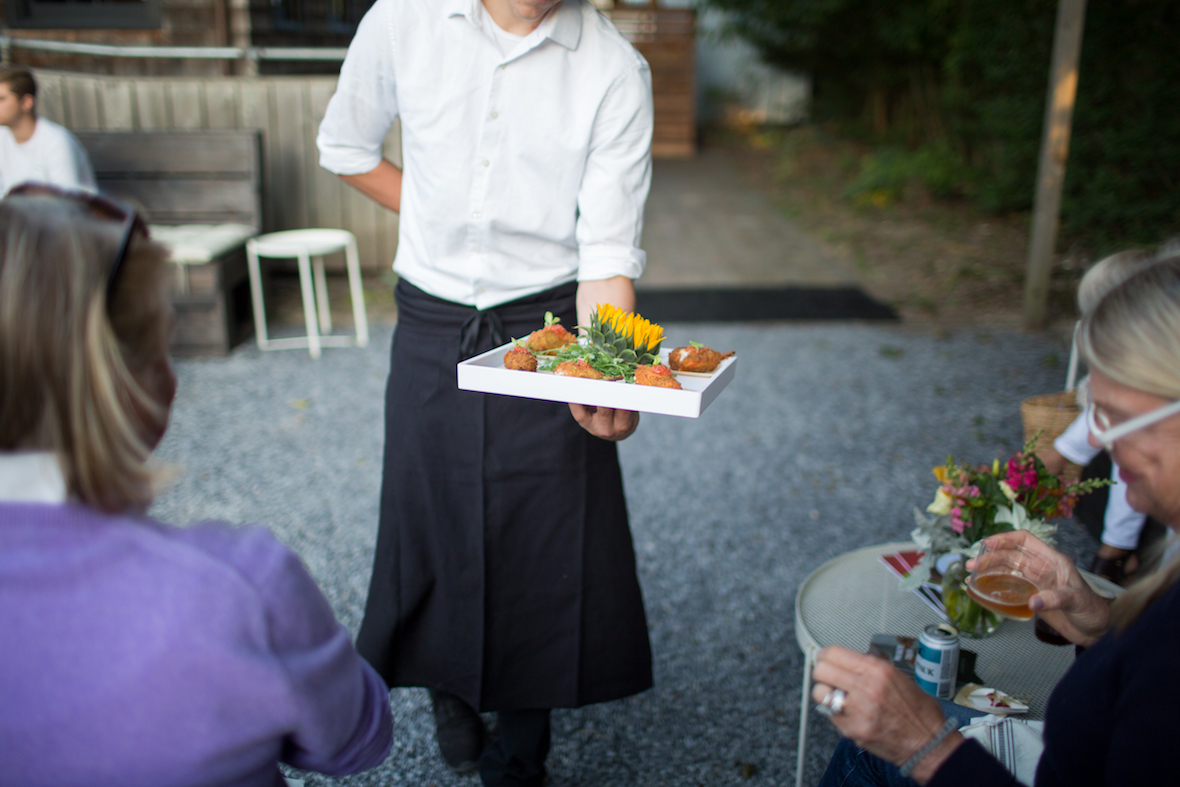 Hamptons Aristocrat provided all the catering, including these gorgeous passed hors d’oeuvre. 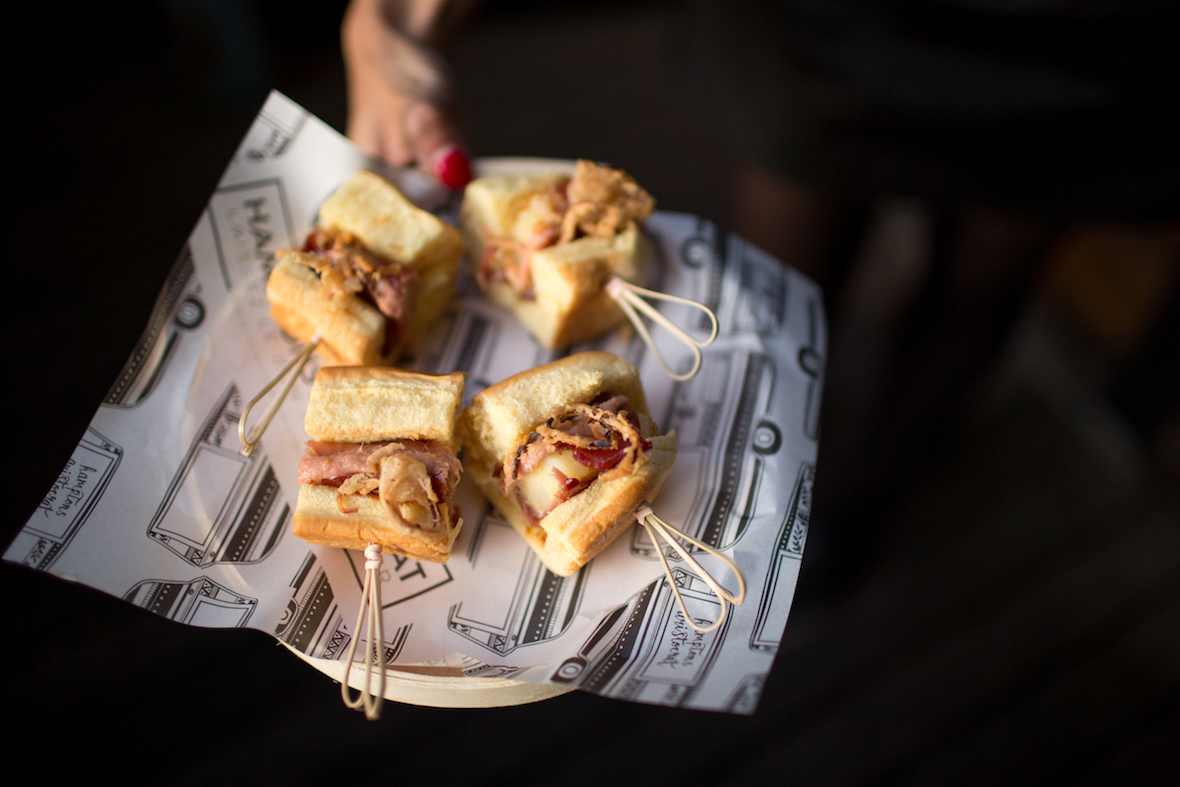 Bayonne Ham was the star of the show. 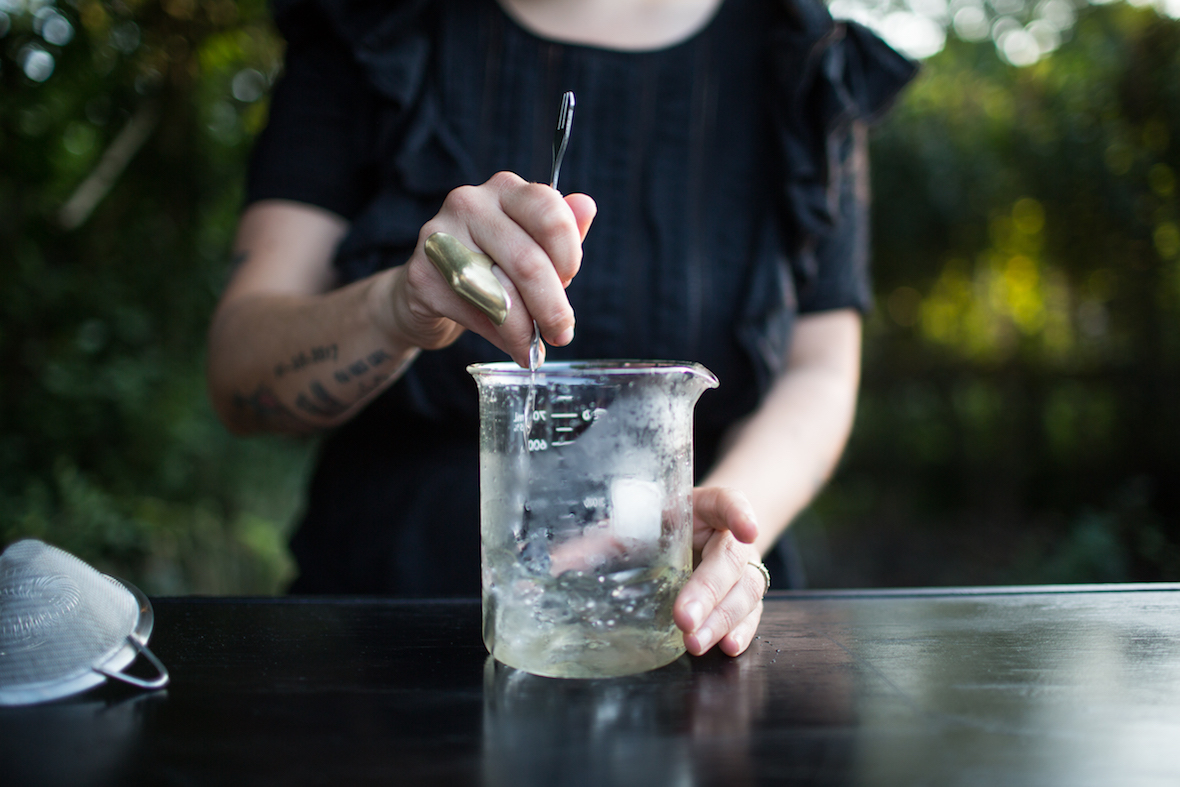 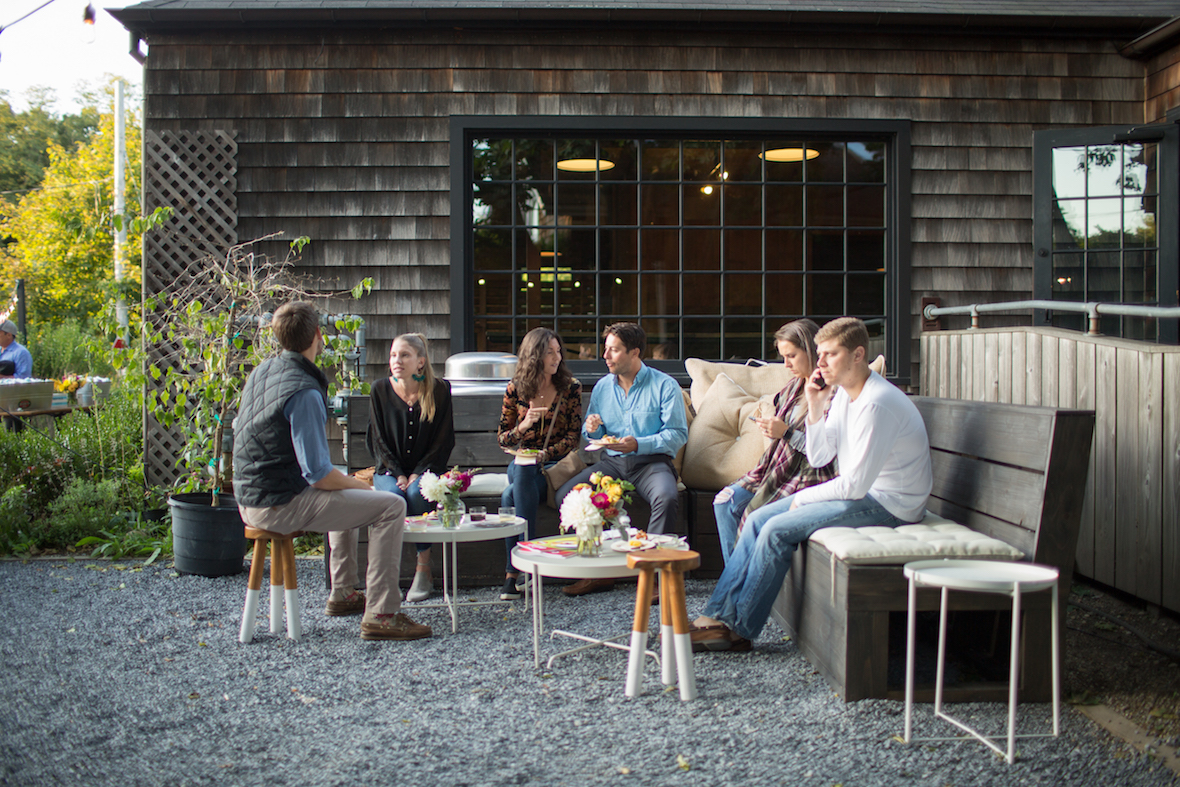 Guests lingered over drinks and delicious bites of Bayonne ham. 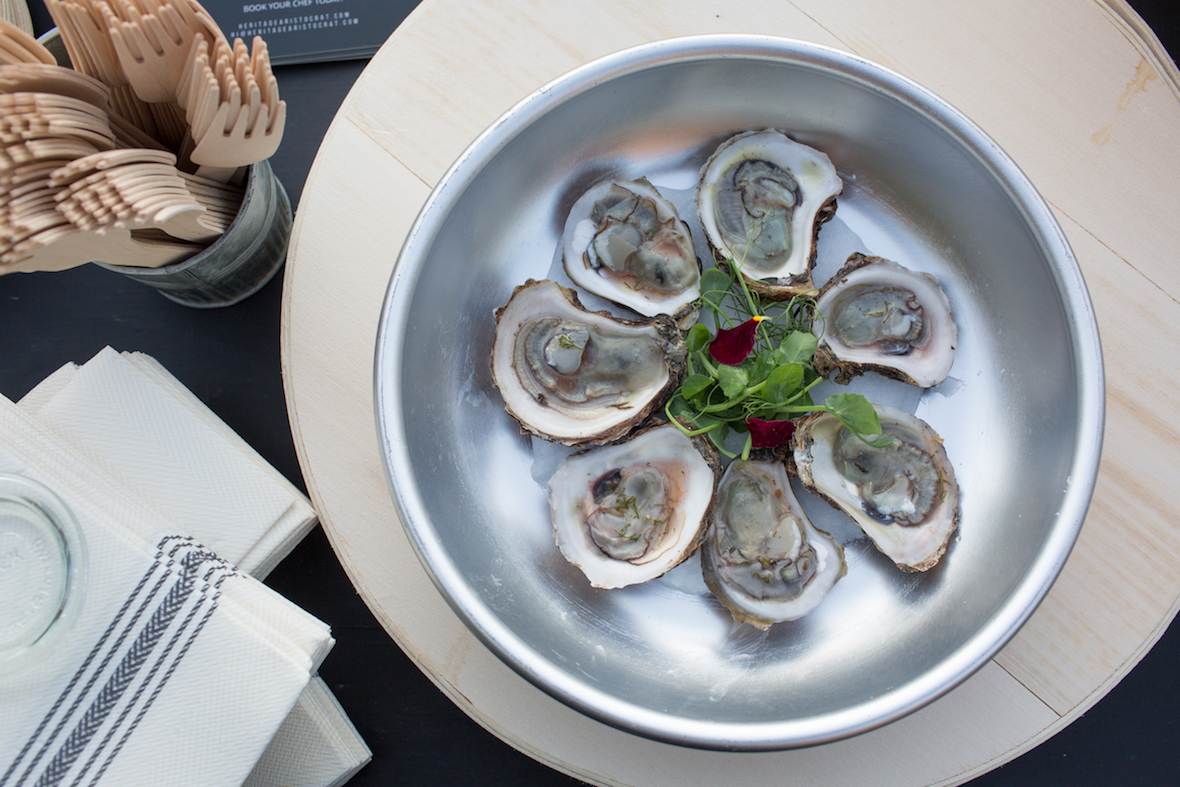 And because this is the East End, after all, local oysters made a delicious appearance. 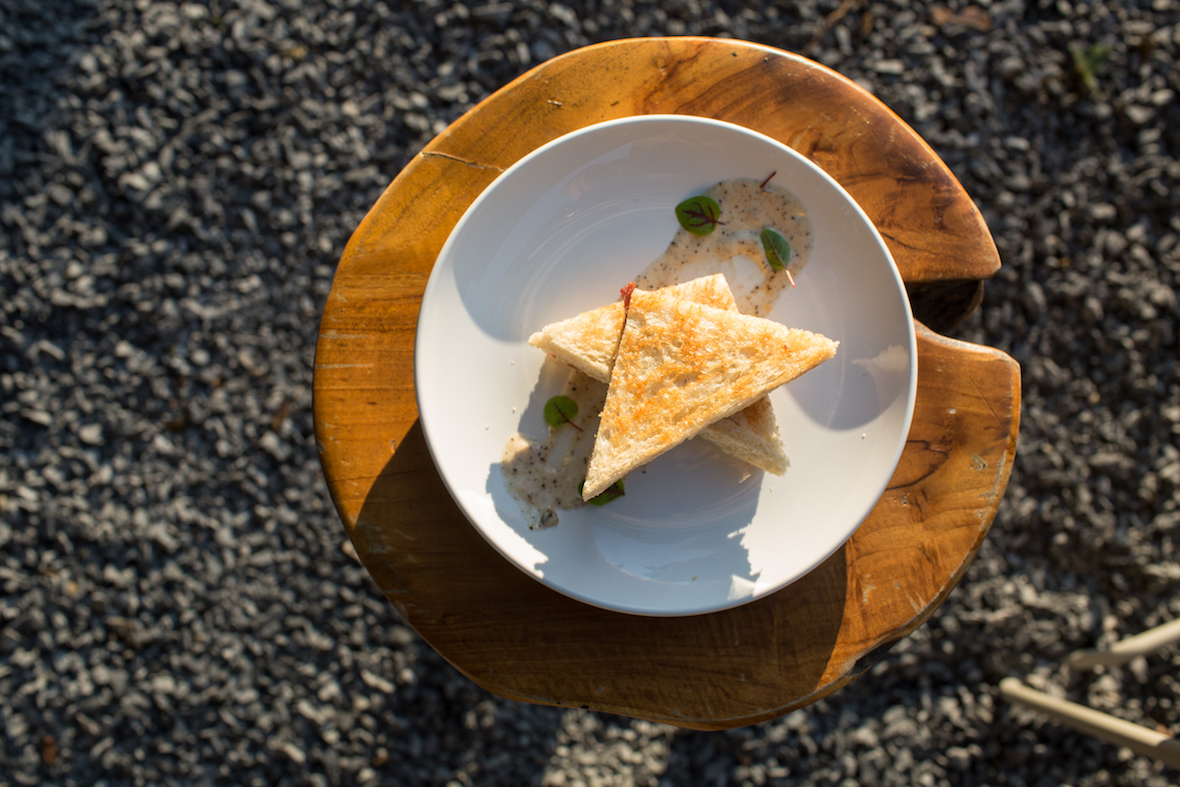 It was a beautiful, European-style event.