Edible Eat of the Week: The Oyster Happy Hour at the Tackle Box 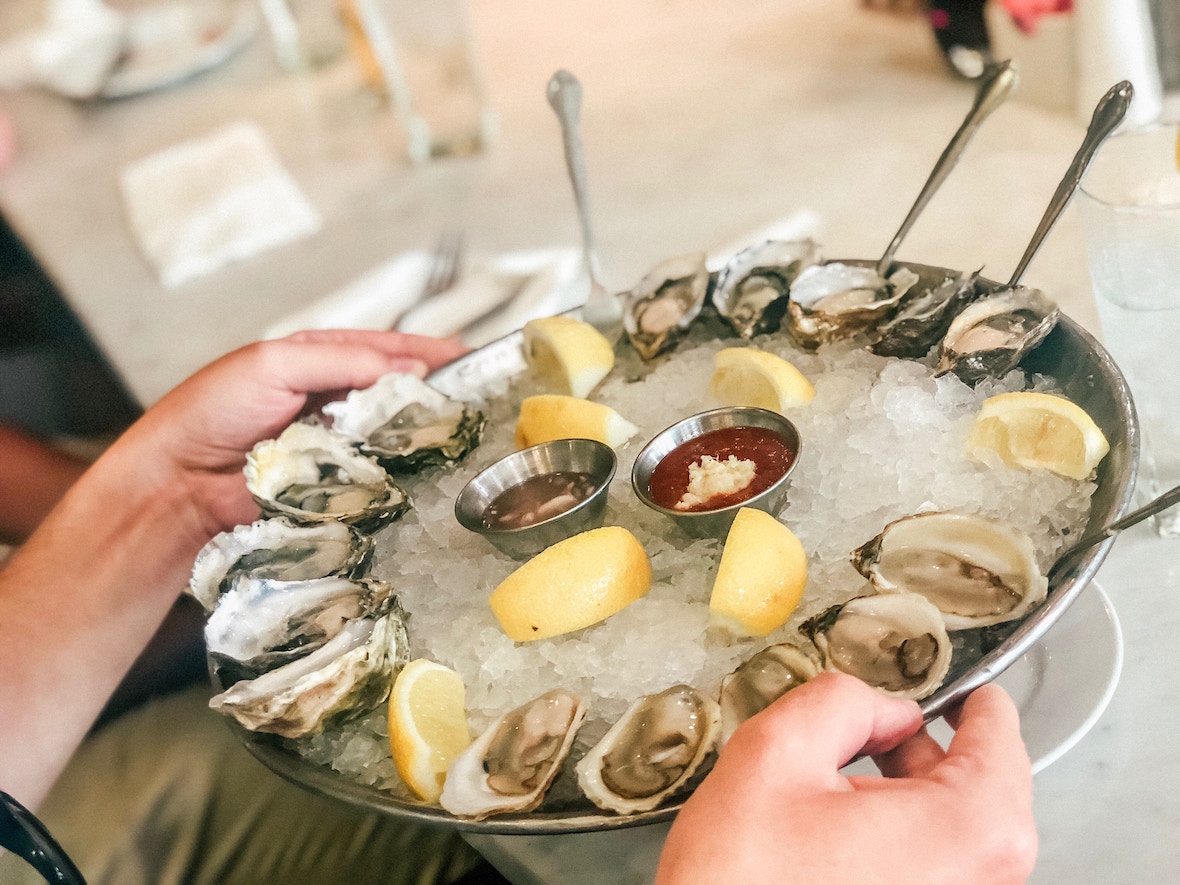 The Eat: An oyster happy hour you can actually be happy about.

The Place: Southampton’s The Tackle Box.

The Story: Does Michael Gluckman know what he’s up against? The owner of Southampton’s new Tackle Box—which occupies the space where Little Red once stood—has announced that he will sell $1.50 oysters from 3:30 to 6:30 p.m. every day, all year round.

I am an oyster-lover, to be clear. I have taken advantage of such largesse before. I once at 96 oysters at David Loewenberg’s dollar oyster night at Sag Harbor’s Bell & Anchor. The Tackle Box should be very, very afraid of me. I am a bottomless pit when it comes to food, in general, but when it comes to oysters? There is no stopping me. I am a woman on a mission. And boy, do I love a deal.

In all seriousness, it’s refreshing to have another restaurant that caters both to locals and to seasonal clientele, especially when it comes to the beloved bivalve. A daily, three-hour $1.50 oyster special? In the enter of Southampton? With no expiration date in sight? Sign me (and all of my friends, family members, and far-flung acquaintances) up. (Note: This happy hour will also include $5 beers, $7 glasses of wine, and $10 signature cocktails.)

Mr. Gluckman, who has been in the restaurant business for quite some time and who, most recently, operated East Hampton’s Service Station until two summers ago, has signed a ten-year lease on the Tackle Box space, guaranteeing longevity. The restaurant is a family-friendly operation with a nautical vibe and a seafood-centric menu. Go for the oysters, stay for everything else. Seriously, though. How can anyone turn down $1.50 oyster happy hour? I can think of few better ways to spend hard-earned money than on a dozen (ok, let’s be real: five… six… seven… dozen) $1.50 oysters. Salud!