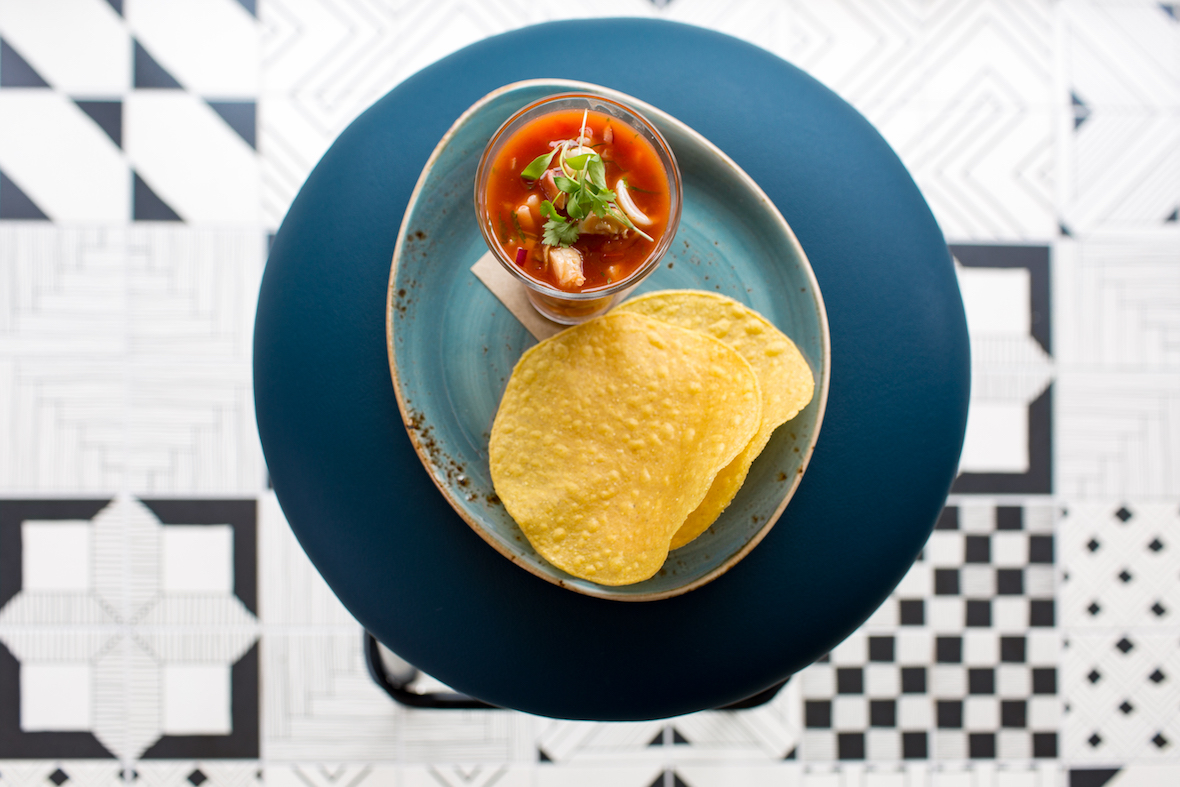 Open the doors of Coche Comedor, and the color will instantly strike you. Arranged evenly across the restaurant’s black and white geometric floor are tables—bursts of bright artwork that bring life and energy to the space. Each one is a little different; the team behind Coche Comedor, the partners at Honest Man Restaurant Group, commissioned several local artists to paint the tables by hand. But these pieces of art would not exist if it weren’t for a trip the team took down to Mexico City a few months before the restaurant’s opening.

“The restaurant was built,” says Mark Smith, owner and partner at Honest Man Restaurant Group. “It was January and we were planning to open in March. The restaurant came out really good, but we all realized that we were lacking color.”

With that in mind, the restaurant’s four group partners—Smith, Toni Ross, Christy Cober and chef Joe Realmuto—packed up and spent five days in Mexico City, eating and exploring a city they hoped to bring a little piece of back to Long Island.

Honest Man Restaurant Group is, of course, the organization behind other successful Long Island eateries like Nick & Toni’s, Rowdy Hall and Townline BBQ. Coche Comedor isn’t even their first Mexican venture. Twenty years ago, a trip down to Mexico inspired them to come back and open La Fondita, a taqueria located adjacent to Coche Comedor.

“That was sort of our first entrée into the country and real Mexican food, and we just sort of fell in love with it, came back and opened La Fondita,” says Smith.

Inspired by what that trip gave them, the group partners thought another trip could give them the same feeling. 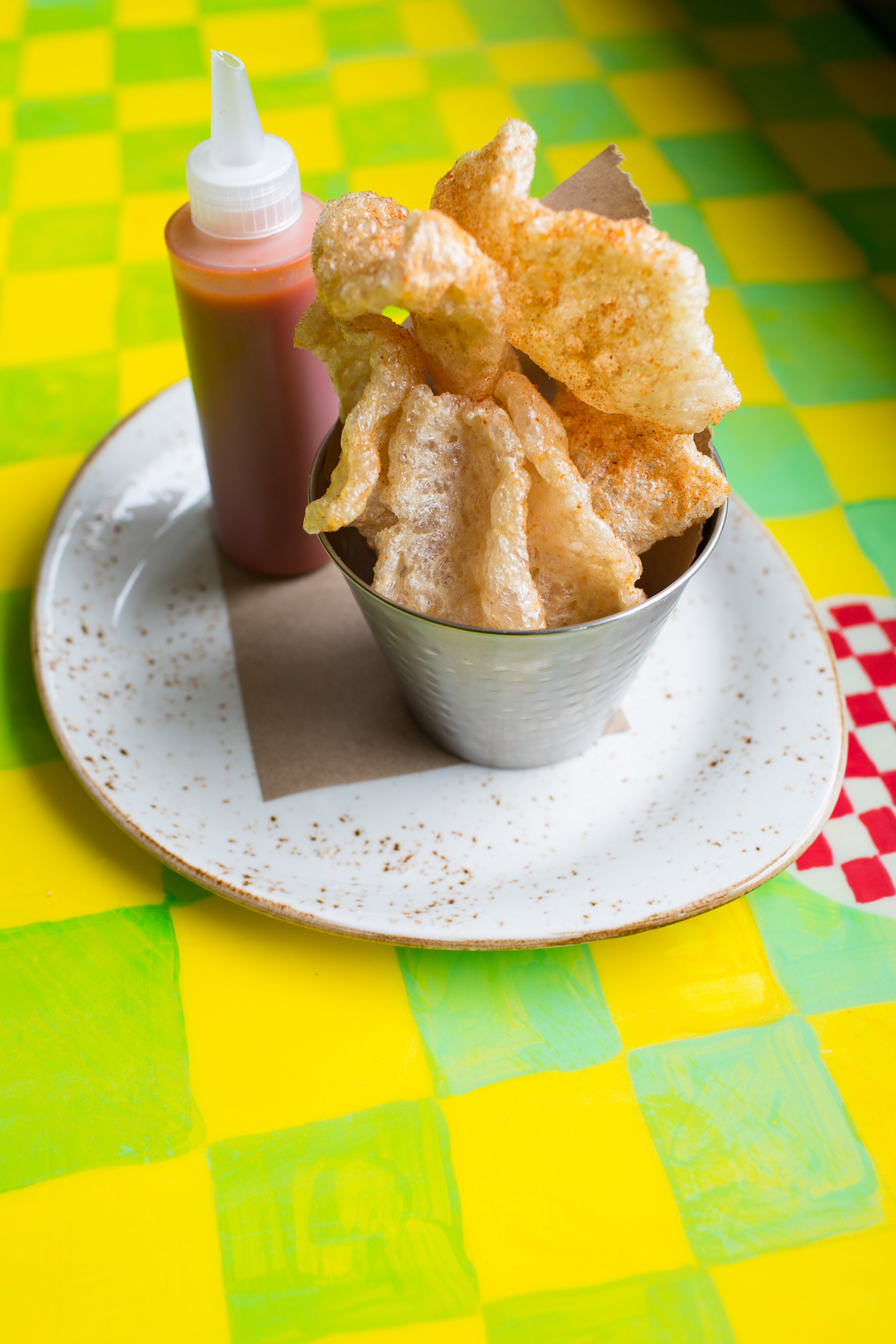 “[Our first trip to Mexico, twenty years ago] was sort of our first entrée into the country and real Mexican food, and we just sort of fell in love with it, came back and opened La Fondita,” says Smith.

“We had kind of wanted some inspiration and to keep it really authentic,” says Realmuto. “We went to New York and tried a whole bunch of different places, but really immersing yourself in the culture kind of changes things a little bit and that’s what we learned when we were opening up La Fondita.”

Read more: 5 Days of Eating and Drinking in Mexico City

One morning, the team took a trip out to Xochimilco, where gondola-style boats called “trajineras” line up along the river and offer rides, their brightly painted exteriors decorating the canals.

“All the boats are there and it’s this incredible array of all these colors,” says Smith. “One of our partners, Toni Ross, comes up with an idea that this would be a great way to inject color into the place.”

“It turned out to be quite incredible,” Smith continues. “They look great. They accomplish what we wanted to accomplish in terms of injecting color, and the origin of it is all through our trip to Mexico City.” 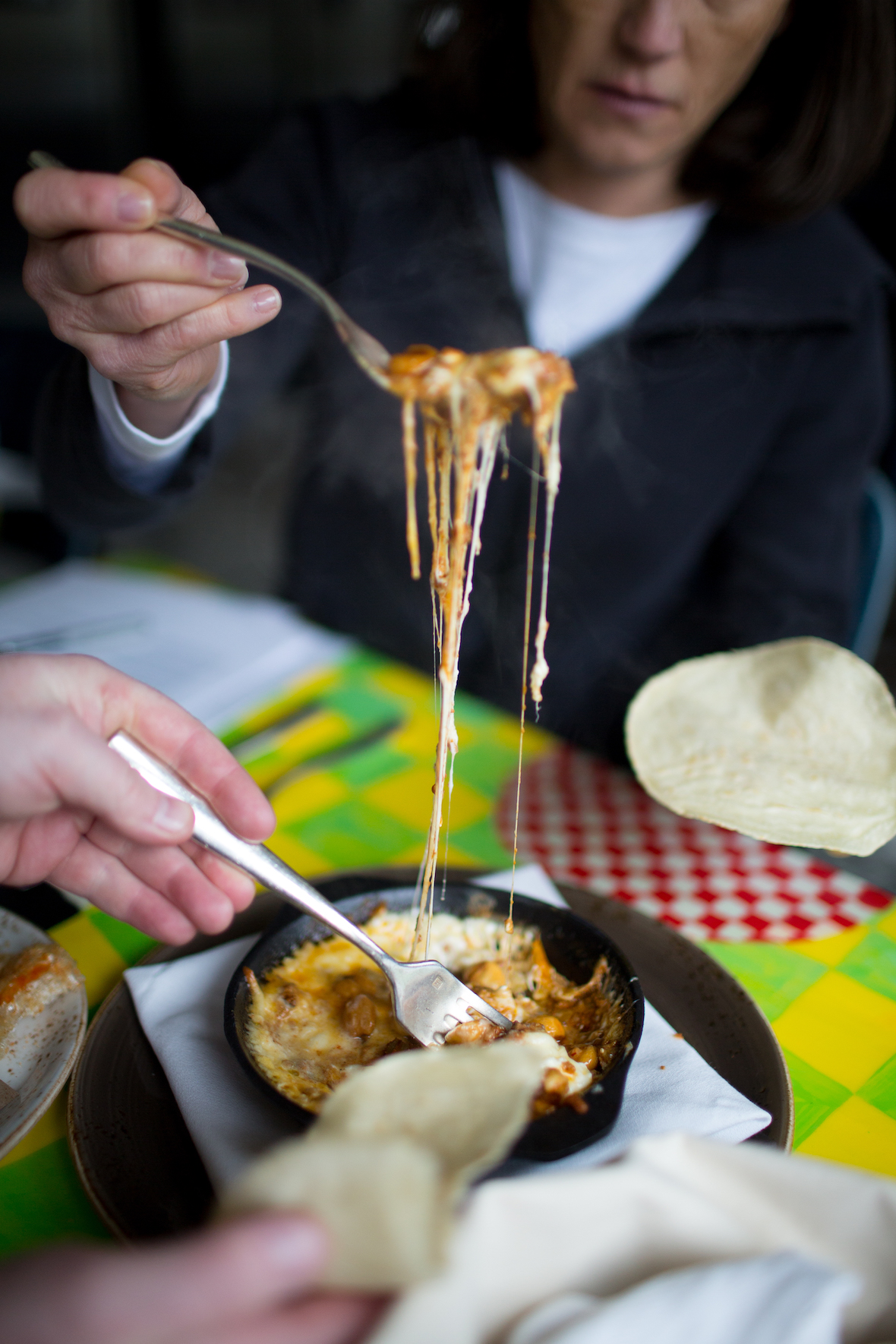 “We had a direction of what the cuisine wanted to be and really what [we wanted] the whole restaurant to represent,” says Realmuto.

The main mission of the trip, however (as you could guess), was eating. The Coche team ate everything from typical street food to a meal at the world-renowned Michelin-star restaurant Pujol. And although their menu was basically set before heading down there, the group partners wanted to show the other culinary team members, Juan Juarez and Juan Giranamo, who joined them, what they hoped Coche Comedor would be.

“We had a direction of what the cuisine wanted to be and really what [we wanted] the whole restaurant to represent,” says Realmuto. “We felt that if we brought our team down there and actually showed them and let them experience it as well, it would be a good thing to kind of get that across to them.”

Another aspect they hoped to bring home was a different style of eating, one that differs from the typical American way of each person ordering their own dish.

“We wanted to introduce the concept of people sharing plates,” Smith says. “We try to [tell] people when they come in here that not everybody has to order their own plate. That they can order three or four things and share.” 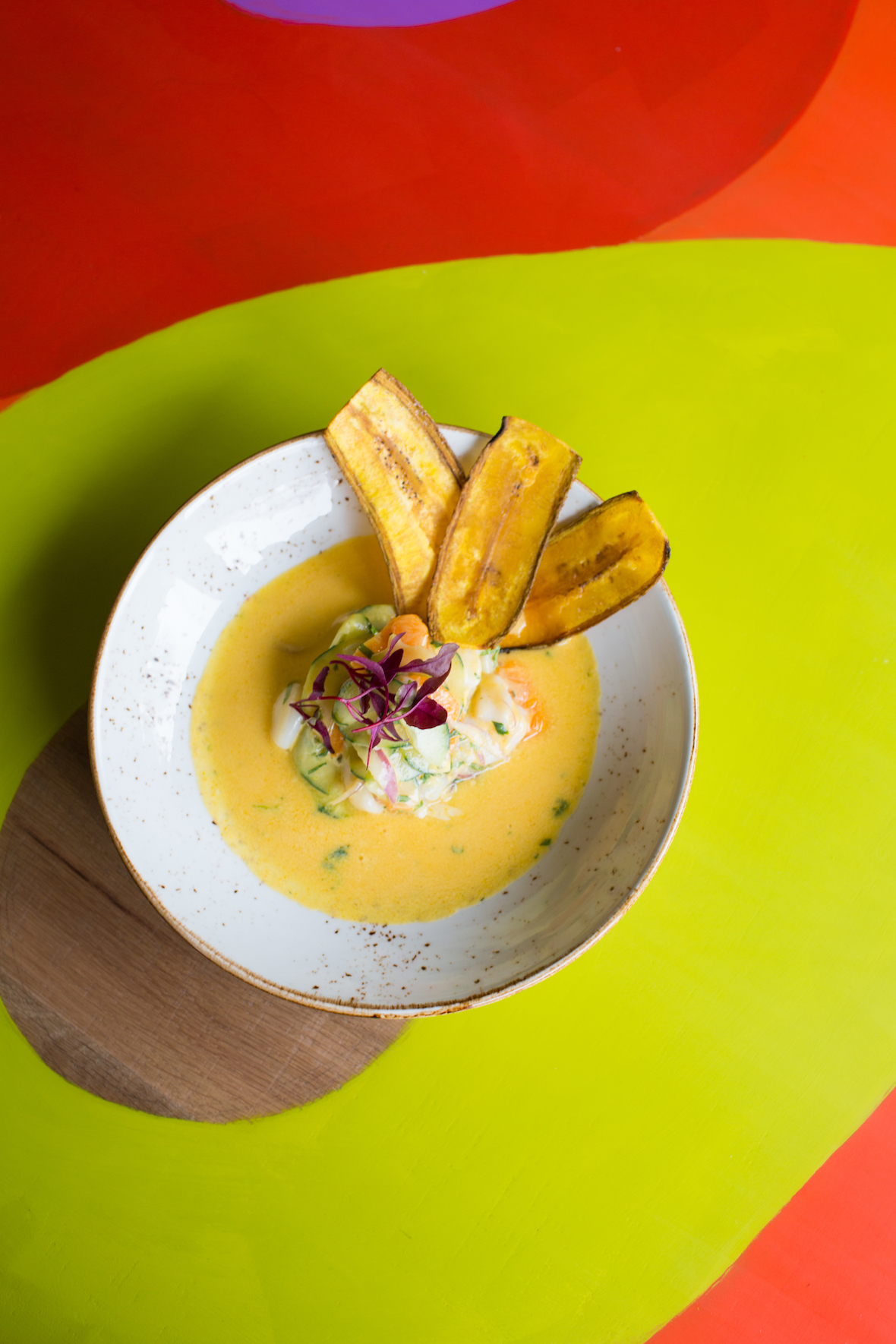 “A lot of Americans think of Mexican cuisine as tacos and burritos,” Smith continues. “It’s a huge country—it has oceans, it has mountains, and the cuisine is very varied.”

And Coche Comedor’s menu reflects Mexican cuisine not typically available in restaurants in the U.S. There’s a raw bar serving up various ceviches, duck sopes, grilled octopus. But they still have the classics like table-side guacamole and queso fundido.

Mexico’s cuisine is incredibly diverse, and the partners at Coche Comedor hope their approach to bringing that diversity to Long Island will show people that Mexican cuisine is more than just the beans and rice they know.