Don’t Miss Your Chance to Dine at This Greenport Gem

Barba Bianca closes for the season on September 2. Don’t miss your chance to dine there, at the water’s edge. 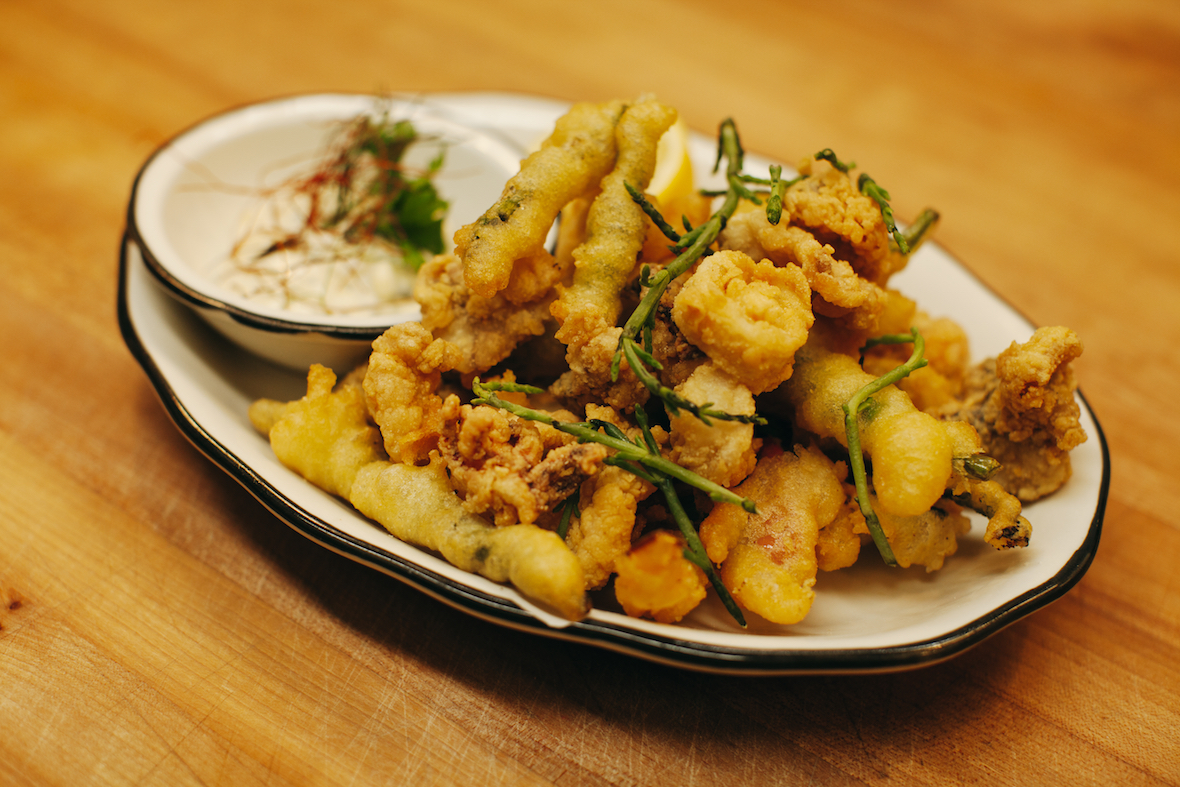 You only have a few dinners left.

Tucked away beside the sea lies Barba Bianca—a gem in the rough, a whole other world in its own oyster. Its name pays homage to the white bearded fishermen of the olden days, a beard that chef Frank DeCarlo carries himself.

The restaurant exists inside a small red building that was the former coal shack that was part of the historic S.T. Preston & Son Ship’s Chandlery. But like a ship on water, Barba Bianca ebbs and flows over Greenport Harbor with remarkable views of Shelter Island and Greenport Yacht and Ship Building Company. Its stern: the hidden back bar lounge adorned with oil paintings of fishermen past. The hull: a 60-seat dining room bathed in glittering sunlight. And the bow: an outdoor patio dock with 180 degree water views as guests eat from the very bay their fish came from.

Inspired by the traditional Italian cuisine DeCarlo experienced in Puglia, the southernmost boot of Italy, he brought those Mediterranean influences to Barba Bianca while incorporating a strong emphasis on local ingredients. Namely, what we call “trash fish,” as well as locally sourced meats like venison, duck, and rabbit. A notable favorite earlier this season was the Pesce Gallinella, the long laughed-at sea robin served as a skate, a prized delicacy in Italy. The Fritto Misto is a fluctuating assortment of monkfish, blowfish, weakfish, calamari, sea robin, and black sea bass. Or there’s the Bovoletti with snails from Peconic Escargot seemingly gliding across a bed of polenta. Their Fiore Di Zucca is a favorite amongst many, alongside their filleted bluefish the Pesce Serra and their brothy clam entrée, Fregola con Vongole.

Barba Bianca is open Wednesday through Monday for dinners at 6:00 PM. Last dinner seating is September 2nd, 2019. Be sure to make a reservation before the striped sailors head back west.