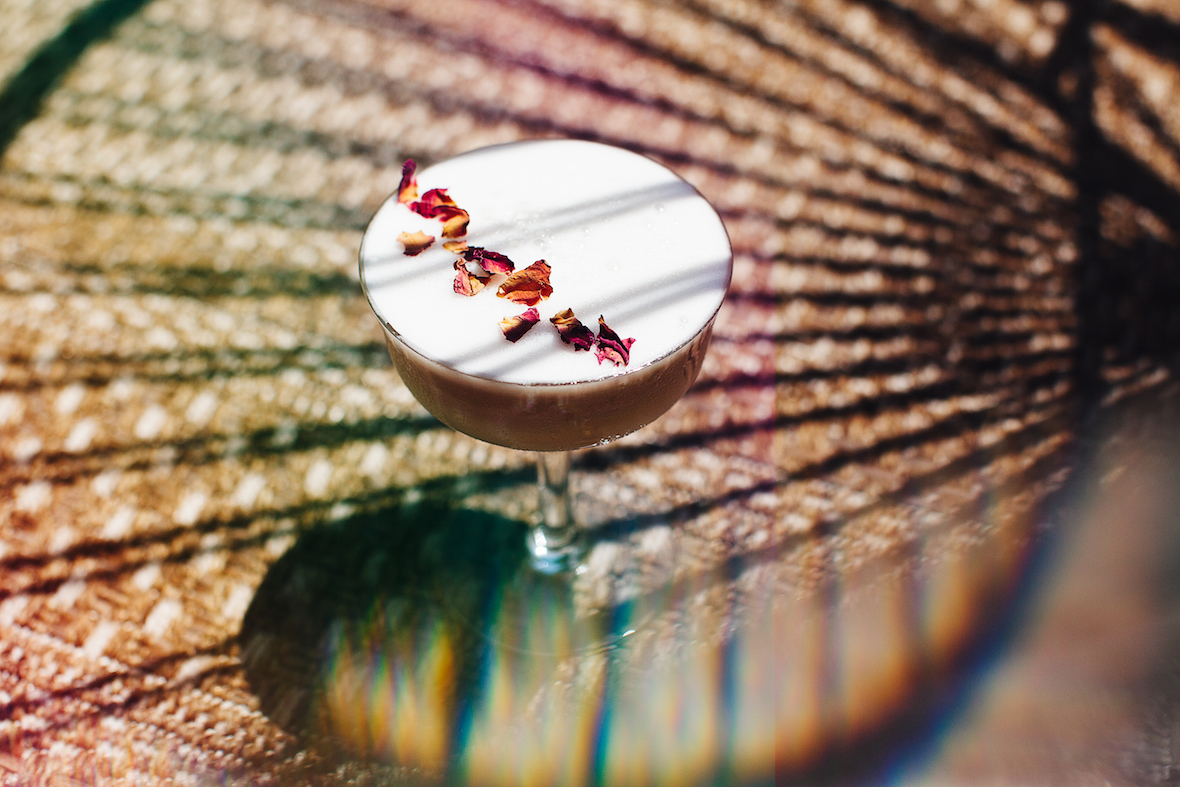 Greenport had been hearing whispers of Three Fourteen for some time now. The building itself on 314 Main Street had been at one point in the village’s history a French crêperie. History repeats itself; but instead of crepes we get a swanky Euro style wonderland behind a wall of well-manicured hedges and dessert inspired cocktails curated by Arnaud Dissais, the “beverage guy.” You may even find a bunny scurrying across the patio as you go down this rabbit hole.

Originally from France, Dissais has been the beverage director at Brooklyn’s Loosie Rouge, and recently came off a two year gig as the bar manager over at Mace Bar in New York. Max Peskowitz, partner at the Loosie Rouge, introduced Arnaud to Carolyn Rusin, owner of The Gallery Hotel. And thus, through the strange magnetic forces that bring many to the North Fork, Three Fourteen was born. 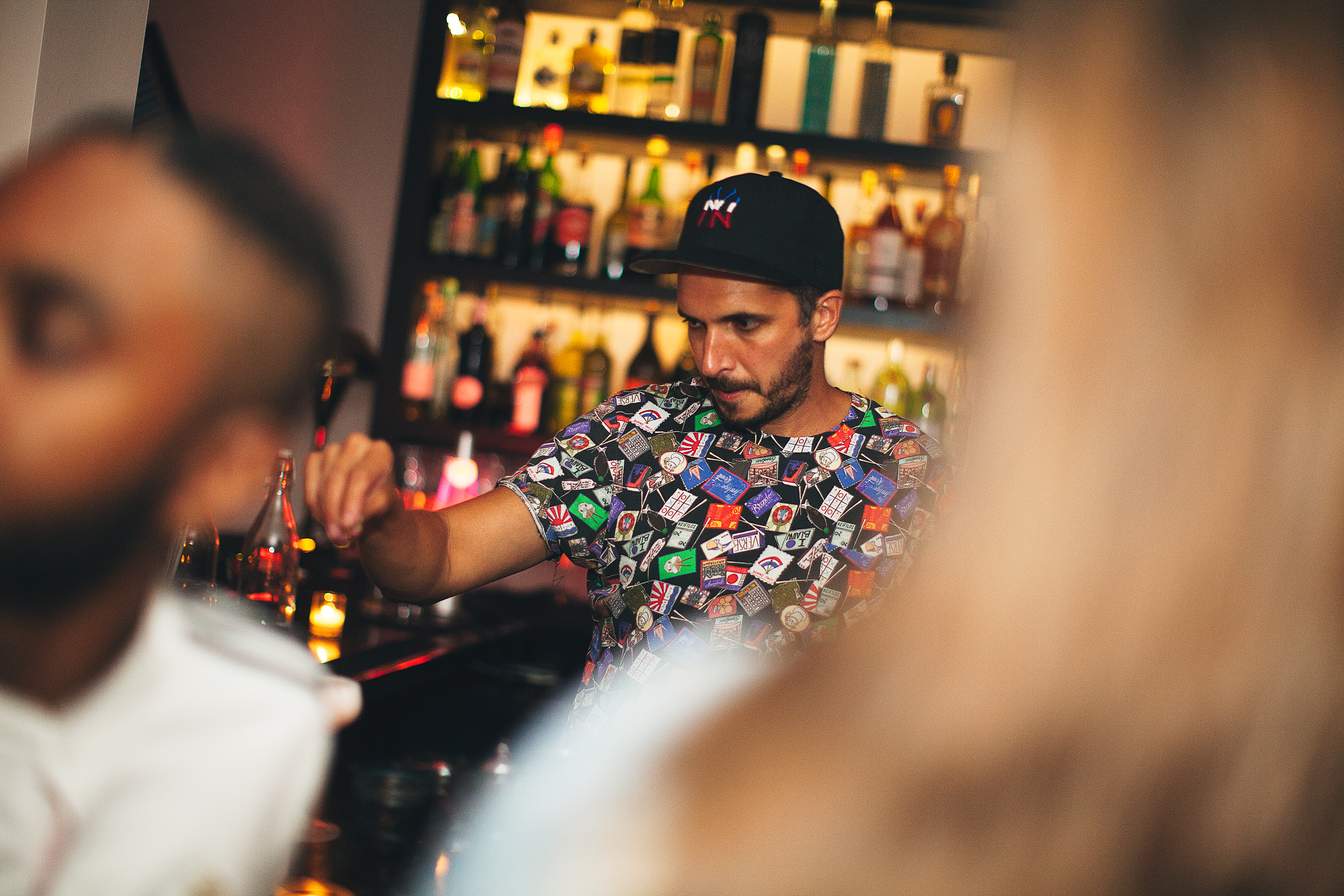 Inspired by pastry chefs and the enchantment of the North Fork, Arnaud and his team are like mad scientists in cool t-shirts, recreating pastries and countryside scenes in seductive liquid form. It’s a sexy science. The first cocktail on the menu, Le Milk Punch, takes two days to prep. It is a clarified milk punch with chocolate sesame infused reposado tequila carefully strained for a beautiful clear liquid as transparent as water. But it’s an illusion. Ask for a spray of Moroccan spearmint mist, and you will see that this beverage is the same consistency of milk. Their Ticket to Paradise is inspired by French pastry chef Pierre Hermé’s iconic macaroons, specifically his Ispahan with rose petal, raspberries, and lychee. Built upon a lemongrass-distilled shochu, this foamy cocktail includes rose orgeat and a lychee cordial. Or if you’re looking for a midnight snack, their PB&J will have you covered with peanut butter calvados, Campari, house berries vermouth, and dark cocoa mist.

Open Thursday through Sunday, follow @threefourteenbar for cool cocktails, vintage pop culture references, and impromptu DJ sessions by friends and other guests. Bites will be available by Jose “Cheo” Avila of Kon Tiki if you are in the mood for late night Bahn Mi or a latin style skewer during their Sunday Barbeques.