Because you deserve to be happy (as a clam). 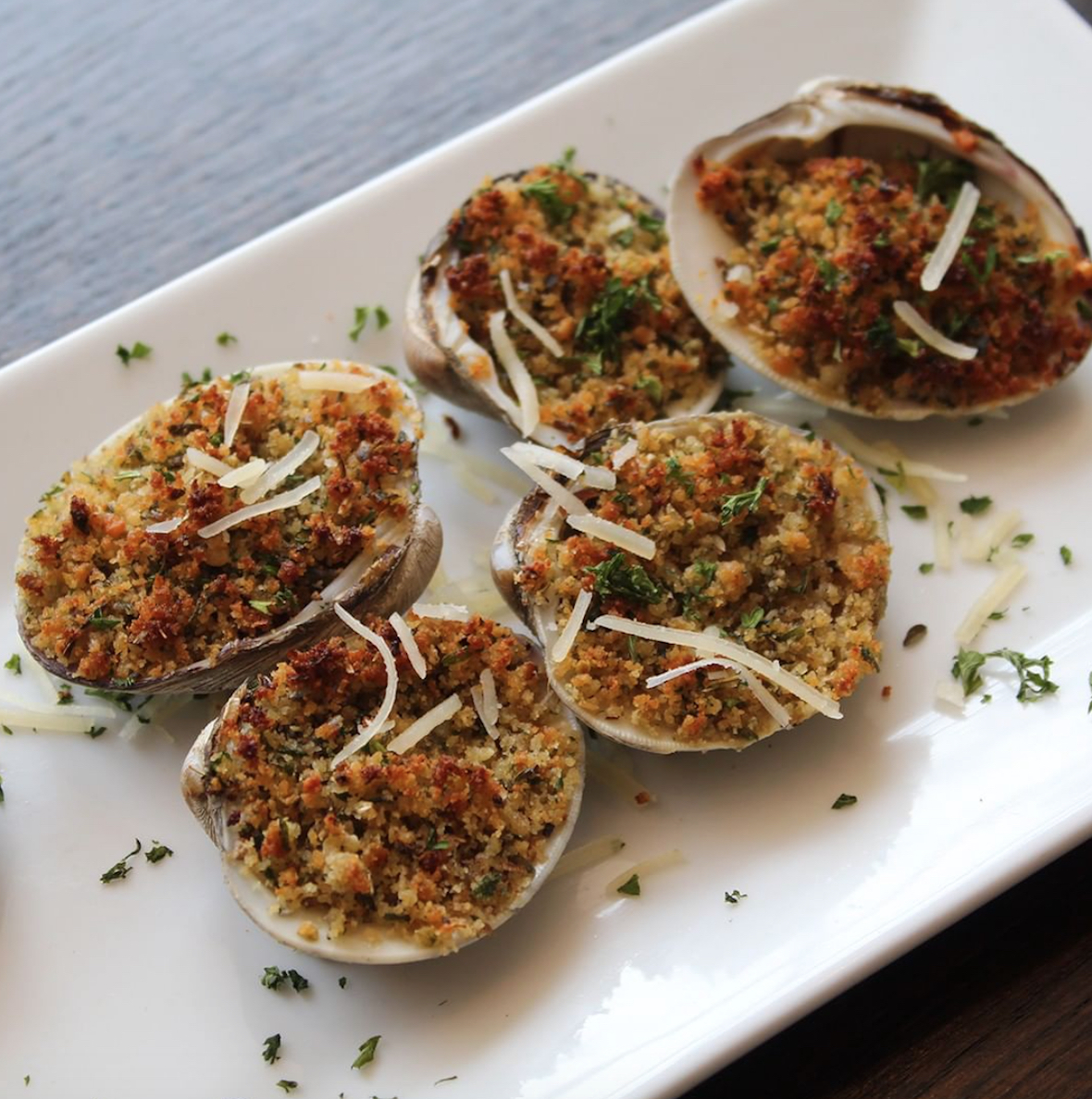 The Eat: Choose Your Clam Adventure.

The Story: The space that was, for decades, home to Michael’s, changed ownership this season. The restaurant remains the sole restaurant within walking distance of the pristine Maidstone Beach, and that’s valuable to beachgoers looking for somewhere to grab dinner after the sun has slipped into the bay. So you’ve got your destination. But now: What to eat once you’re there? Surely I’m not the only East Ender committed to eating every last clam available while the summer is still ripe and upon us.

At Bel Mare Ristorante, which is now operated by the Gherardi family, patrons can choose between three superlative clam dishes, and I’m on board for all three. For appetizers, toggle between clams casino (littleneck clams baked with bacon, breadcrumbs, and garlic butter), and clams oreganata (littleneck clams baked with oregano, parsley, garlic, and bread crumbs). Or go for the whole enchilada, and make clams your entrée. And by that, I mean splurge for the linguine a la vongole, littleneck clams sautéed with either marinara or white sauce and served over a plentiful mound of linguine).

Actually, I don’t think there’s much shame in eating three clam-related dishes for dinner. Who’s to say you can’t begin with two clam-related appetizers and finish with a clam-tastic entrée? Certainly not me. If you fall far enough in love with the marinara or white sauce, you can even bring a bottle home and make the vongole for yourself in the privacy of your own kitchen; bel mare ristorante’s chef, Luigi del Conte, has his own line of sauces, called “Get Sauced with Luigi.” Take a bottle home and re-create the experience for yourself, or, better yet, make sunset at the beach, followed by clams at Bel Mare Ristorante, a part of your weekly repertoire.