Edible Eat of the Week: Dry-Aged Tuna Ribeye at Showfish

Jeremy Blutstein is doing to tuna what most people do to beef—and it’s making mouths water. 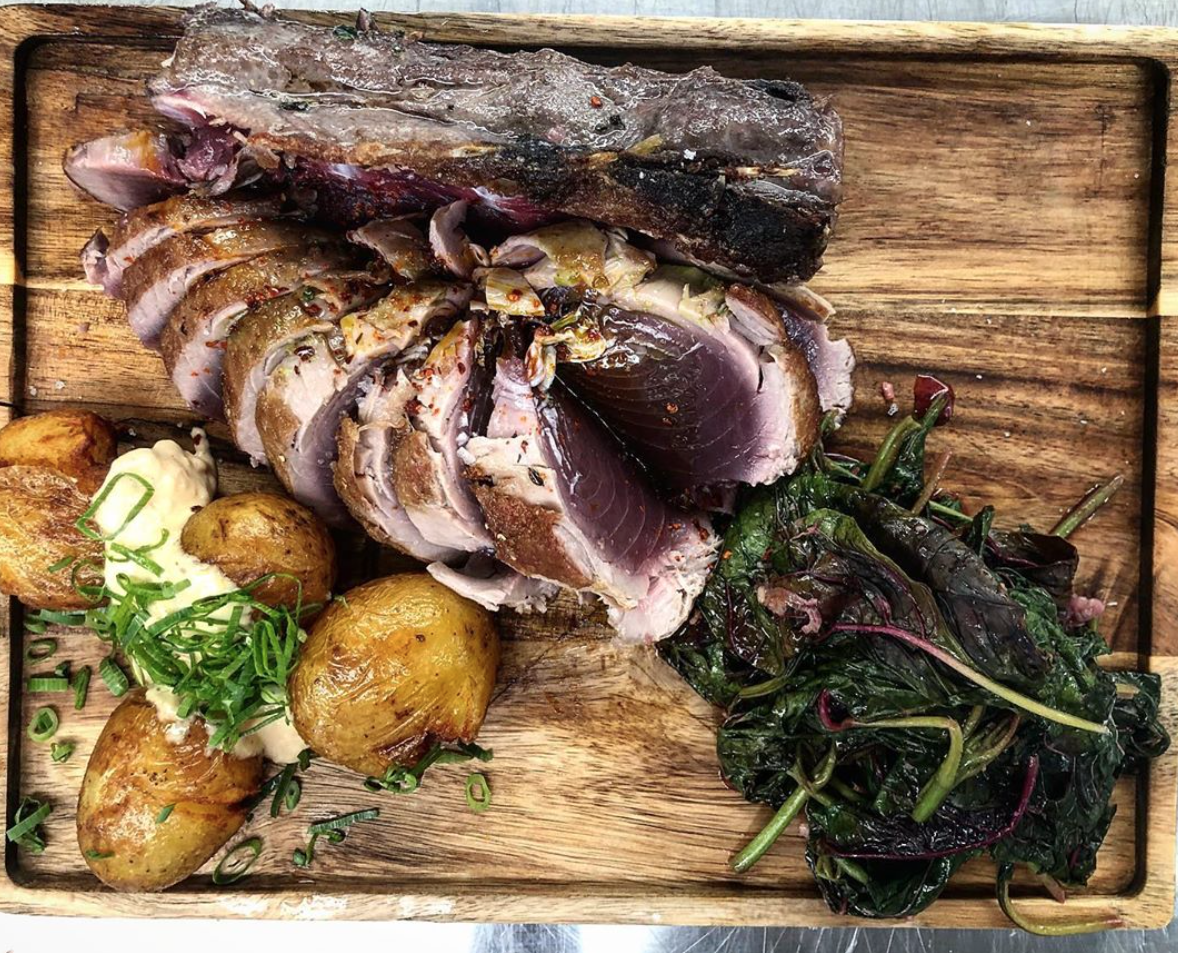 The Eat: A dry-aged tuna ribeye.

The Story: Jeremy Blutstein is doing to tuna what most people do to beef—and it’s making mouths water.

At Showfish, in Montauk, the seasoned chef is sourcing 34-ounce, bone-in tuna ribeye steaks from Gosman’s dock. He then ages the incredible fish steaks for eight days, as he would a steak, dusting them with fennel pollen (saved over from last year, he notes) and leaving them to brood. The result is rumination on fish. In his words, “fish pretending to be beef.”

The tuna steaks current sell at market price—that can change, of course, but the current going rate is $109. Considering the going rate of dry-aged beef, that hardly seems excessive, to be honest. The final plate is sliced but served on the bone, part steakhouse chic, part tongue-in-cheek camp, all deliciousness. The interior remains its ruby red lusciousness, but the flavor is amplified by the dry age. This is tuna at its fundamentally most tuna. Dry aging concentrates the large fish, as well as the red meat-esque qualities that already make it so appealing to steak eaters. Dry aging it makes sense, actually. Tuna was always the poor man’s ribeye—although, in the 2019 market, we may have to rewrite that as the rich man’s steak.

The dry-aged tuna is a regular menu item and sells like… well, no need to recount the exact similie employed by chef Blutstein, but rest assured that it’s a popular menu item indeed. The intersection of fun and invention is where Blustein thrives, and the tuna ribeye is no exception. Catch your catch of the day this summer at Gurney’s Star Island Resort & Marina, where chef Blutstein pays serious homage to Montauk’s blue waters. It’s tuna season, friends. What a magical time of year.