The next NOFO Champloo will be held on Wednesday, July 31. 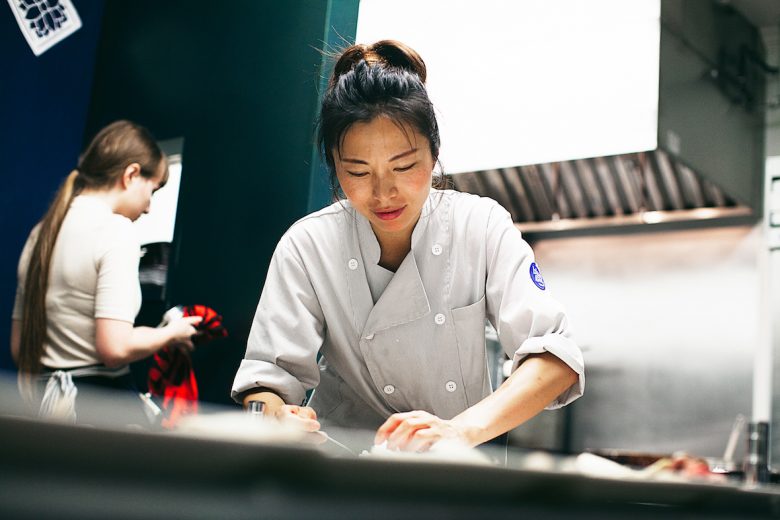 Stirling Sake is a hidden gem that straddles the line between the business district of Greenport and its residential neighborhoods.

Nestled into the southwest corner of Center and Main Street in Greenport lies Stirling Sake, a sake tasting room complemented by authentic Japanese fare. This hidden gem straddles the line between the business district of Greenport and its residential neighborhoods to create a secret garden that is both familiar and ethereal. Owner Yuki Mori has created a space that is grounded in Japanese tradition and conviviality. However, that does not mean there can’t be room for some commingling.

That is where NOFO Champloo comes in. Inspired by the Japanese anime series Samurai Champloo (from the same director as Cowboy Bebop), NOFO Champloo is a concept that employs the idea of cultural mixing much like Samurai Champloo and its blending of historical Japanese culture with modern Western influence. Champloo itself means “something mixed,” from the word Chanpurū, a stir-fry dish from Okinawa, that means to mix, or to hash.

It just so happened that its inception coincided with the arrival of Michi Shimada in 2018, [known as Michi Rythem] a visiting chef from Japan who, alongside Yuki Mori and Jonathan Lee, drew in the final elements for the event. Together they curated an eight-course meal based on the traditional Kyoto tea ceremony whose Kaiseki tradition demands the use of the freshest ingredients possible. With this idea, like the trio in Samurai Champloo, they have incorporated seasonal fare from local farms and markets like Treiber Farms, Eight Hands, KK’s The Farm, Sang Lee, Country View, and Down To Earth; in search of the samurai that smells like sunflowers.

Michi Rythem is a Japanese private chef whose clients include pro wrestlers, sumo wrestlers, and the Japanese Olympic swim team for the 2020 Olympics in Tokyo. For 18 years she has studied nutrition with a medical approach, only to have become a private chef to professional athletes ten years ago.

“Our bodies consist of what we eat,” she says. “I work with a team of physicians to maintain our clients’ health and body through nutrition. Using more than 60 kinds of data sets from blood tests, we improve our clients’ health through proper diet, sleep, exercise, stress relief, and supplements. Some nutrition advocates say, ‘You never know how effective a supplement is even though you take it daily,’ but I use precise blood tests, so you can see how effective my approach is before and after.” 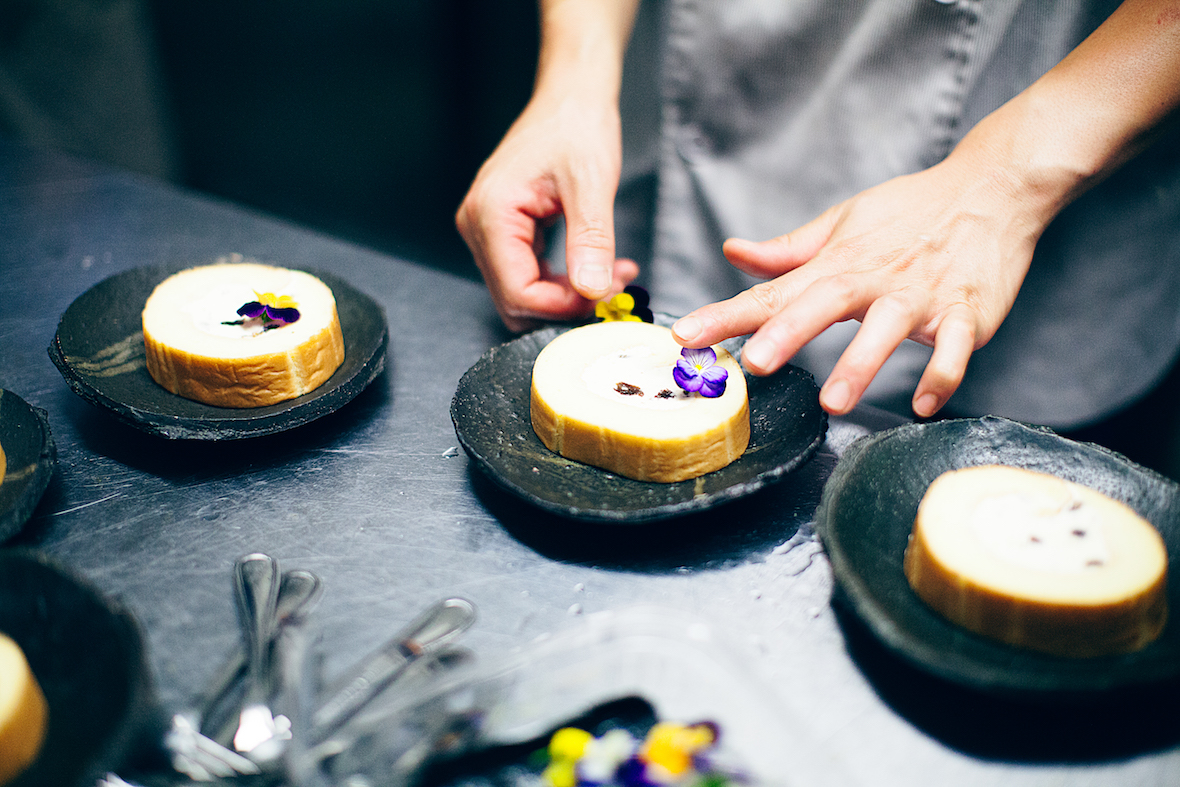 This year, Michi’s menu will include sake pairings curated by Yuki Mori from Brooklyn Kura, an American craft sake brewery. 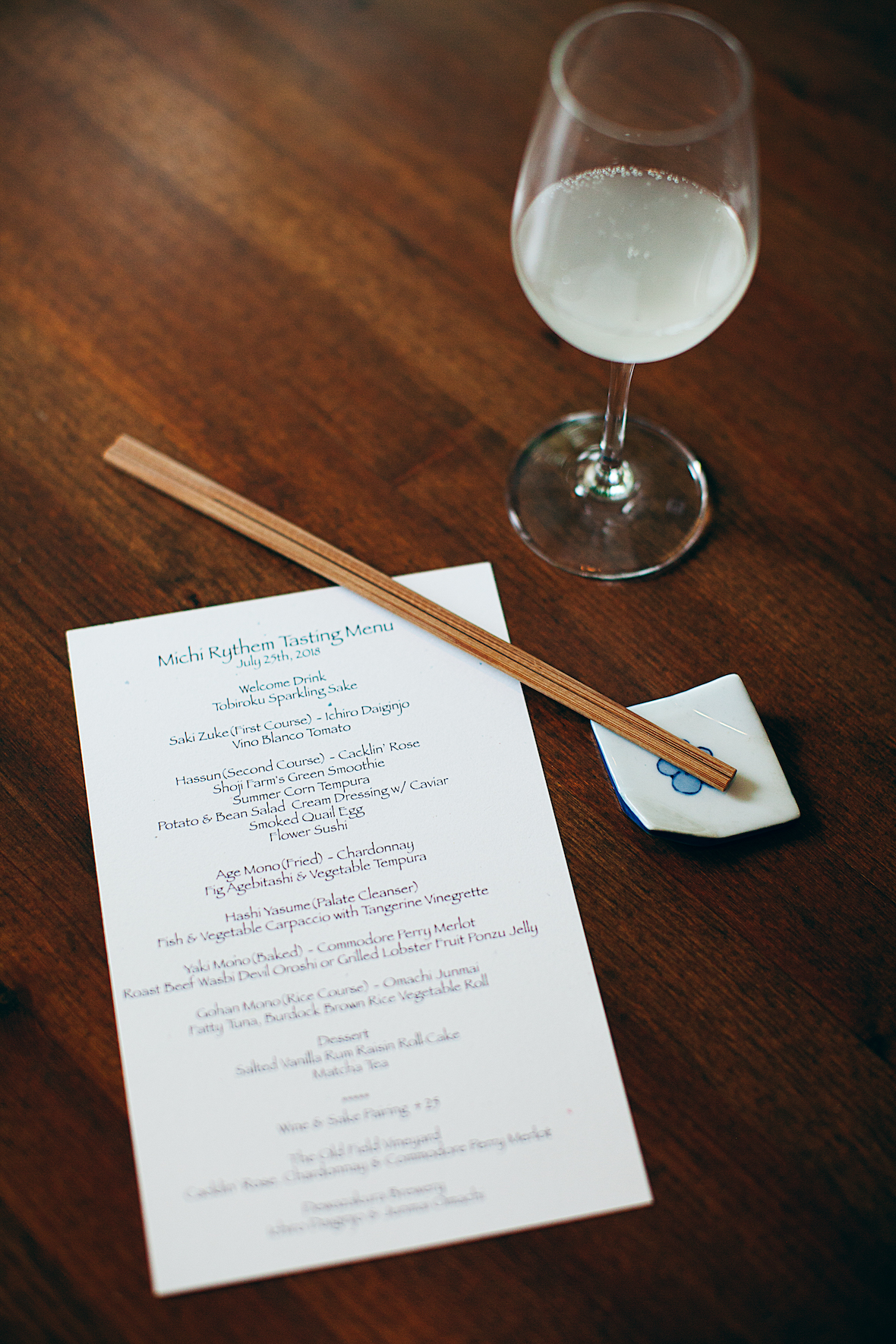 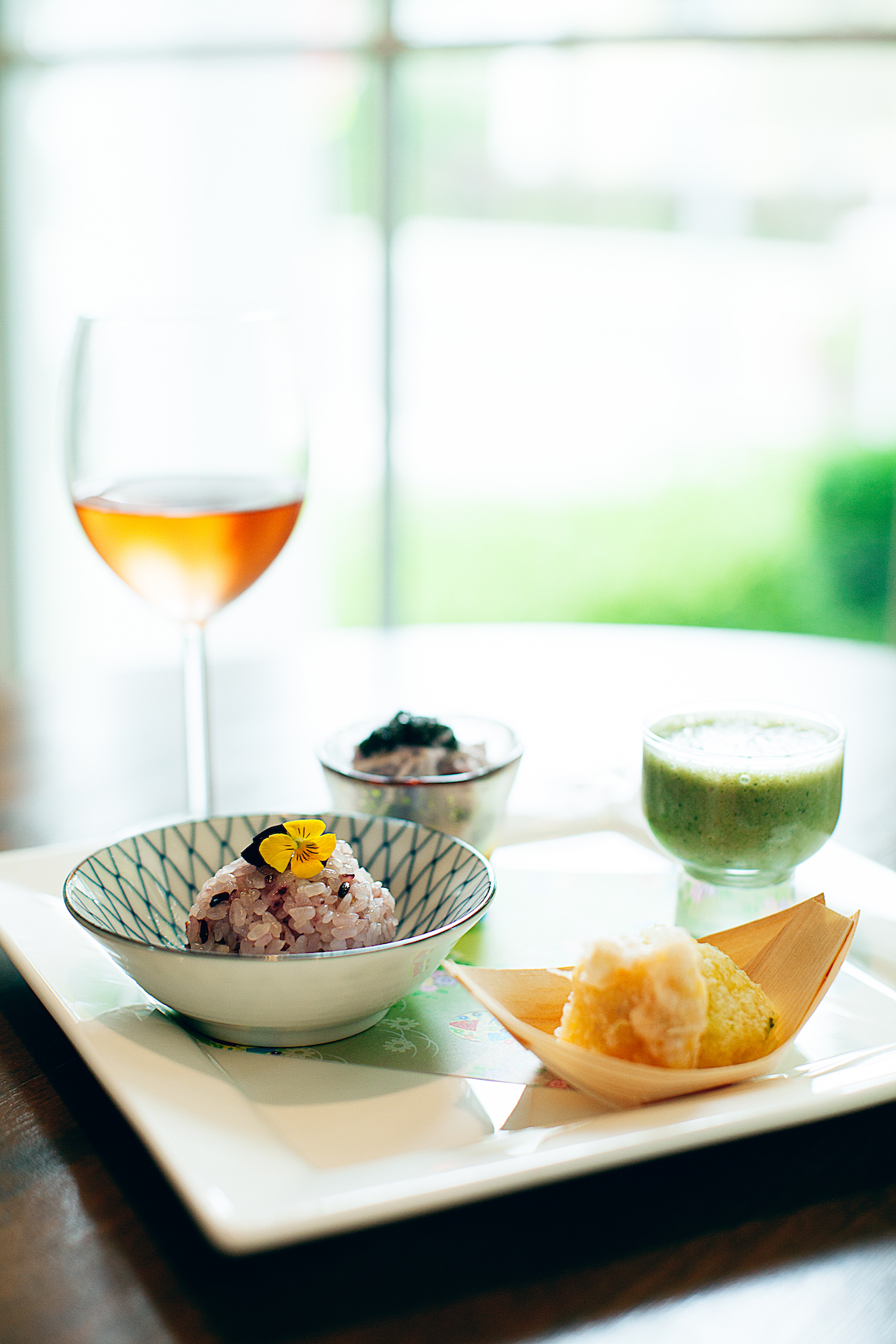 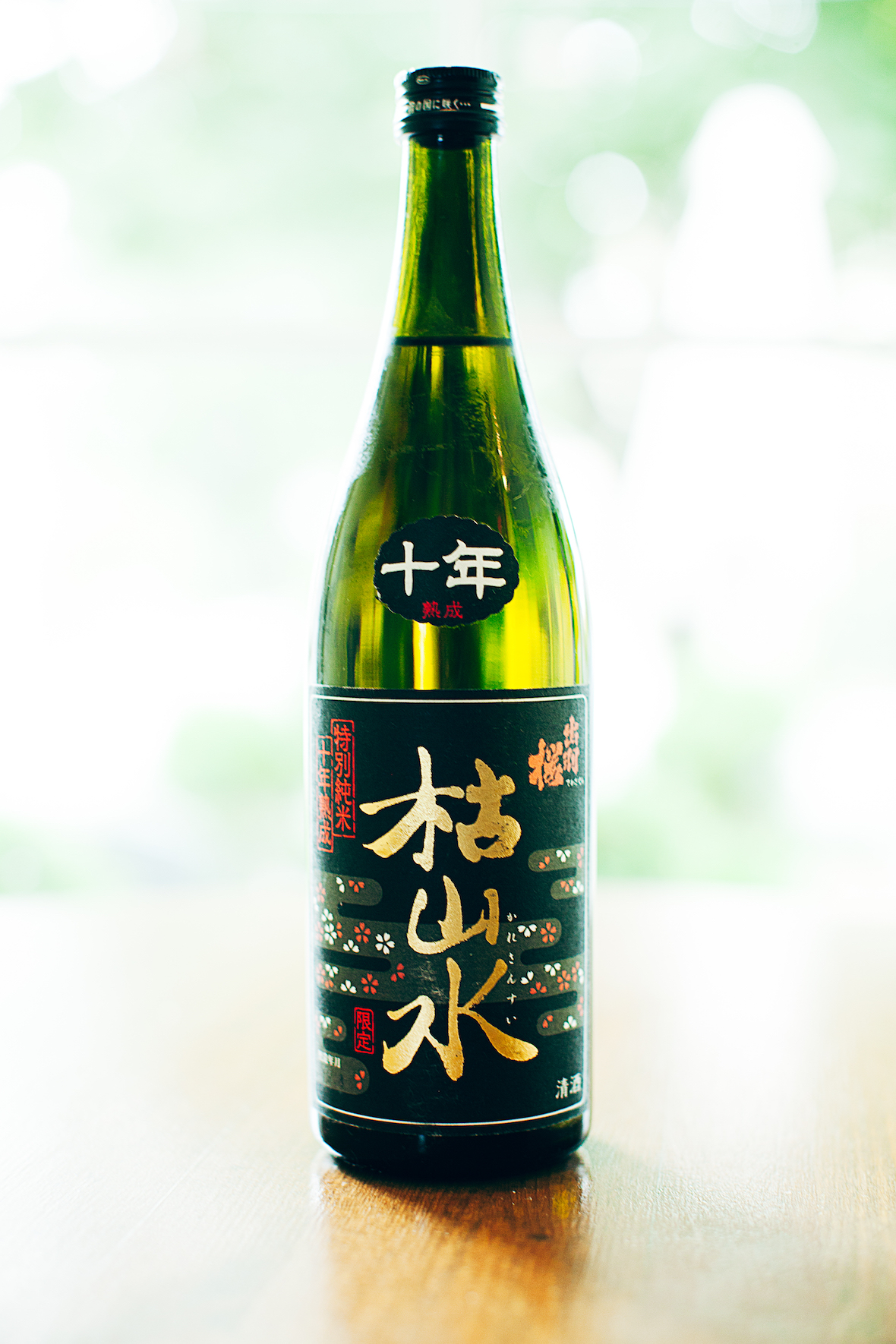 This year, Michi’s menu will include sake pairings curated by Yuki Mori from Brooklyn Kura, an American craft sake brewery. There will also be wine pairings from local wineries like Mattabella Vineyards and Raphael Winery. Last year, NOFO Champloo included wine pairings from The Old Field Vineyards in Southold. The Old Field farm itself celebrated 100 years of family ownership. Notably, Michi included the 2010 Commodore Perry Merlot, named after Matthew Calbraith Perry, the U.S. Naval Officer who was responsible for the opening of Japan to the West. The wine was hand crafted by Olive Perry Weiss, family winemaker and direct descendent to the commodore—a fact that coalesced the spirit of NOFO Champloo for Michi.

My mother has told me many stories of a restaurant she would go to everyday in her youth. It still exists alongside a busy pedestrian street hidden in the crowded center of Medellín, Colombia. It is called Versailles. That was where all of Medellín’s bohemia would get together [the intellectuals, the artisans, and the musicians] to hash out the politics of the day in the late 70’s and early 80’s. It was an invigorating haven with the best empanadas, café, y caldo in a city that hummed with danger.

While not as dangerous, there are many places like this in Greenport. But with the wide array of restaurants that are popping up in the village, it is difficult to wander off from the excitement of the Downtown. But more often than not, the most exciting things are always what are occurring at your periphery. That is always where the culture, the innovation, and the creativity lie. That is where you will find the beatniks; or else, the samurais. And they’re always the ones who change history.

You just have to walk a little further.

The next NOFO Champloo will be held on Wednesday July 31st, 2019. Follow @StirlingSake for updates and email info@stirlingsake.com to reserve your seat for @michi_rythem’s one of a kind tasting menu.