There’s no such thing as too much Carissa’s. 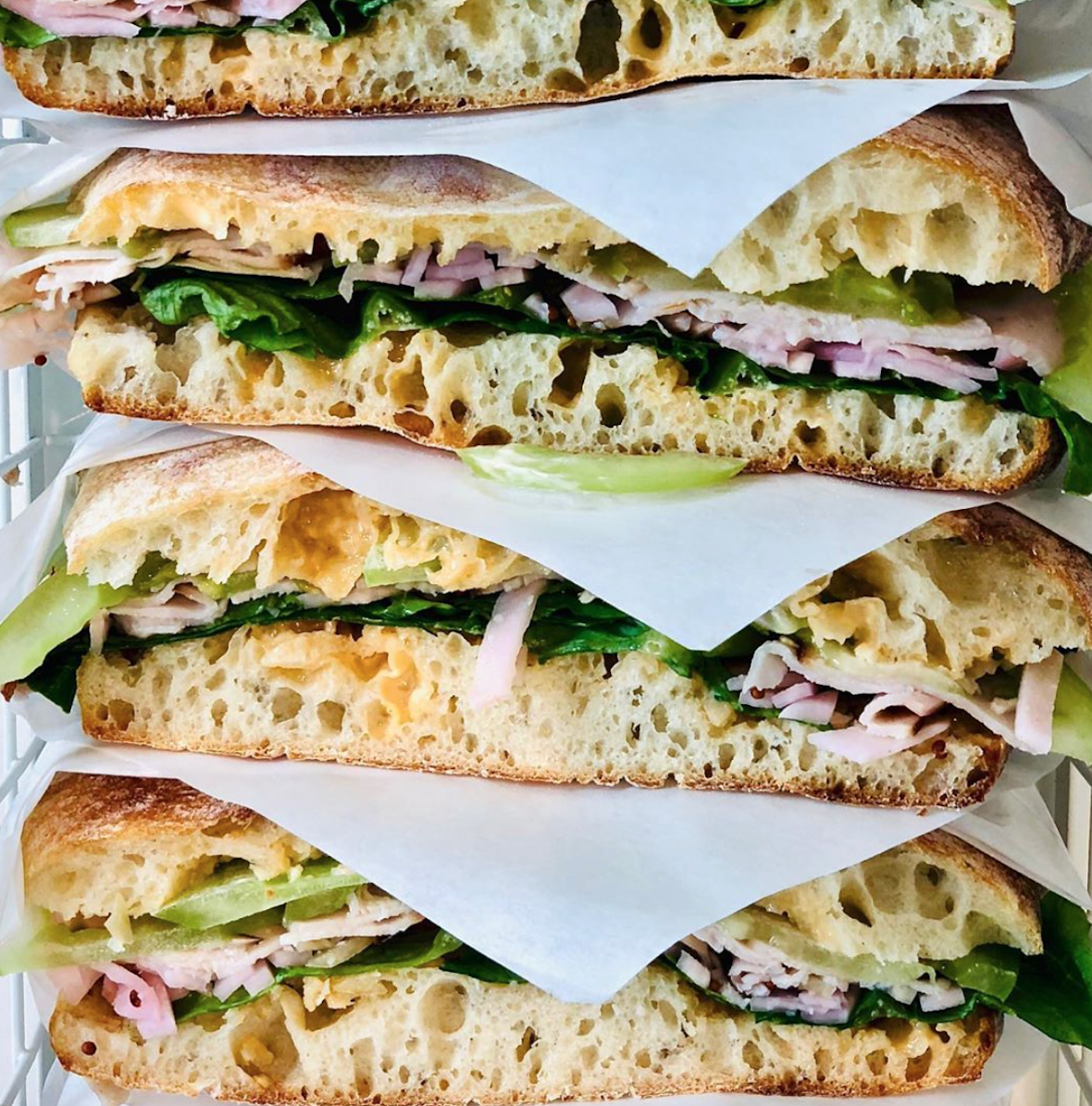 If you’re going to open a new concept in the Hamptons, why not strike while the iron is hot? This past weekend, while near-perfect weather drew in road-clogging crowds, the iron was undeniably hot. Perhaps that’s why Carissa Waechter chose this particular weekend to launch her newest project, a glossy, gorgeous café, located at 221 Pantigo Road in East Hampton.

The former space was home to a number of rotating—and famously unsuccessful—projects, including the Japanese import Momi, a short-lived ramen outpost that was never even half as full on a Saturday night as Carissa’s was at 11 a.m. on Saturday morning, when I stopped in for an impromptu brunch. For someone toying with the pillars of a ketogenic diet, a café and commissary dedicated to baked goods (and offering, as an addendum, a counter hawking homemade gelato, as well as a bar selling two other no-nos, beer and wine), my visit was, essentially, an exercise in restraint. I watched my husband devour a stunning, massive sandwich loaded with bacon, cheddar cheese, a garlic confit, and local greens—all stuffed between Waechter’s superlative bread. I was jealous. But I survived.

The reason I was able to carry on unscathed was that there was a shakshouka: baked eggs, roasted peppers, and spiced tomatoes, swimming together in a cast iron skillet. Yes, it comes with a slice of sourdough, but I ignored it and ate, instead, a side of Merguez (ok, fine, and a side of bacon, too). For now, the café serves a slim menu, until 2 p.m., with eight offerings, a handful of sides, coffee drinks, gelatos, breads, and assorted pastry service. There is no table service. Seating, by way of green leather banquette and rustic wooden table, is both indoors and out. A delicate atrium ignores the ugly fact of the highway. You don’t even know it’s there. This work-in-progress is sure to shape-shift with the summer. And we’re here for it.