Fresh, excellent eats in a family-friendly environment right on the marina. What more could you want? 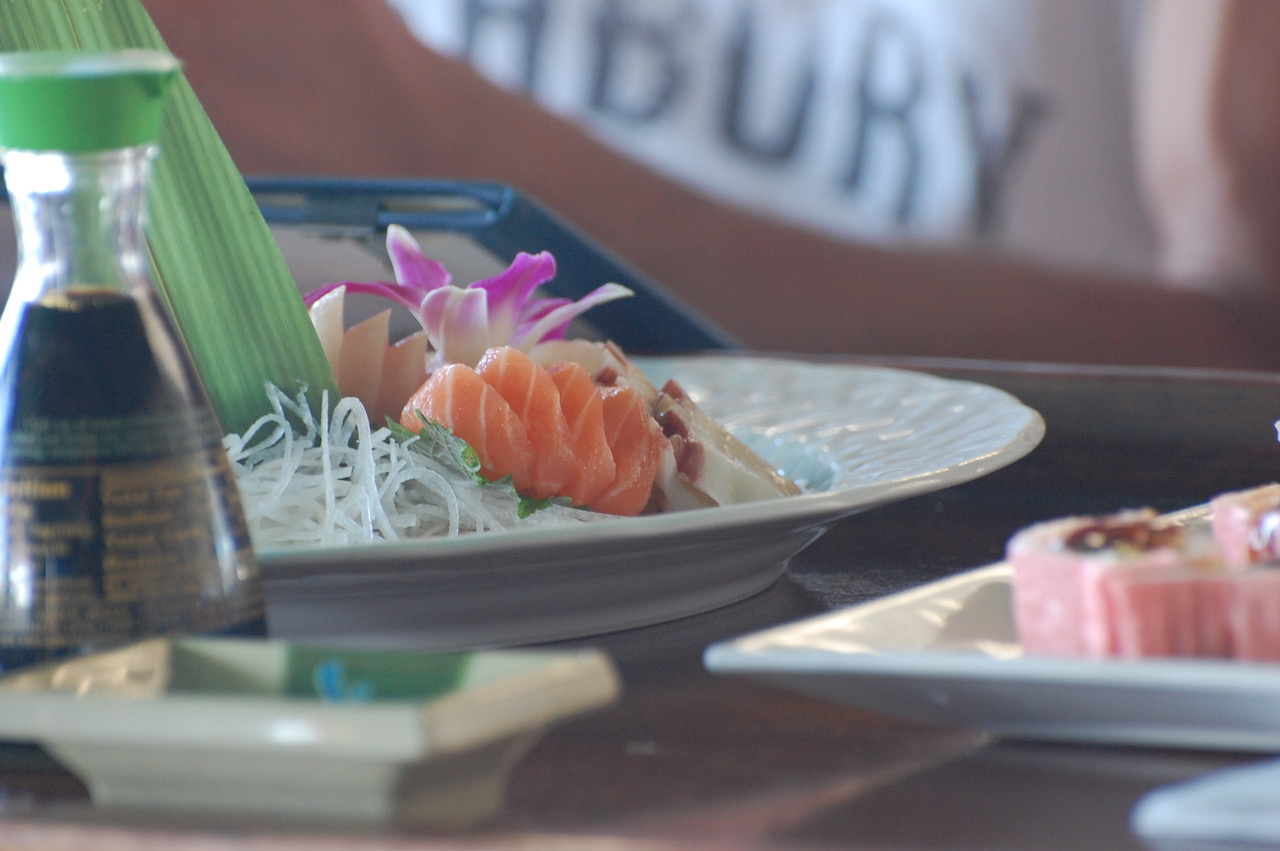 The first thing you notice, pulling down the driveway off of Montauk’s Westlake Drive, is how unassuming this place is. The parking lot is peppered with pickups, most of them belonging to fishermen. From beyond the asphalt, there is a slip of water visible, the occupied territory of the boats of the day. This is the bit of marina that restaurant Westlake Fish House calls home.

James Lyons took over the restaurant six years ago, in 2014, hoping to turn it into a convivial, family-friendly restaurant. His hard work, and that of his wife, Laura Escobar, who manages the restaurant’s operations, is clearly visible. Now in their sixth season, Westlake has settled into its space, with an accommodating menu boasting fresh fish and delicious cocktails. Mr. Lyons is actually a carpenter, with a love for Montauk—where he and Ms. Escobar now live, year-round—and food. The Wantagh native came to The End when opportunity struck, enticed by the prospect of living out his passion for food.

“Westlake is a seafood, family-friendly restaurant,” Ms. Escobar said. “Because we are located at the marina, we have the freshest food. When the boats come out, we see their catch.” The fish caught off of Montauk’s coast becomes the centerpiece of the restaurant’s menu. Every day, chef Shawn Hewitt, a Montauk local and former fisherman, translates fresh haul into a series of hot specials and sushi additions. 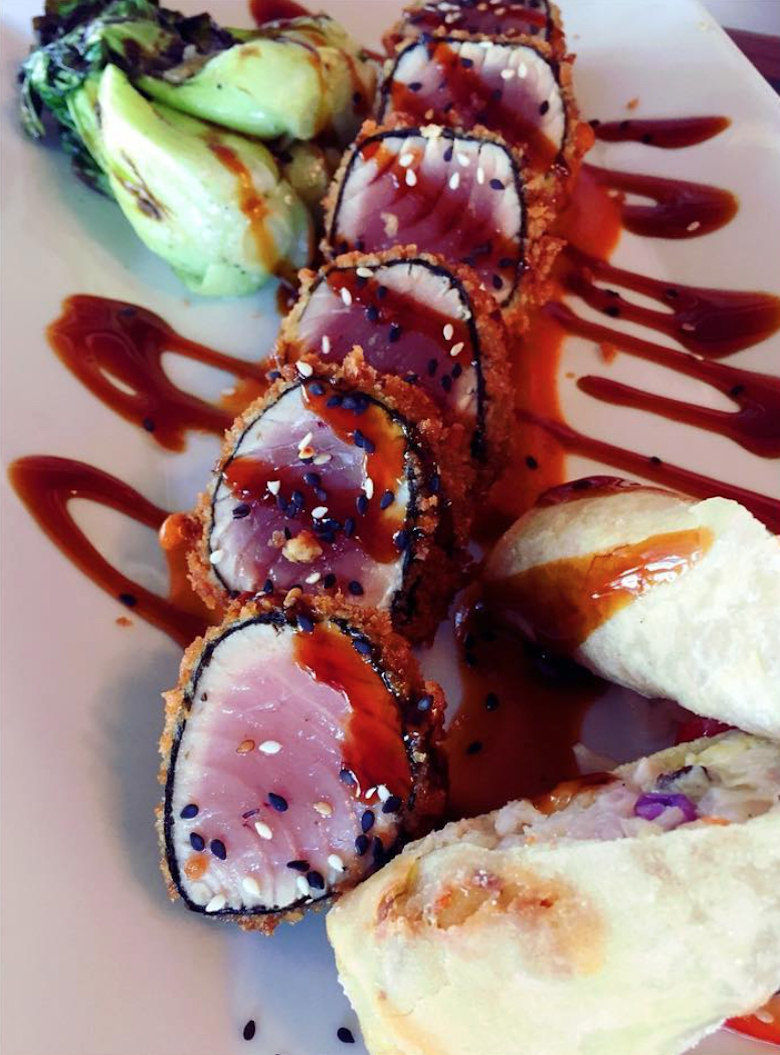 Westlake serves about 10 specialty sushi rolls, along with specials based on the day’s catch. • Photo courtesy of Westlake Fish House

Westlake serves about 10 specialty sushi rolls on their regular menu, along with whatever surprises chef Hewitt opts to add based on the day’s catch. Perhaps the most impressive is the aptly named Westlake, a combination of spicy tuna, avocado, and shiso, topped with local fluke and sea bass. If this menu feels aspirational, don’t get the wrong idea. This is a casual restaurant, Ms. Escobar underscored. “We cater to everybody, from families to people who come from New York. This is like an open house.”

Unlike many Montauk restaurants, Westlake serves breakfast, lunch, and dinner in season, seven days a week (they are open from early May through Columbus Day, and switch over to full season hours after school lets out). From 5:00 to 7:00 every morning, the restaurant offers breakfast for the early morning fisherman, with a hearty menu that includes omelettes, granola, egg sandwiches, and a “fisherman’s special”—scrambled eggs with cheese and bacon, served with a choice of coffee or tea, for $7.25.

In the kitchen, chef Hewitt embraces the bounty of the sea, using “pretty much all the local fish that we can get our hands on.” He buys sustainable fish, which he gets from Gosman’s, courtesy of the fishermen he knows and trusts. “My friends will tell me that they just dropped off,” he said. He’ll head straight to the docks.

Chef Hewitt, who worked for acclaimed chef David Burke for many years, and whose brother, Chris, was a chef for Bobby Flay, describes his style as a mix of the two. “I’m just trying to use fresh, local ingredients,” chef Hewitt said. “I play with food a lot.” The result of Hewitt’s fun in the kitchen is a series of near-perfect dishes, including a blue corn tortilla-crusted salmon over an avocado-corn relish, as well as his pièce de résistance: tempura-battered sea bass, fried, cooked, and served whole. 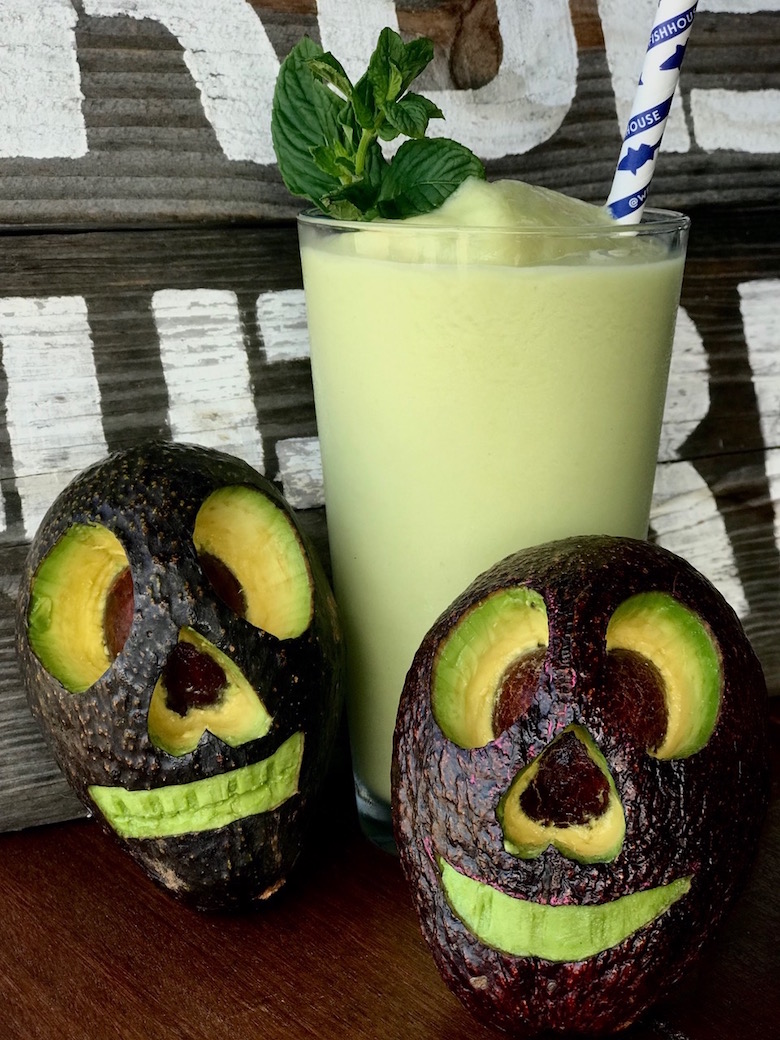 New this year to Westlake’s cocktail list is their avocado margarita. Yes, it’s as good as it sounds. • Photo courtesy of Westlake Fish House

It would be a sin to overlook Westlake’s cocktail program, which is both fun and seasonally directed. Frozen drinks—as well as a steady rotation of specials—are both fun and thoughtful. The traditional roster of piña coladas and strawberry daiquiris is fleshed out with frosé, a boozy milkshake, and a recent addition, a creamy avocado margarita, because everything can be made a shade better with avocado.

But Westlake Fish House is more than just a stellar, marina-adjacent restaurant. It’s a family, too. “Taking care of our employees is one of the most important things for us,” Laura Escobar said. “Because they make us. And, for six years, we have built a team that had been with us. A few of them have been with us since the beginning.” So make the trek. Take your frozen avocado margarita outside and stand by the boats, or play cornhole while you wait for your whole fish to arrive, with its crackly, addictive tempura crust. Westlake Fish House, you’ll discover, is a diamond in the rough.