Fourth-generation farmer, Mark Zaweski, shows how it can happen on his 100-acre vegetable farm. 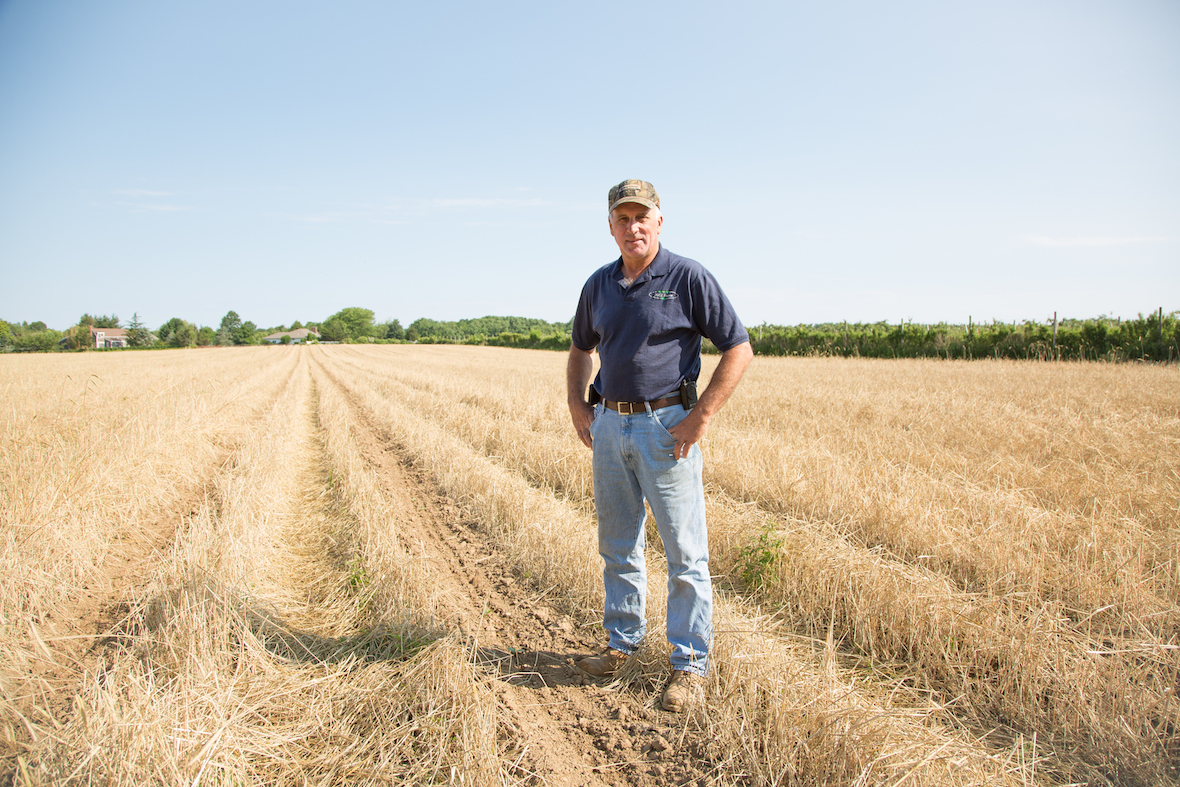 When North Fork farmer Mark Zaweski was five, he started planting cover crops on his father’s farm in Jamesport. It was an early lesson in the importance of building and maintaining healthy soil. A lesson that the fourth-generation vegetable farmer, who now runs MKZ Farms with his wife Emilie, has never forgotten. “We’ve never left the ground uncovered,” Mark says.

Mark’s experimental approach has led to the adoption of several conservation practices on MKZ Farms, including reduced tillage, integrated pest management and Controlled Release Nitrogen Fertilizer, or CRNF. Not only do these farming practices save time and money overall, but they also promote crop resiliency to severe weather through reduced soil compaction, greater water infiltration and promotion of microbial activity which helps promote robust roots on the farm’s vegetable plants.

In addition, Mark and his family chose to protect their land with a conservation easement about 20 years ago, meaning the 100 acres he’s farming will always be farmland. 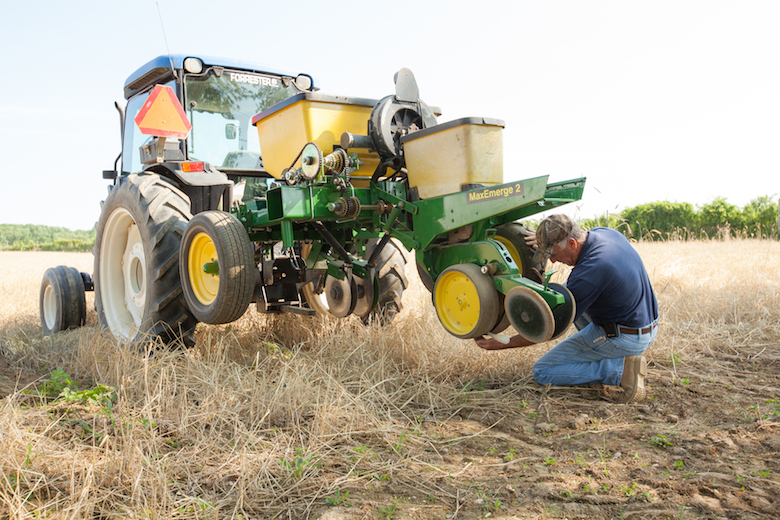 Mark and his family chose to protect their land with a conservation easement about 20 years ago, meaning the 100 acres he’s farming will always be farmland.

He’s someone who prefers to lead by example, and while he often gets questions from other farmers about his practices and whether they’re worth it, he’s earned the respect of both local farmers and agricultural agencies and nonprofits including American Farmland Trust (AFT) and Suffolk County Cornell Cooperative Extension (CCE).

“All the farmers here are excellent, but Mark’s always willing to try new practices and see for himself if it works or not,” says Deborah Aller of CCE.

Read more about the American Farmland Trust in our archives here.

For instance, when CCE bought a zone builder, a tool that decreases soil disturbance, Mark was one of the first to jump at the opportunity to borrow it. “You’re not doing so much plowing, so it’s a lot less wear and tear on equipment, and a lot less diesel fuel,” Mark says. “And the remaining crop residue eliminates the need to come back and disc two or three times before you plant. That is definitely a time-saver.” 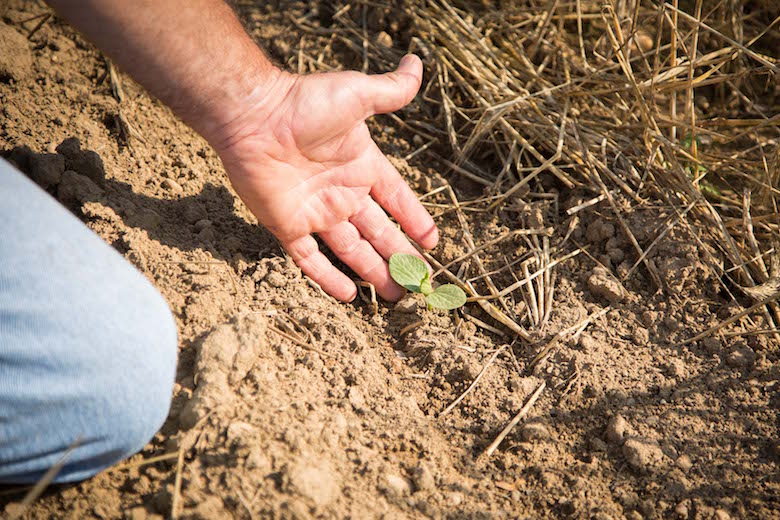 “The healthier the soil, the fewer amendments you have to put into it and the more money you save,” Mark says.

Last year, Mark hosted the Long Island Soil Health Field Day, an annual event that helps farmers learn how to take their soil health to the next level, with an emphasis on protecting water quality. He spoke to attendees about some of the practices he uses on his farm and the knowledge that can be gained from assessing soil health with tests like Cornell’s Comprehensive Assessment, which provides standardized information on important soil biological and physical qualities.

“The healthier the soil, the fewer amendments you have to put into it and the more money you save,” Mark says.

Mark is now planning the transition of his land to a new generation that will continue his legacy of caring for the soil and working with CCE, passing along the knowledge that began with planting cover crops as a five-year-old on his father’s farm.

Join us in saving the land that sustains us. Get your free No Farms No Food bumper sticker and learn what you can do to help protect farmland and support environmentally sound farming practices in your community.