Don’t leave without trying the razor clam pie, doused in Béchamel, oregano, and Calabrian chili oil, and then topped with chopped razor clams. 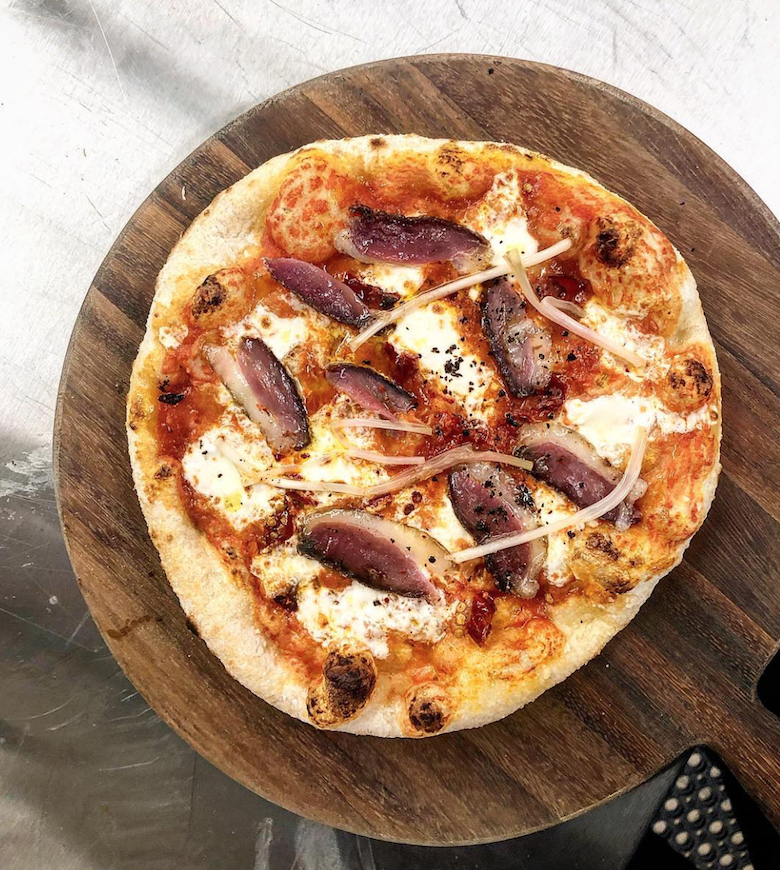 Bona fide Neapolitan pies have finally arrived on the East End. You just have to know where to look.

Sparing no expense, Blutstein commissioned a brick oven from the Brewster-based Forza Forni, a company whose CEO, Peter De Jong, identifies himself as “one of the foremost Italian brick oven experts in North America.” To hear Blutstein tell it, the oven, which can reach 900 degrees, fires pizzas in “two minutes flat.” The domed oven has a small window and a rotating interior, for maximum heat exposure. Which is to say: Sure, your home-baked, pizza-stoned version is probably pretty good, but this pie is way, way better.

Il Forno offers seven different pizzas, all of which come in one size only, a small, personal-ish size (truth be told, a reasonably hungry human adult could probably polish off two entire pies). Expect high-end ingredients, many of which are made in house. The duck prosciutto for the stracciatella? Chef Blutstein cures his own, in a temperature-controlled fridge. Naturally, the pickled ramps for that pizza are made in house, too.

Read more about local pizza in our archives here.

Purists can wade in slowly, with a margherita pizza that features the much-lauded fior di latte cheese, a rich style of mozzarella made from cow’s milk. The hot coppa pizza is the answer to the conventional meat lover’s, with loma (air-cured pork loin) and guanciale (pork jowl), rounded out by Grana Padano and tomato sauce.

There is a fennel sausage pizza, too, with ricotta, fontina, pecorino, and a confit of garlic, as well as a tartufo pizza—wild mushrooms, black truffles, robiola, and sage. The latter is perfectly Gurney’s, an upmarket approach to casual marina food. A pesto version is a play on traditional pesto, because there’s no basil here. This version is made with radish greens, and adorned with olives, red onions, and arugula. But the piece d’ resistance is the razor clam, a pie doused in Béchamel, oregano, and Calabrian chili oil, and then topped with chopped razor clams. 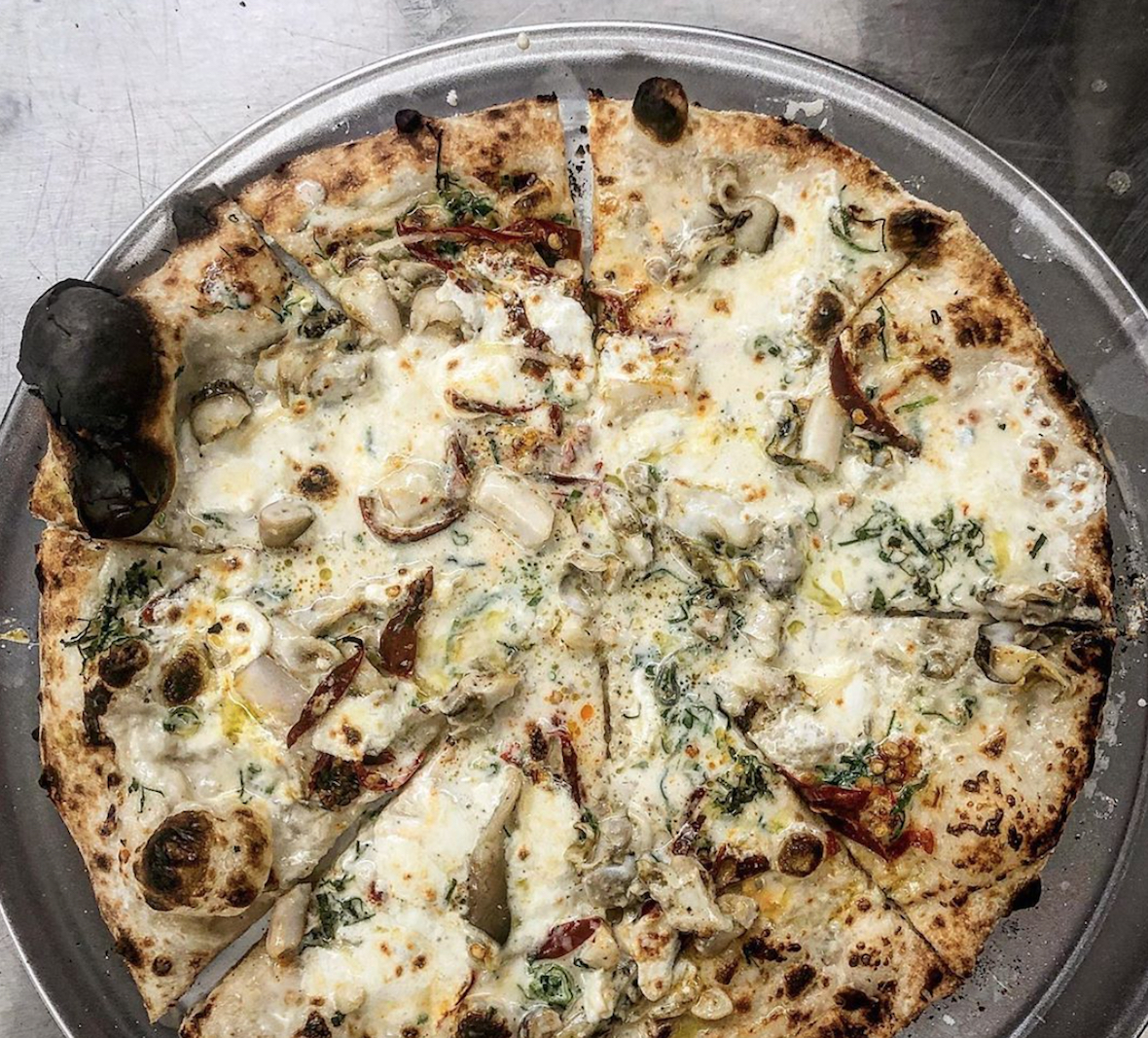 But we should talk about the crust, which is elemental to any good Neapolitan pie. These pies are necessarily toothsome, charred in the right places, and prone to leaving flakes of black in one’s teeth—which may not sound like an endorsement, but it actually is. If one can look this far past dental vanity, the pizza must be good. Because the pies are served in proper pizza boxes, they can be transported anywhere.

On a sunny day, the best place to take your box (or boxes, as it were) is outside, where the pool-adjacent bar has ample seating. Umbrella-shaded tables feature small, comfy couches, and the entire area, lush with planter boxes full of hibiscus, faces the water. A languid afternoon in the sun reveals the slow push of boats out to sea from the marina’s slips. You’ll want to order a piña colada from the frozen drink machine. You may even want to order two. With a view like that and a pie like this, you could be on the Amalfi Coast, soaking up Italy’s afternoon rays. But you don’t have to get on a plane to take this escape. It’s right around the corner. All you have to do is look.