Sour Cherries Are Finally Here. Here’s How to Use Them

Blink and you’ll miss them. Prepare and you’ll have the best cherry pie of the year. 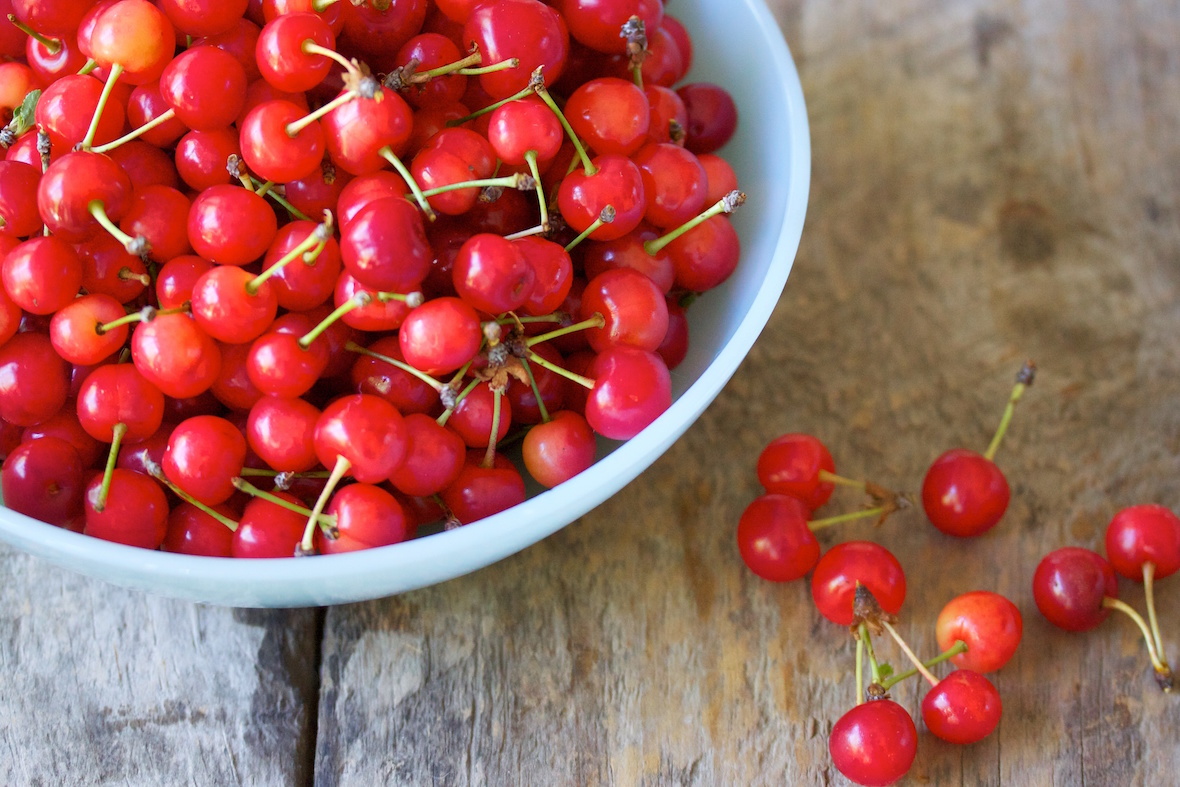 Sour cherries are here. Blink and you’ll miss them.

The season is lamentably short for sour cherries—those tart, red specimens so often found in the country’s best pies. Which is why you will need a game plan, for when they come to market. I’ve compiled my favorite uses for sour cherries here, so get reading, because the best week of the year is here. 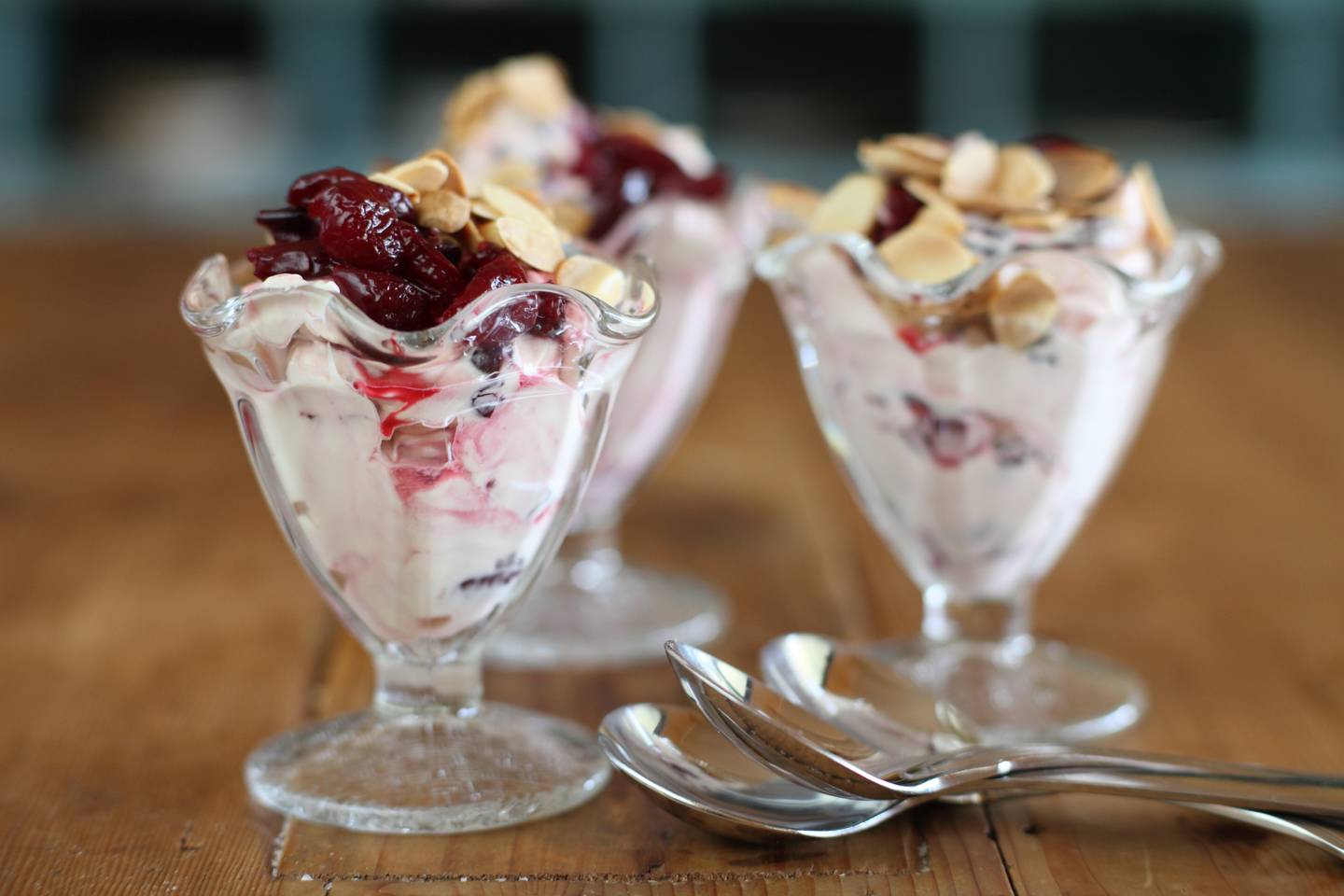 An English dessert, fools are are traditionally made by folding puréed fruit into custard.

I am completely obsessed with this English dessert, which essentially combines sweetened fruit and whipped cream. I’ve always used Mark Bittman’s 1999 recipe as a jumping off point. His recipe is simple: macerate fresh fruit (in his case, strawberries) in sugar, take half of them and make a purée, and combine the purée and chopped fruit with fresh whipped cream. With sour cherries, you’ll need to take two extra steps. First, they need to be pitted, and the best way to do this is with an unfurled paper clip. Second, the cherries are too tart to eat without loads of sugar, and macerating won’t do the trick. I cook mine quickly, so that they don’t lose their texture, on the stovetop with a cup of sugar to every pint of cherries. Once you’ve got them where you want them, chop half of them, pulse the other half in the food processor, and fold the whole thing into whipped cream (a cup of cream, beaten with a little sugar and vanilla, should do the trick). Spoon it into parfait glasses and enjoy the luxury of late June.

An Obligatory Pie, of Course 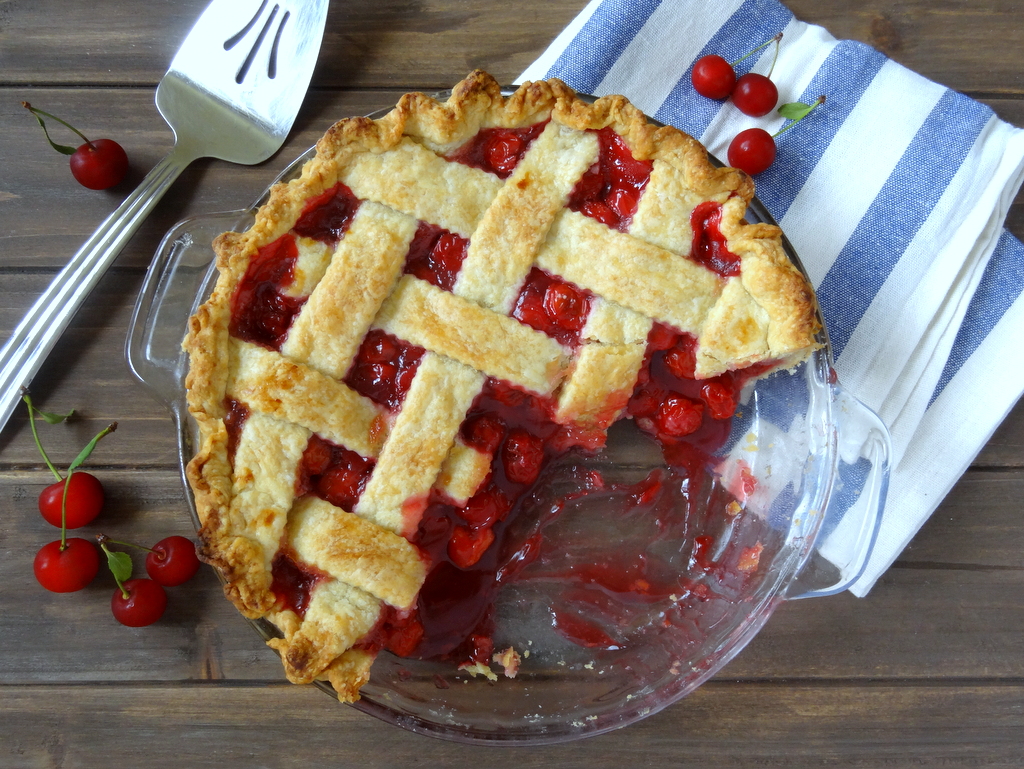 Just as the Long Island Cheese Pumpkin makes the best pumpkin pie; so, too, do sour cherries make the best cherry pies around.

Do not let anyone tell you that making a sour cherry pie from scratch is easy, because it isn’t. It requires a lot of stemming, pitting, and overall fussiness. That being said, there is no greater pie in the world, once everything is said and done. I stand behind the inherent worthiness of a butter-based crust, though if you have your own version, by all means, use it. Most pie aficionados will tell you that drippy fruit requires a blind bake to ward off sogginess, and I’m also a believer (when I have the time and inclination). If you’re new to pie baking, reference Melissa Clark’s superlative sour cherry pie as gospel. You can find her recipe here. 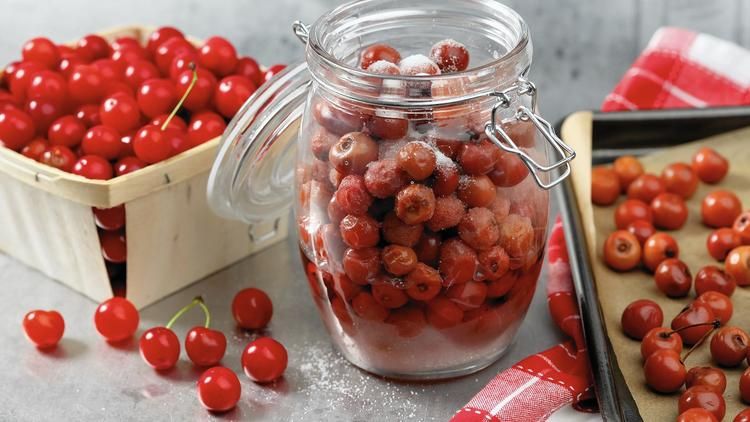 If you’re a Manhattan drinker (and even if you aren’t), there may be no better treat than cherries steeped in booze. Soaking cherries is really a no-brainer because, apart from pitting, there’s virtually no work involved. The cherries will last an absurd amount of time due to the preservative nature of the alcohol, but throw them in a pint container at the back of the fridge, just to be safe. You can add them to anything your heart desires, though I tend toward darker spirits—and, for my money, brandy is best. Heat the brandy quickly in a saucepan and pour it over the cherries and you have an upscale bar condiment that will last until next cherry season.

Cherry Pickles Are Less Weird Than They Sound 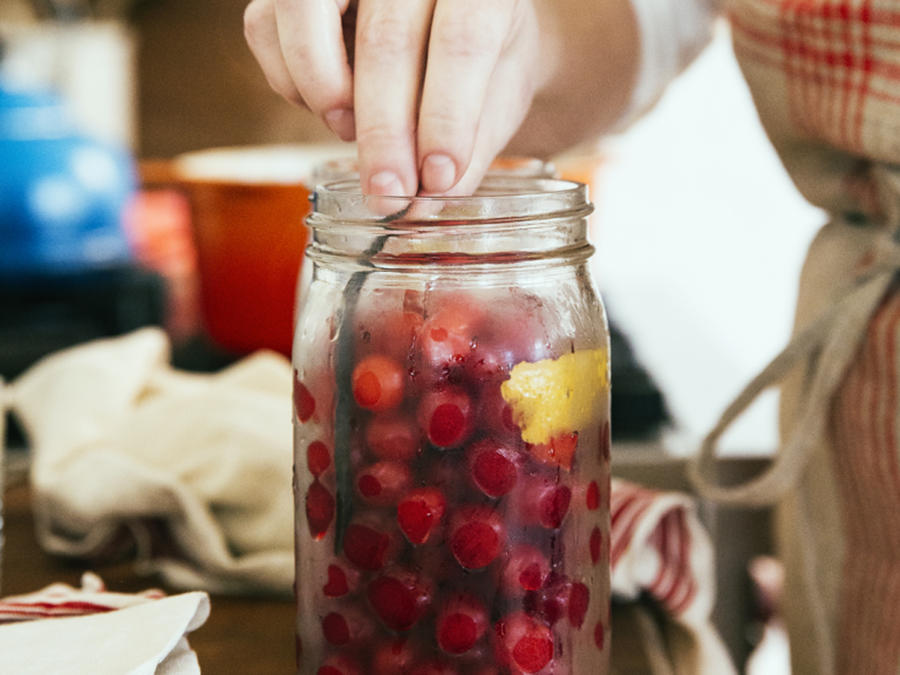 Pickled cherries are better (and considerably less weird-tasting) than you think.

I’ve been using David Chang’s slightly savory-slightly sweet pickle recipe for years, and sour cherries work particularly well with it. Combine 6 tablespoons of sugar with 2 ¼ teaspoons of Kosher salt. Add one cup of very, very hot tap water and stir to dissolve. Add a half-cup of rice wine vinegar (renowned for its sweetness) and pour the whole thing over one quart of pitted cherries. Then throw them in the refrigerator and wait 24 hours. You can use them as an accompaniment to cheese or as part of a sweet and savory sauce (think Long Island duck)—or you can eat them as a snack, straight out of the container.

You will need a fair amount of sugar to pull this off, but never mind—they are going on ice cream, anyway. Take three cups of pitted sour cherries (whole if you can maintain them), combine with a half-cup of sugar and a little lemon juice, sprinkle with cubes of butter (four tablespoons should do the trick), and roast them at 350 degrees for 15 to 20 minutes. The concentrated, juicy result is perfect over vanilla ice cream, custard, or pudding, but the cherries are also quite delicious spooned directly into one’s mouth from the pan.

But, no matter your pleasure, take full advantage of the bounty while you can. They will be gone before you know it.