Ramps Are All the Rage. They’re Also on Their Way to Being Endangered

A call to ‘ramp’ up conservation efforts. 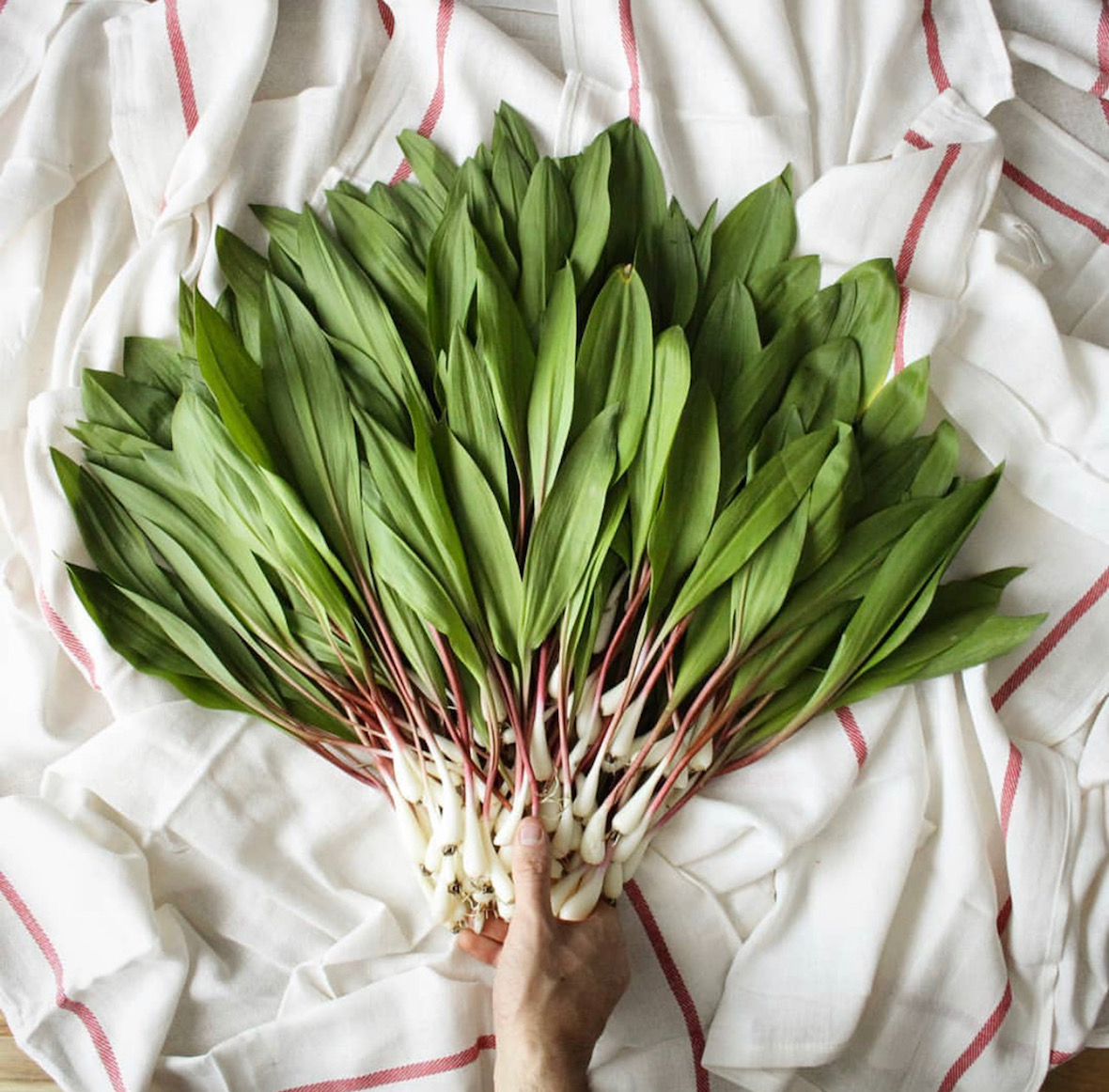 Ramps, a wild native plant in the onion family, have grown in popularity in recent years, appearing on East End restaurant menus and at farmers markets and farm stands. Along with their increasing popularity, however, have come concerns that the wild population is perhaps being over-harvested.

Also known as wild leeks, ramps grow wild in Canada and the Eastern United States, mainly in Appalachia, but as far west as Minnesota (‘Chicago’ comes from a native word for them.) In Quebec, ramps are considered a threatened species and foraging is limited to personal use. In Maine and Rhode Island, they are a species of special concern, and in Tennessee, they are also considered commercially exploited. A narrow-leaf variety is listed as endangered in New York and threatened in Tennessee.

According to United Plant Savers, an organization dedicated to protecting native plants, because ramps are a slow growing perennial, they are at risk of losing entire populations due to over harvest. They estimate that it could take 150 years for a population to recover if over-harvested. Ramps take 7 years to reproduce by seed, and only approximately 5% of those seeds sprout after a germination period of up to 2 years.

In 2012, the New York State Department of Conservation began to monitor wild ramp populations and made recommendations to sustain them, including limiting harvesting, encouraging cultivation, and educating people on the issues created by over-harvesting. One way experts recommend to harvest sustainably is to take only one leaf per plant, a practice that has long been used by the Cherokee.

Wildman Steve Brill, a forager and educator based in the Hudson Valley, waits until summer and fall to harvest bulbs, so the plant can still set seed. “Only take half of each bunch, or a small amount where the ramps are very plentiful,” he says. “This is not part of chef culture, but if we use the earth intelligently, we’ll have it for the future.”

Taylor Knapp, a local chef and forager, agrees: “I don’t forage ramps often, and I promote leaving the bulb in the ground.” Digging up an entire bulb not only prevents that plant from reproducing, but leaves a perfect spot for invasive species to become established.

At Bruce and Son in Greenport, chef Scott Bollman uses foraged ramps, usually from upstate or Connecticut, in pesto, puree, and juice. “We support sustainable harvesting of any kind, especially the harvesting of ramps. It’s important to preserve the rhizome and assure a seasonal return,” he says. “Nothing compares to the pungent unique profile of a ramp. There are plenty of spring garlics and onions, wild and cultivated, that we circulate into our spring menu.”

Ramps may be the most popular of the wild onion family right now, but they have cousins. Wild garlic, also known as onion grass and field garlic, grows plentifully. In the same allium family, it also has edible stems and bulbs with a similar flavor in the vein of shallots. Garlic mustard, an invasive species, was originally brought by European settlers as a culinary plant. In the mustard family, it has a garlic flavor in addition to the sharp bite reminiscent of mustard greens. A clever survivor, it produces chemicals that suppress the mycorrhizal fungi most native trees and plants require to thrive. Over-harvesting garlic mustard would be a favor to our native ecosystems.

Because the seeds are so slow growing and ramps require such careful horticultural practices, they are not widely cultivated. However, because of their extreme popularity and growing concern over sourcing, ramps have a lot of potential as a commercial crop. In the meantime, we can all be mindful in purchasing ramps, making sure we buy from reputable sources that are open about where they come from, who is picking, and what they do to ensure their harvest is sustainable. We should not be afraid to ask detailed questions about the source of our food.

Ramps have been celebrated and enjoyed for centuries or more as a harbinger of spring and a first taste of green vegetable after winters of meat and storage crops. The Cherokee boiled or fried the young leaves and ate them to treat colds. Let’s hope we can enjoy them for centuries to come as well.