These stories remind us that we don’t need to invent a new wheel; we just need to rise to the challenge of improving this one. 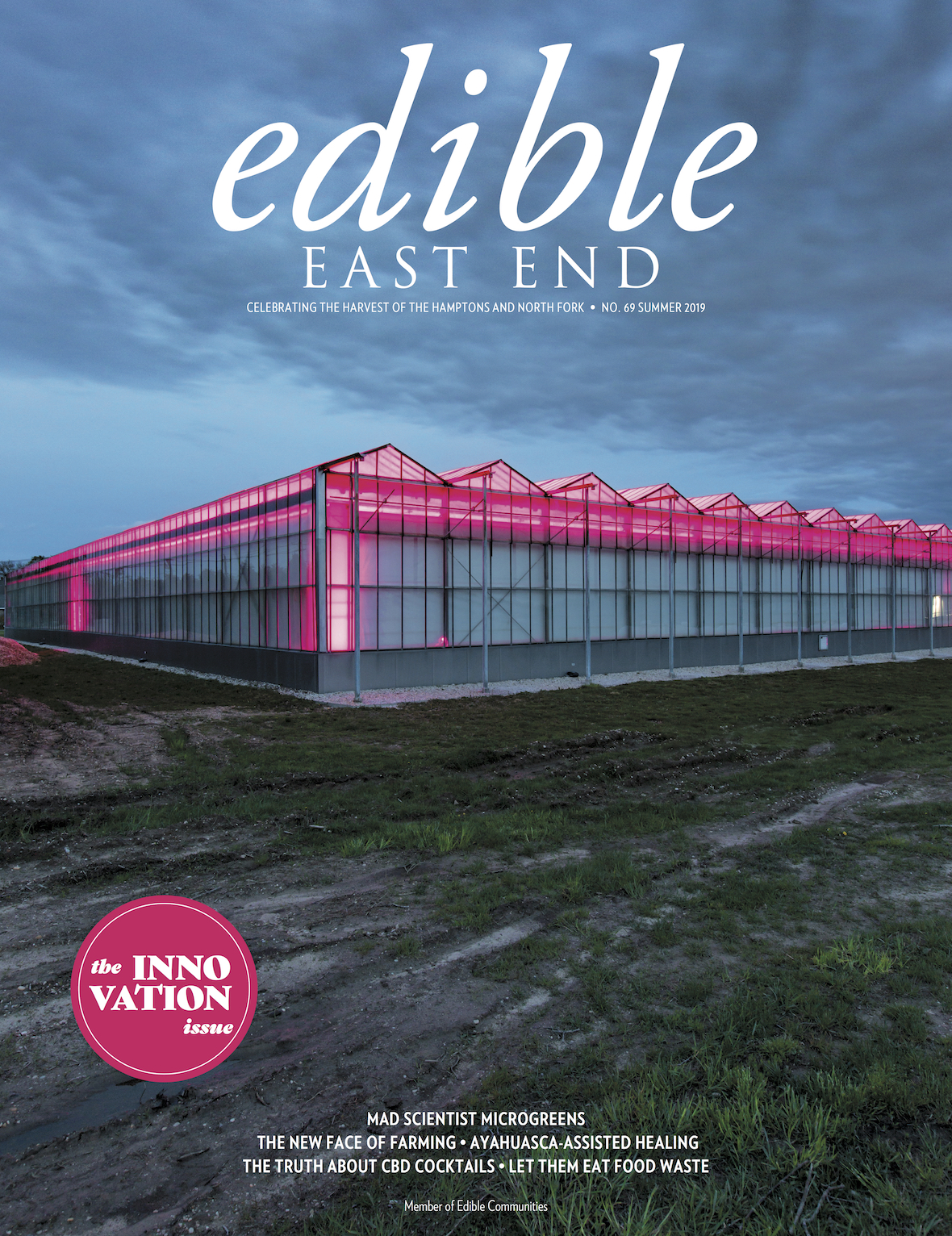 Long before it became home to some of the richest real estate in the country, Sagaponack was awash with oceanfront potato farms. These farms existed for centuries, productive and powerful thanks to the rich Bridgehampton loam, until richer and more powerful forces arrived and began to change the landscape. Soon, farms began to shutter, making way for mansions built to be occupied only two or three months a year. Nevertheless, a handful of farms have persisted.

“My father watched farms that he had always seen intact slowly dissolve,” says Marilee Foster, whose family has been farming in Sagaponack since the 1870s. Today, both she and her brother, Dean, are persistent in their family tradition. “We just had this resolve: ‘Damn, we aren’t going to let that happen.’”

You will meet Marilee later in this issue—profiled alongside three other female farmers on the East End—and you’ll see how she and her brother have clung to this resolve, surviving as farmers in a place that’s become increasingly inhospitable to them.

“I don’t farm in defiance of what’s happening; I farm right alongside it,” she says.

Could this be the secret to innovation? Not a Targaryen-esque desire to “break the wheel” but a more clear-eyed pursuit of fairness, excellence and progress from within it? The stories collected in this issue certainly make a case for it.

In Cutchogue, chef and farmer Taylor Knapp accepts that canned snails are the standard; wanting to do better, he raises and sells fresh snails to much success. In Springs, writer Kelly Ann Smith lives with Lyme disease; wanting to feel better, she ventures beyond traditional treatment options and finds relief in ayahuasca. In Riverhead, the owners of Koppert Cress know that natural sunlight is best for their microgreens; in a cold climate like New York, this is impossible, so they offer their plants the next best thing—red LED lights—instead.

Just as a sonnet derives its power from being limited to just 14 lines, the people and places featured in this collection have made themselves powerful by taking an honest appraisal of the limitations of the world around them and finding ways to succeed anyway. They remind us that we don’t need to invent a new wheel; we just need to rise to the challenge of improving this one. And they show us that, at the heart of this improvement, is something so much simpler than weird, techy meal replacement shakes or apps; it’s just normal people doing what they feel compelled to. No algorithm could ever replace that.