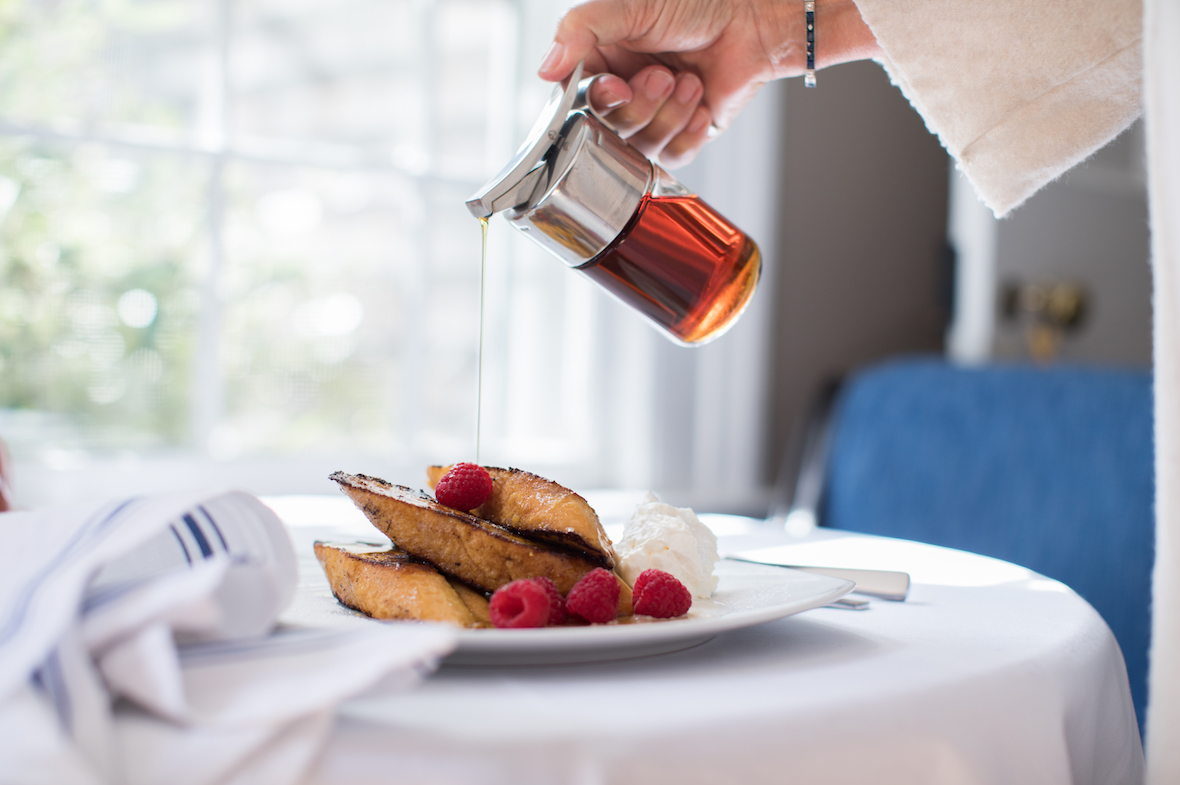 The Loaves & Fishes family has been delivering dreamy eats to the East End for decades. • Photo by Conor Harrigan

Sybille van Kempen’s family tree has borne a lot of fruit. Loaves & Fishes, the gourmet takeout shop bought and, for many years, operated by Sybille’s mother, Anna Pump, has been serving (and literally catering to) the East End for 40 years. From that branch grew the Bridgehampton Inn, which Sybille and her mother purchased together back when it was a boarding house and transformed it into a six-room bed and breakfast. Twenty-five years have passed since then. The Inn has become an iconic presence on Bridgehampton’s Main Street, home to 12 rooms, with the Loaves & Fishes Cookshop next door, in operation now for 15 years, and a critically acclaimed restaurant tucked inside the inn itself, which will celebrate its fifth season this summer.

It is hard to imagine deeper, more productive roots—and still, Sybille and her family are rooting themselves in the Bridgehampton community even deeper, with the release of their very own “Look + Cook Book” this June. 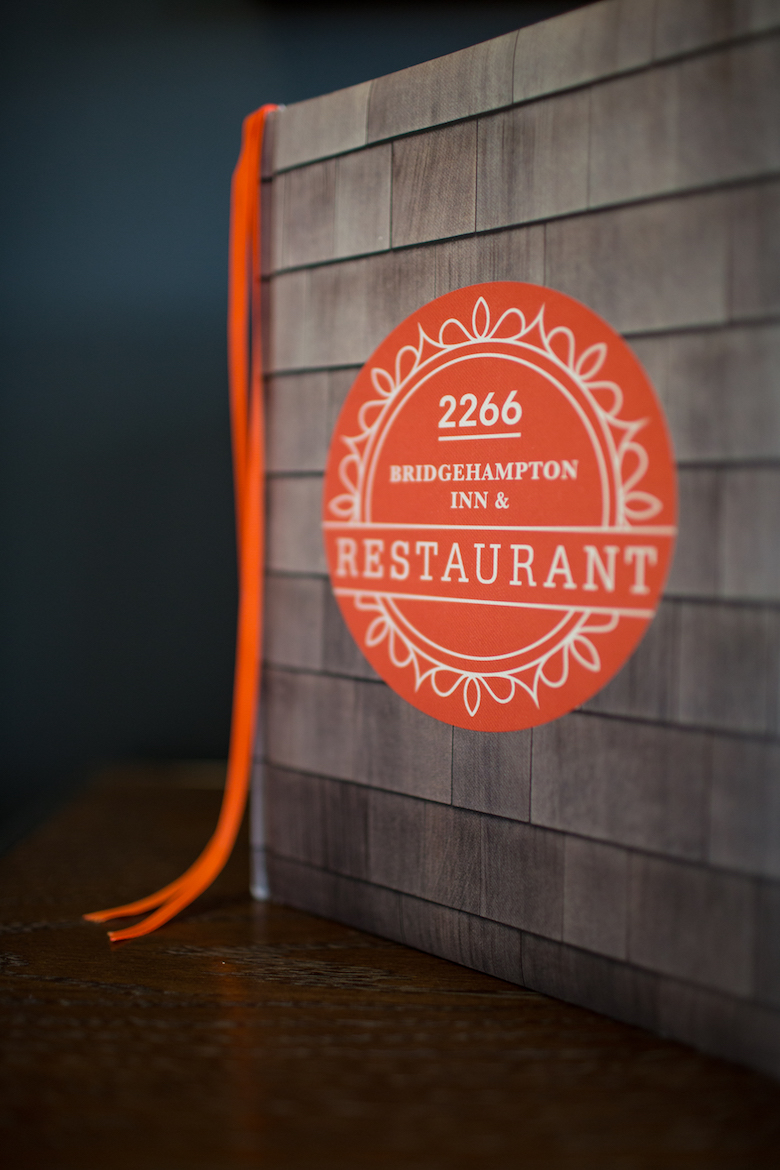 “When I opened the restaurant four years ago, I felt like it was a celebration of the inn and of our family,” says Sybille. “And I was so excited about that, about building something new here. I thought it was worthy of a celebration.”

And so the seed of Sybille’s idea—to create a book that would celebrate the long, good work of both her biological and professional families—began to germinate. With the arrival of chef Brian Szostak two years later, however, it finally began to sprout.

“When Brian came along, it was just magical,” says Sybille. “It was as if, instantly, we were speaking the same language. We started doing the menus together, but after six months Brian took over the whole thing and ran with it. That’s when I knew we had all the right ingredients in place to begin working on the cookbook.”

The final product—a beautiful, thoughtful volume whose many recipes are lushly, abundantly photographed by the supremely talented Conor Harrigan—was thoroughly worth the two-year wait that ensued. From the book’s cover, a pillowy rendering of the inn’s iconic shingles, to the edges of its pages, which appear in the inn’s signature color, it is clear upon first glance that this is not just any cookbook, but an objet d’art; something that, on top of excellent food and cocktails, will deliver an experience, much like the restaurant from which it gets its name.

Fittingly for a book about a heritage brand, the Bridgehampton Inn & Restaurant Look + Cook Book begins with an introduction to the family who brought—and continue to bring—the brand to life. Theirs is an immigrant’s story, as Sybille, along with her parents and brother, immigrated to the United States from a small town in Northern Germany in 1960, and it contains all the tenacity and ingenuity so many immigrant stories have taught us to expect.

Up next, of course, are the recipes. Cocktails open this section, as they should. Bridgehampton Inn & Restaurant is home to some of the most inventive, intentional cocktails on Long Island, and Kyle Fengler, the inn’s master mixologist, presents his signature, intensely thoughtful drinks just as vividly on the page as he does in life. 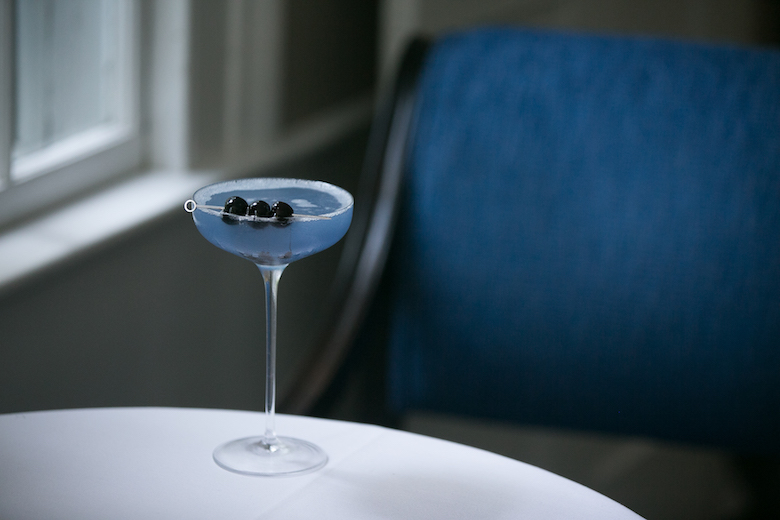 Kyle Fengler’s masterful cocktails are their own course—and they are rightfully presented as such in the cookbook. • Photo by Conor Harrigan

Excellent, non-fussy food recipes follow, broken down into the following categories: breakfast, small plates, large plates and sweet plates. On every page, chef Szostak’s Asian-influenced, impeccably creative cooking shines. Also present, most pleasingly, are heavy dollops of the chef’s sense of humor. Here, for example, are the directions for his Summer Fattoush Salad in full: “No need to overthink, it’s only a salad.” God bless a chef who encourages his readers to make a dish their own.

Sprinkled throughout the book, as well, are exciting, innovative uses of technology. Many of the book’s recipes contain QR codes that, when scanned, link to videos that demonstrate certain techniques.

“For example, Chef starts one of the recipes with, ‘Poach a lobster,’” says Sybille. “Well, how do you poach a lobster? So there we have a QR code. You scan it and Chef takes you into the kitchen, really quick, and shows you the technique. In that way, the book actually comes to life. It comes to you. That’s never been done before.” 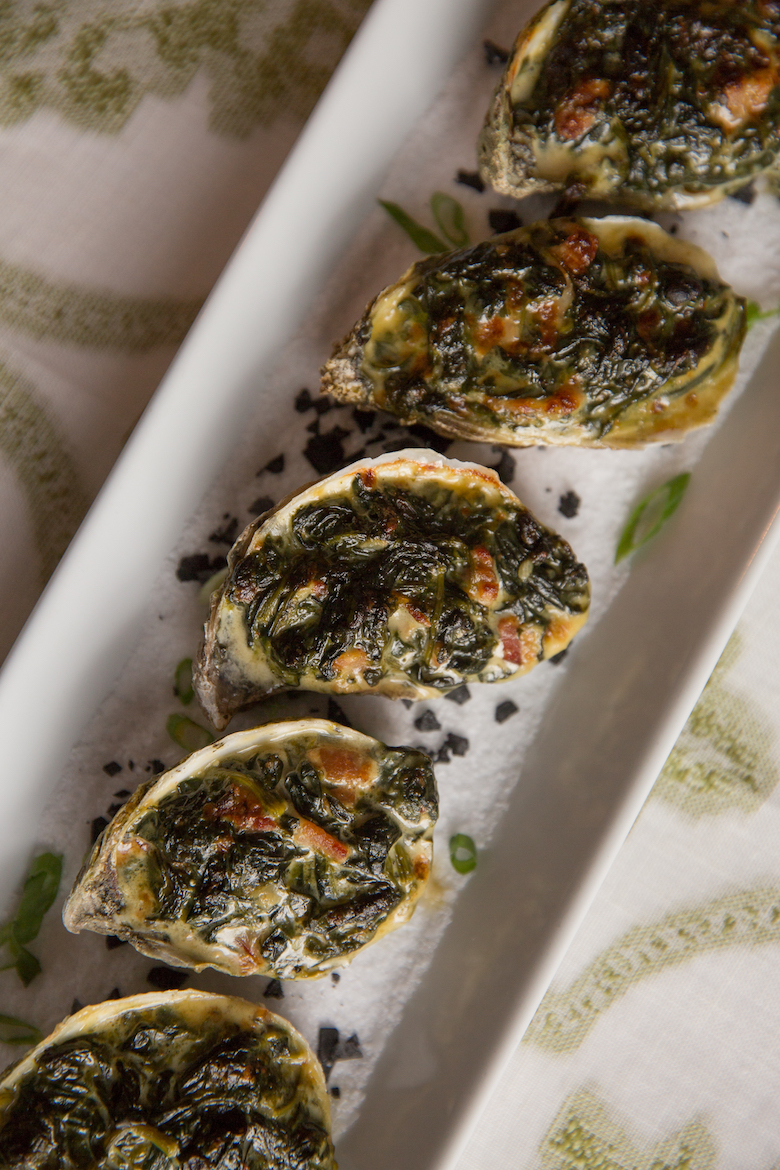 Readers of the Bridgehampton Inn & Restaurant cookbook are invited to scan the book’s QR codes for additional instruction and shop the Loaves & Fishes Cookshop via FaceTime. •  Photo by Conor Harrigan

Similarly innovative is the book’s integration of FaceTime. If readers fall in love with any of the dinnerware or flatware featured in the book, they can easily contact the Loaves & Fishes Cookshop via FaceTime to purchase the objects of their fancy. In this way, Sybille’s words are not a boast, but reality: This has simply never been done before.

This applies not just to the book’s inclusion of QR codes and FaceTime but to its mere existence, as well.

“There have been so many cookbooks that have been released in the Hamptons, but they’re lifestyle cookbooks,” says Fengler. “I can’t think of anything that’s actually representative of a restaurant. So for us to have done this, I think it’s really indicative of how much creative freedom we have and how passionate we all are about what we’re doing.”

“What we’re doing” sounds like too small a phrase to contain everything the Loaves & Fishes family is up to, both on and off the page, and yet Sybille is happy to distill it even further.

“My mother said it well: ‘We feed people,’” says Sybille. “So in that vein, we serve the community and we’re interested in making the community a better place. What else could we want? Feeding people is just in our DNA.”