From Jeremy Blutstein’s Showfish to more than a few city transplants, here are 26 (more) reasons to get excited for summer.

Ed’s Lobster Bar will open in the space formerly occupied by Bay Burger in Sag Harbor.

It’s that time of year again. The birds are chirping. The crickets are cricking. And the crowds headed on out. With season now officially starting (deep breaths, people), let’s take a look at notable openings and closings of the 2019 summer season out east. It’s going to be a fun one! 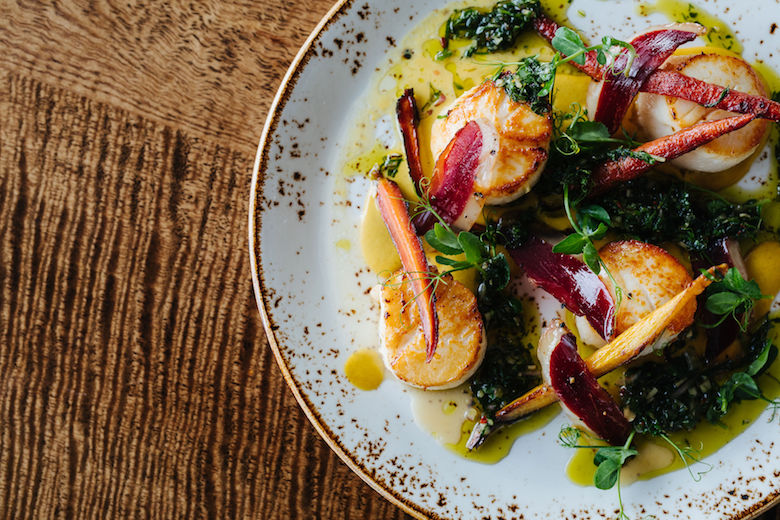 In Montauk, the entire community is abuzz with Gurney’s new project, Gurney’s Star Island Resort & Marina. And while the resort itself is certain to be noteworthy, the result of a long, arduous, and expensive renovation of the old Montauk Yacht Club, what is most interesting is the hotel’s set piece. A restaurant called Showfish at Gurney’s Star Island Resort & Marina is the star of the proverbial show, and it will be helmed by James Beard Award-nominated chef (and Almond alum) Jeremy Blutstein. The restaurant, which is set to open this month, will highlight local seafood and produce.

That’s the good news in Montauk. The unfortunate news, however, is that two restaurants will not be returning. The Irish pub O’Murphy’s, which lasted over two decades and occupied two locations in Montauk, shuttered in January for good. Montauk also lost The Old Salt (situated in O’Murphy’s original space). There is no news yet on what—if anything—will replace these two restaurants.

The #oneweekout wait is over: @cochecomedor is finally open! 🙌🏼 Read all about it today on EEE. Link in bio. 📸: @lindsaymorrisphoto #eeedailypic

Amagansett is bustling with two new summer arrivals. The first, Coche Comedor, is the long-awaited brainchild of the Honest Man Restaurant Group (Nick & Toni’s, Rowdy Hall, La Fondita, Townline BBQ), a sit-down Mexican restaurant built out of the bones of the former Honest Diner. The gleaming new space will share a courtyard with neighboring La Fondita, encouraging guests to visit both restaurants at once. Farther down the road, on the Napeague strip, what was once Cyril’s Fish House (home of the strongest BBC out east) will reawaken, finally, as Morty’s Oyster Stand. The much-maligned space, which incurred its previous owner more of his fair share of bills and citations, is undergoing an aesthetic and thematic makeover. Sam Talbot will run the kitchen, while partners Jeremy Morton, Charles Seich, and Jack Luber will handle the day-to-day aspects of the restaurant.

@pasta support group for the Spritz. Much love to the moms. #EEEEEATS

In East Hampton, the Bostwick’s team will be adding to their arsenal with a Springs space, a space that had actually housed the restaurant for many years. That space, off of Three Mile Harbor on Gann Road, was, for the past six years, Bay Kitchen Bar. Bay Kitchen Bar is no more, and will relocate to Southampton’s old Princess Diner on Route 27 (and will be rebranded as The Silver Lining Diner). As for the new Bostwick’s space, the working name is Bostwick’s on the Harbor. It is expected to be a seasonal outpost.

Multi-year pop-up EMP Summer House will not return to the Pantigo Road space in East Hampton this summer, following rumors that the town had received noise complaints. If EMP intends to reappear out east, their intentions remain unknown—at least to us. The old space will now be home to Paola’s East, a spinoff of the Madison Avenue Italian restaurant. The future of another East Hampton restaurant, Michael’s Restaurant, is changing. Chef-owner Luis DeLoera announced via Facebook that he would be closing for good. In Michael’s place, owner Rich Gherardi and chef Luigi Del Conte will open Bel Mare.

Last October, Sag Harbor’s Bay Burger said goodbye, much to the chagrin of burger-and-shake-loving locals. That space, however, will not remain vacant for long. Chef-owner Ed McFarland will open a version of the New York City restaurant Ed’s Lobster Bar on Memorial Day Weekend, just in time for the crowds. Joe & Liza’s ice cream, the successful offshoot of Bay Burger, lives on through the vision of new owners Amy and Sean O’Donnell, a Sag Harbor mother-and-son team. The team behind Sag Harbor’s Sen Restaurant (Tora Matsuoka, Jesse Matsuoka, and Jeff Resnick), along with new partners Stephen Loffredo and David Hart, has taken over the old La Superica space and are in the middle of a plan to refresh both the interior and the concept. The new restaurant will be called K Pasa.

In Southampton, New York City chef Terrance Brennan, of Picholine and Artisanal Fromagerie & Bistro, will helm Blue Mar Hamptons, a seafood-centric restaurant taking over the space that was, for one short season, Maison Vivienne. At the Capri Hotel, Stratis Morfogen brings his Asian dim sum-New York steakhouse concept to Southampton with Brooklyn Chop House, which will serve a menu similar to the menu in the City’s Financial District.

Jue Lan Club, the Chinese food restaurant and nightclub near the Southampton Long Island Railroad station, is no more. In its place, T-Bar, a steakhouse import from New York City’s Upper East Side, will open in time for the holiday weekend. The Garden at Water Mill will open in Water Mill right on Montauk Highway, with a summer-celebratory menu that will include crudos, “shareable bites,” barbecue, and large-format cocktails. Come July, the restaurant will feature a rotating series of chef pop-ups.

Westhampton Beach will welcome a new luncheonette, Salt & Loft, also in time for the Memorial Day holiday. The farm-to-table, single-service restaurant will serve healthy meals as well as gourmet products, like salt, vinegar, olive oil, and other pantry items. The restaurant will be open for breakfast, lunch, and dinner. Around the bend on the other fork, in Greenport, chef Jennie Werts, known for her multi-season pop-up, Jennie’s at Drossos, will open Ellen’s on Front. The 49-seat restaurant replaces the famous Salamander’s.