Barrow Food House to Open This Summer in Aquebogue

The concept is “fast farm food”—made with produce its owners have grown themselves. 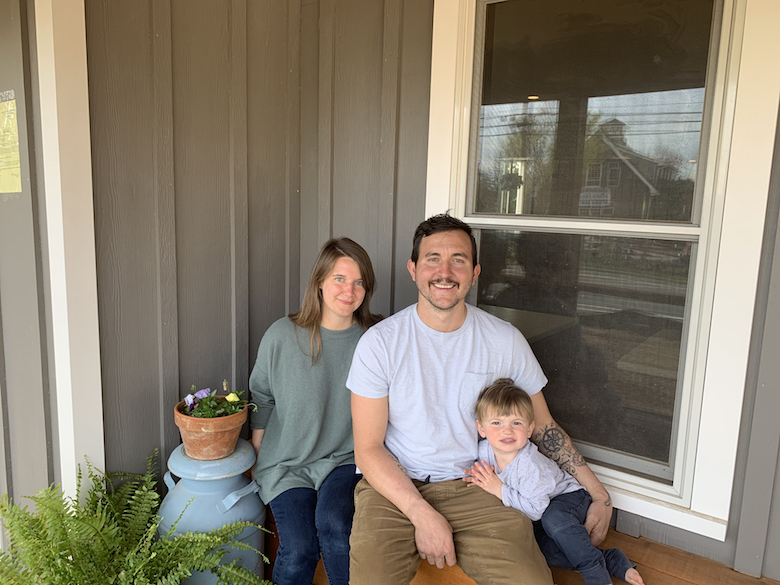 An almost ethereal early morning on the farm, unearthing the day’s ingredients into a wheelbarrow—this is how Kyle Romeo and Amanda Falcone imagine their days will begin when they open Barrow Food House in Aquebogue. A concept that merges farm fare with an elevated mom-and-pop atmosphere, the husband and wife team are crossing the experiences of being at someone’s home—their home—with a restaurant. The name is symbolic of hard work, a notion not lost on the chefs who have served as the contractors, tilers, designers, painters, and every other role as they work to finish the space focused on updated counter service.

Feeling there is often a disconnect between the kitchen and customers, Romeo, who also serves as executive chef of American Beech in Greenport, says it was crucial to have control of the floorplan. The result is an open kitchen behind a large counter space with limited seating where guests can see every process of the cooking and feel as though they are a part of it. 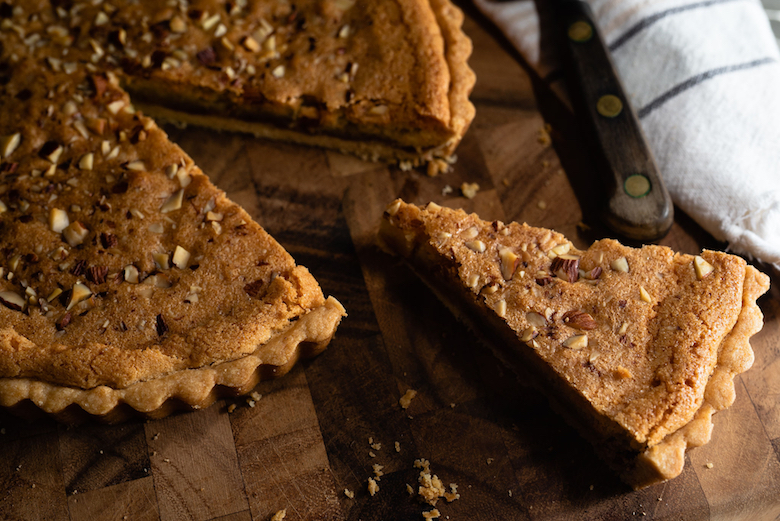 “I’m excited to be able to go to the farm in the morning and pick what I need and work with it every day,” says Romeo. “I’ll be farming in the morning and then coming to work here. Every day I want to be the one serving you, not on a fancy scale, but fast farm food. I want people to have that feeling every time they come here.”

Just a 10-minute walk from the restaurant is their primary produce source: Cedar Grove Farm. The property owned by Falcone’s father, Les, allows them to grow their own food, an uncommon feature for many restaurants. Onions, garlic, kale, okra, kohlrabi, peas, tomatoes, and leafy greens will be part of their harvest. Figs are especially huge as Falcone’s mother makes a fig chutney that will be used on their favorite sandwich, the roast pork with fig chutney mayo, parsley, and celery leaves. 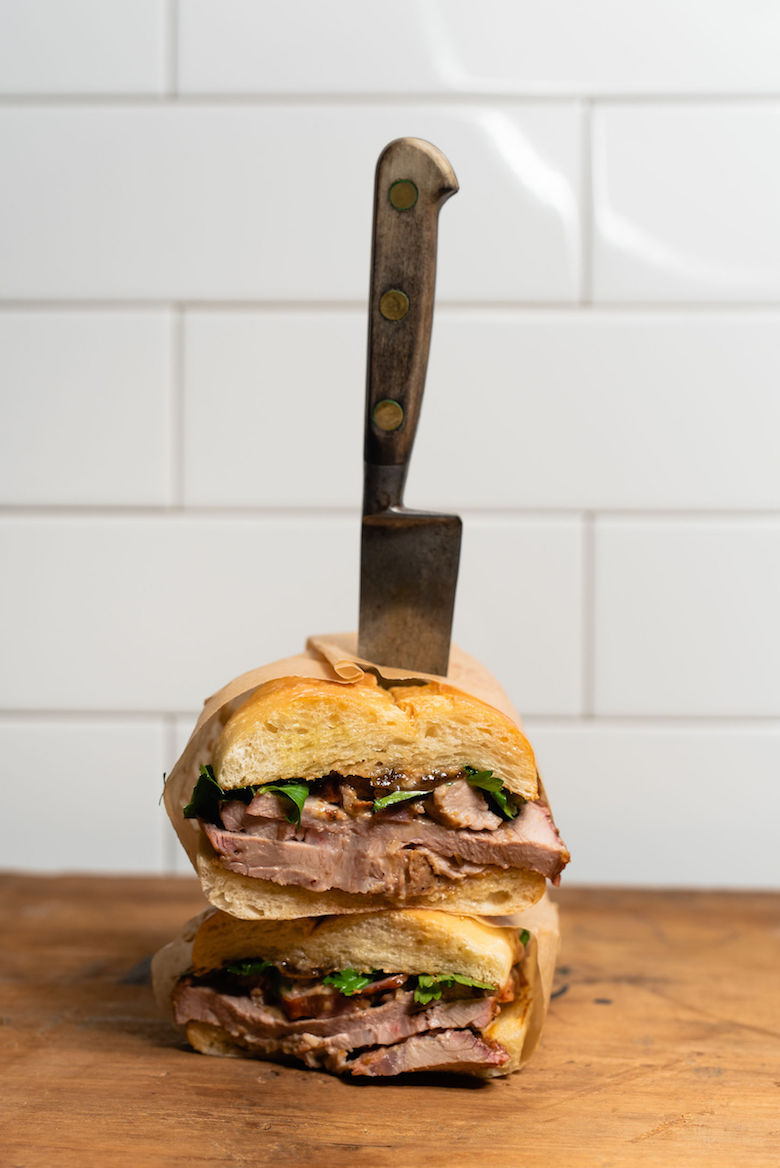 “We want to make reasonable decisions when sourcing stuff, so that means limited meat,” says Falcone, who has worked pastry at North Fork Table and Inn and in kitchens in Manhattan. “We’re going to have fish that rotates with whatever is available. We want to use Crescent Duck Farm as well because they’re right here.”

Duck will be used in various ways, like duck frites, using duck confit in various dishes, and cooking in duck fat. The sustainable concept in sourcing meat and fish is complemented by vegetable and other food discards going back to the farm. When it comes to creating items, the pair work separately to come up with their own ideas, merging and fine-tuning concepts to create the menu. Every aspect from prepping to closing is thought out.

The concept meets the interior aesthetic with a tasteful combination of natural earth tones with a slight semblance of a 1960s theme that is slightly vintage but not overdone. A deep moss-like green is accented by floral patterns in shades of blue, golden rod, and soft oranges on walls. The large L-shaped bar/counter is reminiscent of farm table wood with just a few stitched green stools. In the center of the room with minimal seating is a standing bar where guests can perch as they sip canned wine, beer, and cocktails. Outdoor seating will be available with customers ordering from a window, similar to a food truck.

Falcone, who grew up in Aquebogue, has found the area is becoming more of a real hamlet. Tapping into a crowd that is lacking a good brunch/lunch place, they hope Barrow Food House will add to the landscape of other foodie spots and shops that have opened nearby. She and Romeo also find inspiration from her grandfather, Robert Farrar Capon, who was an episcopal priest and published theological cookbook author. Now, they eagerly await a June opening.