Lucharitos Is Growing: A Beer, a Third Location, and a Farm

The third location of the beloved Mexican-American restaurant will feature fresh churros out back, a wood-fired quesadilla oven, and goats (just for fun). 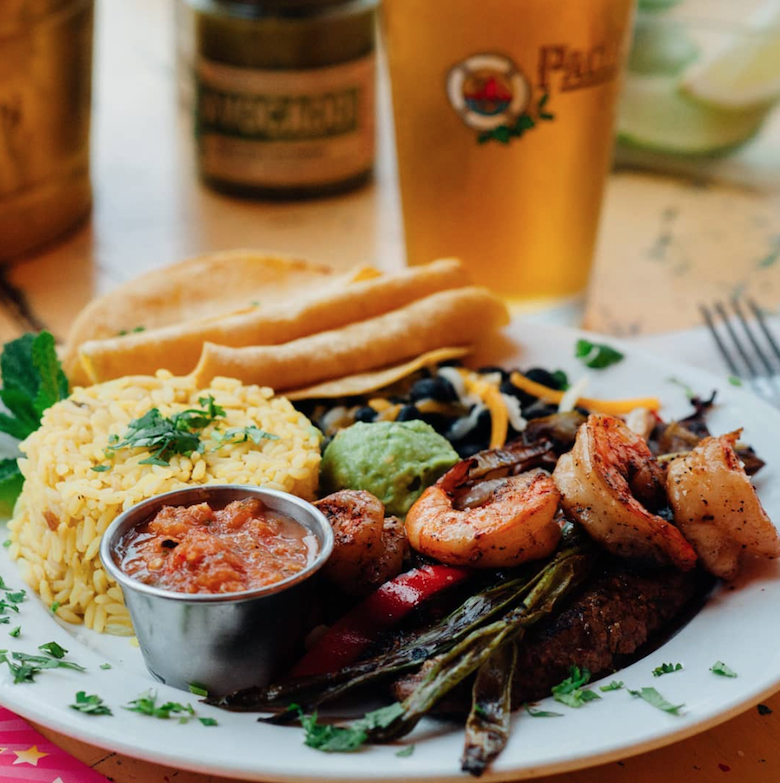 Lucharitos, the beloved Mexican American restaurant with locations in Greenport and Aquebogue, is expanding its offerings, as well as creating new community collaborations.

Lucha lager, a Mexican style beer created by Greenport Harbor Brewing Company exclusively for the restaurant, is now on tap at both locations as well as at the brewery’s Peconic tasting room. In addition to this exciting development, Lucharitos is also beginning to offer a larger selection of merchandise at both of its locations, as well as online. While Lucharitos has been selling hats, shirts, luchador masks and toys for years, Kevin Sage, manager of the Greenport Lucharitos, is now a managing partner for the brand, and is planning more items, including growlers and new apparel styles. To top it off, late last year Marc Lamaina, Lucharitos’s owner, announced a future third location in Center Moriches that will incorporate a restaurant as well as a farm.

If you see this tap handle this weekend. Point to it. Say "one of those" and enjoy yourself a Lucha Lager! You deserve it (just guessing here)… @estd.1981 @ksage80 @accidentalempire @greenportbrew #greenport #whaleycool #whaleylucha? #thatswhaleyfunny #ogs #theoriginalgangsters

Brewing a custom beer has been a longtime dream of Lamaina and Sage, one they spoke about with folks at Greenport Harbor Brewing last summer. The end result of that conversation? Brewer Pat Alfred created for Lucharitos what Sage describes as “a crafty Corona.” The light, easy to drink brew is flavored with sea salt, key lime, and flaked maize. On tasting the finished product for the first time, the Lucharitos and Greenport Harbor Brewing team remarked on how the sweetness of the corn really comes through on the finish.  “It was the tortillas we threw in at then end,” Lamaina jokes. They brewed 20 barrels to start, and plan to keep the restaurants stocked.

The Greenport location will also be newly stocked with a brand new counter and shelving unit built by woodworker Ricky Saetta, whose work decorates Little Lucharitos in Aquebogue. By using the newly opened House of Print in Riverhead, which Lamaina is also a partner in, the Lucharitos team will be able to make more small runs of different color combinations and styles of shirts, hats, and more. “The retail side is actually a substantial part of our business, so we’d like to expand it,” says Sage.

This is a Tag Team Championship in the making… . . Coming soon… . . A very #slamablebeer

At the same time, they’ll be expanding to a third location in Center Moriches, onto a property that formerly housed a farm and cafe. Lamaina’s vision for that is similarly large. He’s begun renovating the former cafe building to create more seating and plans for Saetta to work more of his magic around the property. An existing arbor and the table beneath will transform into an outdoor event and party space. The chickens that come with the farm will stay and be a feature for families to visit, in addition to an enchanted garden and a greenhouse full of succulents for sale.

The farm field itself will become a pick your own paradise of flowers, herbs, fruits, and vegetables, as well as a haven for birds and butterflies. Excess produce will make its way into the restaurant in the form of special cocktails or menu items and also be available for sale at a farmstand, along with floral bouquets. Painting his vision, Lamaina also mentions fresh churros out back, a wood-fired quesadilla oven, and goats (just for fun). “I want a place where kids can run and taste a fresh tomato and watch chickens. My kids and my wife love to just come and watch the chickens here,” he says.

With delays caused by the government shutdown earlier this year on a federal small business loan, Lamaina is hoping to open at some point this summer, and work has already begun. In the meantime, if you need more of a Lucha fix than a custom lager and a new hat, check out their partnership with East End Food Tours to offer Tuesday taco and tequila cruises around Greenport harbor on a newly restored vintage wooden yacht.